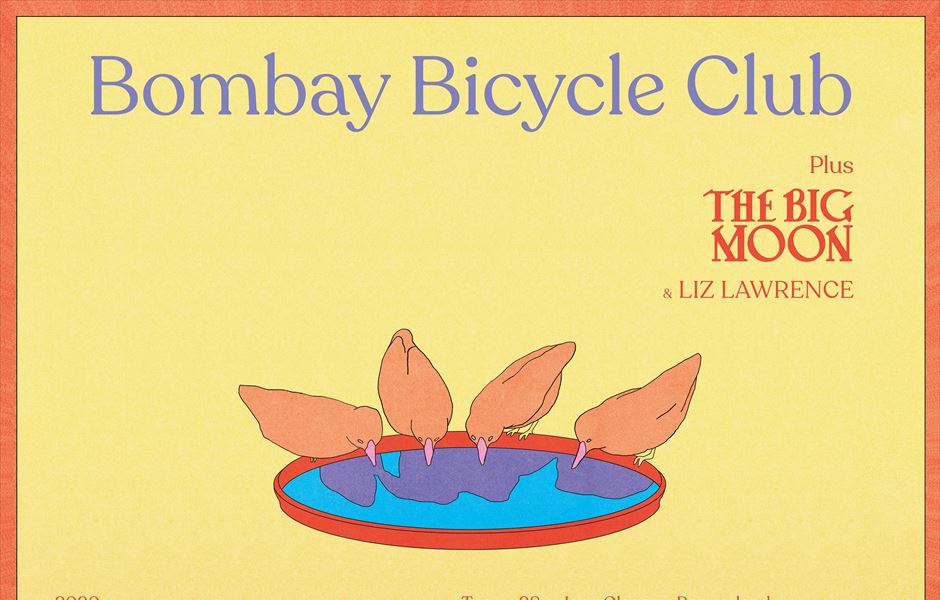 After a three year hiatus, indie artist Bombay Bicyle Club made their return last year with a few select shows and a headline performance at Wilderness Festival. The band also announced that they were recording a new studio album and touring once again in 2020.

The first stop of their current UK tour was in Cambridge where they had arranged an instore signing and live set at Fopp. Shortly after the signing, they were due to perform at Cambridge Corn Exchange for their evening show, which was a sell out!

Not only did ticket holders get a great deal for their money when purchasing their tickets for the big return of BBC, but they were also treated to performances from support acts too.
First up was Liz Lawrence , a solo artist from London. She appeared on Bombay Bicycle Club’s latest album ‘Everything Else Has Gone Wrong’. She performed a few songs which saw the night set off to a great start.

After a short interval the second act entered which were four piece all female band The Big Moon. They perfomed songs from both albums in which their second album which had only just released ten days before the show and peaked at position 19 of the UK album charts. Its clear that these girls are going to do quite well on the music scene in the near future.

Soon after the end of the second of the night’s support act, everyone was left eagerly awaiting for the main act of the night to make their way to the stage. The background of the stage had two rock like ramps at the back and four squared lights at the top. The band entered with two other members (including Liz Lawrence).

The first song to hear from them was ‘Eat,Sleep,Wake (Nothing But You). After performing a few new songs, band member Jack said they had celebrated the ten year anniversary of their debut album ‘I Had The Blues But I Shook Them Off’ last year which was a reason the band decided to get back together. The crowd really loved to hear these classics.
With the band’s music, everyone could dance along and have a great time. After the encore they perfomed the title track of the new album and ended with the single ‘Always Like This’.
The band also mentioned they would be doing a signing after the show in the foyer at the merchandise stand.

I have a feeling that Bombay Bicycle Club will be in high demand when it comes to the festival scene throughout 2020.

There are still dates available on their UK tour and European and American shows, so make sure you go and check them out.