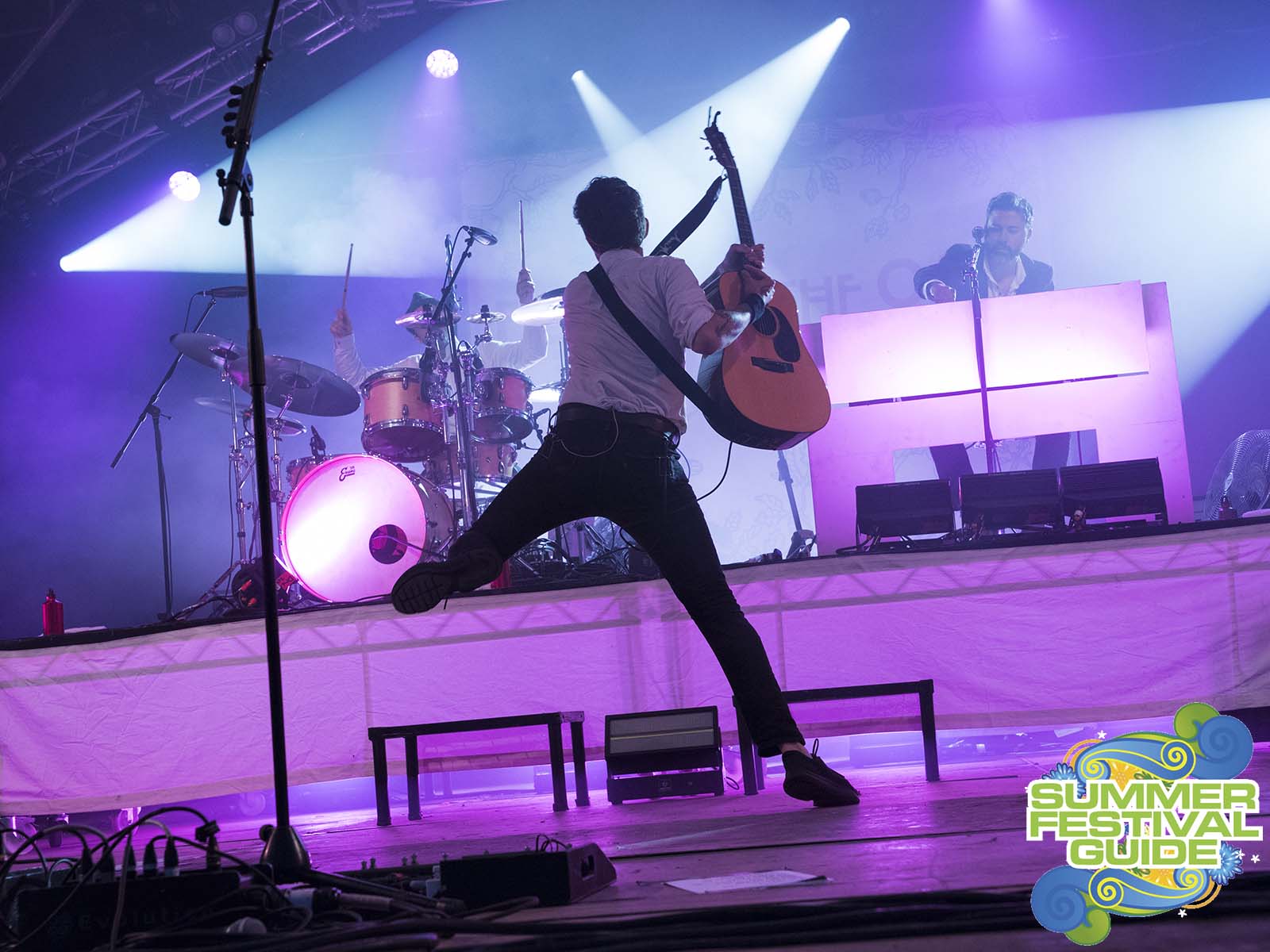 With being the first time attending Folk By The Oak I wasn’t too sure what to expect as I am so used to a lot more rock music than folk. Attending the festival I entered the grounds of Hatfield Park which is just North of London. The site is filled with grasslands and woodland areas. Entering the festival was really quick and first thing I saw was a huge selection of food and drink vendors from roast pork and stuffing rolls to vegan cakes and tea to freshly made lemonade. There were gazebos and tents with people chilling on their chairs and blankets with picnics. Folk By The Oak had 2 stages which was the main stage and the Acorn Stage both showcasing some amazing acts throughout the day.

My most notable acts were The Trials Of Cato a power-folk trio from Wales. I first heard of these guys from a family member who has seen then busking around the city of Cambridge so I made sure to check them out. The trio put on a fantastic performance with songs such as ‘Tom Paines Bones’ ‘Gloria’ ‘Haf’ and more. I will definitely be checking these guys out again when I can. Their album Hide and Hair is out now and worth having a listen to.

Another band I really enjoyed was the Acorn Stage headliners the Scottish band Elephant Sessions an indie folk band who infuse folk, funk and electronica together. They had the whole tent dancing to their music and I could definitely see them playing the main stage one day.

Another big thing at the festival was The Lost Words: Spell Songs which is a book for children to help learn lost words that are not used as often anymore. They had the book for sale and had an area which had little shows performed by a cast under some trees. Also a musical companion piece to The Lost Words was performed by a collaboration of folk artists on the main stage which was bringing nature back to life through the power of music, poetry, art and magic.

There was plenty of activities for everyone to enjoy including archery, bubbles, arts and crafts, wood carving and then stalls selling nic nacs.

The festival closed with Frank Turner and the Sleeping Souls a punk folk style band. They were a little confused as to why they had been picked to play the festival but were very happy to play. A great moment was when Frank mentioned that they usually get the crowd to do a circle pit but considering it was a folk festival they were to do a circle jig, which is probably the first one to be done at a show.

I will definitely be coming back next year to see what more delights Folk By The Oak can offer.

Review and photos by Kane Howie