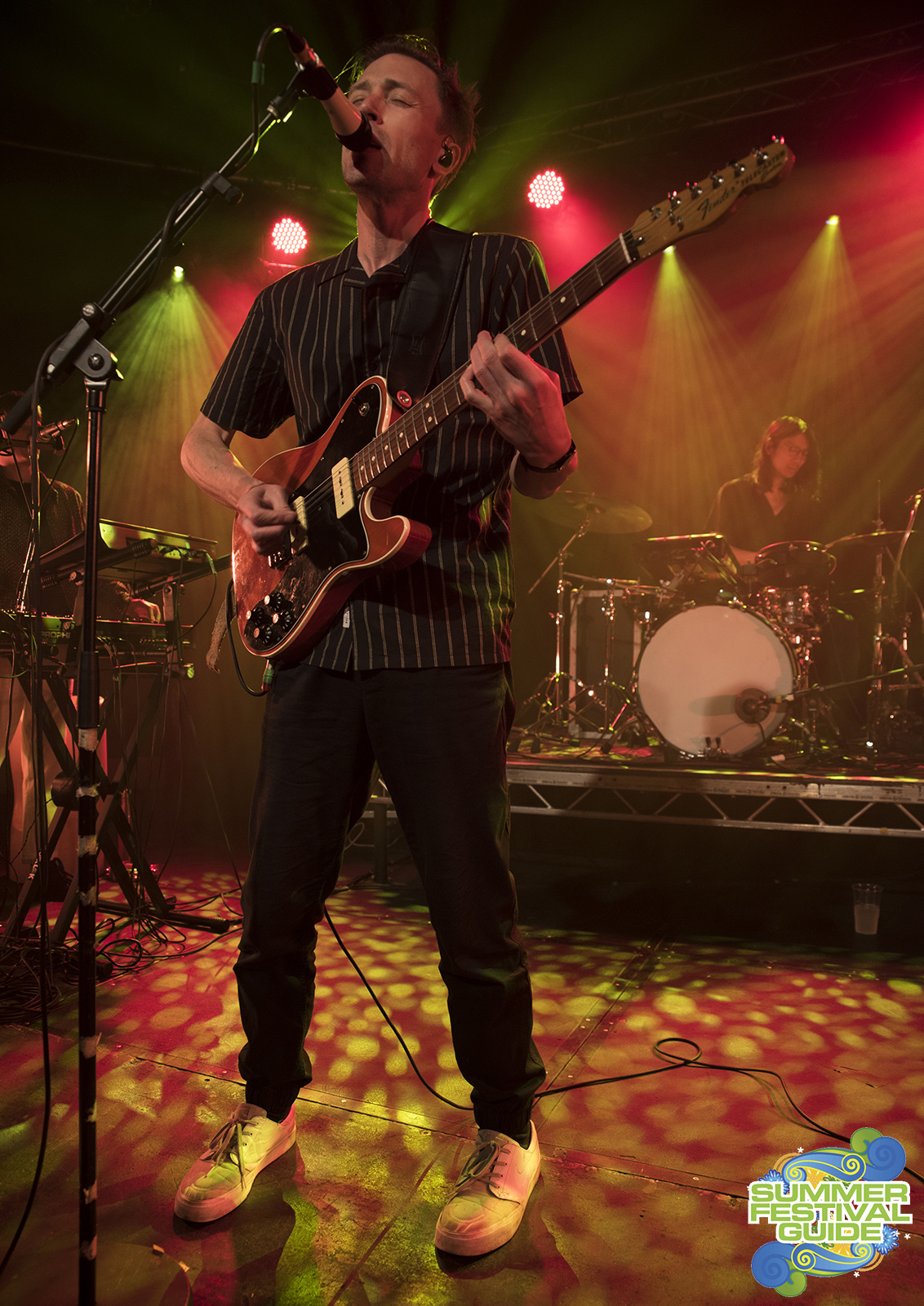 There is nothing better than a show at an old school music venue on a school night. We were looking forward to catching the second date in the short Teleman Tour. Kane and myself turned up early to grab an interview with the charismatic four piece, while the support act, Uh, were performing their soundcheck. We were surprised that the usual queues at The Junction were not forming, but put it down to people getting a bite to eat before the show. 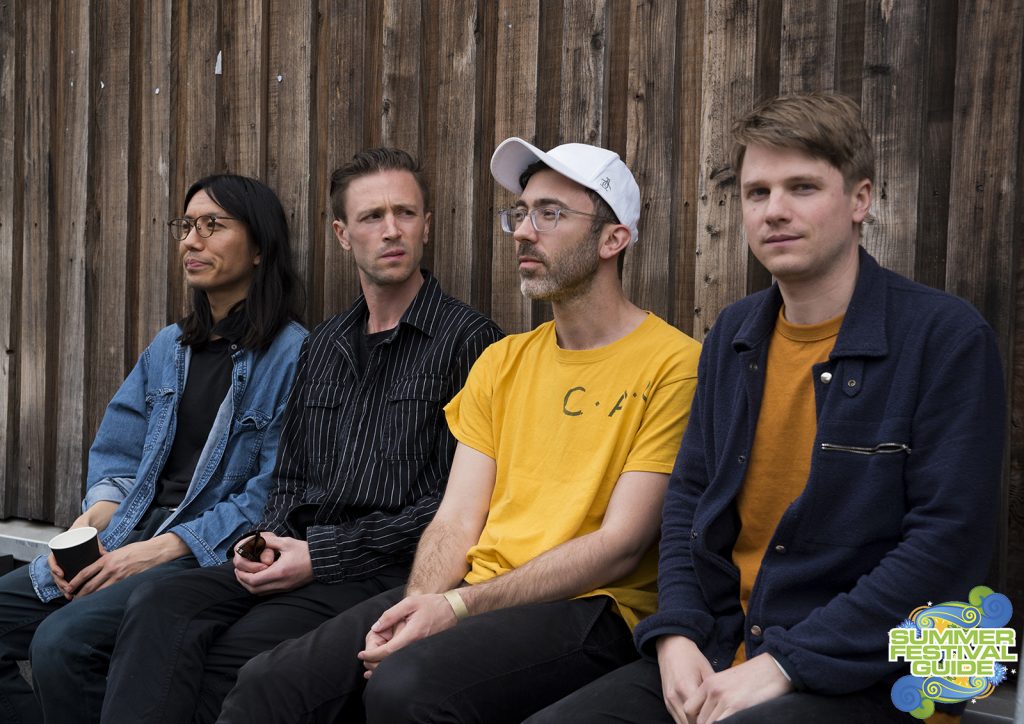 The Junction is a great venue for getting close up to the action. It is purpose built on the old cattle market site and holds a capacity of 850 people. The acoustics are always good and it is basically a square space with a small stage against one wall, the mixing desk normally against the opposing wall, and the rest of the dark space for the crowd. Small bars either side mean you can get cold drinks without missing the action. It’s also very well set up for people with disabilities with helpful staff on hand, so it is pretty much all that a music venue should be.

The venue was slowly filling up when the support band, Uh, took to the stage. A male and female duo, Uh announced that they were going to start with meditation. They then went on to play a hypnotic electronica song with spoken lyrics. Their set contained various songs of a similar ilk, which at least got the crowd swaying. It was all in all very ‘Cambridge’. 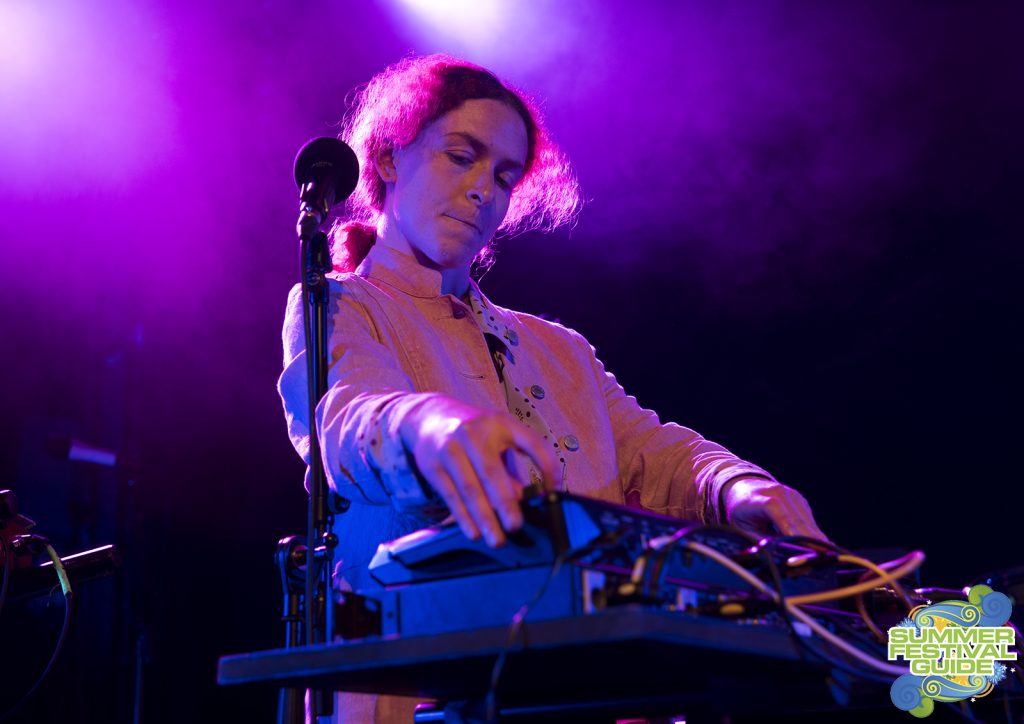 Once they had completed the stage was bathed in blue with the customary smoke slowly filling the area. We noticed that the venue was now full, and our first fears that it was going to be a quiet night were unfounded. The very eclectic crowd waited patiently until the appearance of the main act was signalled by the stage plunging into darkness and silence from the amps. A heavy bassline signalled a start to the proceedings and the stage was engulfed in a red hue as Teleman took to their positions on the stage. The unmistakable synth intro of ‘Fun Destruction’ rang out as the cheers from the crowd were dying down. The crowd really started grooving to ‘Family Of Aliens’, the title track of Teleman’s new album.

The setlist was always going to have a fair share of numbers from their new album, but Teleman mixed it up a bit with tracks from their previous two albums and some from their EPs. As Tom had told us in our interview, they also had some fun with the live numbers, with more instrumental interludes, where all the members of the band could show off their musical skills. They like to keep their shows simple, to let the music do its talking. The lights were subtle and fairly static, except for some elements of strobing during songs like ‘Cactus’ and the interaction with the audience was fairly minimal. In fact it was not until the end of ‘Repeater’, five songs in that Tom said ‘It’s nice to be back in Cambridge.’ 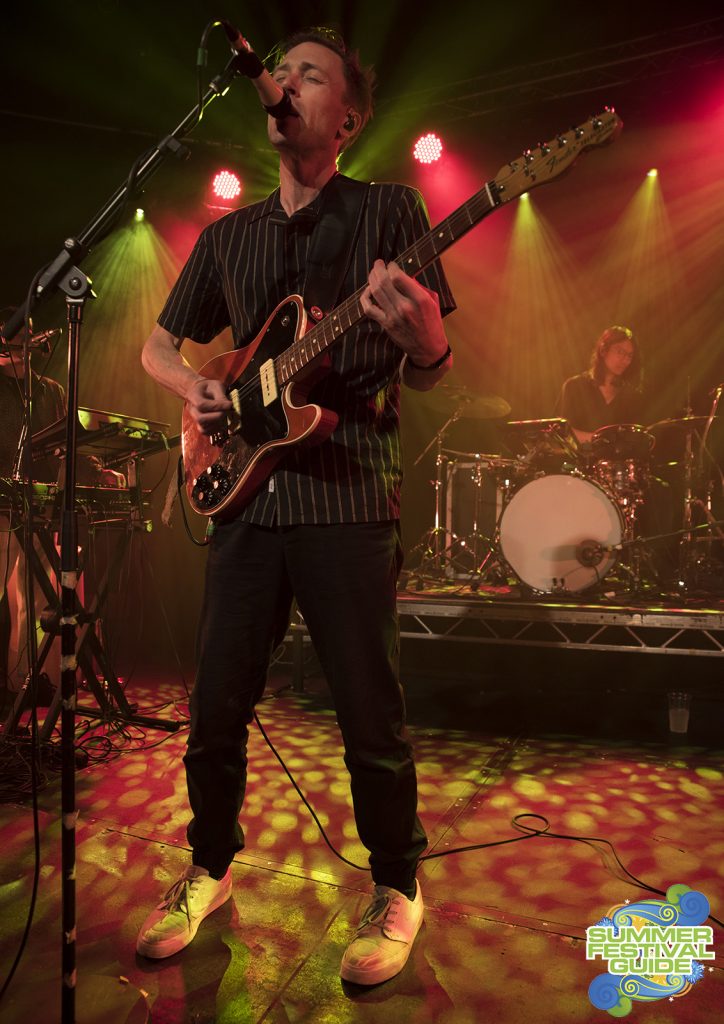 It was obvious that the band like to jam in a live environment and like to play with sound. ‘Submarine Life’ was full of distortion, but also had Tom playing a tambourine and the band clearly enjoyed this number, as did the crowd. Pete Cattermole put down his bass at one stage and swapped places with Jonny Saunders. Tom proclaimed that if they were swapping over they were trying something new and said ‘That’s exciting isn’t it?’ The crowd responded with a ‘WOOHOO’. Now Pete and Jonny were on synths, accompanied with Hiro’s simple percussion as they preformed ‘Sea Of Wine’, a song that really showcases Tom’s vocals.

It was after this that we were treated to an insight into the Rock N Roll lifestyle of Teleman on tour. They had, had a nice day at the Botanical Gardens, but being the Rock N Roll Rebels they are they had broken in! Well when I say broken in they said they had just walked in really! This drew a lone ‘Good on Ya’ from one of the fans. 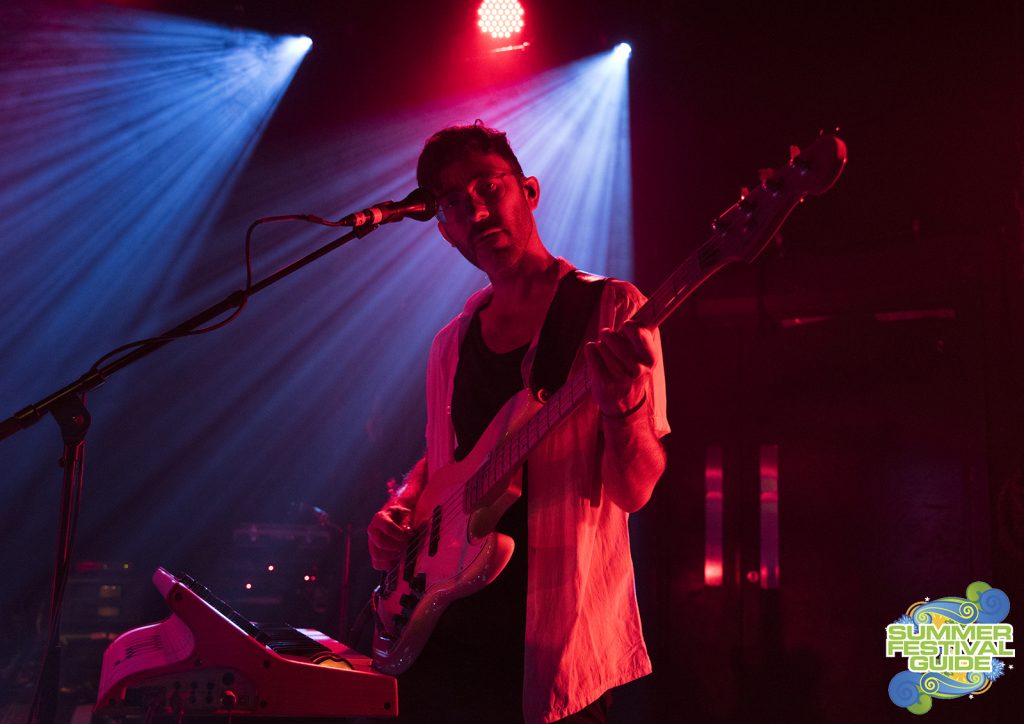 We were treated to a lot of numbers from ‘Family of Aliens’ in the first two thirds of the set, but then Teleman ramped things up with songs from their first album and EPs such as ‘Strange Combination’, ‘Not In Control’ and ‘Cristina’, the latter two being a surprise as they tend to be songs in the encore. The crowd had been moving more and more and by the end of ‘Song For A Seagull’ it was a writhing organic mass from the front of the stage to the back of the venue. This ramped up to a fenzy during the crowd pleasing ‘Not In Control’. This is normally a good time to exit stage left and leave the crowd wanting more, which is exactly what the band did. A drum machine played like the ticking of some unseen clock, and simple white lighting shone on the, now, empty stage.

Tom came onto the stage on his own for the first song of the encore. With a simple spot on him he performed a delightfully stripped down version of ‘Nights On Earth’. The show had seemed to flash by and there was only one song that could now finish off the night. Jonny, Pete and Hiro joined Tom on stage and ‘Dusseldorf’ capped the night. With a heavy drumbeat, hand clapping, everyone signing in unison and the whole place jumping, that is the perfect way to end a cheeky show on a school night.