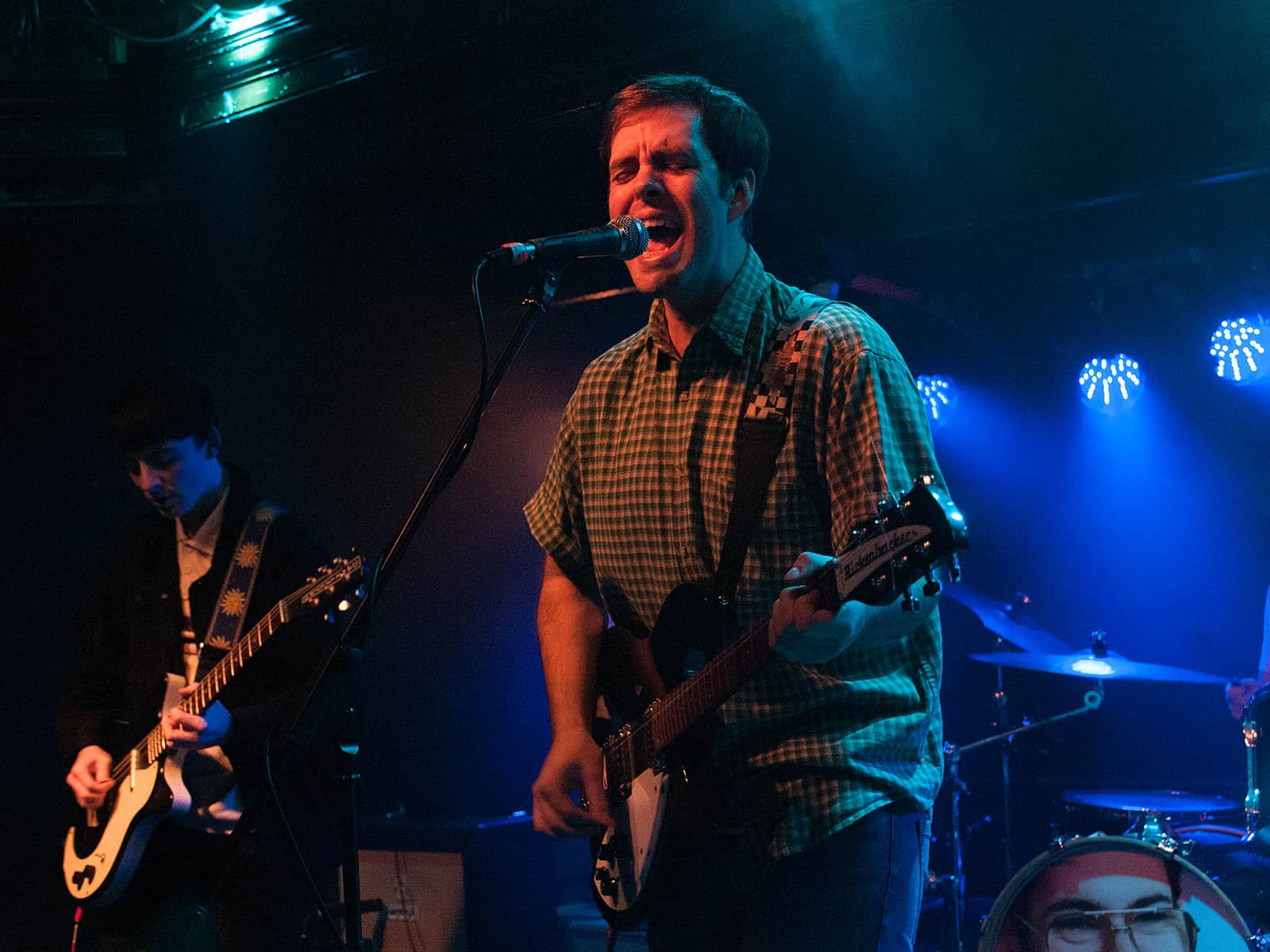 Saturday 22nd September 2018 saw the return of Indoor Pets (formerly known as Get Inuit) to the small loft like venue that is Bedford Esquires.  The band had previously played at the venue back in 2016 when they supported Spring King.

Upon walking into the venue – on arrival, our photographer and I could already hear the loud bass beats at the beginning of the first act’s set for the evening.  The act to kickstart the night of live music was Indie/Alternative band Luna Rosa.

Luna Rosa are a band that originally formed in 2015 and have since seen great musical success.  They have played shows up and down the country and have even racked up an impressive run of playing over 200 gigs in just a few short years! Quite the achievment.  They released their debut EP in November 2015 and their single “This One (High On The Groove)” was aired on many radio stations and was well supported by the team behind BBC Introducing. 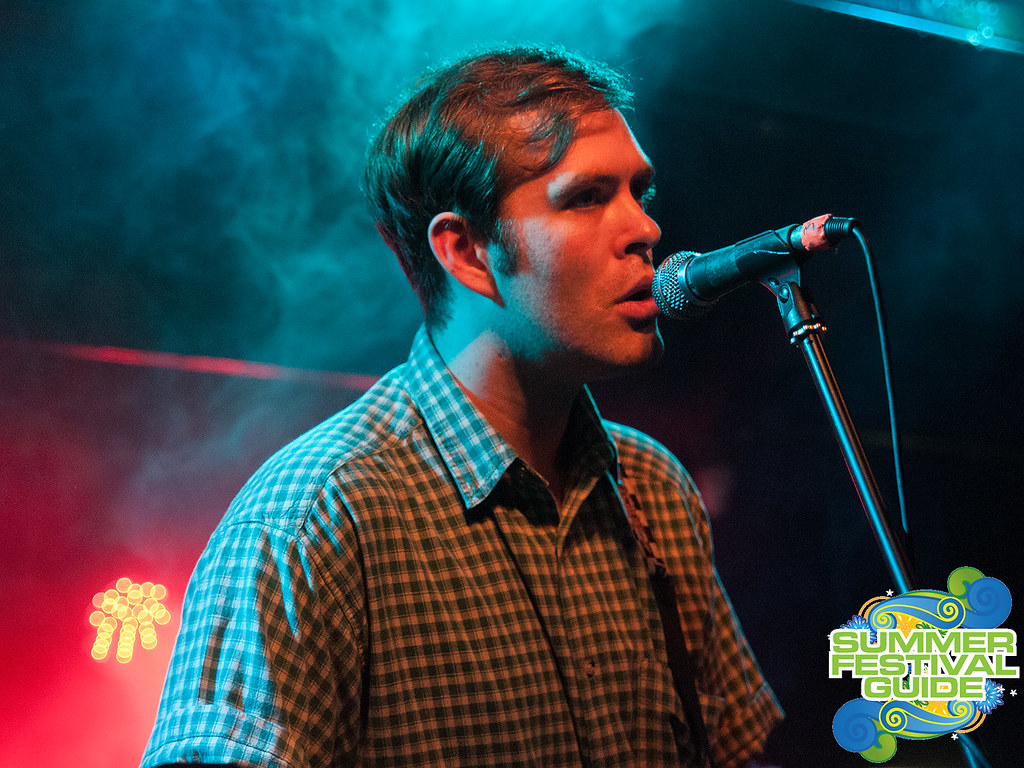 Their music style is somewhat unique and is accompanied by the gruff husky vocals of the band’s front man.  Although at this early point in the evening there wasn’t many people in the room, the band were still well received as people watched on with their drinks in their hands and their feet tapping on the floor.

From Luna Rosa we saw them perform original songs including “Fever” and their latest single “Fear, Filth, Dirt & Death”. They finished their set at exactly 9pm, leaving time for a short interval to allow their follow up act to set up their equipment on stage.

The second act of the evening was Indie/Rock band Monarchs.  The trio performed in a very eccentric manner and gave us quite an energetic show.  All three band members were very happy to play up to the photographers and expressed they were excited to be back performing in Bedford Town.  Although Monarchs are currently an unsigned act, they are well known on the music scene as they have supported other artists such as Spring King, The Amazons, Honey Lung and The Wytches just to name a few.

Monarchs have also played to a sold out crowd on home turf in Northampton as they wowed at their own headline gig.

During their live set at Bedford Esquires, they performed singles “Darker Shade Of Black”, “Adjectives and Similies” and even latest single “You Got Me”.  By this time in the evening, the amount of people in the room had more than doubled.  They, along with the event’s main act had appeared to be very popular with the townsfolk of Bedford. 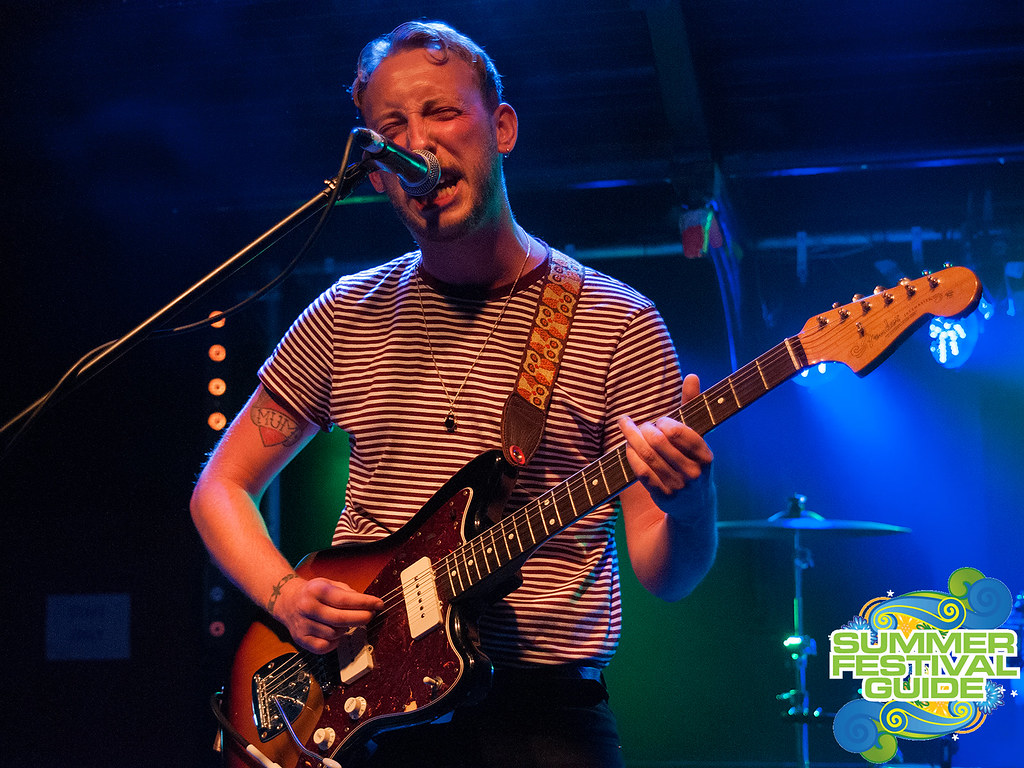 As expected, the atmosphere was buzzing with excitement as people of all ages were waiting for the night’s main act to enter the stage.  Upon walking on stage and briefly introducing themselves, the band members of Indoor Pets jumped straight into their performance.  Although, quite early into the first song of their set they faced some technical difficulties, causing their performance to come to a halt.  Despite the hiccup, band memebrs Jamie, Ollie, James and Rob were happy to talk the crowd through their technical hitch and were able to fill the time with jokes and laughter.  It wasn’t long (maybe about a minute) before they were back on track to give us a great energetic performance.

Indoor Pets have gained a huge following since forming and have only got better with each live show.  I have seen them live once before at Wilkestock Festival under their previous name.  I was impressed by their self labelled “Dirty Pop” style of music and heaps of enthusiasm back then.  Now I’m an even bigger fan after hearing both older and new music from the Kent based act on Saturday evening.  Their new material is a little edgier, but it hasn’t strayed too much from their original sound, which to be honest is great to see.  Their set list included singles “Being Strange” and new track “Heavy Thoughts”.  After a fun and rather bonkers set, the band exited to the left of the stage as crowds of people were left loudly chanting “Encore! Encore!”. 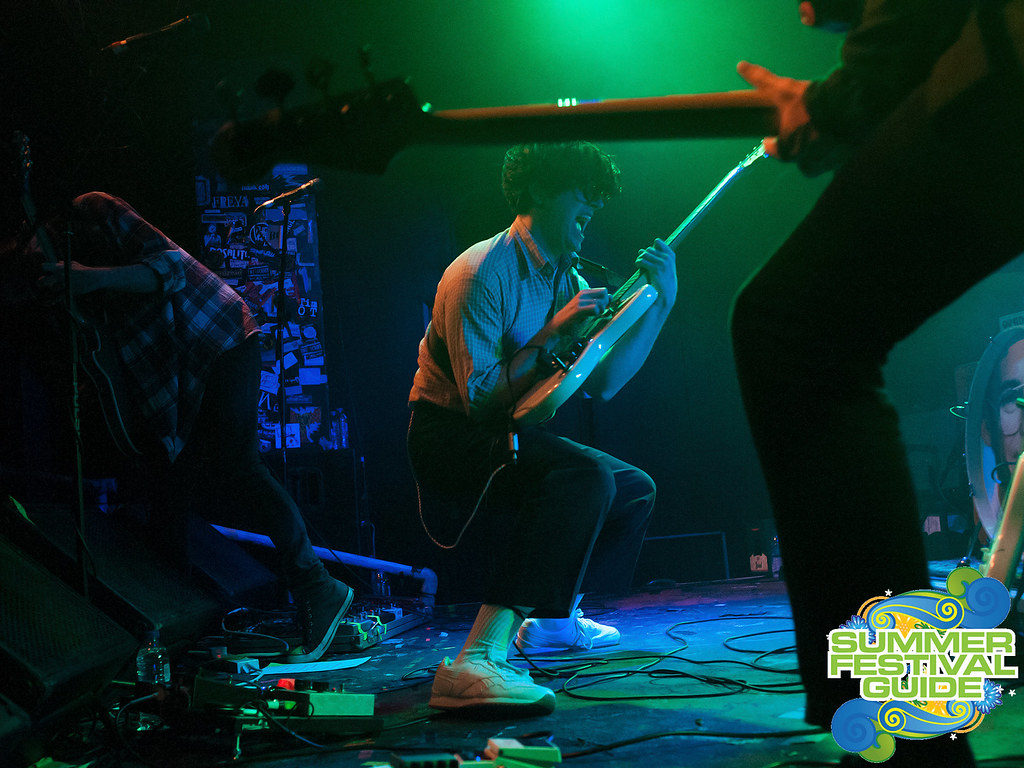 Less than a couple of minutes later, the lads walked back onto the stage while stating “We don’t usually do encores.  No one ever asks for them”.  They played one last song for the excited audience that stood before them.  They began to play their well known single “Cutie Pie, I’m Bloated” when once again, they endured more technical problems.  The band members appeared to find this situation rather amusing as they commented “we messed up the first song, and now we’ve messed up the last one!”  Again they were able to resolve their issues very quickly and professionally to give us all a great end to our Saturday night.

Indoor Pets’ latest single “Hi” is out now and is available to purchase on Spotify and Apple Music.  They are also continuing to play more shows in various locations over the UK until the end of 2018.