Over the years, Cambridge Junction has played host to many great artists. On Tuesday 3rd April the venue welcomed English rock band, Lower Than Atlantis.  The quartet, who are originally from Watford in Hertfordshire, first formed in 2007.  They released their first EP in 2008 and then went on to release their first full album "Far Q" back in 2010.

The live music gig was being held in the main stage room at the venue.  Upon arrival, the room was covered in a blanket of dim blue lighting and was quickly filling up with a relatively young crowd.  With drinks and chatter flowing nicely the audience was soon introduced to the other acts that would be joining the guys from Watford.

For the evening, Lower Than Atlantis were joined by support acts The Faim and Milk Teeth.

The Faim were the first of the night's acts to take to the stage. With an excited crowd of people in front of them, they jumped straight into their first song of their set, titled "My Heart Needs To Breathe" before then introducing themselves.

This four piece pop/alternative band first formed on the 20th November 2014. The band members themselves have stated that their music has been influenced by artists including, 5 Seconds of Summer, Blink 182, and Fall Out Boy. I will also mention that their debut single "Saints of the Sinners" was also co-written by Pete Wentz, also known as the lead vocalist of rock band, Fall Out Boy. The first thought that came to my head upon hearing them perform was "they sound just like Fall Out Boy". And now I know why after doing my research. 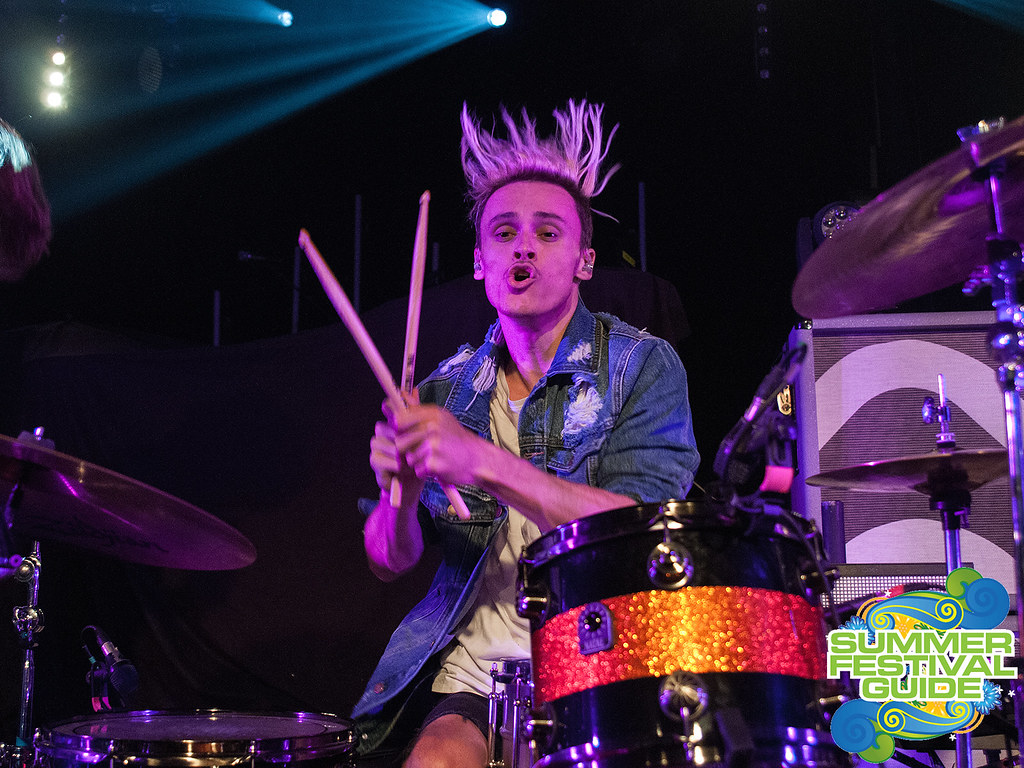 The Faim are a band that have a great stage presence with high energy and know how to work the crowds well, an example of this was asking the audience to jump along with them during their performance.  They are a really likeable band and when performing live it is clear to see that the four lads are very passionate about their music. As the stage is flooded with blue and green lighting, the band performed songs including "A Million stars", "Midland Line" and "Infamous". They brought their set to a close with a performance of their single "Saints of the Sinners" which is not only (as mentioned previously) their debut single release but is also about "making their mark in the world". What's worth mentioning is that the down to earth band members were also seated at their own merchandise stall at the back of the room after their set, with their family members.  Who doesn't love a good family support network?

After a short break the second of the evening's acts graced the stage.

Milk Teeth, a punk rock band from Stroud in Gloucstershire, are full of energy and clearly enjoy making interesting facial expressions when performing. The band are Becky on vocals and bass, Billy and Chris on guitars and Oli on drums. Unusually, just like fellow support act The Faim the drummers were set up front alongside their fellow band mates for this gig.  The band's guitar players were great at rallying the excitement from the crowd of fans in front of them. The band members also encouraged the audience to shine lights from their phones during their set.  They performed their original songs including "Nearby Catfight" – which was also the song they entered the stage to, they also showcased "Stabbed" and "Swear Jar". 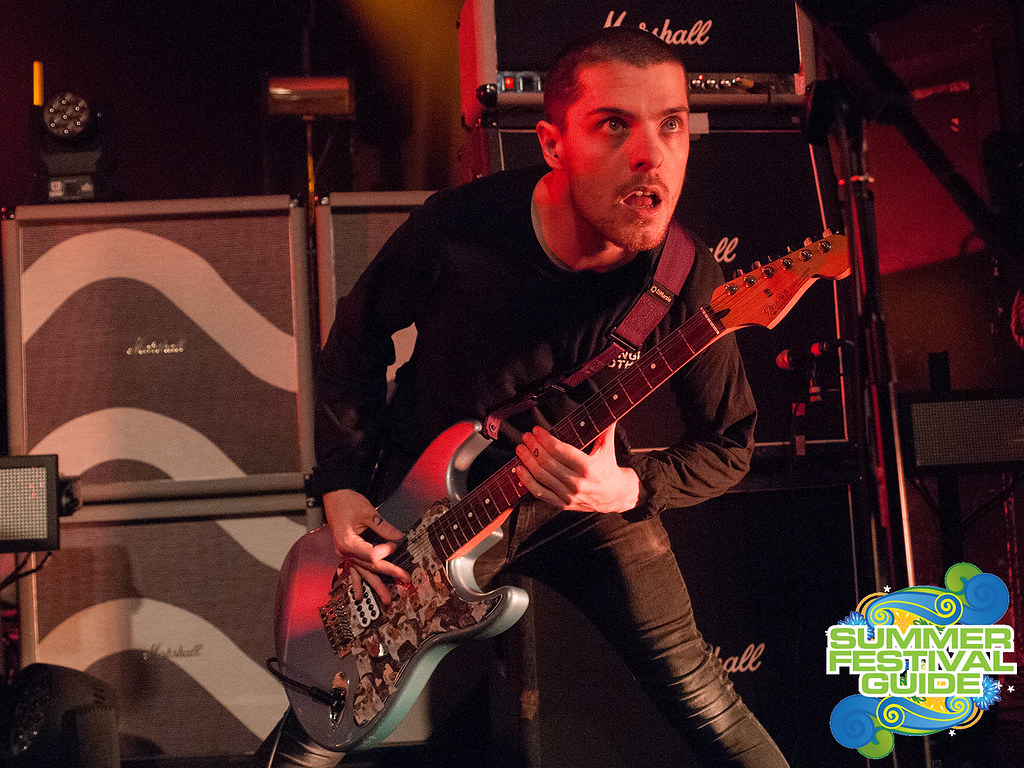 After an energetic set from Milk Teeth, along came another short interval as we stood waiting for the night's main act! During this break the venue did continue to play music into the sound system as we chatted amongst ourselves. Some rather unusual releases featured on the venues 'interval playlist'.  What stood out for many people there was the moment when Aha's Take on Me came blaring through the speakers.  It was like being at a gig in the 80s. The whole room sang along and was filled with buzzing energy.  Continuing with their vintage playlist, we were then treated to Uptown Girl which was originally made famous by Billy Joel back in 1983! The well known single got as far as the end of the intro before being turned off to welcome the night's main act. This did not go down well with ticket holders as the room was then filled with Boos and sighs of disappointment. Although these negative emotions were soon forgotten about when the band members of Lower Than Atlantis walked onto the stage.

The band's drummer, Eddy Thrower was the first to take his place.  He sat at his drum kit and began to build the atmosphere with a small drum solo which was accompanied by synchronised strobe lighting.  He was quickly joined by fellow band mates Declan Hart on bass, Ben Sanson on guitar and then lastly the band's front man and vocalist Mike Duce.  And what strong entrance they made! They started their set with their amazing single "Had Enough".

Further into their set, vocalist Duce had requested the audience to run and mosh in front of him, before he then came down into the viewing area to begin crowd surfing with his fans.  After being carried back to the stage the band continued to play more of their music until once again their front man returned to the middle of the crowds of people.  He stood in the middle of the room with his guitar to play an acoustic version of their song "Another Sad Song".  The atmosphere was so relaxed and calm, with people sitting crossed legged on the floor in a circle around him.  Not something you'd typically expect to see at a rock band's gig. It could have been likened to sitting around a bonfire singing campfire songs. 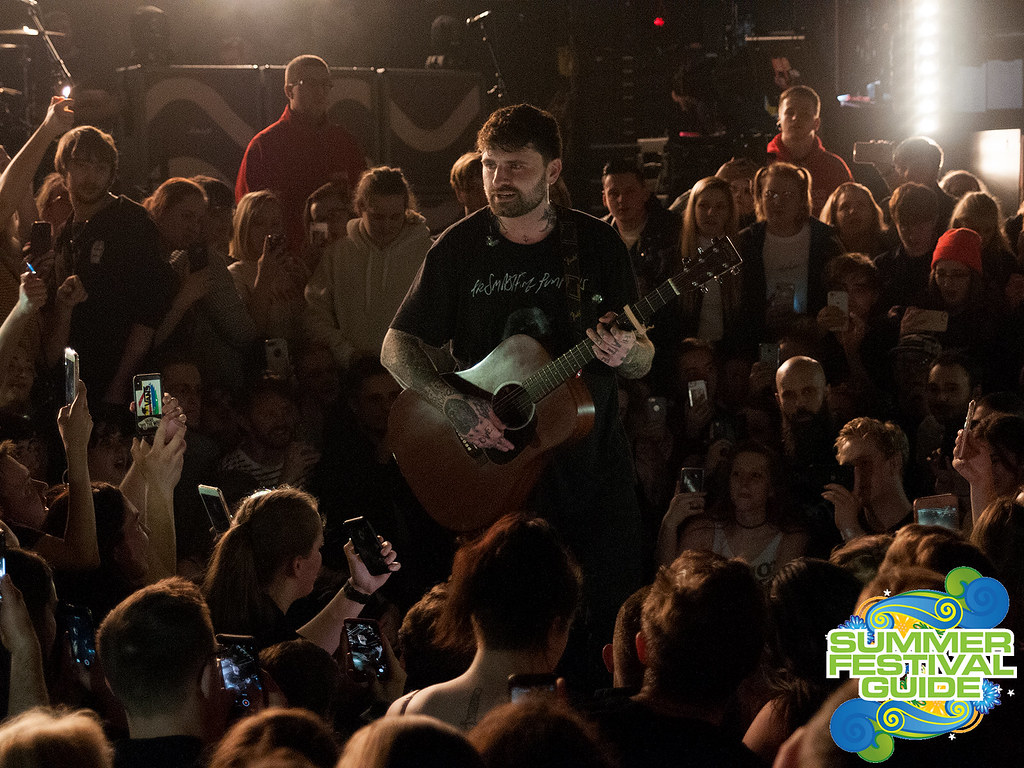 This was one band that certainly knew how to work a crowd! It is clear to see how much their value their fans after seeing them live.  The band's lead singer asked the audience "if anyone's got a beer then raise it up!"  he then encouraged drinkers to  consume their beverage of choice while all members of the band and fans chanted "CHUG CHUG CHUG"  and when they played "Beech Like The Tree" they managed to encourage plenty of people to crowd surf.

As the majority of musicians that perform live, Lower Than Atlantis' set appeared to come to an end after finishing their song "Words", which of course, wasn't their last song of the evening.  The band members exited the stage for a very short space of time before returning for once more for an encore.  They all thanked their fans for all of the support they have received over the past 11 years and then stated "otherwise we would be working in Morrisons, although there's nothing wrong with working in Morrisons". Nice cover up lads! 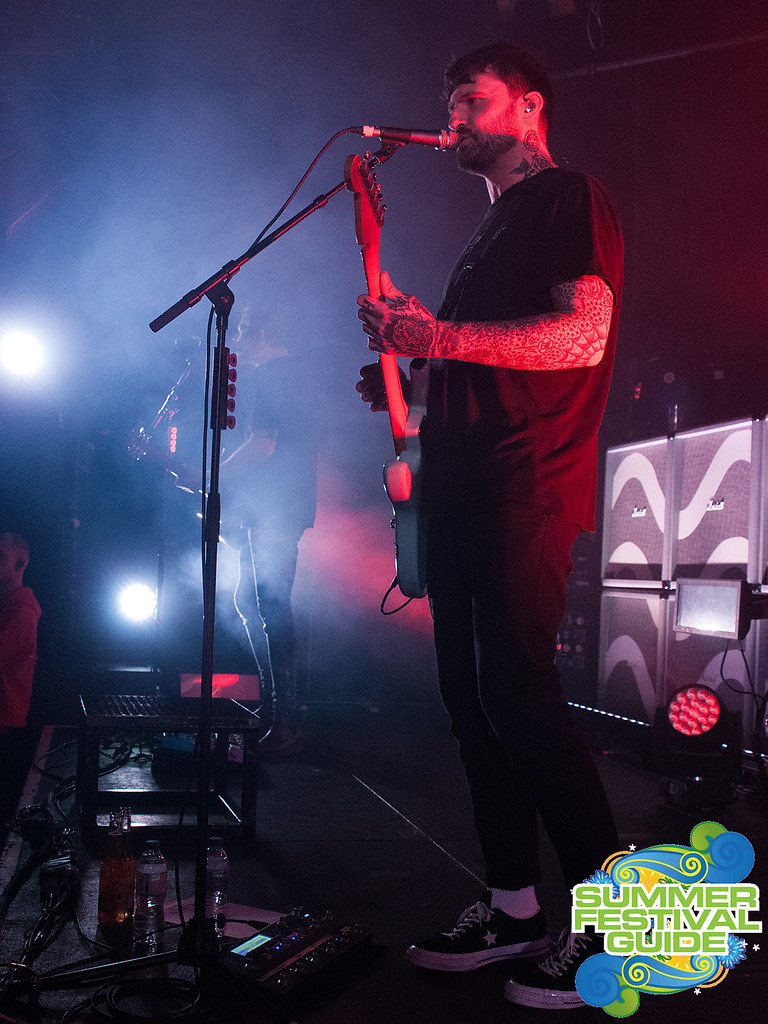 The gig came to a close with the band's last two performances of the night which were "English Kids" and my personal favourite of theirs "Here We Go".

Lower Than Atlantis is a band that is undoubtedly worth seeing live, they offer familiarity with their hit singles and also something completely different when interacting with their fans! Our photographer and I are now new fans of The Faim.  All three bands are continuing to tour this year with tickets still available.

All photos by KANE HOWIE