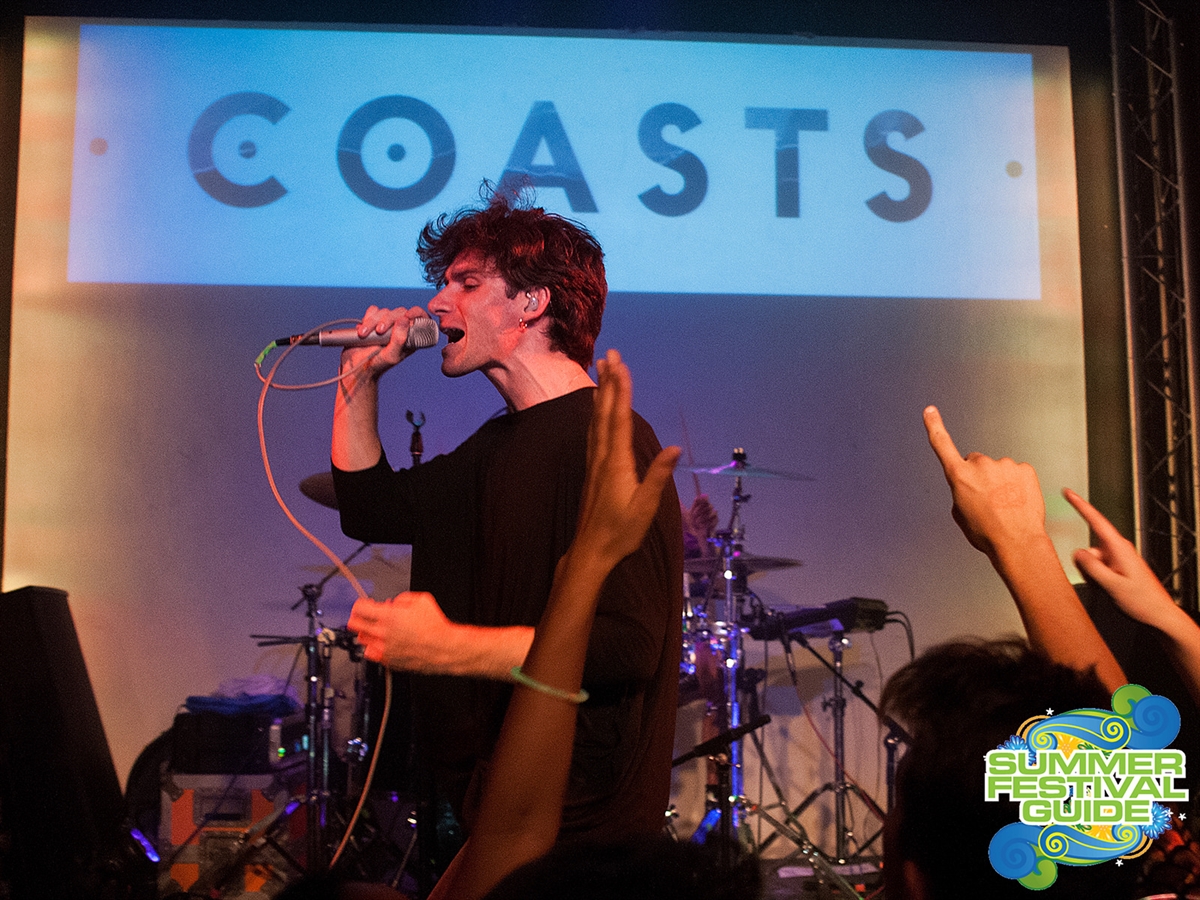 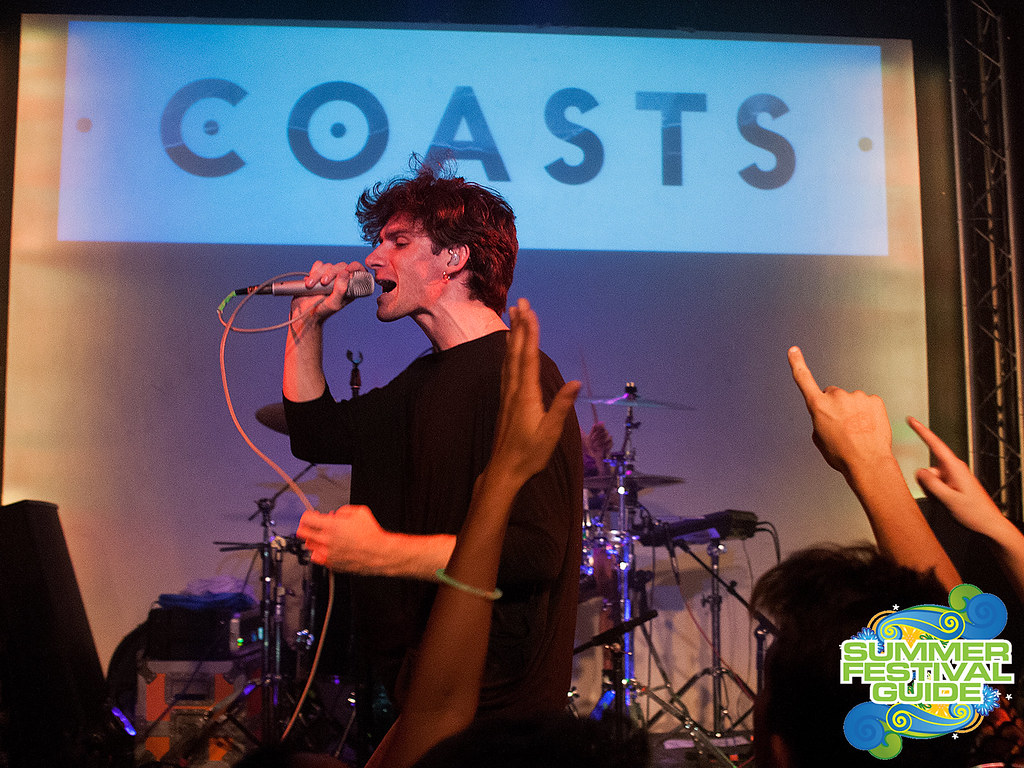 On Monday evening (9th October 2017) the small town of Hitchin saw the anticipated return of the band, Coasts.  A band that is well known to the local area as they also headlined the BBC Introducing stage at the town's own Rhythms of the World Festival a few years ago. The band were very well recieved  by the locals at the time so it was awesome to have the band back once again.  The band were hosted this time by the small, but awesome venue Club 85 with colourful neon decor within the all black loft sized room.  The venue also has a small bar and merchendise stalls at either side of the stage.   Something else to be excited about was the evening's warm up act, Misfires.

Misfires are a young, all male indie rock band from Swindon, UK. The band formed in February 2016 and began their musical journey playing for house parties which then led onto sell out gigs in local venues.  In other media the four lads have often been compared to the likes of Catfish and the Bottlemen and The Libertines. Some have even called the band the lovechild of the two big names mentioned. Misfires are currently on a month long tour with this being their first time visiting the town of Hitchin in Hertfordshire. They have also recently supported The Sherlocks on their tour playing at three of their tour venues which they admitted they had a great time performing to the larger crowds.  In the short time on stage at Club 85 the band members who were all dressed in black casual clothing totally nailed it! The four guys performed their singles '22', most recent release 'Do You Wanna?' and 'Indie Kid' which the band themselves said is likely to be their next single. During the performance of their song '22' there even appeared to be a tiny mosh pit of adolescent fans jumping around. Throughout their set the band were often interacting with a group of teens at the front of the room, just laughing and joking which was great to see.  They were definitly well liked by ticketholders. 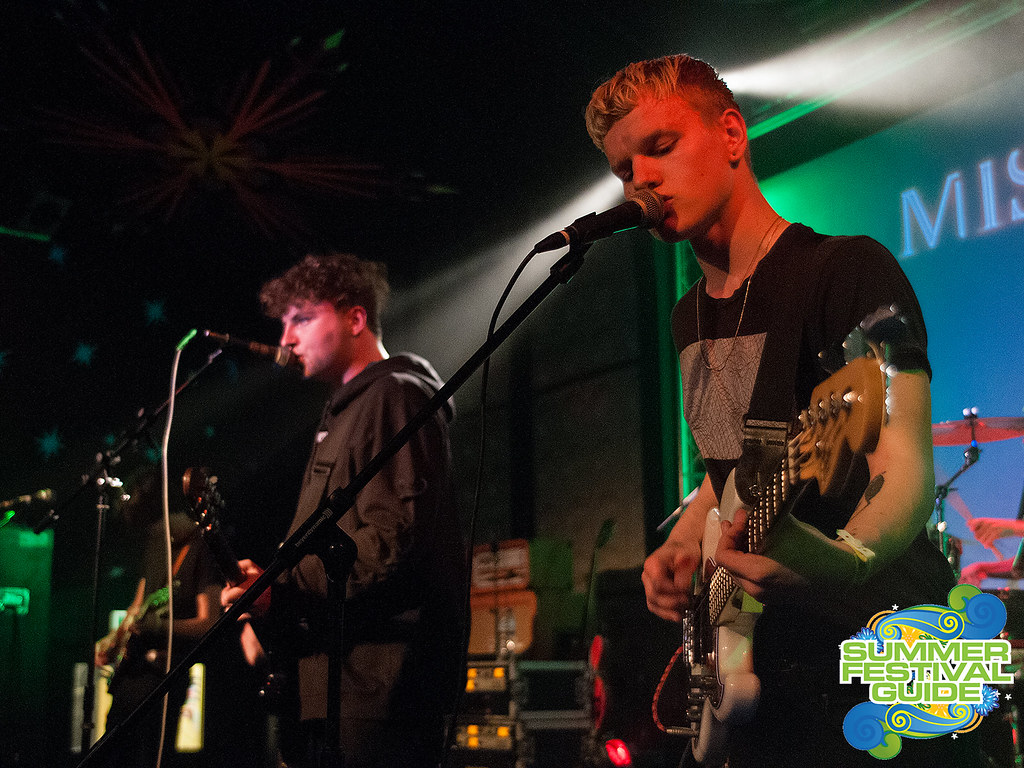 I also briefly managed to chat to the four lads just after their performance to congratulate them on a great set, along with our phototographer. These lads are so down to earth and fun. They even mentioned that for them its not all about the stereotypical "rock and roll" lifestyle when it comes to being part of a band. They had also expressed how much they enjoyed being on tour and stated that they've performed alongside other bands who don't necessarily prioritise interaction with their fans which is why they expressed how important it is to them to remember that it's always good to make time for fans of their music.  I would highly recommend that you see Misfires live if you should get the chance. I would be very surprised if they didn't make it big in the music industry.

After a short break to make some changes to the stage set up the main band of the night walked in and introduced themselves. Of course this band was Coasts.

Indie pop band Coasts oringinally formed in Bristol back in 2011 and have had great success ever since.  Over the years they have recieved a lot of airplay especially via BBC Radio 1 with the support from well known DJs Greg James, Huw Stevens and Fearne Cotton. Due to the support from Radio 1, the band also performed for the radio stations 'Big Weekend' festival like event in Glasgow back in 2014.  They also played at Reading and Leeds festival in the following year. The guy's self titled album was released back in January 2016. 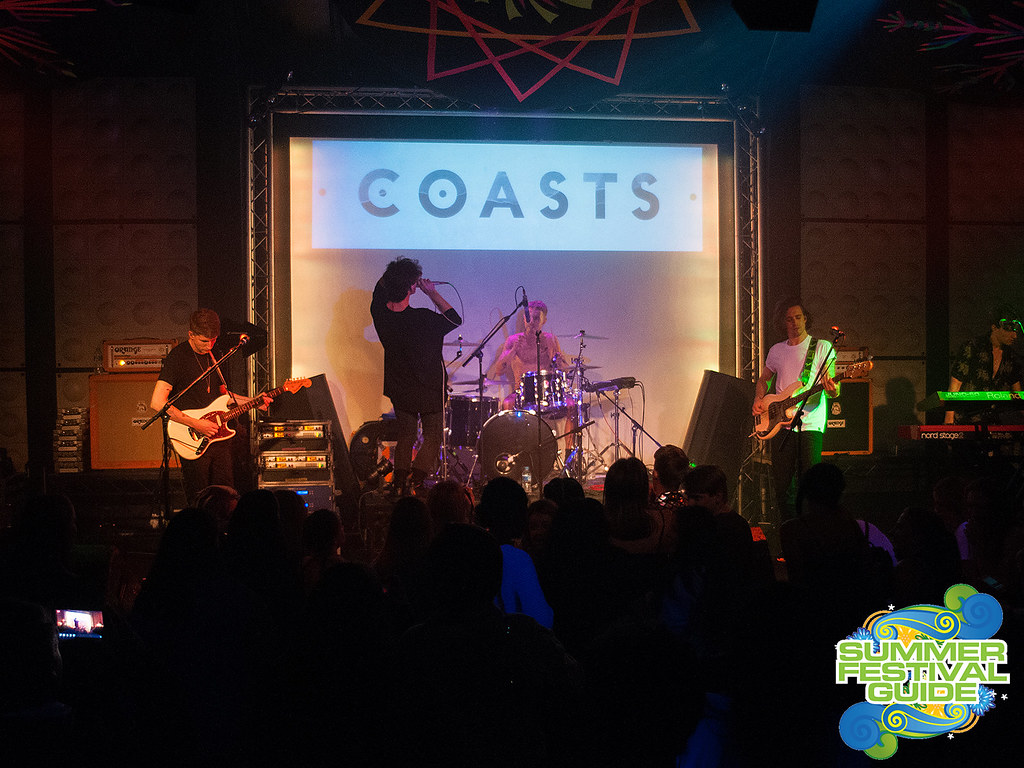 During their time on stage at the Hitchin venue we saw them perform singles "Rush Of Blood", "Modern Love" as well as other album tracks including "Paradise" and "White Noise".  The room may not have been large but an electric atmosphere filled the room and flooded out of the doors. Almost everyone was up on their feet dancing to the satisfying sounds.
The five piece group also sampled some music from their new album that they are working on. "Heart Starts Beating" is just one of the tracks from their upcoming release and if it all sounds like that we should expect more great things from them.
After an energetic set leaving what looked like an exhausted drummer as he leant back onto the screens at the back of the stage we were treated to a great performance to see the evening out. The band played their biggest hit to date "Oceans" which was great to leave us all reeling with excitement from a great evening.  The performers asked people to meet them afterwards at the merch stall for a chat and some photo opportunities. It was great to see two acts this evening that were very happy to chat to fans of their music.

Keep your eyes peeled for more from both of these brilliant artists! Coasts have announced that they will be back on tour in April 2018 which will be in a London venue.