It’s day three of Bestival and though the rain hasn’t hit has hard today, the wind has managed to savage the site to the point of an arena-wide closure. However in true rockstar form the stage screens have been lowered, strapped in and everything is back up and running in under an hour, and we’re on track for the grand finale headliner: Pet Shop Boys.

The only problem is, since the arena was closed for that time, a lot of people seem to have taken it as red that the festival has been stopped entirely. As more than a few Facebook posts to the Bestival page suggest – some security staff seem to have actually been telling punters this was the case, and it seems that an awful lot of people have packed up and gone home. The announcement that the arena would re-open was communicated through Bestival social media and the app, but I can’t help but feel that wasn’t really going to work – how many people still have their phones charged, or indeed any signal (the site is notoriously pants for those on EE) by Sunday evening of a four day festival? At any rate it’s more than clear that the crowd that has made it’s way back in through the mud, is considerably thinner on the ground than the previous two nights. 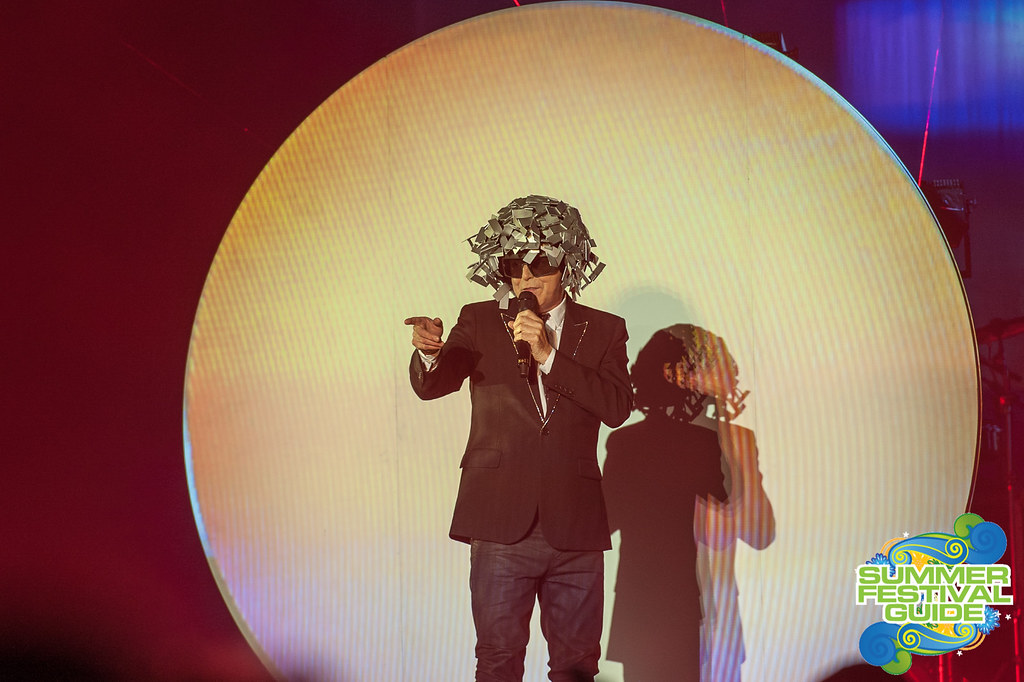 Nevertheless, the night draws in and the stage is set with two giant white discs side by side, which slowly rotate (think, secret bookcase doorway in a spy movie) to reveal Neil Tennant and Chris Lowe in their tinfoil helmets, to ‘Inner Sanctum’ from last years’ release ‘Super’. No really, there’s a very aliens-might-steal-my-thoughts look about them. Given the earlier high winds, we might have expected the sound to suffer a little bit tonight but it’s crystal clear and exactly as electro-dance-party as we’d hoped. Classic hit ‘Opportunities’ comes complete with visuals of money and a heck-tonne of lasers. In the midst of the crowd a very happy man atop his friends shoulders, is making it rain with a giant bag of neon glowsticks, if anyone knows him – please thank Glowstick-King for his kindness!

“A little mid eighties electro for you Bestival!” yells Tennant, whilst the backdrop displays a bright fuchsia ring reminiscent of the kind Samara climbs out of before she kills you for watching that videotape. Giant disco ball visuals replace that for ‘New York City Boy’ and Tennant does a quick change into a sparkly holographic silver jacket for ‘Inside A Dream’, the network of lasers across the sky is incredible, turning through purples and oranges in a panel that looks like an electric sunset. ‘West End Girls’ has the arena singing along and ‘Home and Dry’ brings a softer side to the rave. 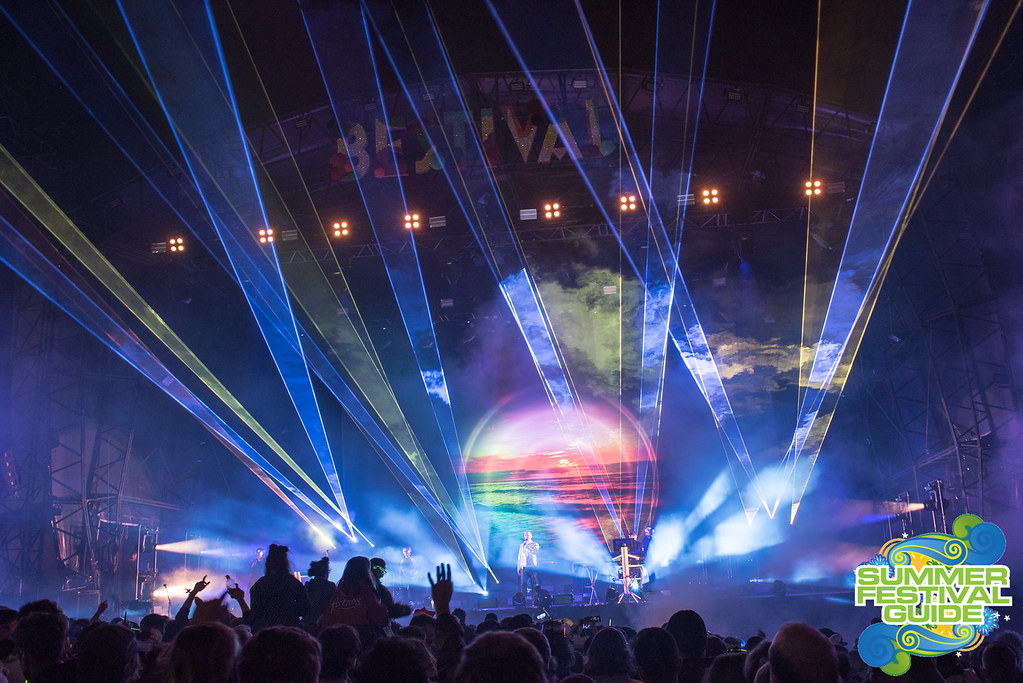 With a giant moon visual rising at the back of the stage, and the actual moon hanging in the night sky off to the side, Pet Shop Boys really push the colour theme with rainbow lighting blanketed on everything – including Lulworth Castle behind us. Yelling “Bestival, thank you! You’re fabulous!” the guys are off into ‘It’s a Sin’ and “Heres’s an old song…” hit ‘Go West’ (which is actually one of my least liked from PSB, but hey, if they didn’t play it… anarchy) as giant rainbow spheres are dropped from somewhere unknown in the ceiling of the stage.

Finishing up with ‘Domino Dancing’ and their cover of Elvis song ‘Always On My Mind’ before we turn around for the firework show. Pet Shop Boys have delivered a cracking finale to what could have been a sad early ending for this festival, it was the much needed final boost of energy and positivity we needed. 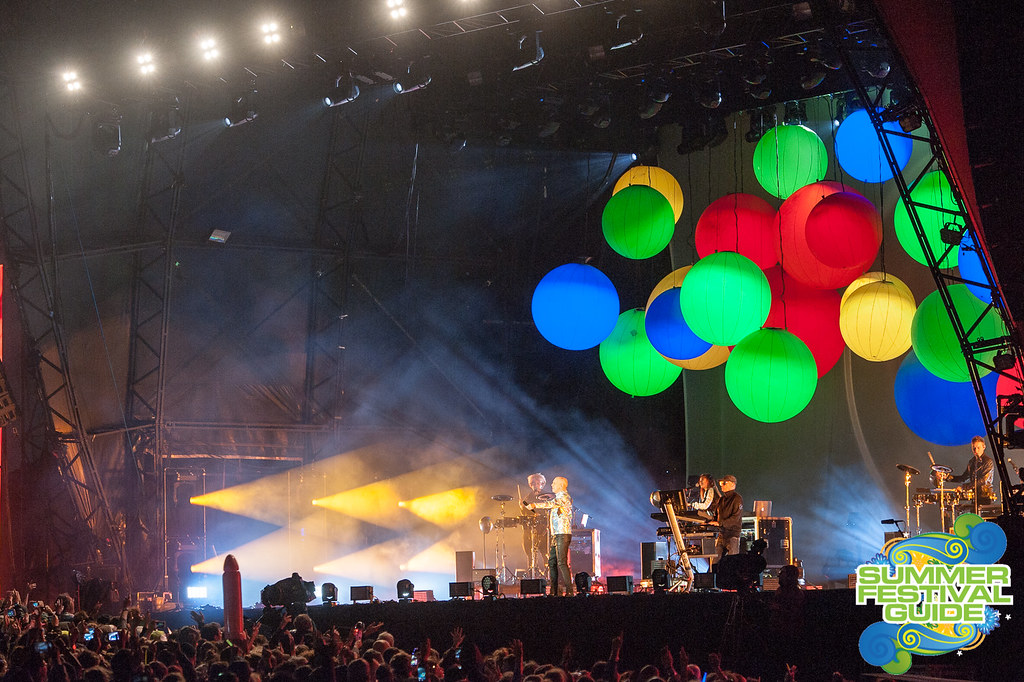 It’s definitely weird not watching the fireworks, and the neon night parade from the side at Robin Hill, but I have to say – it’s pretty impressive to see Lulworth Castle bathed in rainbows and light. As always, we as a group are standing in a cuddle (because we’re cute… but also it’s absolutely Baltic out here) saying goodbye to another great, but eventful year at Bestival. 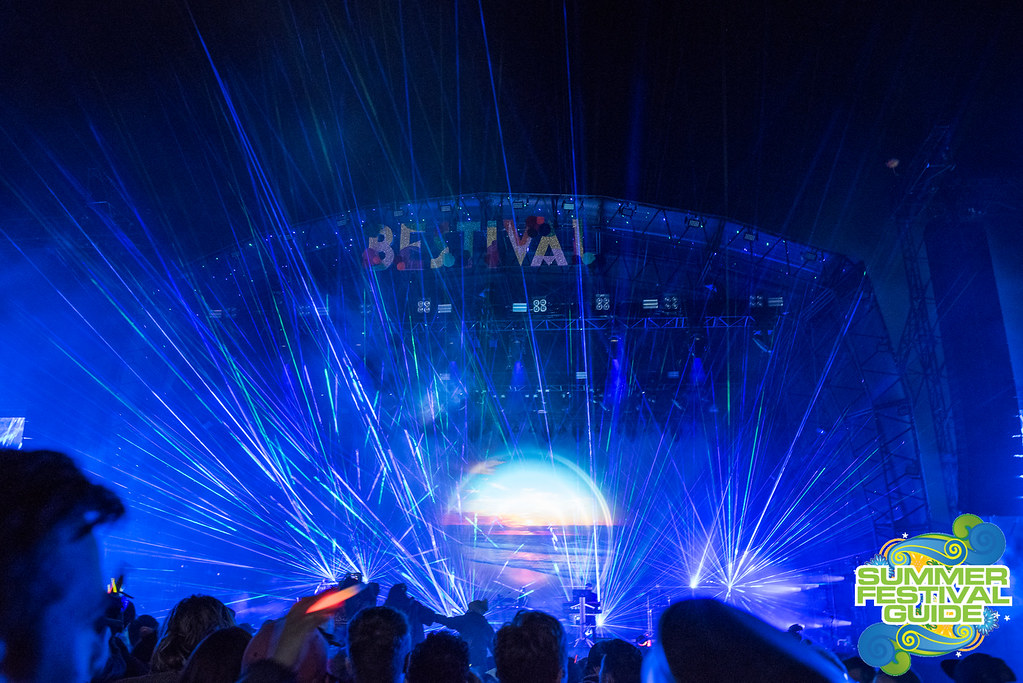