Well here we are, Friday night at Bestival’s new home of Lulworth Castle in Dorset. The arena is packed out, there’s a chill of anticipation in the air and we’re all praying the rain holds off for tonight’s main stage headliners – The XX. The band take to the stage to a huge roar from the crowd and it’s pretty much straight down to business with ‘Crystallised’ and ‘Say Something Loving’. The bands’ ear-drum thumping percussive and electronic sounds come courtesy of Jamie Smith, stood atop a platform filled with every imaginable thing you can hit, prod and poke to make noise, and he’s currently bathed in sea of smoke and warm orange light.

Meanwhile, at the back of the stage giant floor to ceiling mirror panels rotate to show colour changing LED strips along the sides and the light is reflected back onto the upturned faces in the crowd. Despite a small hiccup with the sound and a quick re-set – “er… Jamie? Where are we going from…?” asks guitarist Romy Madley Croft – they go from strength to strength with her ethereal breathy vocals and their laid back almost hypnotic style. 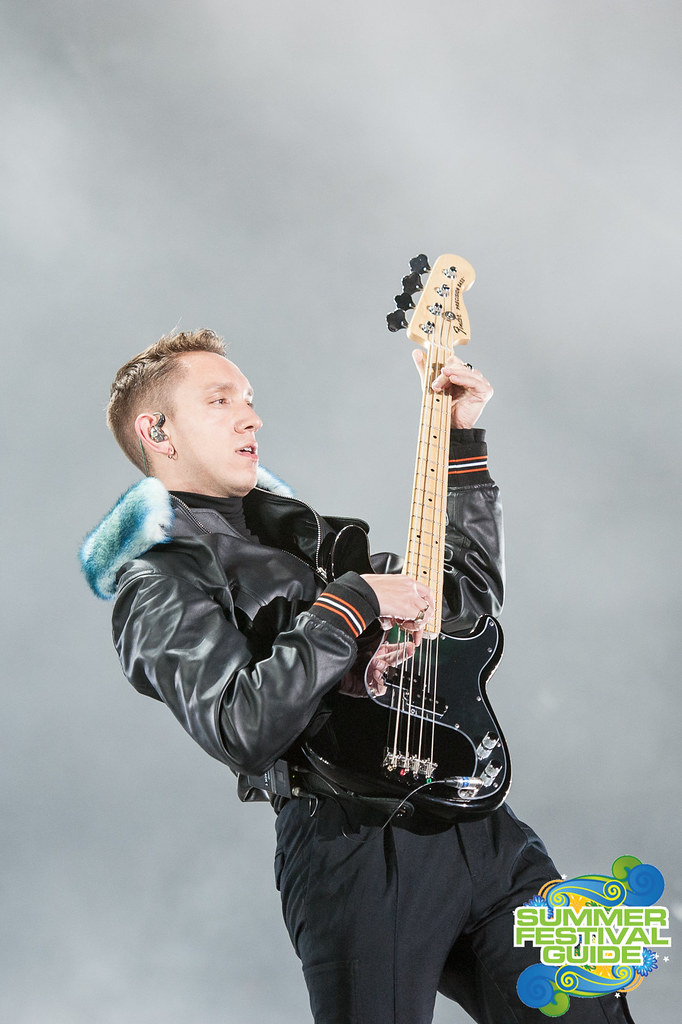 Calling out “I’ll tell you what, we’ve been looking forward to this show for such a long time… nothing makes me more excited or more nervous than being back home… it’s been five years since we played Bestival” bassist Oliver Sim reaps an arena-wide reply of approval for their efforts. It’s certainly something that is often remarked on by UK bands – as a country we always seem to be rooting for the underdog, but everyone knows Brits are natural moaners, if we didn’t like it, they’d probably know about it quick.

Instrumental ‘Islands’ has everyone swaying along and with the warm stage lights and the rising breaths of the crowd there’s something so… Bestival, about this moment. It’s like floating and the temptation to close your eyes and get lost in it is strong. Making light comment on current world affairs – “We can be unified… forgetting all the bullshit in the world… enjoy yourselves this weekend” it’s clear the feeling is translated. How powerful it is that music can flow from creator to listener and invoke a mutual understanding, even without words. 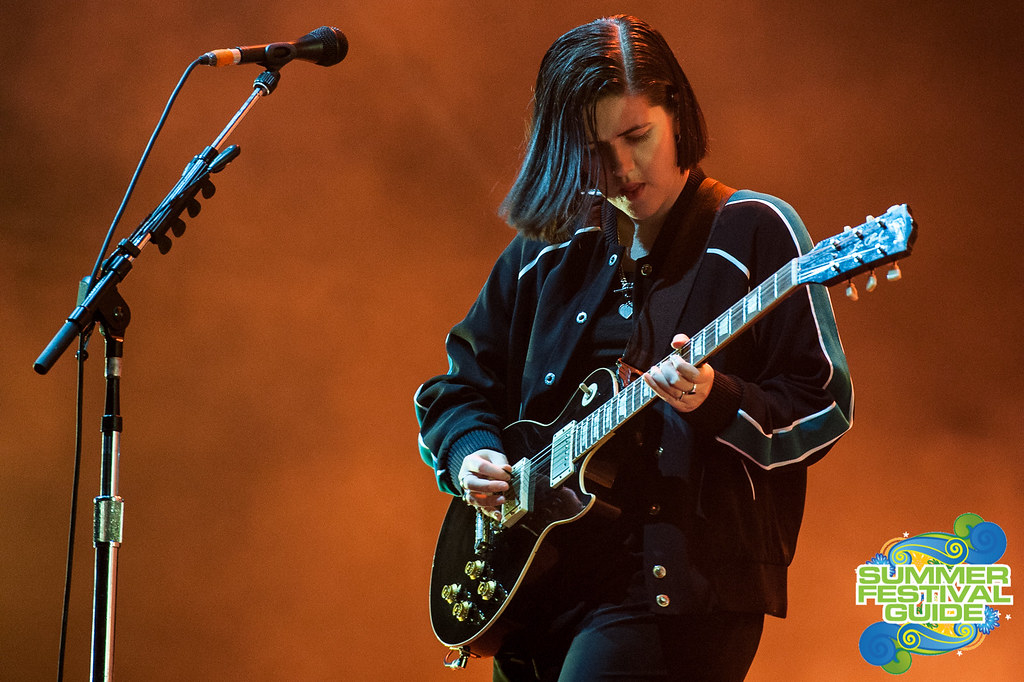 As huge nets of lasers criss-cross the sky, illuminating the flickering flags and polka-dotting the brightly lit castle behind, The XX play through with the likes of ‘I Dare You’, ‘Infinity’ and ‘Brave For You’ but it’s the trio of hits ‘Loud Places’, ‘On Hold’ and ‘Angels’ that sees the arena erupt in wild applause, so much so that it seems to overwhelm Croft entirely, and spurs her into screaming “I fucking love you Bestival!”. Following up with “I’m gonna say something that might sound a bit cringe but it comes from the heart… we’ve been all around the world… but to be back in the UK, and for you to show us this much love, it’s amazing.” along with a shout out to Rob Da Bank for having them back, it’s pretty obvious The XX have enjoyed tonight as much as we have. 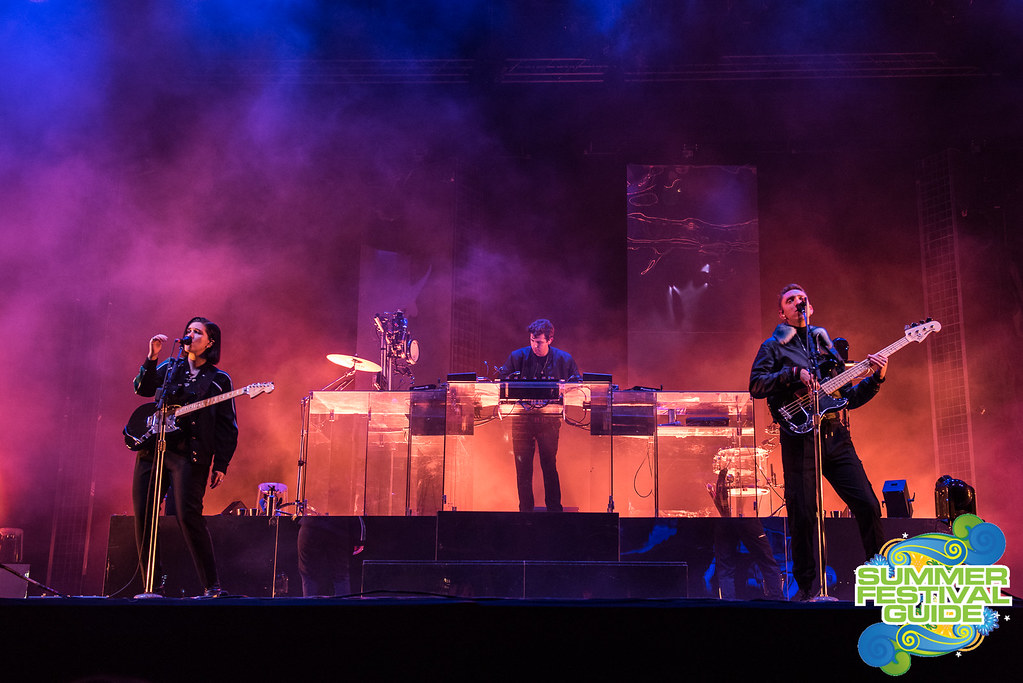