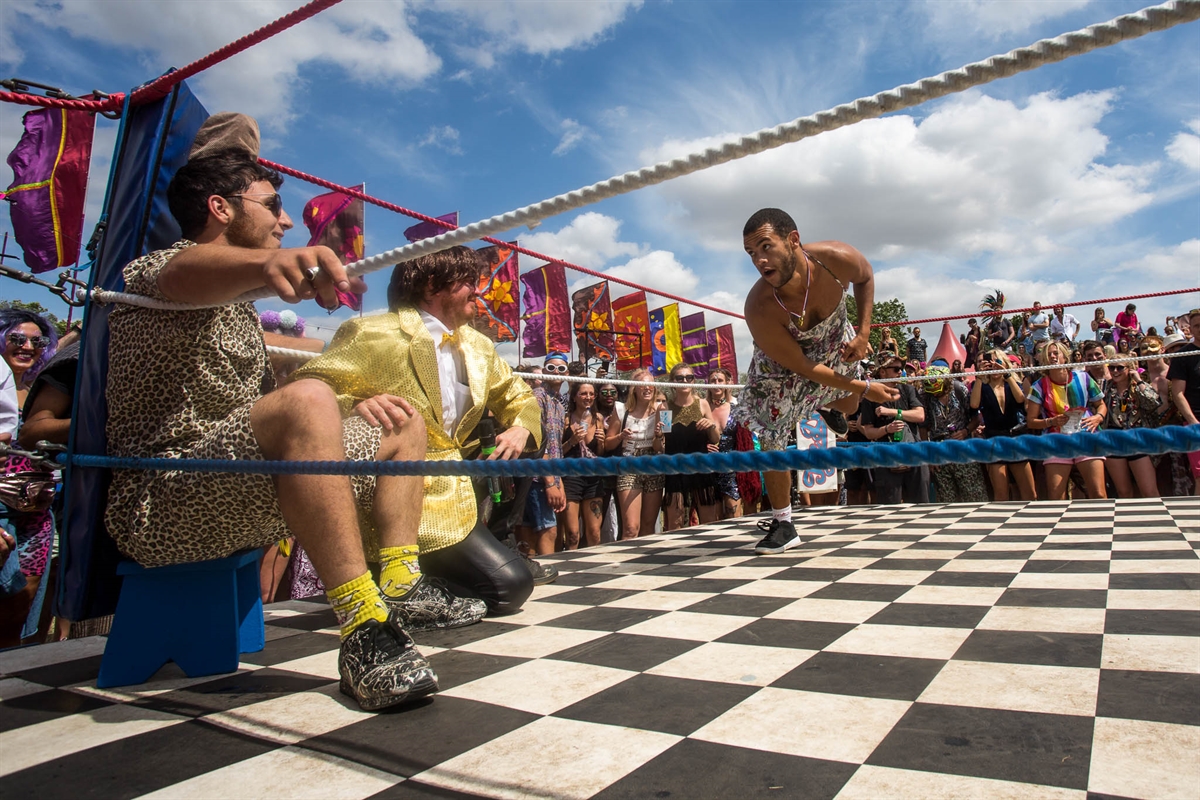 As the mud settles in Huntingdon and we readjust to normality, it’s those moments where we find ourselves alone with our thoughts where we reflect on a whirlwind weekend that chewed us up and spat us out, kicking and screaming, back into the real world. Billed as the last ever (though rumours flood those conversations as the rain flooded our tents) this review inevitably strikes a more consolatory tone of what has to go down as one of the best festivals this country has seen.

I’ll crack on with my actual review of this year’s SGP. The one that’s a compromise between what the festival was like and what I actually got up to (which is probably best reserved for a private audience) in a language we can all understand. If you’re familiar with my festival review style, which is unlikely, you’ll know that I prefer to relay the festival as an experience, not a blow-by-blow account or detailed description of a particular set. I hate writing generic baloney like so-and-so stole the show with their trademark blend of floor-ready Venezuelan techno beats and signature Botswanan ukelele riffs, reminiscent of their first few albums before they went mainstream, and they mixed their music in their gran’s greenhouse using samples recorded from the humming churners at an early industrial cheese factory. If you want that, you’ve come to wrong little crevice of the internet.

In another festival this would probably be the biggest section. Whilst credible and enjoyable, the strength of SGP lies beyond the list of names on the payroll. Acts ranged from Akala to Eats Everything, Toots and Maytals to Metronomy. None of which were particularly inspiring on paper but I enjoyed every set one I took in.

The absolutely fucking radical set of fanny-out, bass heavy anthems from Peaches. Dick, dick, balls, 2000-and-dick… and Sucking on my titties like you wanting me… She was incredible, from start to finish. An unexpected treasure; defiant, empowering and spectacularly unapologetic. 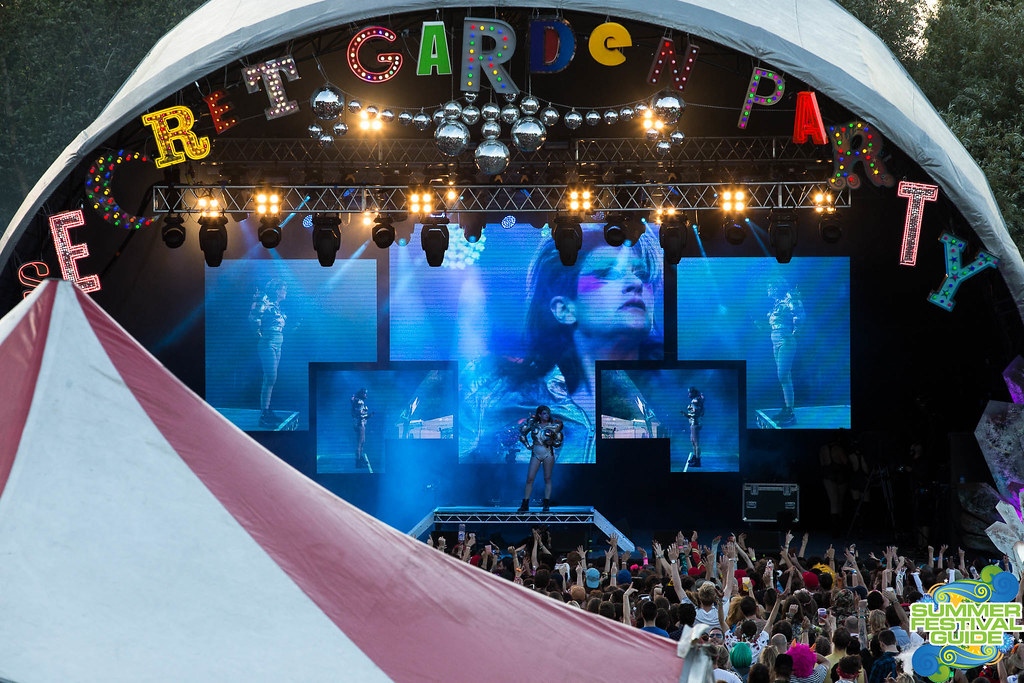 The rain on the Friday night [this is when Paul's camera broke!]. I left for the Main Stage area in a t-shirt, shorts and a jacket of optimism but by the time to main acts kicked off I was riddled with drizzle and my motivation to slide through the puddles speedily fizzled. There were welcome breaks from the black clouds as day broke. The sun poked its head out to brown my mud-specked skin before applying another level of slippy slop to the festival floor pretty much from thereon-out.

As always impeccable. Originally conceived as an antidote to the increasing commercialisation of the UK festival scene (and that was in 2004) the way I always pitched SGP to my friends was an unrivalled setting with a unique and genuine approach to the finest of details.  A festival that embraced it’s rural surroundings; that simultaneously allowed the locals to celebrate their environment, and culture, but also people from across the country to immerse themselves in a world that blended the pastoral and the fantastical, or magical. It’s something which has been embedded in our culture for thousands of years, both reaffirming and reconnecting with a past. Everything from Stonehenge to Narnia is woven into this place they created to escape from the grind of daily life – our relationship with nature, through the looking glass.

I tell my friends about the stage design; the Pagoda on the lake, the Drop cut into the verge, the Lost Woods, the boxing ring and its terrace of hay bales. The world they have created through the years is immersive, authentic, full of surprises and most importantly, believable.

The sound was underwhelming, never quite loud enough to get lost in. I guess sound is more of an issue to some than others but it was universally noticed. Personally it didn’t kill my buzz as much as the rain but there were several occasions where I could found boogieing pretty much inside the speaker boxes at Pagoda. 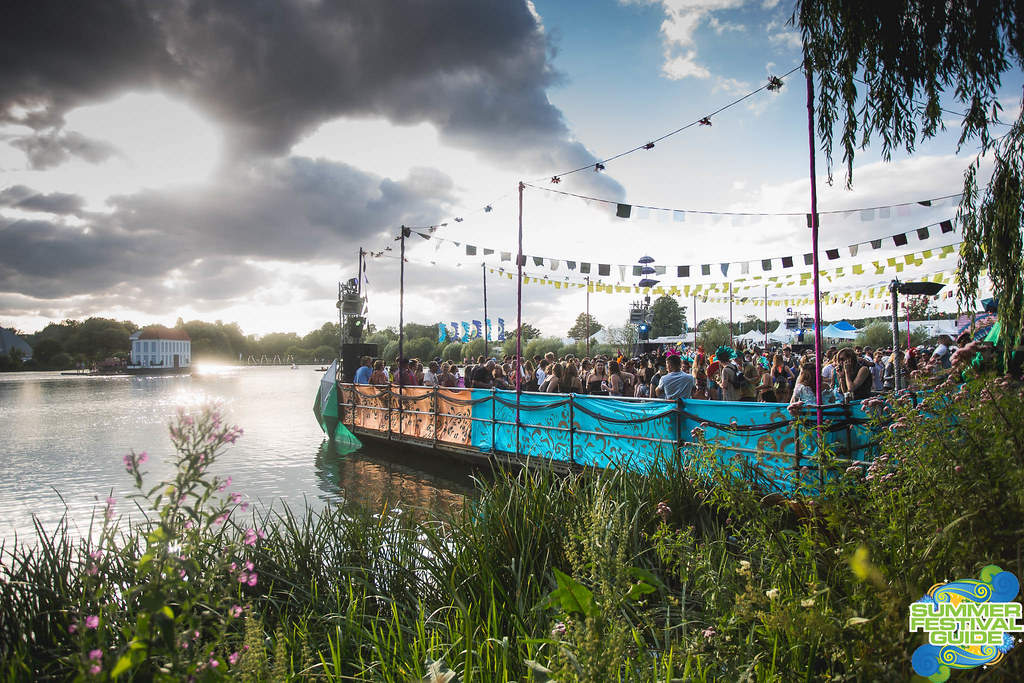 As good as it gets. Perhaps a victim of its own success, the broadening of the crowd added a few extra elements that I hadn’t noticed in previous years but there was never an edge. Our gang of three snowballed into diverse bunch of dispersed groups within 24 hours. We flicked between and clung to these guys the whole rest of the time; a cracking bunch of maybe twenty people – unbelievable characters. In my head it felt like our age and experience framed us these mythical role models; heavenly manifestations of reprobatory shenanigans. In reality they probably just kept us within sight like loco parentis guardians of lost children. In the name of balance we’ll just leave it at a group of absolute sick guys that found another two kindred spirits and joined forces gloriously, and effortlessly. Every random encounter and interaction ranged from entertaining to uplifting; weirdness, coolness and just a general unguarded approach by nearly everyone I came across.

We quickly got word of a stall known colloquially as ‘Buttermilk Chicken.’ I don’t eat meat, but let me tell you, their buttermilk, deep fried hallumi burger with a hash brown on top was probably the best burger I’ve ever had the pleasure of hamming.

Personal highlight for me was just the people I met and whom I shared the whole experience with; from Thursday morning to Monday afternoon. A real festival experience should be a story in of itself – a deeply personal one, much deeper than simply following an itinerary and wandering between stages at specific times on specific days to specifically have a specific laugh. So many good people. We met a few first timers, who’d never done a festival before, and the way the embraced it for me was an inspiring cocktail of expectation and nostalgia. It’s hard to explain without sounding like a complete twat, but I’m willing to sprinkle a little twattery on top at the expense of integrity, so chiggedy check this one: as a seasoned festival head, I knew what to expect in terms of the camaraderie and connections you can make at such places, but seeing it spark for the first time in someone else filled me with a bittersweet ambivalence. It was beautiful to see people’s minds being opened, and blown while at the same time being acutely aware that although for them, it was the start of the incredible journey that is your twenties, and your youth, it was also the end of mine. There were parallels between myself and Secret Garden Party itself. An unwavering commitment to celebrating the weekend as if it was my last, and the knowledge, that actually, maybe it was my last, at a festival. 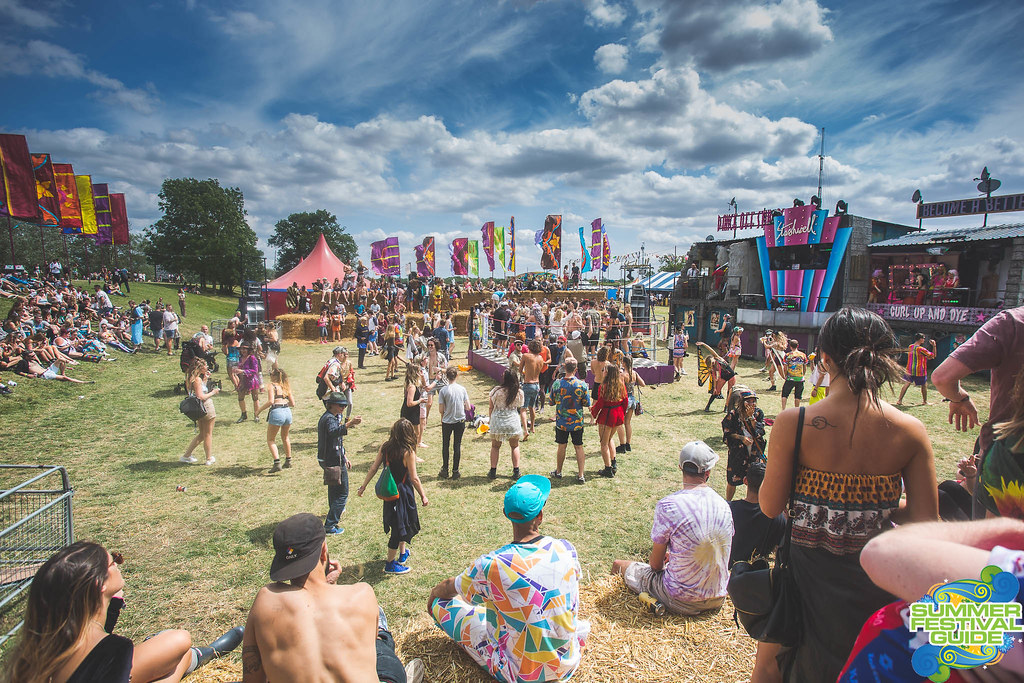 In the end, a great send-off and a particularly poignant one for me because it was also a send-off for my best friend and photographer/general partner in crime at all these festivals we’ve done over the last decade, starting with Exit ‘07. It also turned into a send-off for my new friends, and in many ways, the remaining part of my own youth. All these goodbyes – old friends, new friends, a fair few clothes and trainers, Huntingdon and SGP. This is an obituary of sorts and I have to give thanks to SGP, the organisers, the people who worked it, the people who went, everyone, for giving me everything I wanted from it to such a significant extent. It was a complete festival experience undoubtedly. I gained a part of me on those fields and I left a part of me on those fields and I guess that’s as big a compliment as you can pay to a festival. It will be missed.

I’m still sad now. I’ve got a bad dose of festival blues. Midnight blues not by-the-beach-at-high-noon blues. I got back Monday night. The next 48 hours are a blur of nostalgia and social, physical and emotional withdrawal. I was holding back tears at Grey Worm and Missandei’s sex scene when I finally got round to catching up on GoT. I had to get a ten hour flight to Vegas on Thursday and cried at the inert and sterile performances in Rogue One, a true testament to the serotonin splurged in that incredible weekend (and I’m usually one of those ‘if the milk turns out to be sour’ cool af mf’s). Even in the cold, wet reality of Monday morning, I didn’t want to leave. But life is not a festival (I write this on a road trip across America) but I couldn’t imagine life without them. At 31 I’m coming to terms with some melancholy realities but if I have any advice it’s as follows. Go to festivals. Go to as many as you can. Meet as many people as you can and soak up as much as you fucking can, while you fucking can. You’ll be a better person for it. I heard someone describe Secret Garden Party as ‘Glasto-lite’ by the kind of person whose personality slid quicker than my old Reeboks in the Cambridgeshire mud but it has been a true great in a superficial, over-commercialised scene and the perfect platform for me to express myself outside of the boxes and hoops we navigate in our day-to-day.

Special shout-out to the tepee wankers and the ‘Secret’ girls and of course man like Paul Taylor, best of luck in the Big Apple my g x