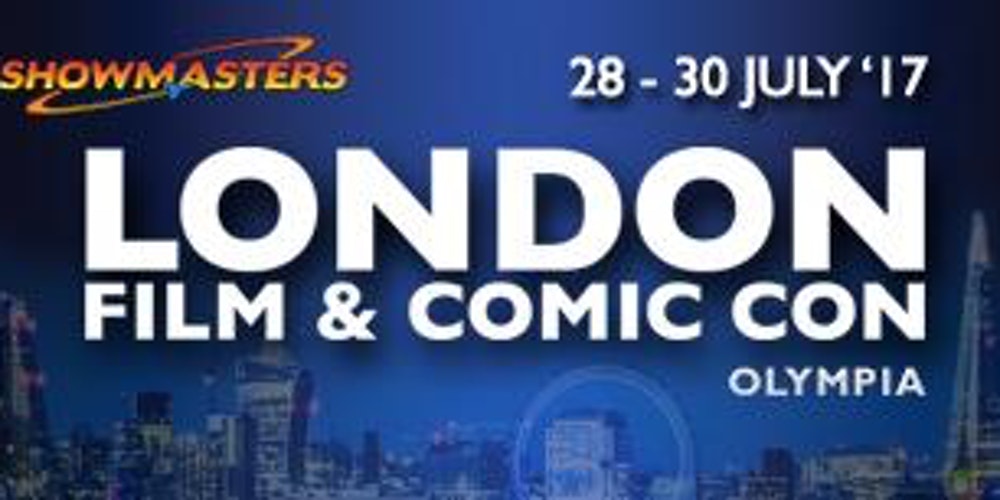 London Film and Comic Con is quickly becoming one of the best conventions to attend within its genre and it hopefully wont be long before it is at the standard of San Diego Comic Con. Running over three days, guests from TV Shows, Films, Comics, Wrestlers, you name it, were in attendance.

LFACC is not just an opportunity to snap a picture or grab an autograph off your favourite celebrities but it is also an opportunity to Cosplay, dress up as a favourite character from a film, show or comic and admire others who are dressed up too. The people in cosplay are often asked for photos just as much as the guests are because these people really do go all out and they make a more than impressive effort which is simply astonishing.

Some of the costumes people wore were epic, there were zombies, transformers, Davey Jones from Pirates of The Caribbean, Drop Dead Fred and many more.

There is so much to see at comic con, it gets incredibly busy but you do have the best time. No one judges you, unless you're entering a cosplay competition then they are judging you in a good way. One thing I noticed is how excitable all the fans were and how friendly and supportive fans were of each other.

This event took place in Olympia London. The bottom floors was filled with merchandise stalls selling every kind of collectable you could want. There were Pokemon, action figures, comics, trading cards, autographs, you name it!

The upper floor was where all the guests were. They were scattered throughout the floor, making it quite a mission to get a quick look at everyone but fun. We saw Will Wheton, Alexis Denisof, Alyson Hannigan, Emily Kinney, Alicia Witt and many more.

The weekend was organised well I thought, especially in comparison to previous years, baring in mind the last one I attended was almost ten years ago. I liked the fact that autographs and photos could be purchased online where as before, you had to queue early to get a ticket to queue again during your allotted time. This saved so much stress and congestion having it online.

I, for the first time ever went as a spectator and a spectator alone, how I managed to not go and meet Alyson Hannigan when I was the biggest Buffy fan ever is beyond me.

I did however, catch up with Alicia Witt as was a fan since a teenager. At the bottom of this review I have included my interview with her.

LFACC is more than worth going to. It is easy to get to, the entry price is not that costly, I believe standard day tickets ranged from £15-£20 per adult. The cost effective part are the autographs and photos as every guest varies, there are also packages available from Silver to Gold etc. To determine whether it is worth it is simply up to you, how much you want to meet a guest, how much you want to add that autograph to your already signed poster or collection. For me, years ago, it was worth it as I had some of the best times at this event and for everyone there at the weekend, I know they felt the same.

Some guests you could walk up to without a ticket and pay at the table, that is nice for impulse meet and greets. I know that my friend really enjoyed having her photo with Zoe Wanamaker and meeting Kristian Nairn who was a teddy bear, so lovely and so friendly, we wanted to take him home ha!

The weekend also included guest talks which required a seperate ticket but you get to hear great stories from some of the biggest guests such as Benedict Cumberbatch and Alyson Hannigan.

I highly recommend anyone who is a geek, a fanatic, a lover of film, tv and comic to go to LFACC even just to have a gander. I have missed this event, I didn't realise how much and I hope to go back next year.

Alicia Witt is an American actress and singer/songwriter from Massachusetts. If you were a teen in the 90’s, it is likely you are familiar with her work from playing Cybil Shepherd’s daughter in the TV series Cybil, playing a disturbed teen in the film Fun (which I never recovered from, ha!) to playing the lead in teen horror flick Urban Legend and being in one of my favourite movies Mr Holland’s Opus.

More recently, Alicia is know for her roles as Paula, one of Neegan’s gang in The Walking Dead and Superstar Diva Autumn Chase in Nashville.

I walked past Alicia and suddenly my teen years came flooding back, I then saw she was selling T shirts and Vinyl. Having a closer look, it was apparent that Alicia is a singer/songwriter and not just an actress which I was unaware of until that moment. I shouldn’t have been surprised though, seeing as she sang on the show Nashville.

Watching fans go up and buy her music and also being the Nashville fan that I am, I decided to request an impromptu interview. Given that Alicia was at her signing booth and meeting fans, Alicia was incredibly kind enough to give me a few minutes of her time which I truly appreciated considering she was there to meet fans, not do interviews. This just goes to show what a lovely, genuine and professional woman she is which was so wonderful. I really enjoyed meeting and chatting to Alicia, she is very down to earth and as I said, lovely.

If I had more time and had been prepared there would have been so much more I would have asked but fans were waiting to meet her and who am I to delay that?

I have since listened to Alicia’s album Revisionary History which I am really enjoying and recommend, it may not be country but was recorded in Nashville with Ben Folds and has a lot to offer (review on its way) Alicia will also be releasing new material in the fall.

Hi Alicia, so good to meet you, how are you?

I am good thank you and you?

I was thrilled to be on it, not only do I love the city Nashville, I have spent tons of time there in the last five years but I was also a huge fan of the show and I had seen every episode up until the point that I was asked to be on it. So I was really thrilled.

What did you think of the character (Autumn Chase) when you read the script? She was a bit harsh.

Well you know what, I don't think that she started out that harsh in the first episode, so I was quite surprised that she was getting nastier and nastier as the scripts went on and that’s not how I thought she would be. So I was hoping to get to know a bit more about what made her that way and see her break a little and I have a feeling that might of happened in later seasons but then the new show runners came in and a lot of the actors who had been on it weren't on it anymore as you may have noticed like Aubrey (Peebles) never came back, which is so weird. I love Aubrey

Yes so do I, I think she had the best voice on the show

Have you ever heard her sing live with her own music?

You also write and sing your own music?

I do, this is my album (shows me her vinyl of album Revisionary History) I have sold out of my cds

It is really good, my suitcase will be a lot lighter so I am very grateful

So how would you describe your music, I believe this album was recorded in Nashville?

The last album was produced by Jacquire King who has done everything from Kings Of Leon to Tom Waits and he James Bay, you name it. So my music, I think , the one I did with Jaquire which is coming out this fall and is called 15,000 Days is more pop, I don't really know what genre to put it in other than that, its pop music with strong lyrics and is piano driven. Its not so far removed from the style of maybe the James Bay album is a good comparison actually.

Singer/songwriter but its produced it has loops and sound effects and it has more pop which I love. The album that’s out now, Revisionary History, was produced by Ben Folds.

Yes I saw that, that must have been amazing?

It is, he is a phenomenal producer and has always been one of my favourite artists and he sings back up vocals and plays drum and bass on the album.

That is pretty cool.

I also saw you played at The Bluebird Café in Nashville

Yeah, I have played many times, it is amazing, I love it there.

Well I can't wait to listen to both albums and will review them too, I love how you have your own music as I had no idea till I arrived just now and I love it sometimes when you stumble across music that way.

Thanks so much for talking to me today and enjoy the rest of the weekend here.

Thank you so much Hannah.