After a week of doomy skies and rainfall, as well as monikers Drownload and Downpour festival from previous years, you’d be forgiven for going head-to-toe storm wear to Donington. For now though, the weather looks decent so we're donning hats and sunblock.

After a fairly heavy security check, welcome after the recent tragedies in both Manchester and London, we get through to the main arena to see some things have changed. The main difference to the site is that the third stage has been moved up to the top of the hill from its previous home in the bottom corner. Though it means more of a hike between bands to change stage, it has solved a few problems – there’s no more sound transference/overlap when two bands are on at the same time, you don’t have to crush past the toilet queues to get in and the VIP area is more easily accessible now too. Though it’s more likely to have been moved due to the horrendous drainage issues in the rain last year. In fact, there seem to be dug-in irrigation channels all over this year, which according to sod’s law probably means it’ll be blazing sunshine all weekend.

Despite the arenas being quite quiet today, The Raven Age have pulled a decent crowd and are giving their second round at Download everything they have, alongside a commentary on the recent attacks from frontman Michael Burrough “Thank you for turning out, in the face of adversity, we really fucking appreciate it… this one is for Manchester… London… Paris…”. 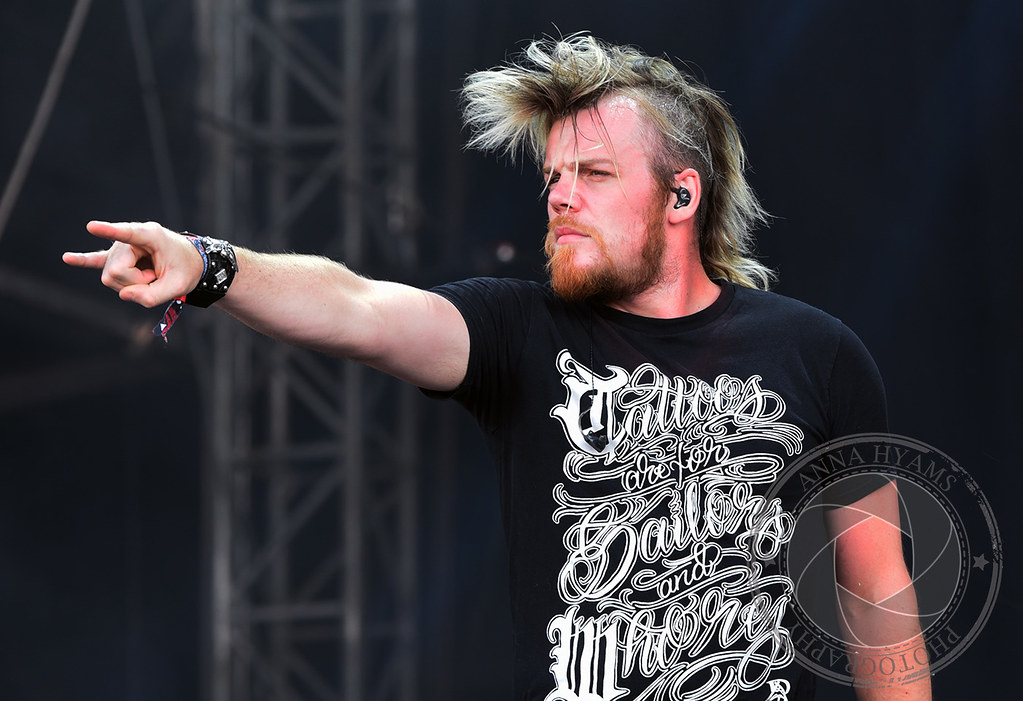 Next up is the unusual DL pick, rapper Machine Gun Kelly, who appears to be dressed in a dirty lab coat. It’s clear from the first beat he’s a powerful presence and he careens around the stage with explosive passion. Covering Oasis’ Wonderwall is a guaranteed goal in the UK, I mean we all think it’s shit but we do know the words, however it’s ‘Alpha Omega’ that gets everyone yelling along. After jumping off the top of the drum-kit in his massive winkle-picker shoes and jumping into the pit to dance along the front of the crowd, MGK reduces one fan to tears. After calling “Beautiful girl in the front row wearing the white MGK hoody… this one’s for you” he drops down on one knee in front of her and continues with the song whilst holding her hand. It’s adorable… especially considering two minutes ago he was screaming at everyone to get their middle fingers up. 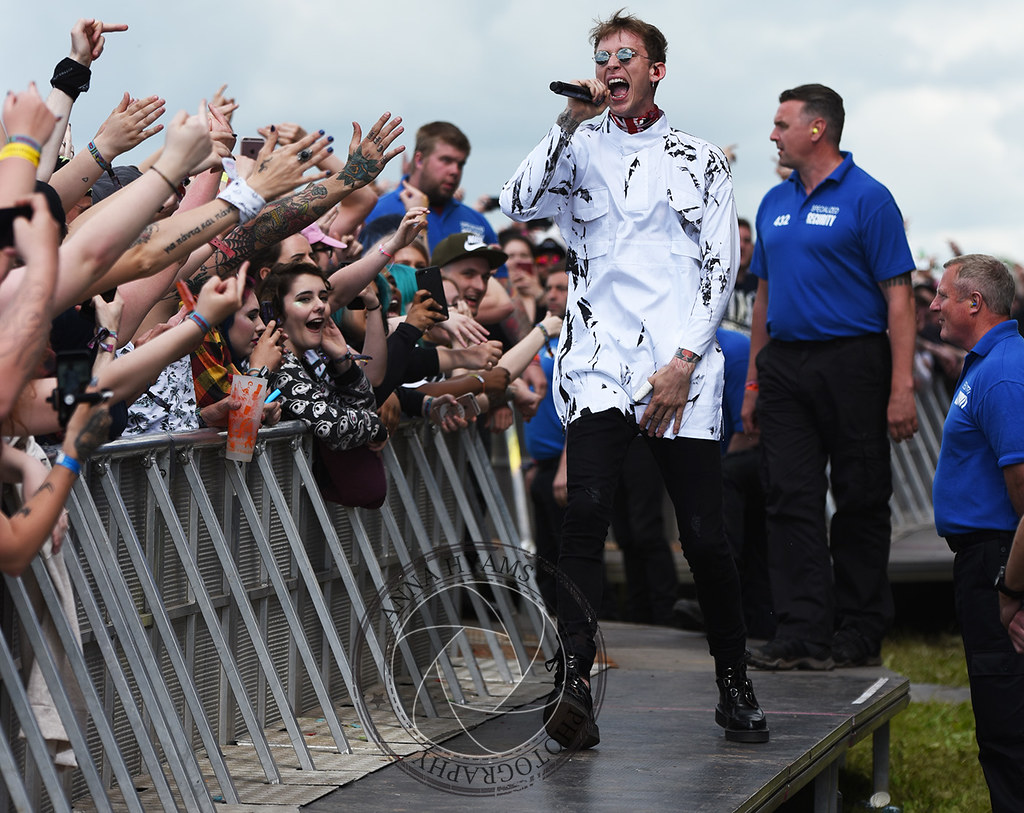 Suicidal Tendencies are ridiculous fun, frontman Mike Muir grins maniacally as crowd-surfers are yanked down by security guards, whilst on the main stage 5 Finger Death Punch are inciting circle pits to snippets of Crazy Train and Smoke on the Water. Someone dressed in an inflatable t-rex costume is trying desperately to leave during ‘Burn MF’, without much success. 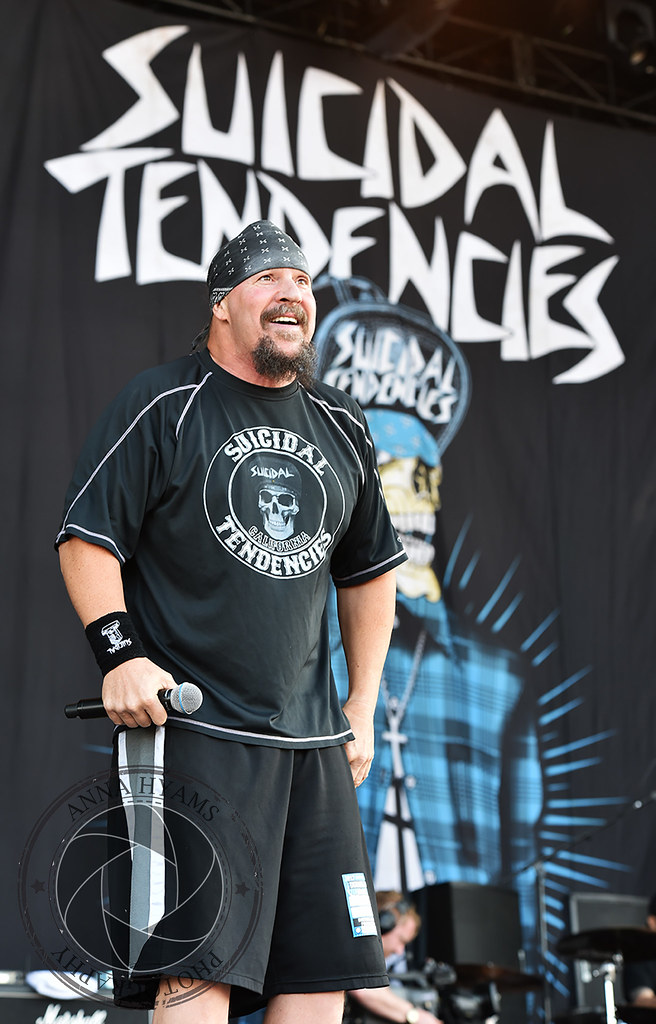 Good Charlotte offer up the disturbing realisation that they started this band 21 years ago, asking “how many of you remember us from high school?” but the crowd is bouncing along as if they don’t have jobs… kids… adult responsibilities, all the same.

The lyrics “Girls like cars and money” from ‘Girls & Boys’ were pretty standard fayre for the noughties pop punk scene but times have changed and bagging on girls is a hot topic these days. So it’s not entirely surprising that following the song comes a sort of apologetic disclaimer “firstly I wanna say thank you to every girl who came here today. The whole thing looks better, smells nicer… is smarter… what the world needs… all you girls out there, not afraid to stand up, to express yourselves…” 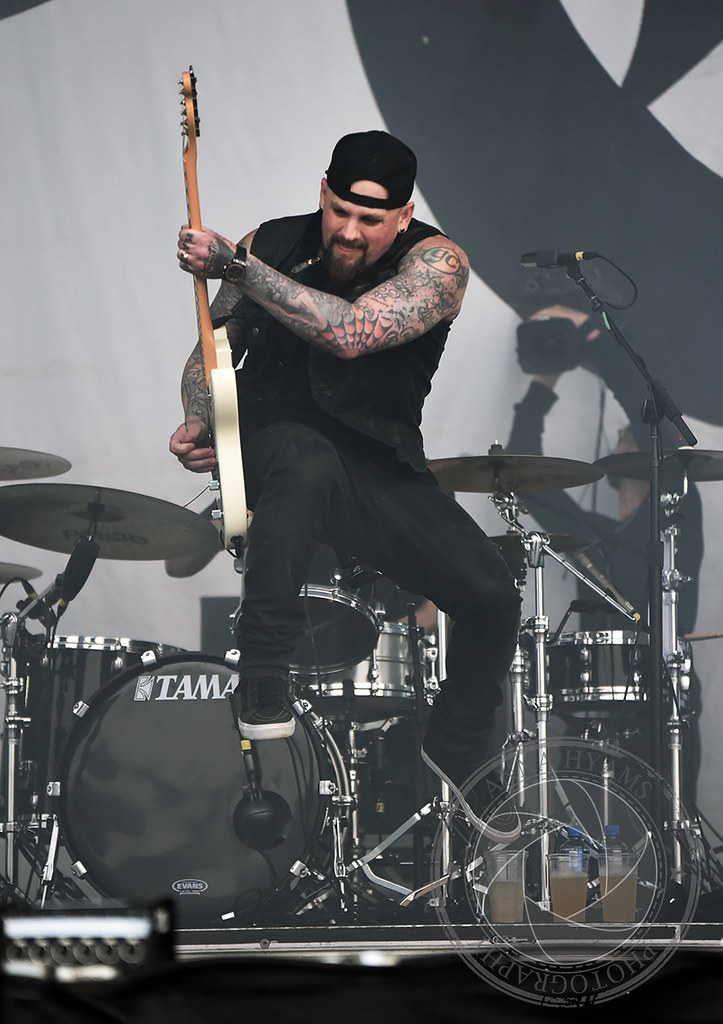 Closing the Zippo Encore stage with more pop punk are Sum 41, headed up by Deryck Whibley who is looking decidedly healthier than he has done in a while, with his blonde hair still spiked upwards in defiance of the passing of time. He really doesn’t look like he’s aged with us at all to be honest. What a bastard. It’s a huge turnout and the crowd is going wild for the classics ‘Still Waiting’, ‘In Too Deep’ and finishing up with ‘Fat Lip’. 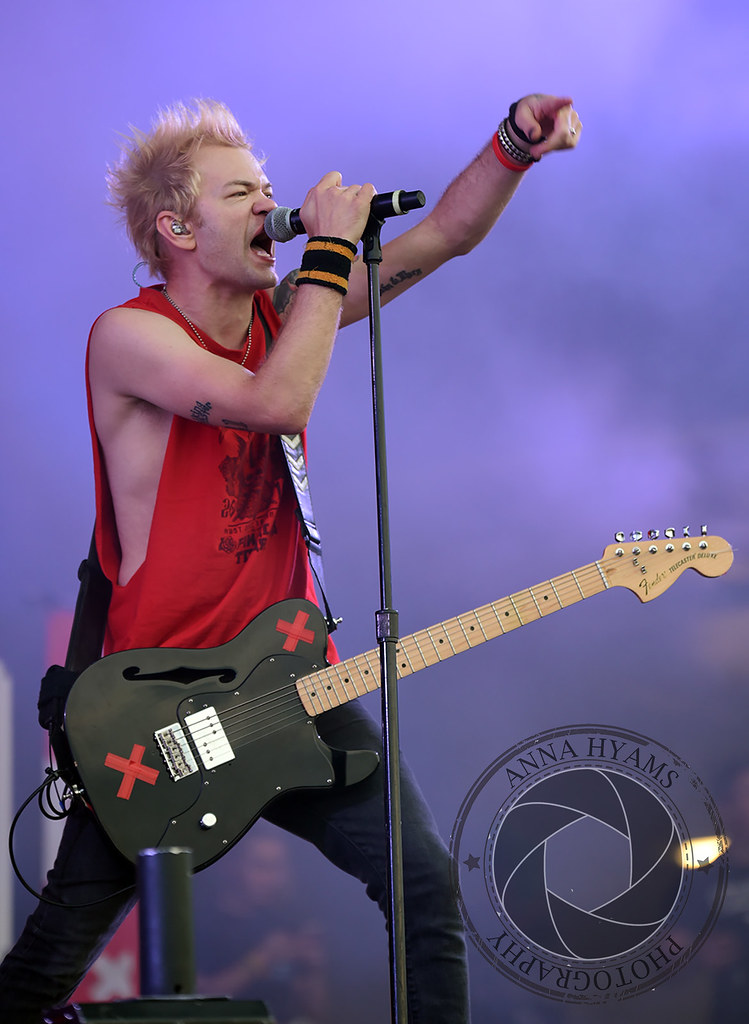 A miraculously dry day at Download sees droves of half-drunk, half-sunburnt red faces heading to the main arena for Friday night's main stage headliner System of a Down. Having played at Download last in 2011, SOAD were definitely due a return to the main stage at Donington and thousands of people are already packed in to watch.

Starting strong with 'Suite-Pee' and 'Prison Song', blending seamlessly into 'Violent Pornography' (which I realise sounds rather rude…) SOAD make it known that they mean business. It's rare for a band to be respected and liked across the board, but it really seems like System aren't the great divider that other headline acts seem to be. Droves of people are coming in from the second stage where Sum 41 are just finishing up, and the standing is packed all the way to the back of the arena.

With his now white-streaked beard, Serj Tankian holds the crowd in the palm of his hand and a giant screen behind shows clips of black and white movies and news stories during the bass heavy 'Aerials'. It's bone-shakingly heavy and there is a deafening chorus of people joining in around us, Download have got the main stage sound absolutely spot on this year, it's pitch perfect from way back into the arena.
Into the much loved 'Bounce' for some limb-flailingly chaotic pogoing, during which a man in an extraordinarily short tutu with "Twat" sharpied across his forehead, almost loses what's left of his dwindling dignity, followed shortly by the incredible 'Psycho' and 'Chop Suey' – absolute classics. The guy on the front row wearing a full tuxedo is going berserk and I know how he feels, this is shaping up to be one of the best headline sets Download has ever seen.

After a solid 45 minutes of play without so much as a pause, Serj yells out to the crowd "Download, how you fucking doing out there?" and that's our lot. SOAD truly came to just smash it up, not stop for a chat. For a band heavily invested in political topics and lyrics, I had sort of wished for a quip or two regarding yesterday's UK election results, maybe something about being well hung…

Closing out with the enormously enjoyable 'Toxicity' and 'Sugar' SOAD have pulled off a near perfect headline set, and despite the obviously lower numbers at the festival this year, everyone seems to have turned out to see them do it. Roll on day two!