With an array of Croatian festivals on offer, we were hard pushed to choose which one was right for us, especially as we were trying to combine a festival with a holiday. Researching into Soundwave Festival, it seemed to have everything we were looking for; an eclectic range of music from hip hop, DnB, dub, jazz, house, afro-beat, reggae, funk and soul, chilled vibes, glistening blue seas, boat parties and oodles of relentless sunshine.

We arrived at Split airport in blistering heat on the morning the festival. With just over an hours taxi transfer to the historic old town of Tisno, we dumped our bags and walked along the scenic Dalmatian coastline to the site. After the naff British summertime and a bunch of soggy festivals so far this year, we were banking on this one to be ‘the festival of the 2016’. 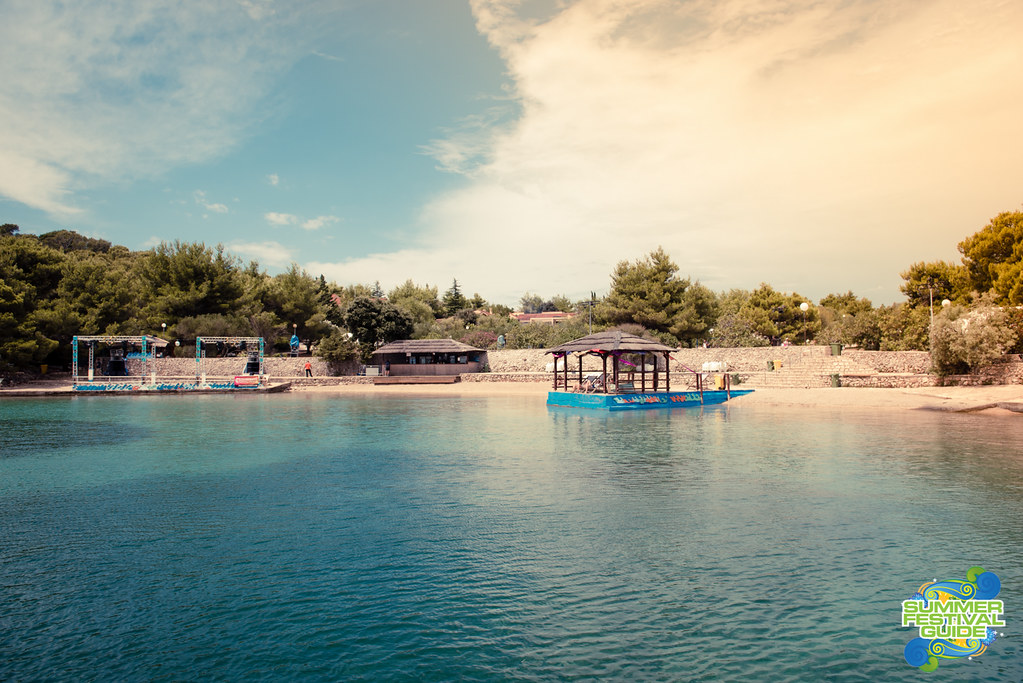 Now in its 8th year, Soundwave is spread over five days and three stages. Hosted by The Garden resort, this idyllic slice of paradise with a natural beach cove provides an intimate festival setting for 3,000 like-minded partygoers. Crystal clear waters lap around the beach stage while DJs play laid-back beats as people splash around on inflatables in the afternoon sun. As the sun blazed down the way to keep cool was to dip in and out of the water and sip on slush cocktails.

Seminal Soundwave attendee Craig Charles was always going to bring the party vibes to the island, and it was evident from the swelling crowd that this was one of the highly anticipated DJs of the weekend. Bringing the sounds of the summer in his record box, his set featured the very best funk and soul grooves. We danced the night away under the enormous glitter ball to D-lite, Earth, Wind and Fire, Rick James, 6ix Toys, Grandmaster Flash, Stevie Wonder, and Marvin Gaye. Craig’s 13-year-old daughter Nellie Rose stole the show when invited onto the stage to sing an incredible rendition of Michael Jackson's classic ‘Loving you’. 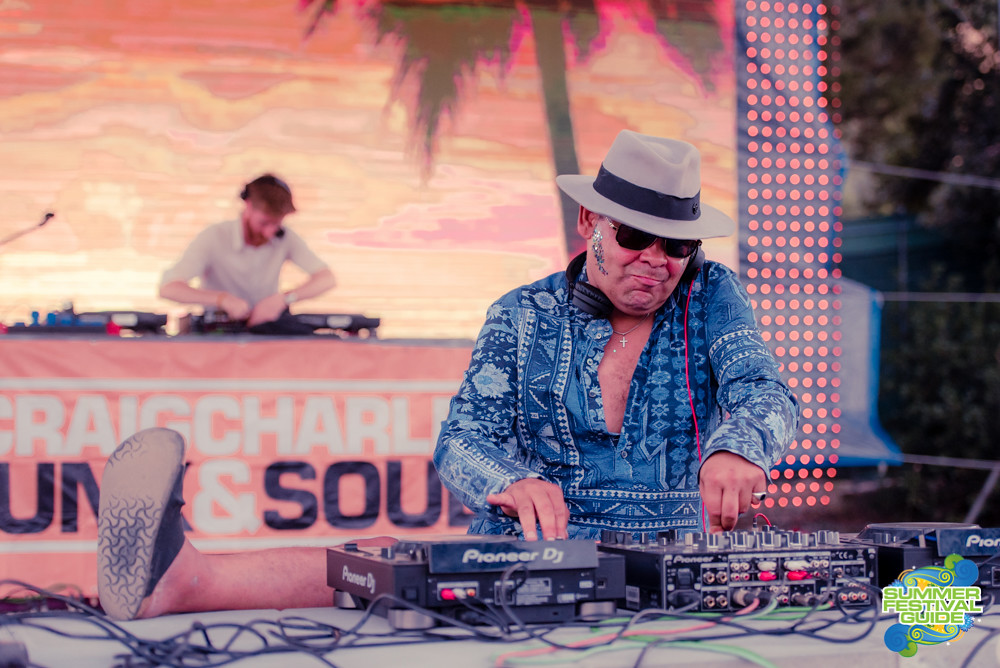 Famished from dancing, we ate a late night pizza at the on-site restaurant Magnolia’s before heading back to the main stage to catch American rapper Pharoahe Monch. This is raw; no nonsense hip hop at it’s best, and he pleased the crowd by pulling out favourites ‘Simon Says’ ‘ ‘Oh no’, ‘My Life’ and ‘Clap’.

Friday daytime was more of the same, frolicking in the sea, lazing on the beach, craft ales, champagne corks popping, smells of smoked ribs from the House of Ribs and beats provided by French D.J, Russ Ryan, and Harri Pepper. Through the day we saw the live art program taking shape as street artists Artez, and Fat Heat created murals. More graffiti sprung over the weekend from the caliber of Smack184, Lunar, and Sebastian Velasco.

The sunset created stunning lens flares, and it was hard to pull ourselves away from the beach. We proceeded to the main stage to catch Eglo Records soul diva Fatima and the Eglo Live Band, followed by a powerful set by Akala who urged the crowd the jump to Double XL. He pounded out ‘Absolute’, ‘Another Reason’ and ‘Fire in the Booth.'  The main stage was closed by with the tribal beats of Clap Clap. Soon after the skies gave way to the most epic thunderstorm I've ever witnessed. The lightning flashes and sonic booms felt like we were caught in a war zone. 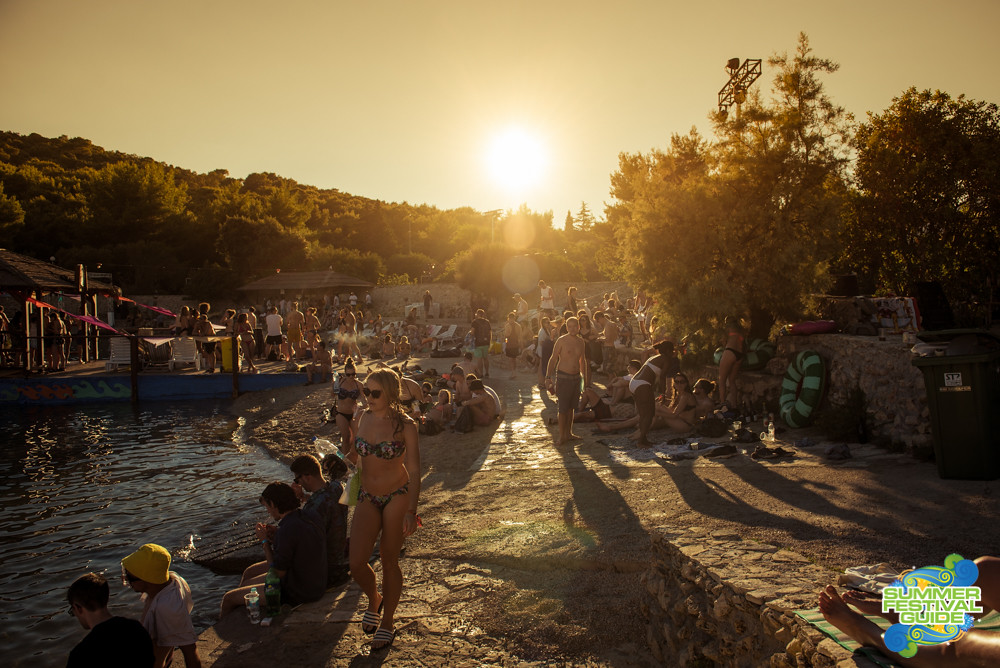 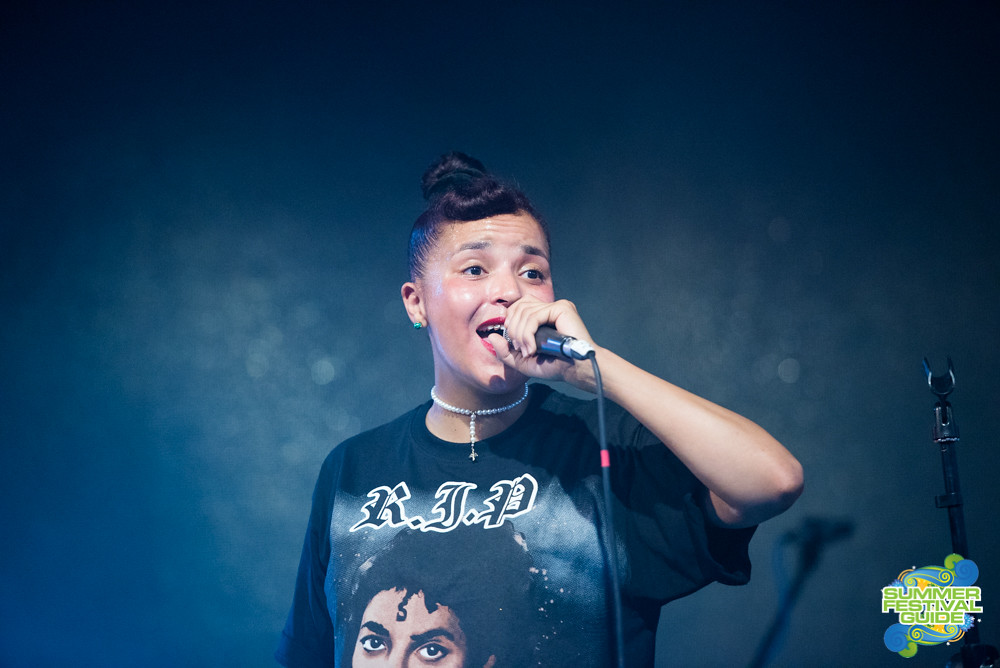 No trip to Soundwave is complete without a trip on the good ship the Argonauty, and we were fortunate enough to bag tickets to the hip-hop boat party. Saturday lunchtime arrived and like many, we were giddy with excitement. In our eagerness showed as we queued up early to get a good spot on the authentic vessel. Punters climbed aboard with sailor hats and glittered faces. As soon as we set sail the champagne corks began popping, and the party got going. Beats provided by the DJs Menendez Brothers, DJ Mylz, TwoGood and beat boxers Bloxxed Beats. We sailed around the Adriatic coastline for four hours partying to hip hop classics from Kanye, Jay-Z, Pharoahe Monch, Nelly, Public Enemy, Snoop, Dr Dre, NWA, and Missy Elliot.  As the boat docked we partied harder, refusing to get off until everyone on the beach realised they had missed out on an unforgettable party. Friends were made, and hugs exchanged. This was undeniably the best festival boat we had been on and a sure fire festival highlight.

Later that day we caught a perfectly crafted sunset house set from LTJ Bukem on the Beach Stage, along with liquid drum and bass DJ Calibre. MC DRS urged revellers to jump up on shoulders in a bid to break Croatian records. I reckon he did a pretty good job. 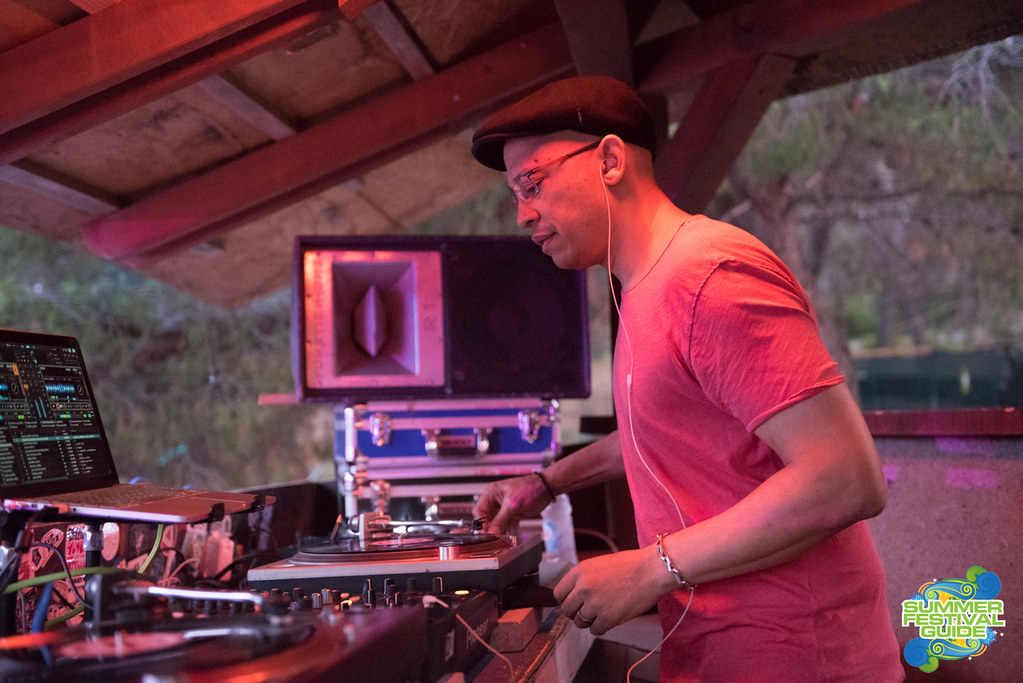 Sunday was even more laid back than previous days. Punters arose later after a night of hedonism in Barbarella’s Discotheque after party. The order of the day was chilled vibes provided by Kid Gorgeous and then picking up the pace Emerald and Shut the Front Door.

Sunday’s main stage action was provided by Eglo record beatmakers Henry Wu, Chunky and Alexander Nut, who’s sets crossed soul, jazz and hip-hop influenced joy. The generator packed up, and the site was plunged into darkness just before Gentleman’s Dub Club headlined. Thankfully we didn’t have to wait too long before it was back up. Leeds based Gentleman’s Dub Club have been steadily carving out a solid reputation as one of the UK’s foremost reggae bands fusing ska and dub influences. Lead vocalist Jonathan Scratchley bounced onto the stage to deliver the most exciting live performance we witnessed all weekend. The whole audience jumped in unison singing along to crowed pleasers ‘Music is the girl I love,' ‘Emergency,' ‘Fire’ and catchy chorus number ‘High grade.' 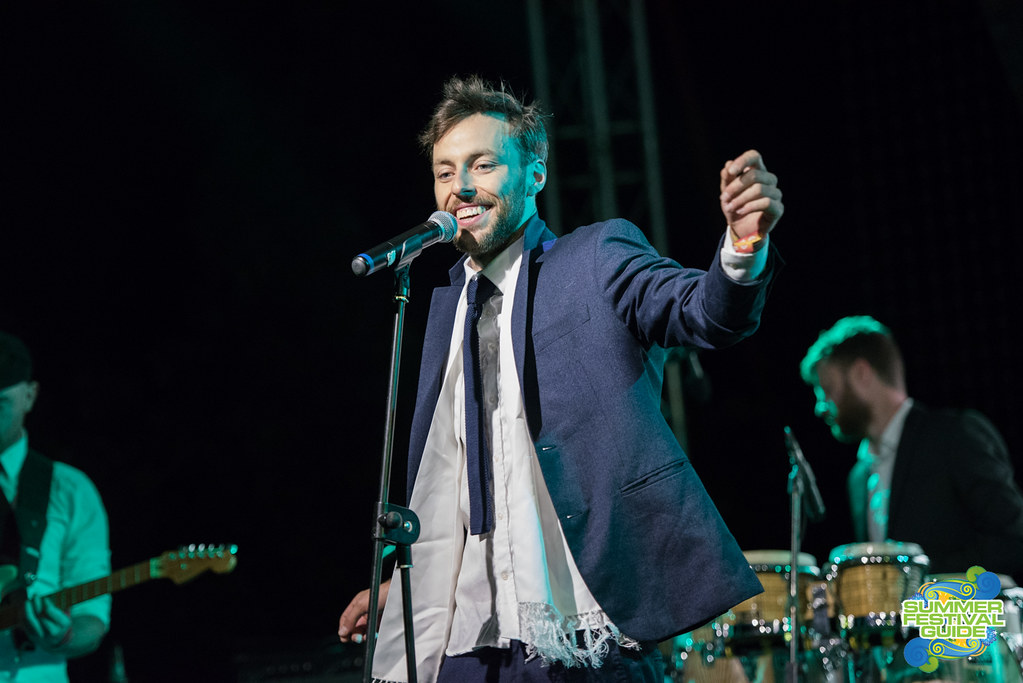 The final day we jumped aboard the Argonaughty for one last boat party. Riot Jazz, Taste The Diff'rence DJs, Chunky, and Rich Reason provided the perfect sound track to a blisteringly hot Monday. As we set sail on the sun-kissed waters DJ Cutterz, Stu Morley, and Misc Jockey span break beats, hip hop, soul & funk. Next up were Manchester based Riot Jazz, a nine barrelled Balkan to Brooklyn brass band who made the whole boat bounce up and down to their barnstorming, raw energy renditions of Britney Spears – ‘Toxicated’, Aha’s -‘Take on Me’, Human League’s – ‘Don't you want me baby. It was a perfect end to an incredible festival.

It's the balance of art, music and holiday is what makes Soundwave an idyllic and enchanting festival. It’s undoubtedly one of the most beautiful locations in the whole of Europe, and with so many special memory-making moments with like-minded kindred souls, you can see why punters return year on year.