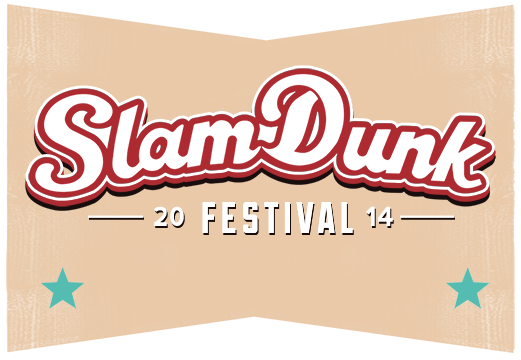 On 29th May the Genting Arena in Birmingham opened up the doors for Slam Dunk Festival. Each year the SDF team promises to make the event bigger and better than before and with the Midlands venue being shifted from Wolverhampton Civic Halls following their refurbishment, to the far larger Genting Arena it’s set to be bigger and better for their 10th Anniversary.

Initially, when entering the main arena it is jam-packed full of fans, various traders, band merchandise stalls and eateries. Once you finally managed to gather your bearings, there’s lots of talent on offer across the eight stages.

Early starters Coldrain were set to take to the stage at 1:20pm but after waiting around it was announced that they wouldn’t be performing due to technical issues beyond their control so they had to cancel their performance and quite a crowd had gather to watch the band open up the Atlas stage.

Then it was a mad dash over to the Main Stage for Young Guns lucky enough I made it with five minutes to spare before they took to the stage.  They kicked things off with “ Daughter Of The Sea” followed by “Speaking In Tongues” which had the arena in one massive sing-a-long. Their set was full of high energy and you could see why they were part of the main stage bill.

Set list:
Daughter Of The Sea
Speaking In Tongues
Bulletproof
Rising Up
Winter Kiss
Brother In Arms
Bones
I Want Out 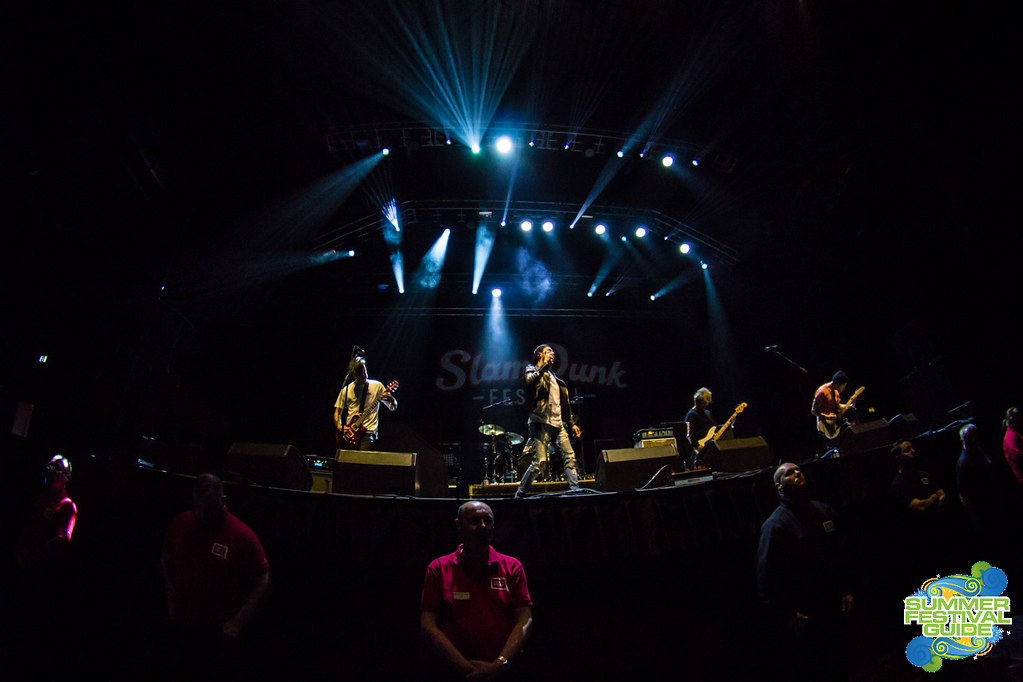 Next were indie rockers Mayday Parade, their set offered uplifting speeches and infectious energy contrasting with the songs we all had featured on our MySpace pages back in the day. The band set nostalgic memories across the room as the fans dance and sang along to every word.

One Of Them Will Destroy The Other
Jamie All Over
When You See My Friends
Keep In Mind, Transmogrification Is A New Technology
Three Cheers For Five Years
Hallow
Oh Well, Oh Well
Black Cat
Jersey 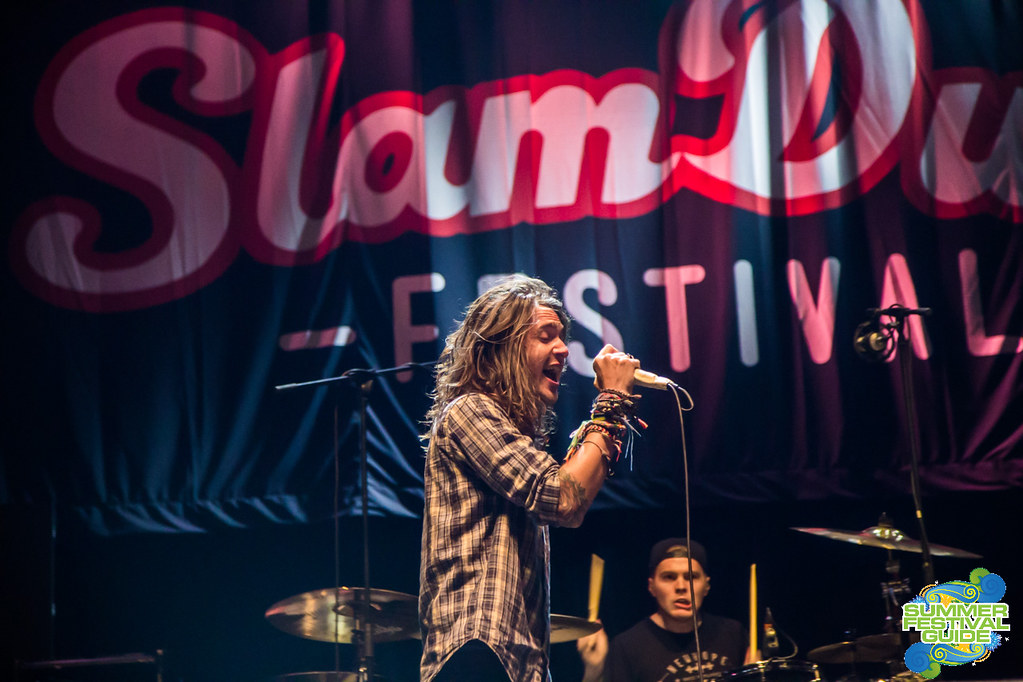 We Came As Romans came out strong on to the Atlas stage with heavy riffs and even seen Kyle Pavone get in with the crowd to mix things up abit.
Once again another mad dash over to The Key Club Stage to see As It Is. I’ve seen this band previously and they never fail to put on a good performance with high energy and antics. The room was full and so was the photo pit, it was all very tight squeeze. From the word GO! The room was bouncing and people were crowd surfing their little pop-punk hearts out, we even got to see Alex Costello of Roam join the lads on stage for “Cheap Shots & Set Backs”.

Another nostalgic moment was up next on the Main Stage with Yellowcard playing their album Ocean Avenue in full but not with minor set backs with equipment not working, it seemed a few bands were having technical difficulties over the weekend but lucky enough stand in drummer Rib Chianelli from We Are The In Crowd managed to fix the issue and get the show on the road with the crowd erupting from start to finish while the band bounces from side to side like ping pong balls on stage.

Set list:
I Bring The Weather With Me (Live Debut)
Open Letter
Lost & Fading
The Weigh Down
Death’s Hand
Pittsburgh
Don’t Lean On Me 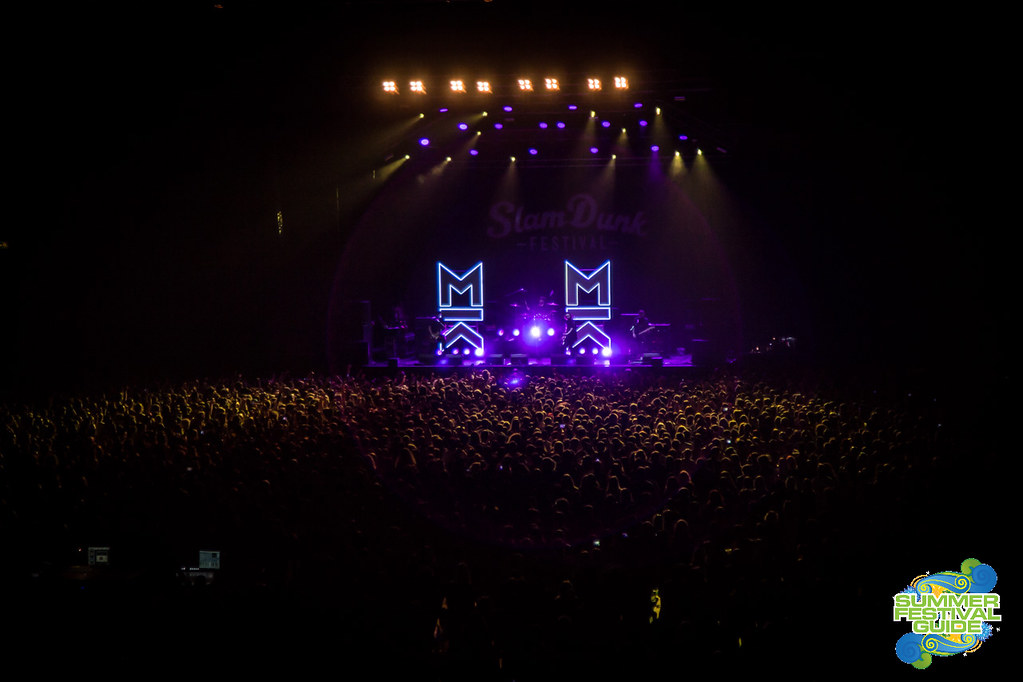 New Found Glory were set to take to the main stage next and I’ve got to say no matter what venue they play they always get the crowd hyped up with there influential back catalogue showcasing that Pop-Punk is not dead.

Hit Or Miss
Understatement
Selfless
All Downhill from here
Truth Of My Youth
Resurrection
Listen To Your Friends
Ready, Aim, Fire!
Ready & Willing
Kiss Me (cover)
Situations
Dressed To Kill
Vicious Love
The Promise – (requested by a fan)
Forget My Name
Head On Collision
Sonny
My Friend’s Over You 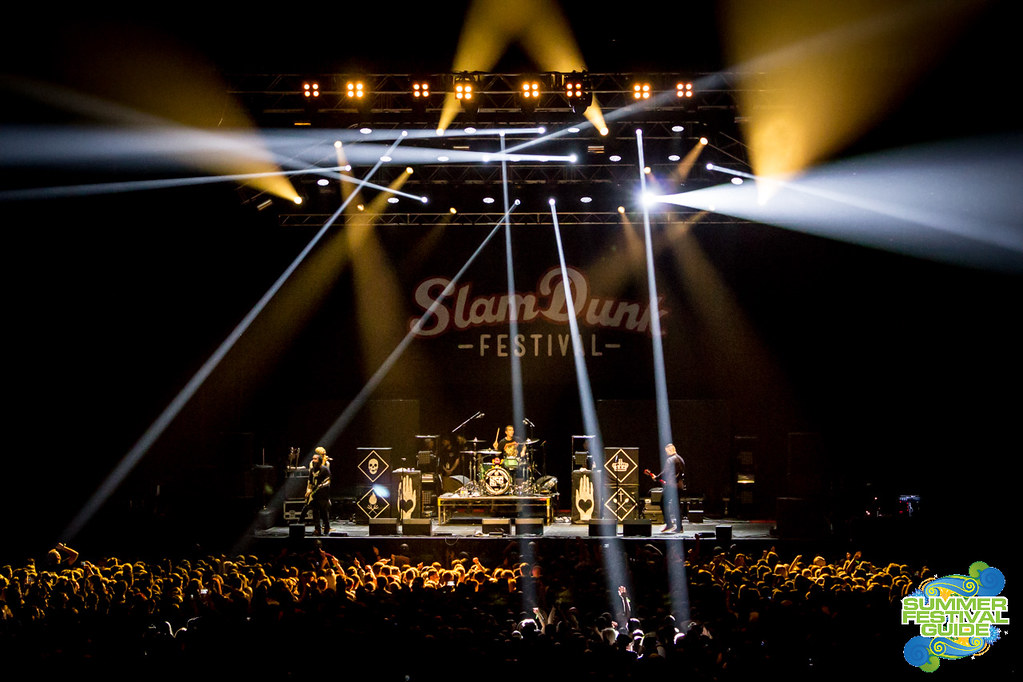 Finally the one of the main bands people were waiting to see where finally about to take to the stage. Panic! At The Disco for me stole the show, being easily the best of the night. You wouldn’t of thought that the band had already played a show earlier that day in Exeter with the amount of energy and showmanship on display even though Brendan announced to the room he was “totally fucked” before lying down on the floor. Urie is one of the world’s true showmen as he changes his attitude, persona throughout the set to fit the tracks he’s playing. He also showed off his vocal range and high-notes with a mind-blowing cover of Bohemian Rhapsody and fire erupts from cannons and a confetti explosion ends the event in style.