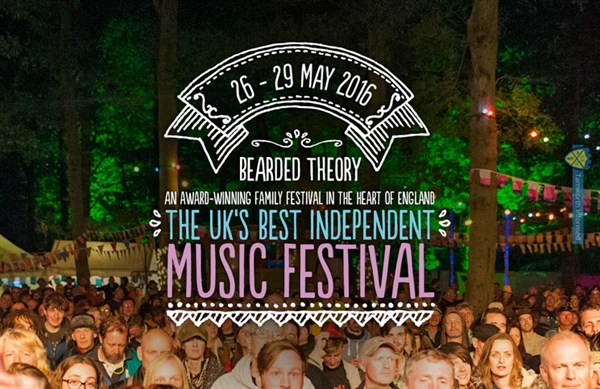 This Spring bank holiday I was delighted to attend my first Bearded Theory Festival at Catton Hall, South Derbyshire in the heart of the National Forest.

I was impressed with this festival from the off.  The festival staff were extremely friendly and helpful and the chilled out, relaxed vibes were apparent immediately.  It’s clear that the organisers care about the festival experience for the punters and strive year and year to make improvements on previous editions.  I was hit by the colour and beauty of the surroundings and it was clear a lot of effort had gone into making this a special weekend.

The diverse musical lineup included some household names such as the Bearded Theory favourites the Levellers who played to a packed crowd on the Friday.

My personal Friday highlight was ska/reggae band New Town Kings who had the Woodlands crowd in the palm of their hands with their perfect party tunes.

It’s not just the headline acts that define a festival, the many important supporting acts are often the hidden gems that really make it a great experience.  The Something Else Tea Tent was a perfect example of this.  The curator of this solar powered tent had put on a line-up of established and up and coming artists and lots of festival goers I spoke to thought this was the best tent at the festival.

In the tea tent on the Saturday Chantelle Barrow played her first ever festival slot.  Chantelle is an established singer and guitarist but she didn’t often get the chance to play out her own material.  From the reaction of the crowd I think she should play her own stuff more often.

Next up in the Tea Tent was Maelor Hughes who charmed the crowd with his Northern wit and singalong tunes.

Over in the Woodlands Jack Savoretti closed the night with a heartfelt performance of songs from his ten year career.

This family friendly festival has with lots to keep children and adults busy and even has an Ofsted registered school which 100s of children attended on the Friday.

Another venue I enjoyed was the Magical Sounds tent reminiscent of a psychedelic rave where revellers of all ages dance until the early hours.

Sunday headliners Squeeze finished the weekend of in style.

Whether you want to relax or go wild and dance the night away you will find something here to please you.  See you next year Bearded Theory.