When casting my eyes over the Chapter XII line-up, it was a sheer reflection of the inconceivable talent that The Rainbow Venues showcase year after year. The distinct sounds of Dubfire, Jamie Jones, Richie Hawtin and Loco Dice – to name but a few – were to be heard at one of the most dedicated hubs for the electronic scene in the heart of Digbeth, Birmingham, and this line-up was one of the most incredible to date. With a host of stages – from the Warehouse, to the Arena and up to the Rooftop Terrace, this was definitely about to be a day to remember. And my God, it was.

Kicking of the festival season in style, you could definitely tell it wasn’t summer quite yet; a waterfall or rain thwarted a huge crowd of ravers towards their chosen tent, with us heading straight to see a true pioneer of techno, Richie Hawtin, filling the Car Park stage at 4pm. Despite the early time slot, his thumping, minimal set drew in a huge crowd, subtly progressing from one track to the next and cementing his solid reputation as nothing short of a techno king. “Cold weather but amazing warmth and craziness going on inside @rainbowvenues!” he Tweeted post-show – and we couldn’t agree more. It was magnetic, commanding and deep, and set the tone for the day ahead. 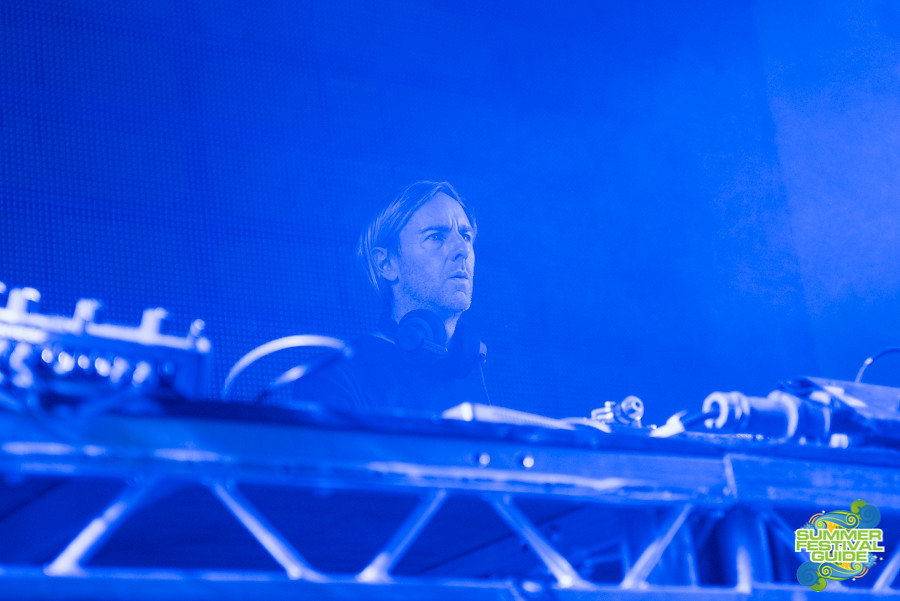 The Arena played host to a mighty selection of acts throughout the day; Israeli DJ Guy Gerber played an intense and memorable set to a captivated crowd, the tent literally overflowing with revellers even with Hawtin smashing the Car Park just seconds away. The crowd was well and truly warmed up in time for a less intense, but equally as captivating Sasha playing B2B with Nic Fancuilli, their beats aligned with blasts of cold smoke to a bellowing crowd. The beauty of Chapter XII is that there really is something for everyone; while there was deep house and techno pounding through the majority of stages, the Roof Terrace played host to an array of garage and grime artists, the likes of Redlight, Mak & Pasteman, Mele and Preditah causing one of the best crowd atmospheres seen at the entire event. It was a great escape, and one certainly lapped up and loved by every individual present. 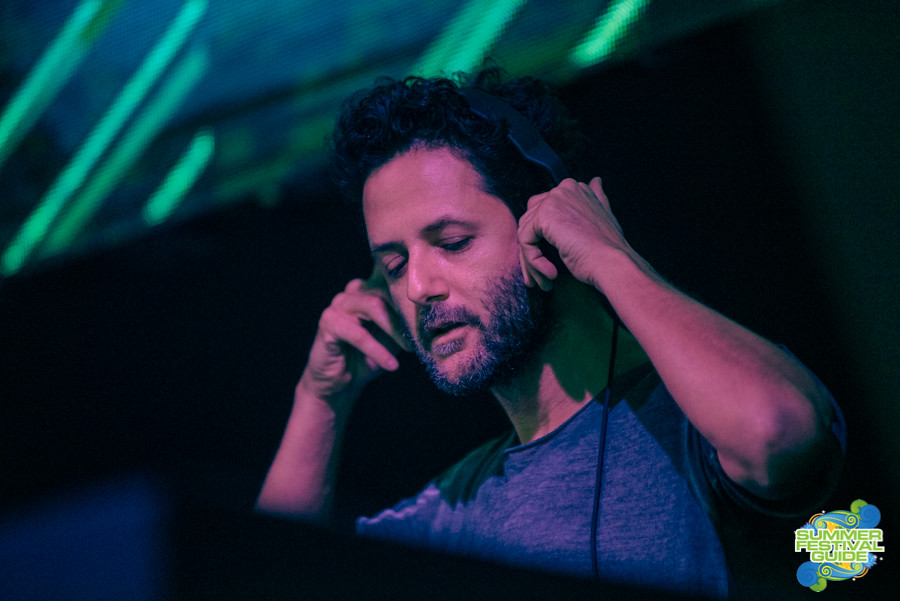 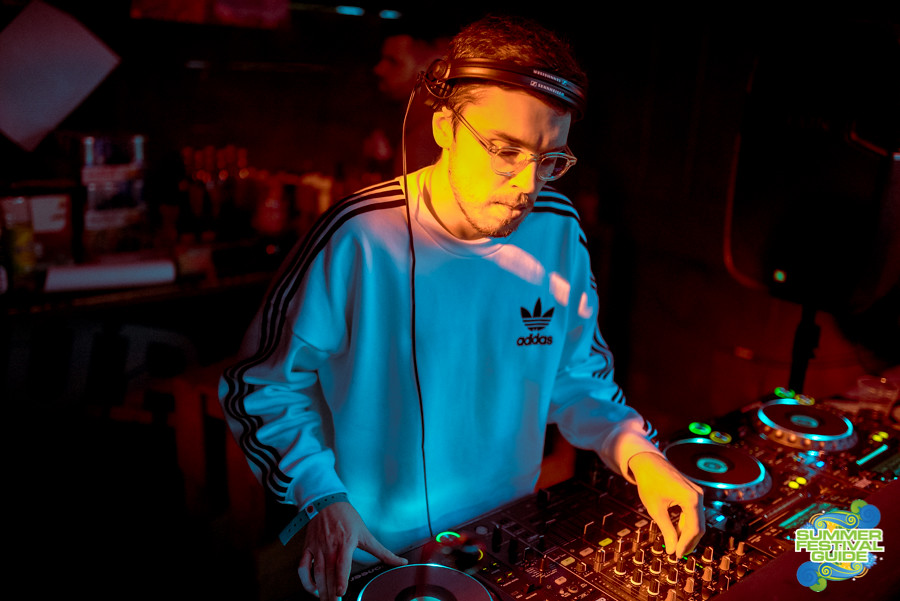 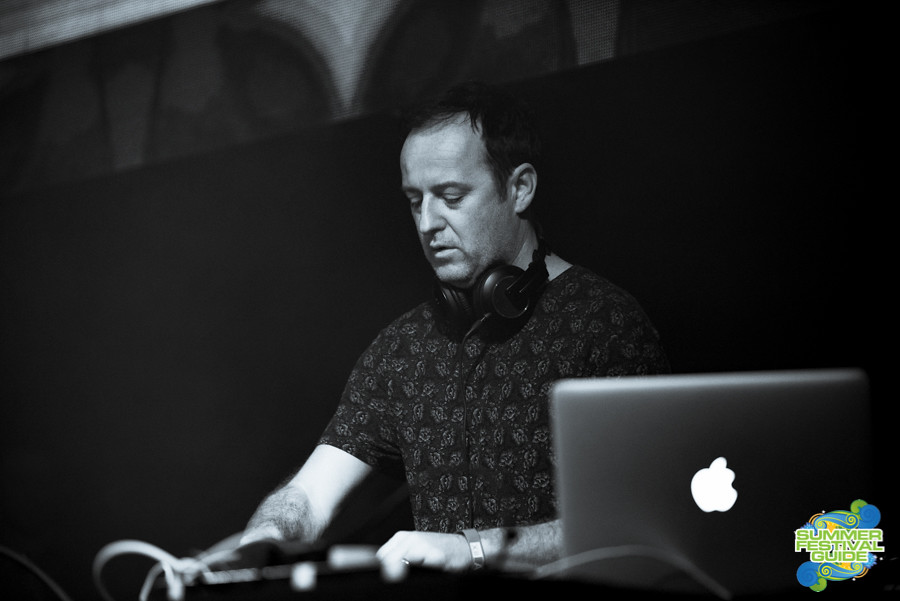 Joseph Capriati has made a name for himself as a prominent figurehead on the techno spectrum. Taking to the Car Park stage, his set –accompanied by a spectacular laser display, flame blasts and smoke screens – was one of the climatic sets of the day, a highlight including an impressive build-up of Marco Faraone’s  Boost; it was one of those moments where you look over at your mate, both raise your hands together in unison, and realise why you absolutely love coming to a festival like this – it was nothing short of being absolutely euphoric. Capriati was a lucky coincidence for us; after heading to see Art Department at the Warehouse but it being too busy for us to enter straight away, we didn’t know if this set would compare. But it brought it back and more – Capriati put on an epic showcase, and one I would highly recommend to anyone looking for some blazing, melodic and rip-roaring techno. 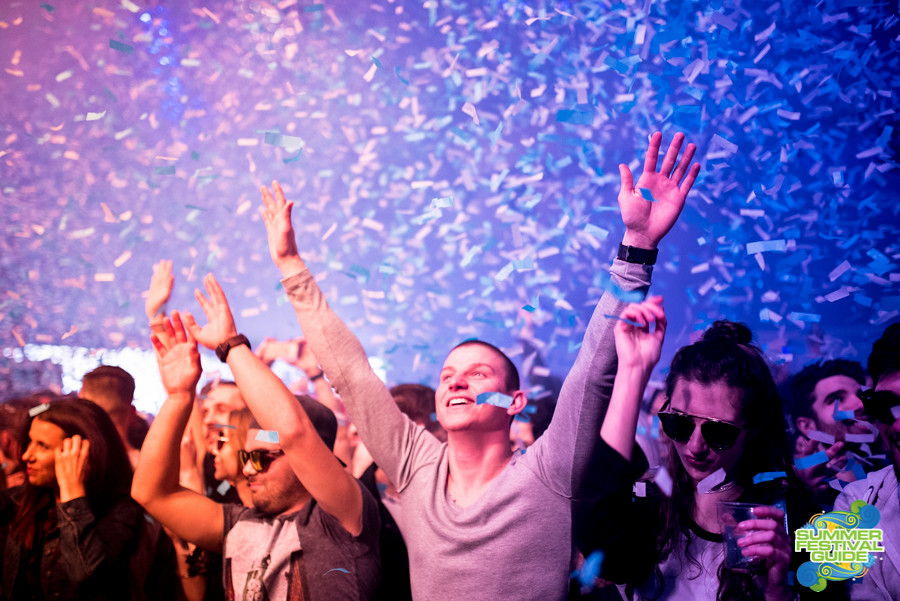 Something that was truly an exciting addition to the line-up at Chapter XII was the hybrid audiovisual production by dubfire:live, orchestrating an hour set fusion of music, science and technology in an innovative live show format. It was definitely a treat for the senses – so much to see, so much to hear, just a complete visual and melodic ecstasy. Wanting to see everything we possibly could, we had to leave the spectacle to witness the sights of Jamie Jones; a DJ that should be on everyone’s list to see at least once. His sets just connect with an audience like no other, encouraging dancing, moving, fest-pumping and everything inbetween. Slamming in songs such as Nathan Barato ft Sasha Brown – Talk On, and Whiplash – Ghetto Tears, the crowd was captivated, a wave of fist pumps pulsating through the ocean of ravers like a Mexican wave at a cup final at Wembley.

Now, as someone who has seen Loco Dice multiple times, I know now that each set is destined to be absolutely epic, and a perfect way to end our Chapter XII Journey. The Desolate co-boss was the headlining act for the Arena stage, closing down the party in the most intense and impeccable way imaginable. With an abundance of deep, dark sounds roaring through the crowd, the set diverted between tech house and pure, unadulterated techno, complemented by a powerful spectrum of green laser lights which set the crowd alight. It was epic, perfect, intense and simply fantastic – Dice is an unparalleled genius, and was an epic headliner to end an epic event. 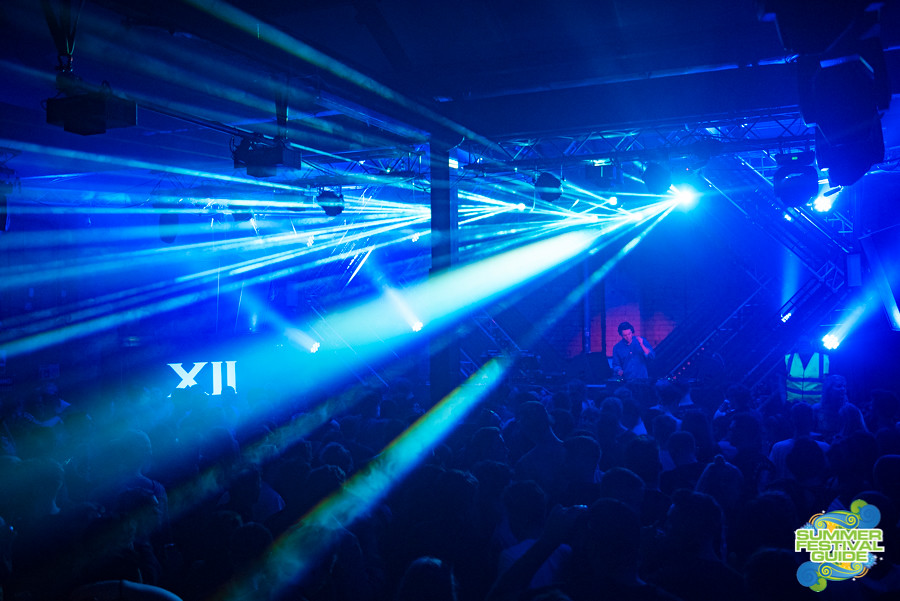 Cementing their platform as a house and techno playground, The Rainbow Venues’ Chapter XII was everything we could have expected. With an Elrow presents: Hot Creations after party for those who wanted to carry on deep into the night (with a line-up just as brilliant as the event itself) Chapter XII is truly the gift that keeps on giving. Even though the rain hammered down, the fists still pumped in the air and the atmosphere remained electric – and we certainly won’t be forgetting it anytime soon. Chapter XIII, anyone?