With the festival season drawing to a close for another year, On Blackheath is a festival for families and music, art and food enthusiasts. Running for its second year, the line up was impressive, with Elbow and Manic Street Preachers performing on Saturday and Madness and Kelis on Sunday.

The festival was based in Dartmouth Field, Blackheath and consisted of 3 music stages as well as a variety of tasty food stalls, bars, street performers and a huge children’s area, with activities and shows families could enjoy as well as the impressive line up. 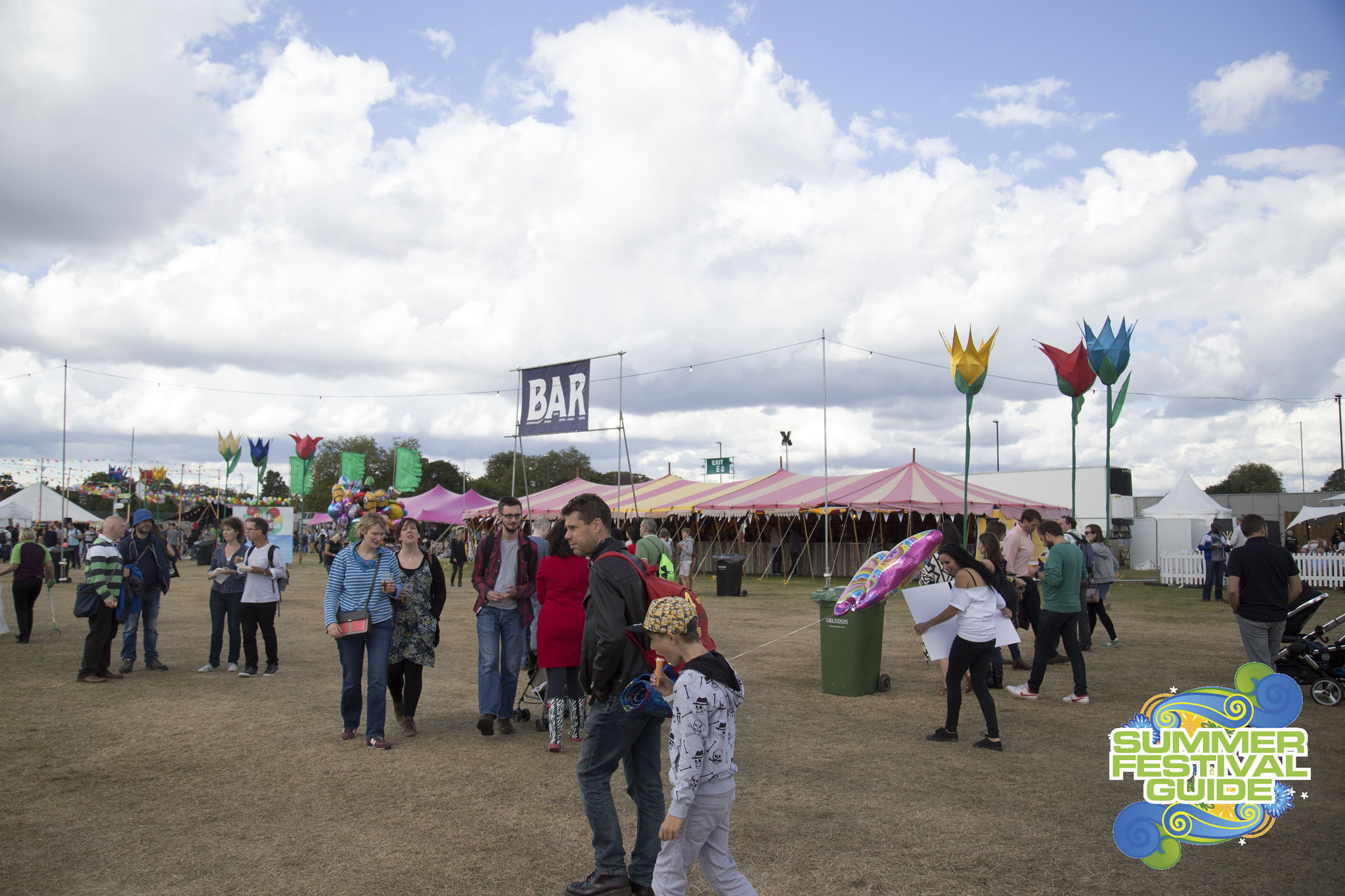 To kick things off, Saturday saw Kyle Riabko open the main stage, followed by BBC Introducing London winners, Venice Trip who won a spot on the line up this year, playing their first performance on a festival main stage.  Jack Savoretti also gave an amazing performance, with On Blackheath being one of his last UK shows for the year, he sang songs from is latest album ‘Written in Scars’ as well as known hits ‘Take Me Home’ ‘Sweet Hurt’ and ‘Home’.

The smaller stages saw a line up of up and coming artists, from a variety of genres, tailoring to everyone’s tastes; including, Hooton Tennis Club, Temples and 808 State. Summer Camp, Rivrs, Moth Trap, Greg Wilson and Tom Findlay from Groove Armada.

The Chef’s Club Banquet stage featured a number of chefs showcasing their best recipes. Chefs including Daniel Doherty, Natasha Corrett and Hemsley& Hemsley all made appearances and cooked to a small audience. 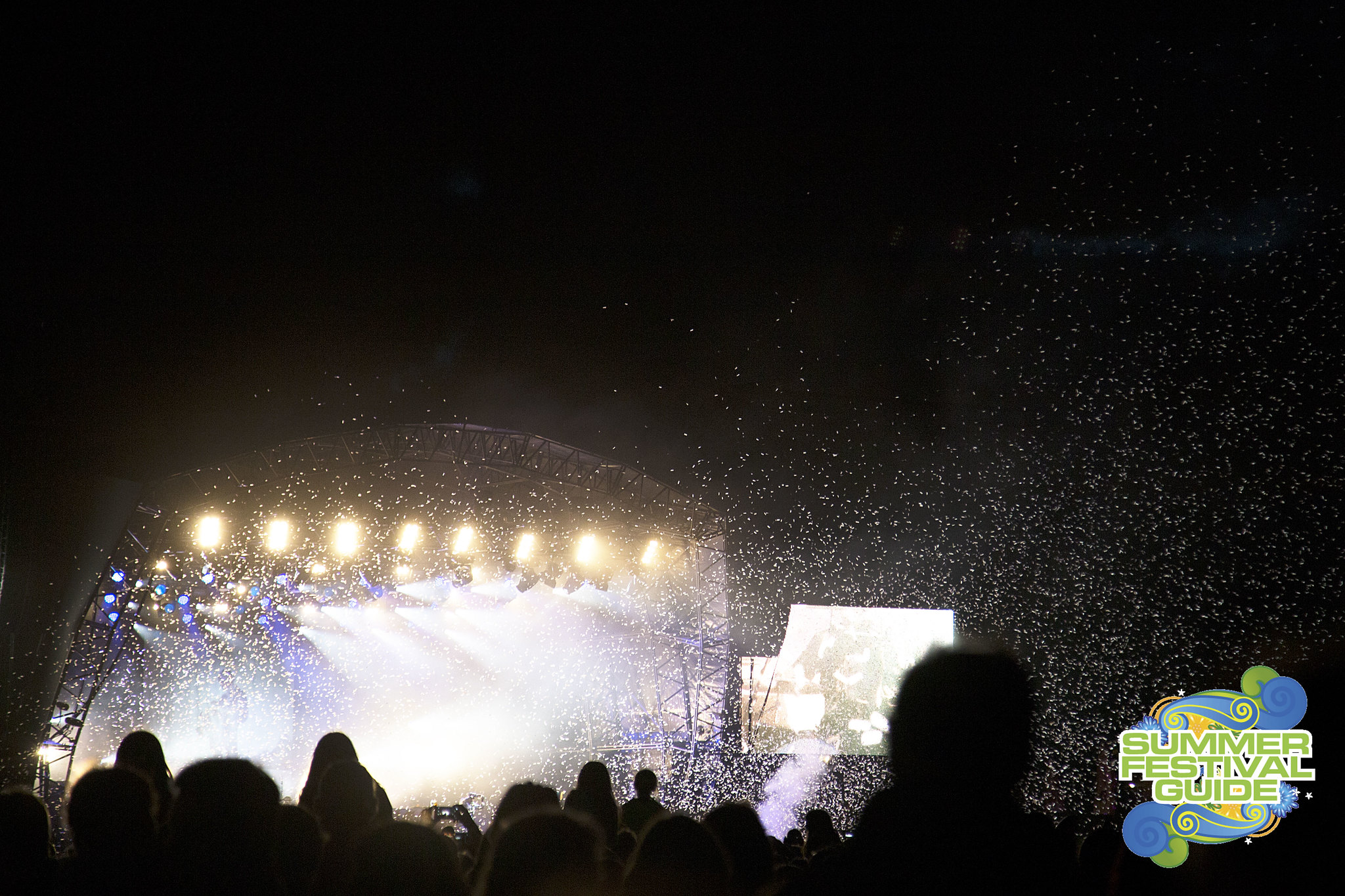 Manic Street Preachers were the first sub-headliners at this year’s festival and gave a memorable performance that had the whole festival singing to their hearts content. Opening their set with ‘Motorcycle Emptiness’, the band belted classics such as ‘Your Love Alone Is Not Enough’, ‘A Design For Life’, ‘You Stole The Sun From My Heart’ and ‘If You Tolerate This Your Children Will Be Next’. The band did a fantastic job of warming the crowd up for the night’s headliners.

The much-anticipated Elbow closed on the Saturday, announcing that this performance was going to be their last for a while. The band made their last performance count and soon got the crowd going as the sun set and the end of the first day drew to a close. They sang their hits ‘One Day Like This’, ‘Grounds For Divorce’, ‘Lost Worker Bee’ and ‘My Sad Captains’.  The band rounded off the day perfectly and set the bar high for the second day performers. 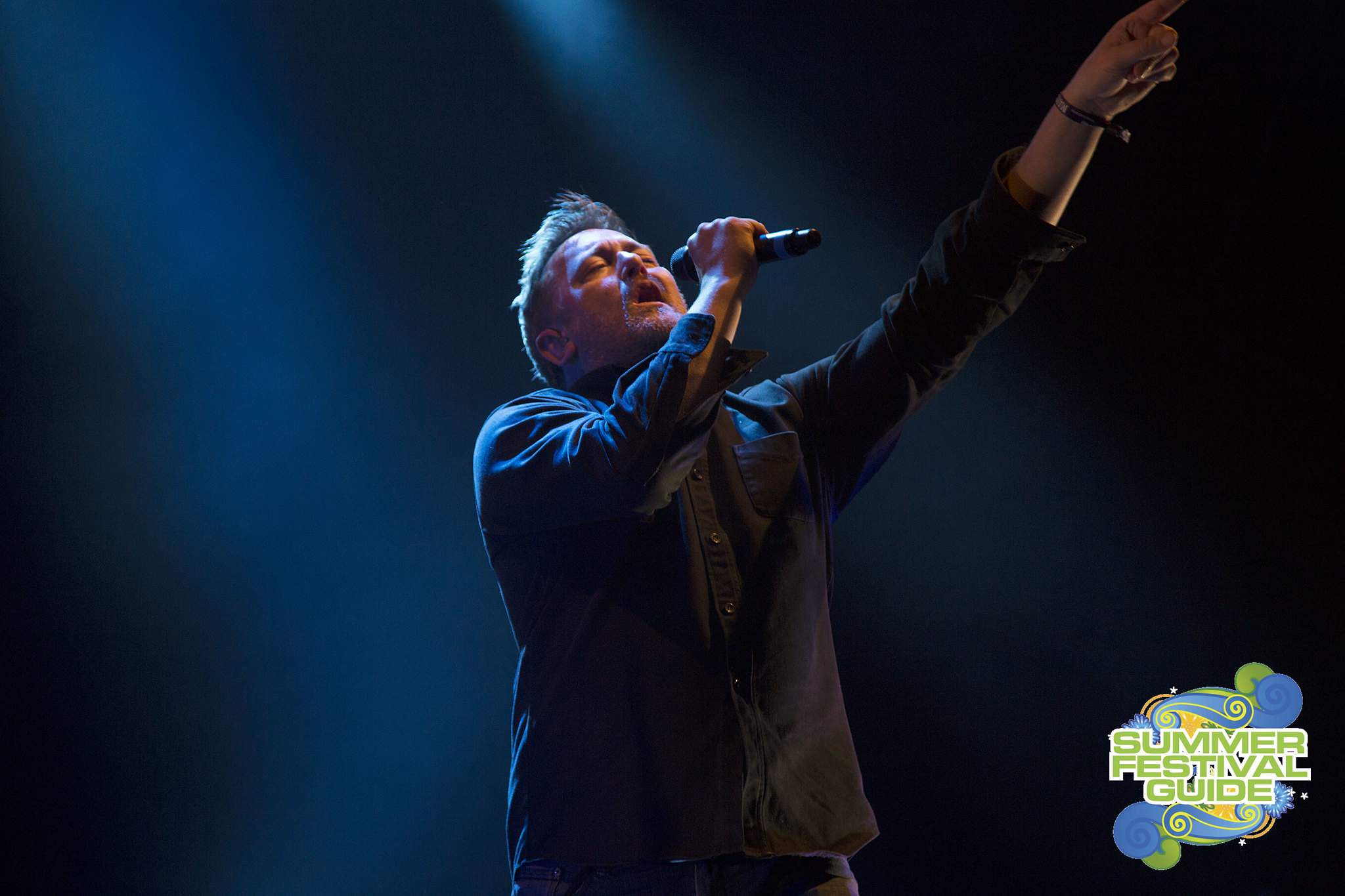 On Sunday, On Blackheath seemed quieter than the previous day, but never the less people seemed excited and ready for the day’s events.  Ska band Chainska Brassika opened the main stage, followed by the cast of Sunny Afternoon, the hit new musical about the life of The Kinks.  The musical won 4 Olivier awards this year, so expectations were high and the cast really didn’t disappoint.  They played classic hits such as ‘You Really Got Me Going’, ‘Lola’ ‘This Time Tomorrow’ and ‘Sunny Afternoon’.  The audience got an extra special treat when The Kinks front man Ray Davies took to the stage to thank the cast and to introduce the song ‘Waterloo Sunset’.  The cast gave an amazing performance and were a real tribute to The Kinks.  Laura Mvula also gave an exhilarating and soulful set, performing hits such as ‘Green Garden’, ‘Like Morning Due’ and ‘She’.

The much-anticipated Kelis sub-headlined Sunday’s line up, as well as showcasing her culinary skills on the Chef’s Club Banquet stage.  After a late start, she graced the stage and performed all her hits including ‘Milkshake’, ‘Millionaire’, ‘Acapella’ and ‘Trick Me’, with backing jazz band, which gave her songs a unique soulful, jazz edge.  The change to the structure of her songs went down well with the audience, despite the risk and complimented Kelis’ talent well. 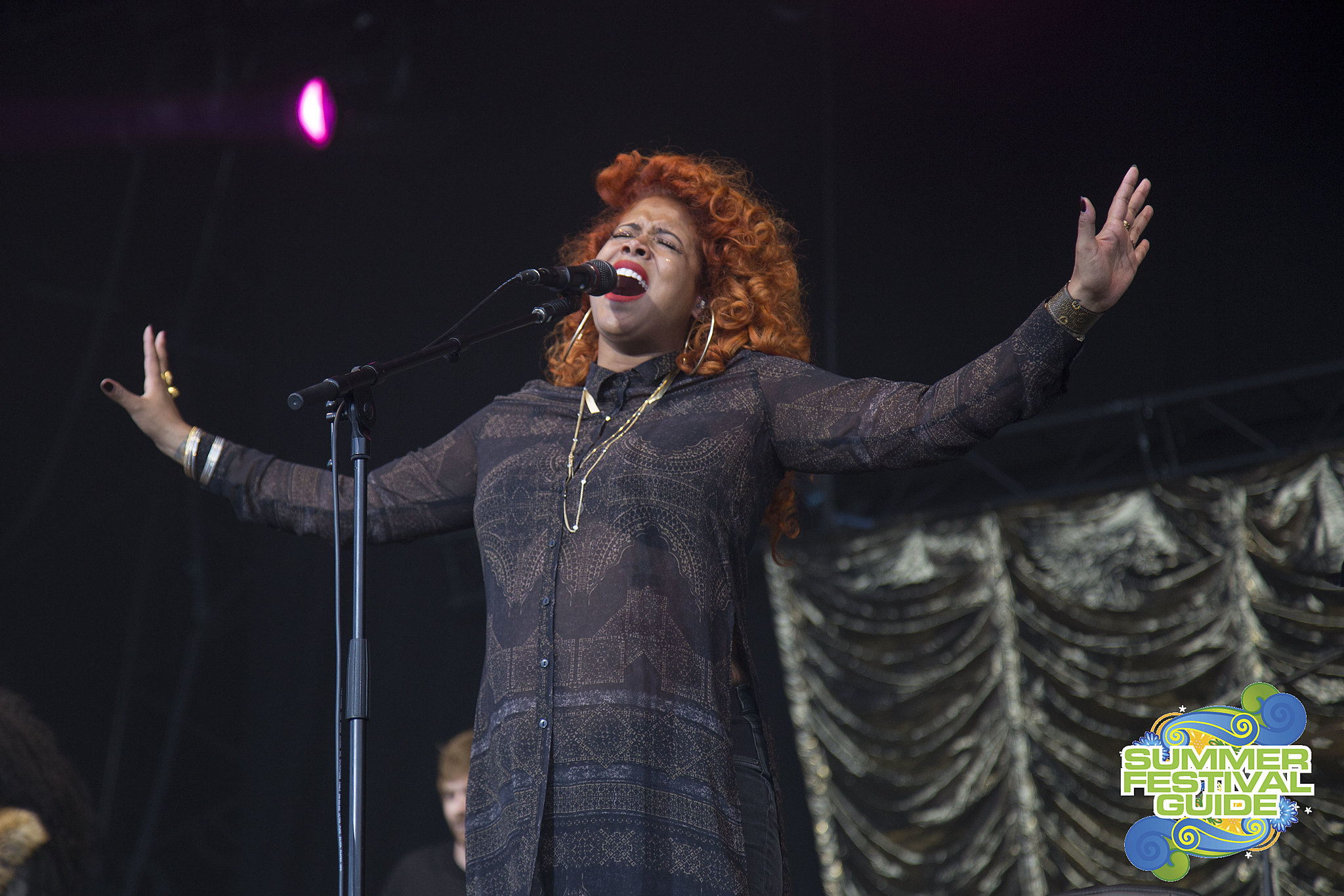 To close the day and festival Ska favorites, Madness took to the stage to give an energetic performance that the crowd had been eagerly awaiting all day.  The band performed classic hits ‘Our House’, ‘It Must Be Love’, ‘Embarrassment’, ‘Baggy Trousers’, ‘One Step Beyond’ and ‘House Of Fun’.  The crowd couldn’t help but sing along with Madness and dance the night away. 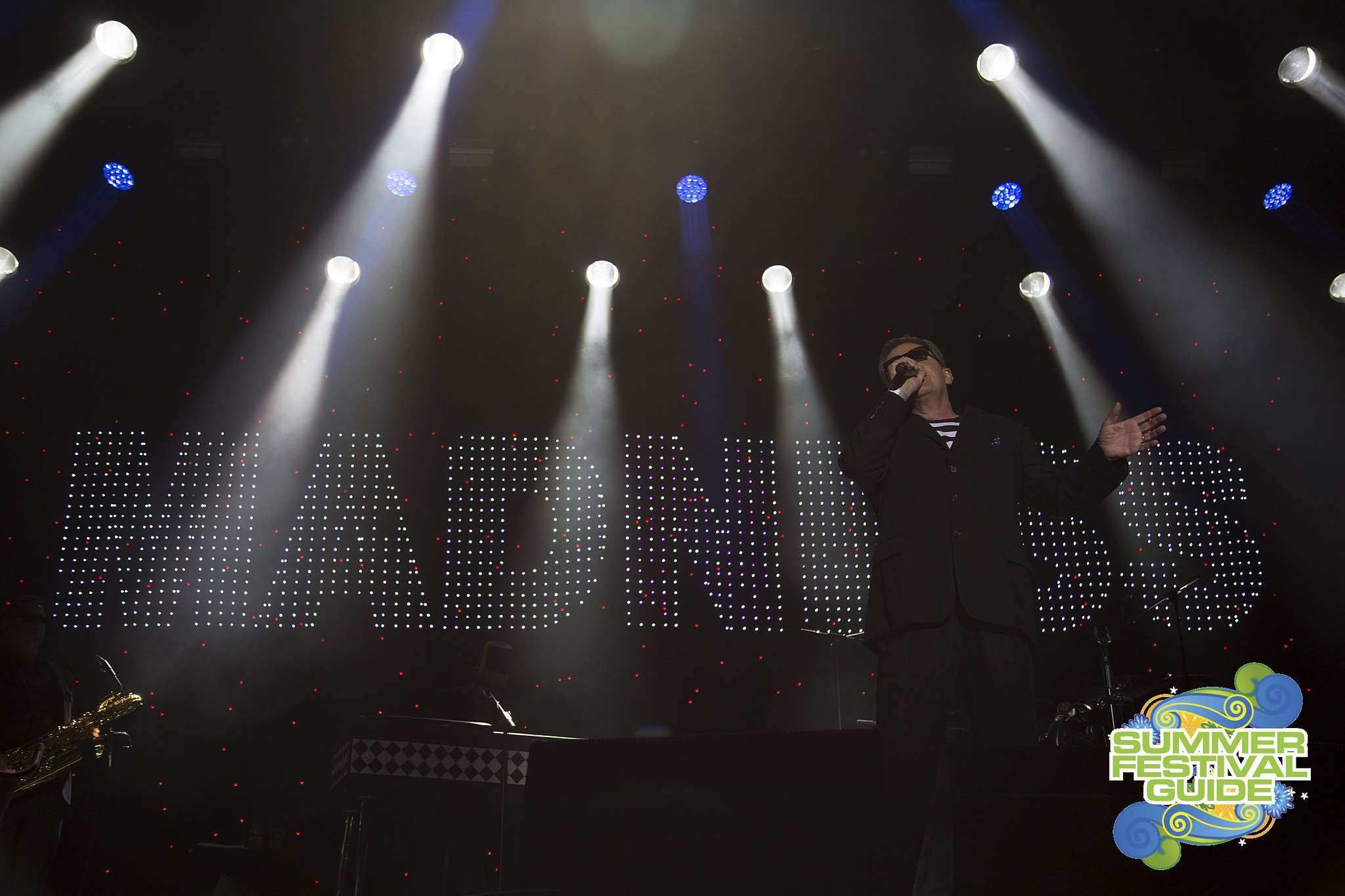 On Blackheath is the perfect family festival as it has something for everyone, with an eclectic line up, chefs showcasing their best recipes, delicious foods and plenty of entertainment for kids.  Although it’s only on its second year, the festival has managed to bag brilliant headliners to round off each day, as well as opportunities for up and coming musicians to showcase their talent.  Can’t wait for 2016!