Nearing its tenth year, Butserfest hit a new level last weekend. With acts ranging from the harmonious Lounge Kittens, to metal core Vanity Draws Blood, the biggest alcohol and drug free festival in the UK had something for everybody to enjoy.

The arrival to the festival began with a Wars and Vanity Draws Blood both drawing in the crowds as the momentum grew for the main stage to begin. With a little bit of rain from the beginning, it eventually grew brighter and brighter, bringing out the smiles and the friendly atmosphere. Being my first time at Butserfest I was constantly overhearing about previous years and how excited everyone was to be back! 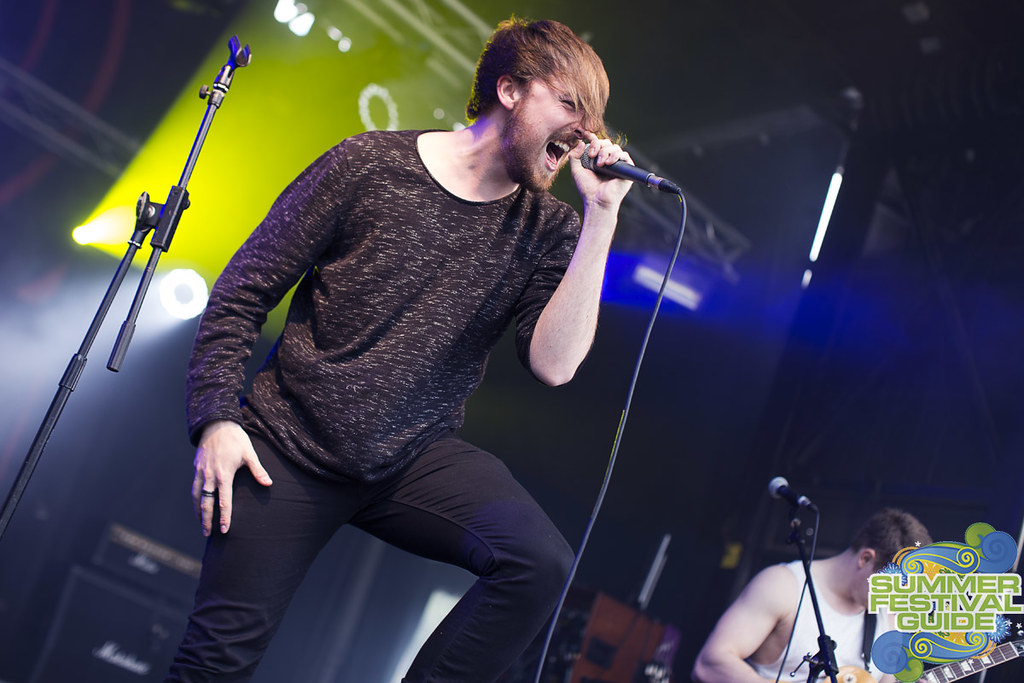 Once the acts started playing, the crowd’s energy grew stronger through every song. What I could gather from the festival was that size does not matter! With only two big stages, Main Stage and Crossroads Stage, the only other places to find music were the Introducing Stage and the Acoustic Shack located backstage for lucky festival goers.

As the day carried on the we saw sets from SHVPES who had previously played NASS and Y NOT Festival, with their crowds growing bigger for every festival. Since their show last week supporting Bring Me The Horizon in Kingston, these guys are growing at a rapid rate getting better with every performance. Other acts which have been growing increasingly popular were main stage acts The One Hundred and The Xcerts, two acts which drew in an excessively large crowd.

Being a day festival, it meant that there was no time to waste, there was alwasy an act to see. With a few acts who I bumped into in conversation, I could tell how much they were enjoying and how much they would have loved it to have been a weekend event! I for one would also have enjoyed another two days in the beautiful location of Queen Elizabeth Country Park in Petersfield.

As the sun started to set, the music got louder and the crowds got more energetic. With excellent performances from Zoax, who's style and energy definitely took the unaware crowd by surprise. There were hats thown off heads, breaking of comfort zones and continuous laughter throughout the entire set – Zoax definitely knew how to draw a crowd in.

With the sad news released a few days after Butserfest that Funeral For A Friend are finishing as a band, I was so glad I got to the chance to watch and photograph them on the day! Playing a mixture of old and new there was something for new fans and older fans.

And then it came to the end of the night when the two headliners took to the stage! WIth HECK* (previously Baby Godzilla) taking to the Crossroads stage and Don Broco on Main stage, the night was definitely worth waiting for. Announced for Wapred Tour UK later this year, Heck have been taking festivals by storm this year, and Butserfest was no exception. Photographers like myself were not even allowed in the pit due to health and safety (even though the act would spend the majority of their time in the crowd anyway) and the act did not dissapoint! They were climbing the roof of the tent, running into the crowd, diving to the floor and throwing instruments in the air. If you missed it, you definitely missed out!

Finally it came to 9pm and Don Broco were about to start. With their recent release of thier new album 'Automatic' and their phenomenal set at Reading and Leeds Festival, these guys have taken this Summer by storm, and Butserfest was no exception. The crowd were kept on their feet, their energy had exploded as they opened their headline set. They played a mixture of older music from the album 'Priorities' as well as their most popular songs from the new album. Overall my experience at Butserfest was very enjoyable! Would highly recommend it for anyone! Looking forward to next year already!