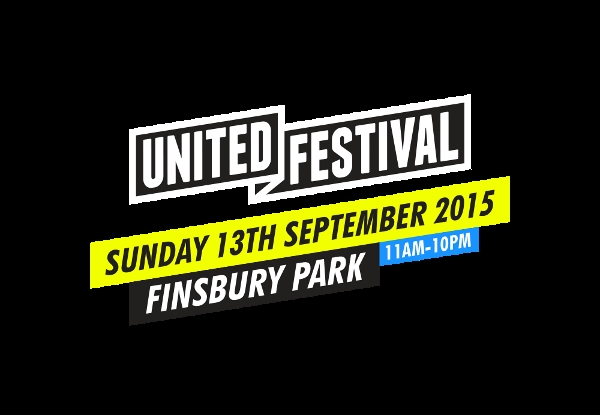 Looking for a rave in London, then look no further than United Festival, a dance music festival which brings back the legends of the British rave culture!

Taking over North London's Finsbury Park, a day after hosting Ceremony Festival, this single day festival returned in 2015 on a bigger scale with 8 arenas and over 150 artists.  Heading to the festival, there is a sense of old skool rave culture as we hit Finsbury Park station with festival goers dressed ready to dance.  Out of the wardbrobes have come the fluro coloured tops and pants, glitter makeup and sneakers, all accompanied with the lazer light protecting shades!

Bringing Drum & Bass, Old Skool, Jungle, Uk Garage, House Classics, Hard House, Trance and Hardcore, there was something for everyone.  Our first stop is the Frantic arena to check out a good friend of ours, Masif head honcho Steve Hill, who has flown all the way from Sydney, Australia.  With smoke pouring out of the tent, it was obvious that the Frantic arena was full of energy as 100's filled the tent to bounce to Steve's notorious hard trance sound.  Hosting the likes of Andy Farley, Lisa Pin Up and more, the hard house / trance lovers had plenty to keep them going all day.

The main stage is the place to be for Drum and Bass lovers.  Sunday brought together the best of old skool with Fabio & Grooverider, Baby D, Ratpack, DJ Hype & DJ Marky keeping the tent packed the entire day.  Complete with a massive l.e.d screen and lasers, the tent illuminated up as the sun fell down over Finsbury Park.

One of the other highlights of our day was the TwiceasNice arena where DJ Luck & MC Neat, Ironik, Pied Piper and more of UK Garages finest lined up.  It was great to see these legends take to the stage all in one place. Luck & Neat's performance of one of the biggest known garage tunes With a Little Bit Luck had the crowd going crazy!

Elsewhere at United Festival 10,000 people had arenas like Promised Land which hosted old skool house with Brandon Block, Arkoss, Philgood & Ram and more, Mental Asylum Records where you could put your hands in the air to Trance, One Nation and Moondance which shared mixture of rave, drum and bass and more ensured that all your musical tastes were satisfied.