Leeds Festival kicked off on Thursday night with the introduction of comedy acts to a growing line up. These guys were around last year as well so it was nothing new for the Leeds fest veterans to warm up the weekend with some giggles. I felt there was something a little lack luster about squeezing into a tent to watch comedy at a music festival so opted for some camp fire drinks instead.  Once feeling merry there was no option but to hit the relentless stage, firmly squeezed between the trees of red and orange camp. Dj’s were set to headline there all weekend and Thursday was no exception with electronic music duo Bondax gracing us with a glorious welcome set.

With dreary eyes and achey legs it was up and adam for Friday, when the festival really begins. It was a much needed lie in on Friday morning before heading out in the – fairly sunny – weather to the BBC 1Xtra stage. Lady Leshurr made famous by her straight to point musical stylings almost filled out the tent and had everyone in good spirits when she handed out toothbrushes during her famous ‘Queens Speech Episode 4’. Then it was off for some food before Jamie T’s main stage set.

The food at Leeds fest this year left a lot to be desired, you were much better off money wise and sometimes quality wise if you bought a disposable BBQ and kicked it back at your campsite. Although I must commend noodle king for providing 10 spring rolls for £3, that was the stuff dreams are made of.

So back to the music and it was the turn of Jamie T, an act I had been eagerly anticipating before arriving at Leeds fest, and I must say I was a little on the disappointed side. It wasn’t Jamie himself, he went for it singing classics like Sheila, and If you got the money, but I couldn’t help thinking his set would have worked better on a smaller stage. The sound wasn’t amazing and you couldn’t see him unless you were more or less on the stage with him, his name deserves the main stage but his set needed something more intimate.

After that it was the turn of Kendrick Lamar, who brought in a huge crowd and got everyone at the front going mosh pit crazy. Kendrick sung his big hits ‘I love bad Bitches’ and ‘King Kunta’ and pressed on about how so many of his fans had been there from the start and he was so pleased to see them in the crowd. I’m not entirely sure how many of his true fans he could really see in the crowd but he killed it nevertheless and I’m sure nobody left feeling disappointed.

Then onto the Friday night headliner – The Libertines. The Libertines are now onto their second reform as a band and was it for the best, I’m still on the fence about that one. Pete Doherty has been through the wars and it showed on his face and in his voice, I didn’t feel like they had the power for the main stage and clearly neither did the audience as the area was nowhere near as full as it should have been for a headline act. 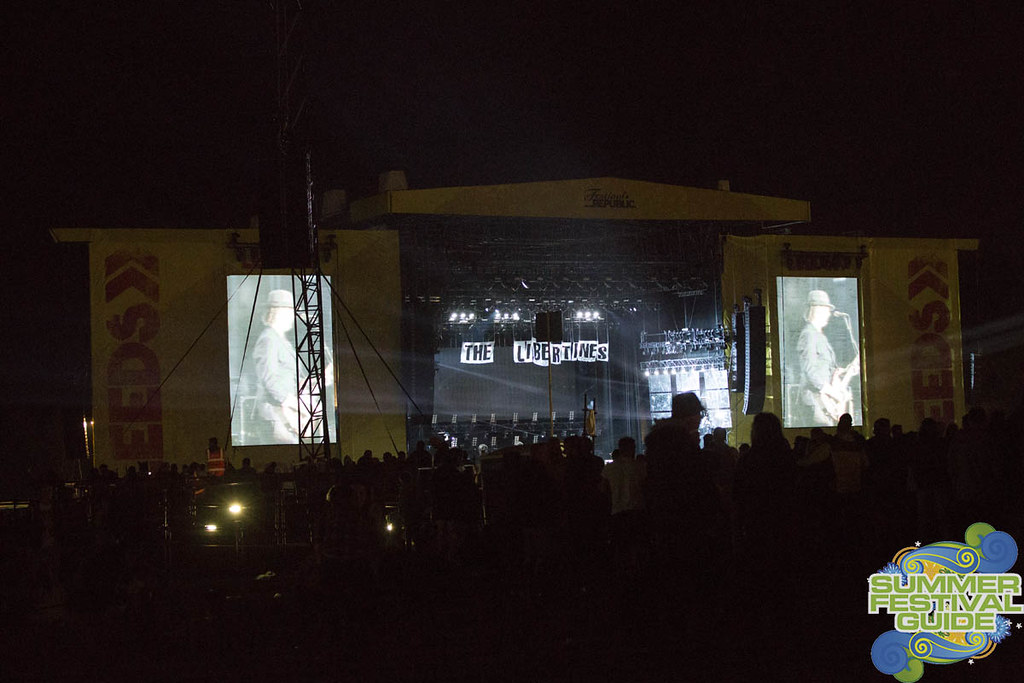 With the Libertines lack luster performance dampening my mood a little it was time to up the anti and head back to the 1Xtra stage for Boy Better Know. The main trio made up of Skepta, Jme and Wiley filled out the tent and sent the crowd into a wild frenzy that perfectly finished off Friday night.

Onto Saturday and it was the main stage hosting all the action. A wonderful set by Leeds veterans Panic at the Disco who broke out into an impromptu version of Bohemian Rhapsody to get the whole crowd on their feet. They were followed up by Baltimore pop punk band All Time Low, who dragged members of the crowd onto stage to go crazy with them and joked about the wonders of tent sex. All Time Low brought a brilliant vibe to the main stage with hits like ‘Weightless’ and ‘Dear Maria’. 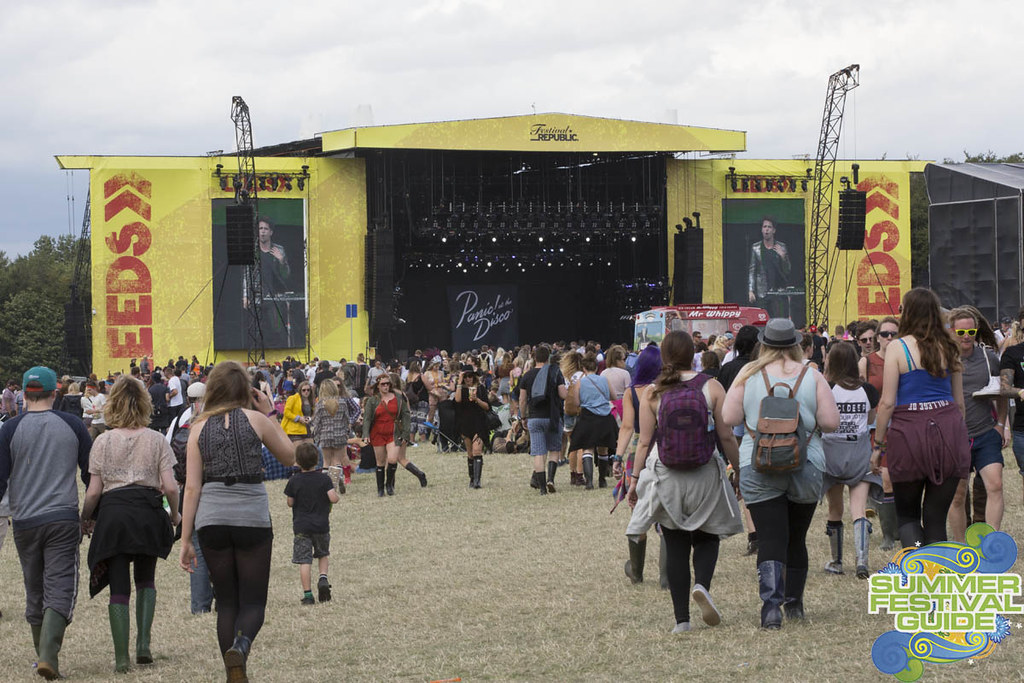 Then it was Bastille's turn, and they rocked up with one of the biggest crowds of the festival, everyone eager to sing along to their easy to please hits. A nice cheery set from them that could be enjoyed while sitting on the grass mellowing down with some food. Many Leeds goers seemed to be a celebrating GCSE age and that was clear from the audience range at Bastille especially when they played hits from their first album including ‘Bad Blood’ and ‘Pompeii’. It was then on to Leeds formed electronic band Alt J who reminisced about their time at Leeds Uni and the pleasure of being back home again. Their set was filed with jazzy lights and the screens showed edgy video editing of their faces as they played hits like ‘Fitzpleasure’ and ‘Breezeblocks’.

Saturdays headline act was the mighty Mumford and Sons, who played a mix of songs from their first and second albums which the crowd definitely appreciated. It’s often tough to watch a headliner who you don’t know so well when they just sing new music nobody has heard yet. They went in with the crowd pleasing claiming we were better than Reading Festival and northerner’s were prettier, it seemed to work as they drew in one of the biggest crowds of the weekend with plenty of couples drunkenly swaying in each other’s arms to tunes such as ‘I will wait for you’ and ‘Little lion man’.

I cut the Mumford and Sons set short as we dived over to watch Knife Party close the day in the NME Stage. The set was interrupted by a girl who climbed up one of the metal poles holding the tent up, and Knife Party claiming they would halt all the music until she climbed down. But that didn’t dampen the spirits of the partygoers who chanted at her to climb down and carried on going when she did.

Onto the final day and the Foals managed to sneak in a secret set in the NME stage, I sadly wasn’t even out of my tent at the time of their performance but I imagine it was as magical as they always are. The first act of the day for me was a bit later on with Tempa T in the 1 Xtra stage, it was a good start to the day and plenty of other people seemed to enjoy it as well. Then it was back across to the NME stage for Manchester based band Everything Everything who did not disappoint with a set that made you want to skip around and sing into the night. They played hits like ‘Regret’ and ‘Distant past’ and didn’t even flinch when lead singer Jonathan Higgs ‘effed up the words’. 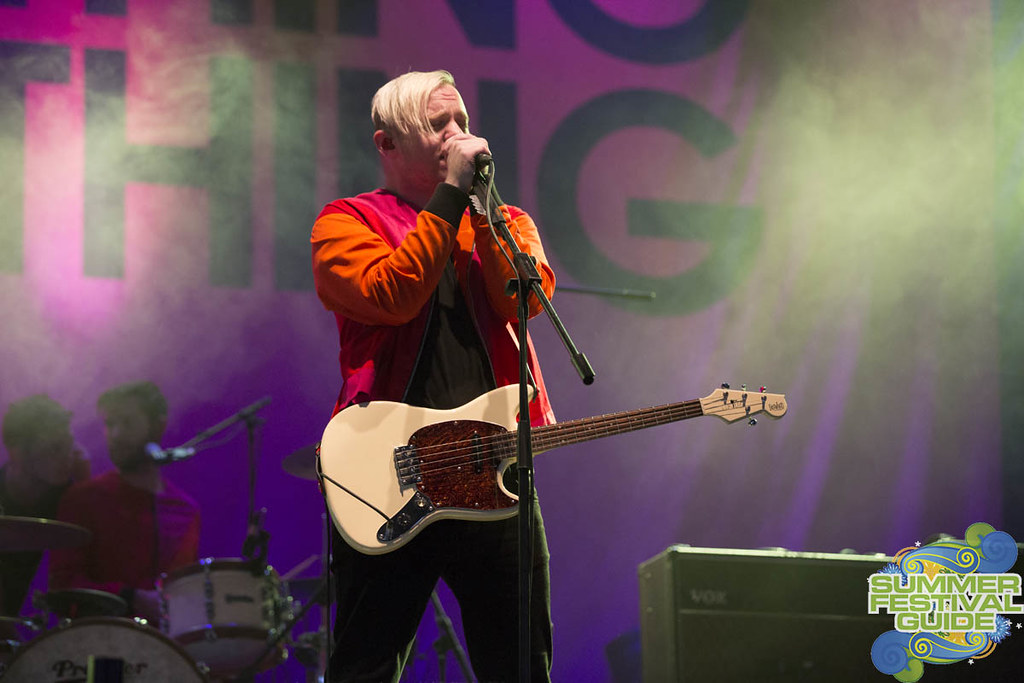 It was then back to the 1 Xtra tent for Miss Dynamite – who doesn’t look a day over 22 by the way – her set was not up there with the greats as she was continually talking and chanting throughout and barely sung anything but there were come catchy covers in there and she brought some random kids on stage which is always fun.

Next up it was back to the NME stage again for my festival highlight  –Twin Atlantic. They are a lovely bunch of Scottish guys who out performed anyone else that weekend for me. With big strings of confetti and multi-coloured beach balls they sung out the crowd with ‘Heart and Soul’ and claimed they were so glad they got to sing out the festival and were thankful to everyone who had stuck by them in their 5 year Leeds fest battle to get a bigger stage. Twin Atlantic I love you, and I’m sorry that was my first time watching you, I swear it won’t be my last.

Finally The Wombats ended the evening with a superb crowd pleasing set of their biggest hits, they filled out the rather mini festival republic stage and were truly a wonderful way to end. 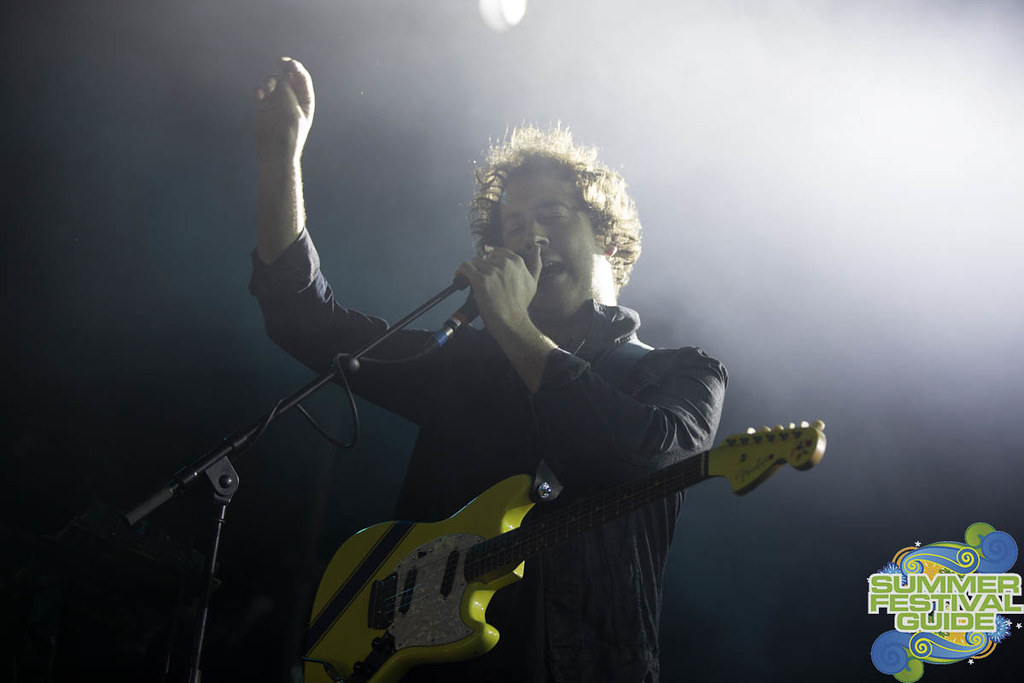 As for the evenings after the music was over when the festival revellers were let loose on the campsite there was only one place to get your night properly started – Cocktail Cocktail. The now infamous cocktail bar had its first appearance at Leeds fest this year and did not let us down with DJ Jamie Hartley taking the decks each night pumping out classics till 3am. The relentless trees were great as well and we can’t forget Piccadilly party taking everyone in till the light hours of the morning.