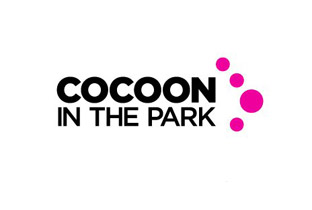 Hidden in the depths of a 500 year old mansion, Cocoon in the Park is a complete techno playground which draws in thousands of house-hungry revellers year after year. With an intense lineup dripping with talent, the festival is a small yet uniquely incredible, never failing to entice a crowd. 6 DJs, one stage, and a whole lot of music fans – this is the beauty of Cocoon in the Park. And we could barely wait for it to begin.

The faint sound of heavy house beats could be heard from miles away as we walked with a parade of techno-ready souls in procession to the event. Upon arrival, Enzo Siragusa and Seb Zito were nicely warming up the crowd, with powerhouse Dixon following shortly after. All three were lively, exciting and intense, and the atmosphere of the crowd was well and truly ready for the day ahead.

‘Carl Cox’, a name recognised by music fanatics, and simply any DJ with high aspirations. Cox’s hardcore and rave roots provided the basis for his own musical evolution, never losing his unique style and etiquette that has made him a living legend today, and why so many still swarm to see him at every possibility. He has undoubtedly honed his natural talent over his years in the industry – and that is building pure, dance-inducing parties. The drizzling rain began to fall on King Cox’s set; but that didn’t stop anyone. Rain macs at the ready, we partied on, following his every move, every beat, with every reveller so lost in the music that the consideration of a bit of rain was almost refreshing. Cox is renowned for filling the place up with his residency at Space in Ibiza, so to see him in full-force in an outdoor venue such as this is something I’d never witnessed before, and something that made a superb change. With an array of scantily clad women holding up the letters to spell out ‘Cocoon’, we were well and truly in the full swing of the festival.

It’s always been known that Ricardo Villalobos is somewhat of an acquired taste, but his time at Cocoon has seen what can only be described as a mass backlash from fans claiming it was a ‘car crash’ of a set. The comparison between the lively, fun and exhilarating set just witnessed by King Cox is definitely almost the polar opposite of what we saw with Villalobos – it was dark, minimalist, at times quite weird, and seem to feel quite slow. It would almost definitely been better had he been scheduled earlier in the day, but the vibe from major highs to deep, dark lows just didn’t connect with the crowd, and we welcomed the entrance of Sven Väth with open arms.

Until Cocoon, I’d never had the opportunity to experience a Sven Väth set live; I’d heard nothing but good things about the German legend from friends who’ve seen him previously, but this was truly something else. Many refer to him as ‘Papa Sven’, a man who guides his children into a euphoric trance with just two decks and a mixer at his forefront. The crowd were literally pulsating as soon as he entered the stage, a man in front of me fist-pumping his beer in the air with an almighty roar of excitement; Papa Sven had certainly arrived, and his children were ready for a night of blazing techno to begin.

The almighty Sven layed down nothing but pure, solid techno beats to a perfectly filled field, with revellers making the most of having so much space to fist pump, twirl and do whatever the hell you like at such an event. The expert veteran continued to blend between intense melodies to the clearly impressed crowd, with confetti guns and a Sven impersonator blasting us with a smoke gun on stage only adding to the euphoria. This guy is literally an enigma, knowing precisely what to play at every turn, much to the ostensible ecstasy of the crowd. Villalobos’ minimalism long forgotten, we see what we came to see; a world class DJ play a world class set. Unforgettable.

As the night drew to an end, many chose to go on and see the likes of Richie Hawtin play at the afterparty nearby – with a line-up just as fantastic as the main event, Cocoon in the Park never fails for those who never want the euphoria to end. But for us, for once, we found we’d been defeated – but with a festival as phenomenal as this, we know it won’t be the last time we grace the land of Temple Newsam. Bravo, Cocoon.