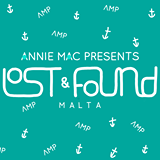 Annie Mac has become nothing short of an inspirational, ground-breaking tour de force over the past few years. When we heard that she would be taking the AMP team out to the Mediterranean island of Malta over the Easter weekend to launch their very own Lost And Found Festival, we knew we had to be there.  With a line-up that reads like a who’s-who of the music scene right now, the promise of sun, boat parties and beats, no wonder it enticed an abundance of clubbers and DJs alike.

You can get to Malta from most of the major UK airports, in comparison to other European dance festivals getting to Lost and Found festival was relatively easy.

We stayed in one of the main hotels recommended from the festival website, just a stones throw from the daytime party location Café Del Mar at St Paul’s Bay. Being held so early in the season it was apparent that this sleepy island wasn't ready for what was about to hit it – 7,000 British partygoers were joining us, imminently.

Café Del Mar seemed to be the windiest bit of the island, even in the sunshine. None the less that did not stop the ravers who were ready to party at all costs.  Friday kicked off with a pretty wild pool party hosted by Toddla T. North Base, DRS, Jamz Supernova and Mele joined Toddla on the decks. Between them they pounded out sounds of house, DnB, grime and bass. Toddla took things up a notch, giving the crowd a pure injection of energy-induced dirty beats. Cisk time (local Maltese beer) was flowing nicely as the hazy sun set in the early evening. If this pool party was anything to go by, then the rest of the weekend was bound to be pretty spectacular. 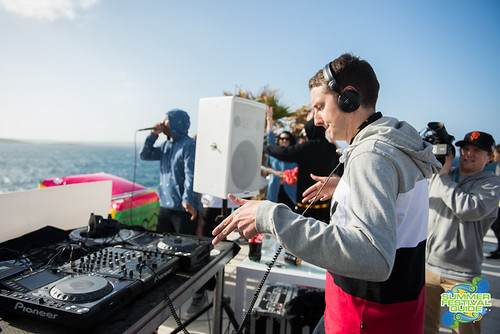 We caught the festival shuttle service, which took around 20 minutes to get from St Pauls to Ta’ Qali. We arrived at the main festival site around 10pm, which was far too early, at least it gave us the chance to get our bearings and mooch around the festival site. Numero Uno is a small site which resembled Ibiza’s zoo project, a warren of stages, VIP viewing platforms and bars. Palm trees, pink flamingos and neon lights created quite a magical atmosphere.  The chill out area provided the masses a space to recharge their batteries and get some nourishment.

As night fell, it turned quite cold and us unprepared Brits got caught out in vest and shorts. Fortunately the hoodies at the merchandise tent provided us with some much needed warmth. The evenings were a more serious affair with a calibre of DJs to match. Neon cocktail glasses flanked the Tropicana stage, which saw a line up of Oneman, Julio Bashmore, and Totally Enormous Extinct Dinosaurs. Rising geordie star Patrick Topping opened proceedings on the Palace stage, followed by Hot Since 82, the Martinez Brothers and finally closing with Hot Creations Heavy weight Jamie Jones. 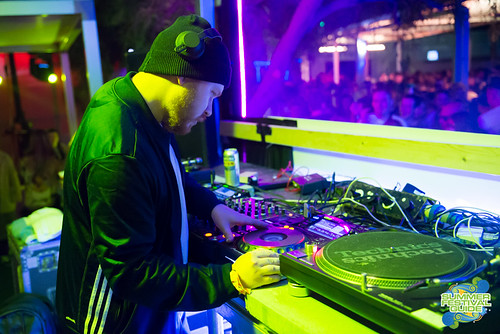 As we caught the shuttle bus back to our accommodation we chatted to a few of the partygoers. It seemed most peoples highlight from the evening was a storming set UKG legend DJ EZ. EZ opened with Sticky & Ms Dynamite’s infamous Booo!, with a surprise that not only got the crowd wild, but also made Annie herself go nuts. Most commented on how well the event was organised, which one would expect from the team that run WHP.

Early Saturday morning we headed down to the Annie Mac All Stars boat party, all aboard for the rave on the waves. Most of the crowd were surprised to see their favourite artists in such a close proximity, and Annie was hounded for non-stop selfies. Redlight was the surprise guest, who went B2B with Annie, Monki, Melé and Toddla T, they blasted us with track after track on the three-hour boat ride.

It was great to see the Maltese bar staff letting their hair down and joining in with the merriment. Toby Tea (the white tiger mascot) who appeared all over the festival over the weekend, getting fist pumped into the air by the crowd.  The boat party even witnessed an engagement, as reveler Ian got down on one knee in front of everyone and proposed to his girlfriend Victoria. Of course she said yes… #theloveboat 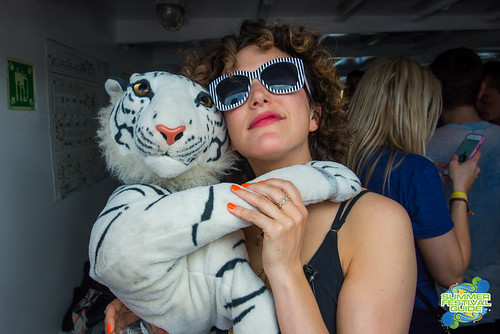 Better prepared and wrapped in several layers, we were ready for whatever Saturday night had to throw at us. Torn between the four stages we caught sets from Barely Legal, My Nu Leng, Doorly, Ten Walls, Skream, Artwork, Jackmaster, Duke Dumont, Cajmere, with MK nicely closing the palace stage with an immense set. Redlight was one the standout set for us, already a fan of his music, he dropped house classics as well as his own 9TS, Lost in your love and new track Gold Teeth.

The crowds didn’t start filtering in until much later in the day, which meant that Monki, Shadow Child, B-traits didn’t get the crowds they deserved.

Taking the main stage just before sunset was base-heavy house DJ Hannah Wants. Her set at Lost and Found was unsurprisingly a hit; mixing classic ‘90s garage tunes with her own contemporary bass and house beats. The crowd went berserk when she dropped Faithless’ Insomnia. Her hit Rhymes went down just as well with raised hands to the sky for the track's bass heavy drop. 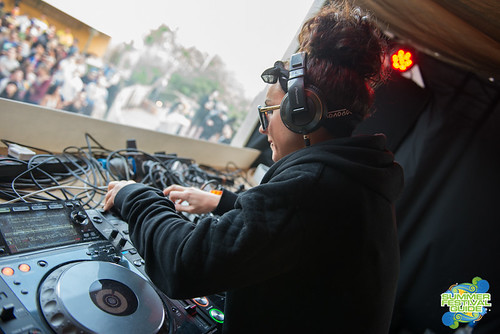 Over the course of the night we saw sets from Catz n’Dogs, Paul Woolford, Kerri Chandler, Flat White, Tiga, Green Velvet and Haitian-Canadian electronic musician, producer and DJ Kaytranada. Leading on to the penultimate act of the day Heidi that set the crowds ready for the headline act.

Annie entered the booth and greeted chanting crowds with a croaky voice. The weekend had clearly taken its toll. She didn’t care; the Annie Mac party faithful was here to dance. She opened with a belter Après Chicago, followed by a plethora of electronic bassy bangers. Her set contained highlights from Waze & Odyssey, Grum, Ten Walls, Adam F (Eats Everything Remix) and stand out track of the weekend for myself and others was Melé’s superb drum-ladden Ambience.

Annie hyped her audience into a frenzy as she jumped on the speakers draped in an Irish flag to Dumont’s The Giver, the crowd chanting “Annie, Annie, Annie F**cking Mac” their hands illuminated and a sea of phones recording the moment. Confetti cannons exploded for the grand finale and she played out to Whitney Houston’s I Wanna Dance with Somebody, the crowd lapping up every minute of the loved-up vibes. Annie put on an immense performance with dance-floor hit after hit, showing us exactly why she is the UK’s premiere live, and radio DJ. 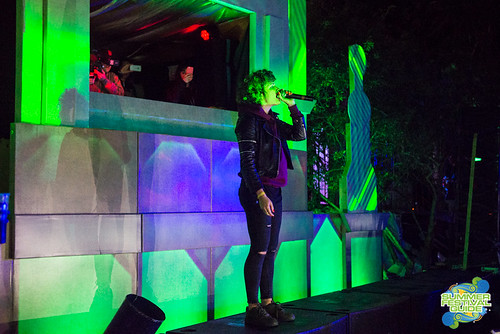 We’ve been to quite a few festivals, but this definitely felt like a game changer. We felt incredibly lucky to be part of something so special, and to be welcomed with open arms by the Maltese. Lost and found far outweighed my expectations. It was beguiling, bewitching, brilliant and proved an unforgettable experience. Not a bad way to spend an Easter, is it!