It’s now two o’clock on Monday morning. My feet are numb, my ears are ringing and my tent is full of water and STILL this has been the best weekend I’ve had BY FAR since I sat in almost exactly the same spot this time last year.

Beacons festival is now in it’s third year and long may it continue. Aswell as being tucked away between some of the most perfect countryside I have seen and boasting lineups which have consistently excited me like a child on Christmas morning, the festival has another certain magic about it that is difficult to put into words until you experience it for yourself. It boasts an eclectic mixture of hipsters, underground music fans, families and artsy types, bringing in people from all walks of life and yet keeping focus on enjoying beautiful music and art. The Yorkshire Dales allow a wonderful setting to nurse a hangover and an excellent excuse to chomp on a succulent locally sourced hog roast. 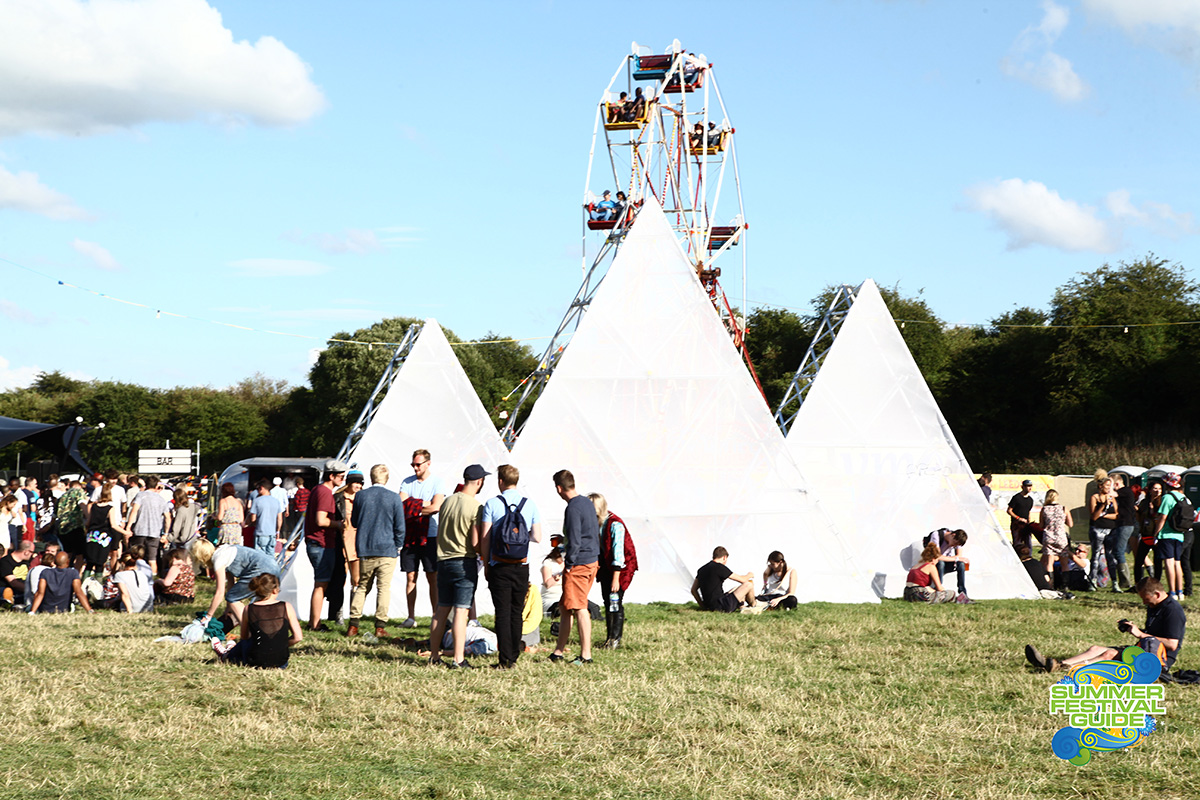 Thursday was all about getting reaquainted with Beacons festival. Our first stop was for food, which took us on three laps of the arena before finally deciding on a fantastic little street food stall called Fish& for some delicious sweet chilli battered fish and chips. After this, we wandered into the ‘Impossible Lecture’ tent and caught the end of the previous performance. We were greeted by a naked, purple-haired lady, crowd surfing her way out of the tent. Welcome back!

Our Friday began to the washing ambient sounds of backwards facing ‘British Sea Power’ inside the main stage, which was hosted by ‘Loud & Quiet’ and ‘Last.fm’. This was certainly not a case for starting as we mean to go on though, as the next artist we saw was the person I was most looking forward to from the whole weekend. The much anticipated Dan Snaith (aka- Daphni) entered the Resident Advisor stage at 6.00pm to an eager crowd. Luckily for us, the tent was designed with blacked out windows, making it feel almost like the middle of the night. The green strobe lighting was mesmerizing and the atmosphere was certainly not negatively affected by Daphni’s early set time. A wave of excitement passed through the crowd as Snaith dropped his latest Caribou release, ‘Can't do without you’ from under the guise of his alter-ego. It was a noticeable turning point for the resident advisor tent, which went on to host blistering sets from first Daniel Avery, straight off the back of Drone Logic and finally the techno/house inspired Roman Flugel. Friday’s headliners over on the main stage were Daughter, who seemed a little uninspiring after the electric atmosphere within the Resident advisor tent. Although they sounded beautiful, with their haunting minimalist sound and the raw emotion portrayed through Elena Tonra’s vocals, it was a slight downer on the fun I had experienced in the Resident Advisor tent earlier. I am sure on another day, perhaps at a different festival, Daughter would have blown me away with exactly the same set. 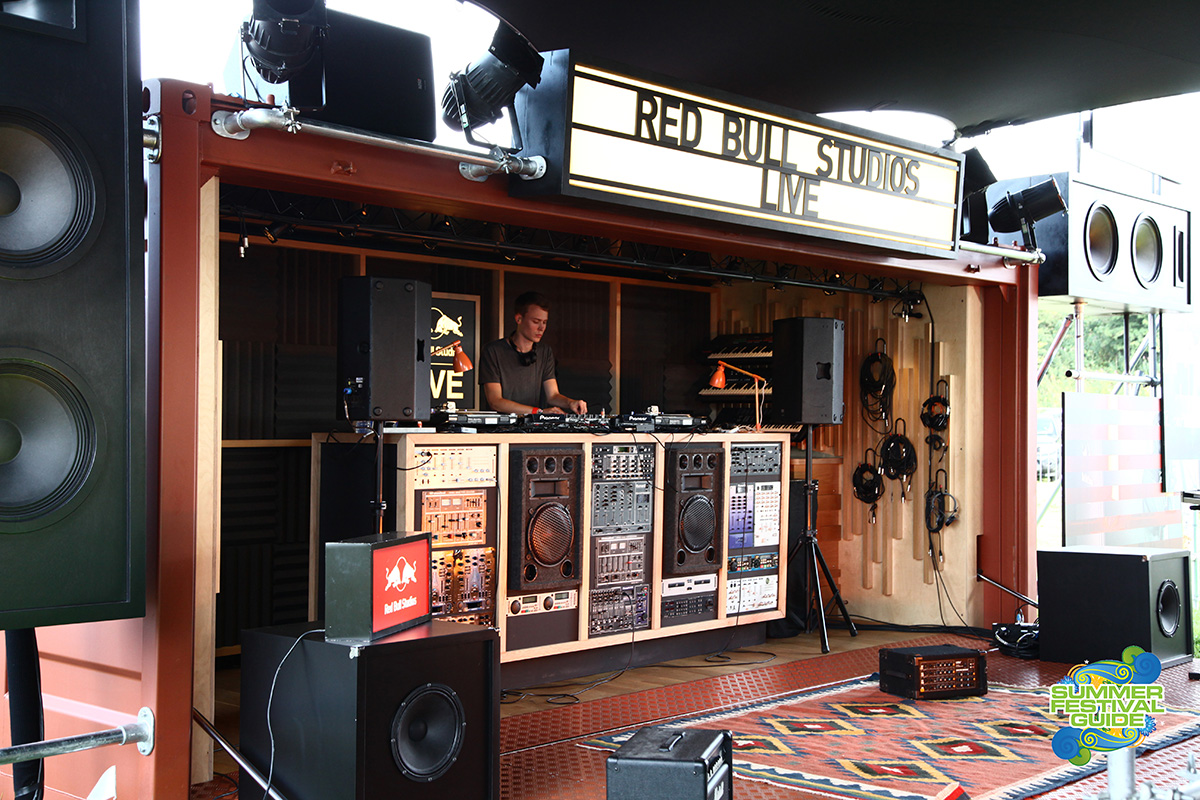 Saturday catered for the house lovers over at the Red Bull Tent. The party started with Pariah, an R&S labelman from London, who would get any electronic underground fan nodding their head with his approach in the current wave of British dance music. The DJ entered the part-open stage at 6:00pm – allowing festival goers to ease themselves into Saturday evening whilst the glorious sunshine brought warm party moods well into the sunset hours. The critically acclaimed ‘Huxley’ kept the beats going into the night, leaving the crowd screaming in excitement with the much unexpected addition of ‘Space Cowboy’ by ‘Jamiroqui’ emerging through his heavy house beats. Joy Orbison continued where Huxley left off and finished the night in style. 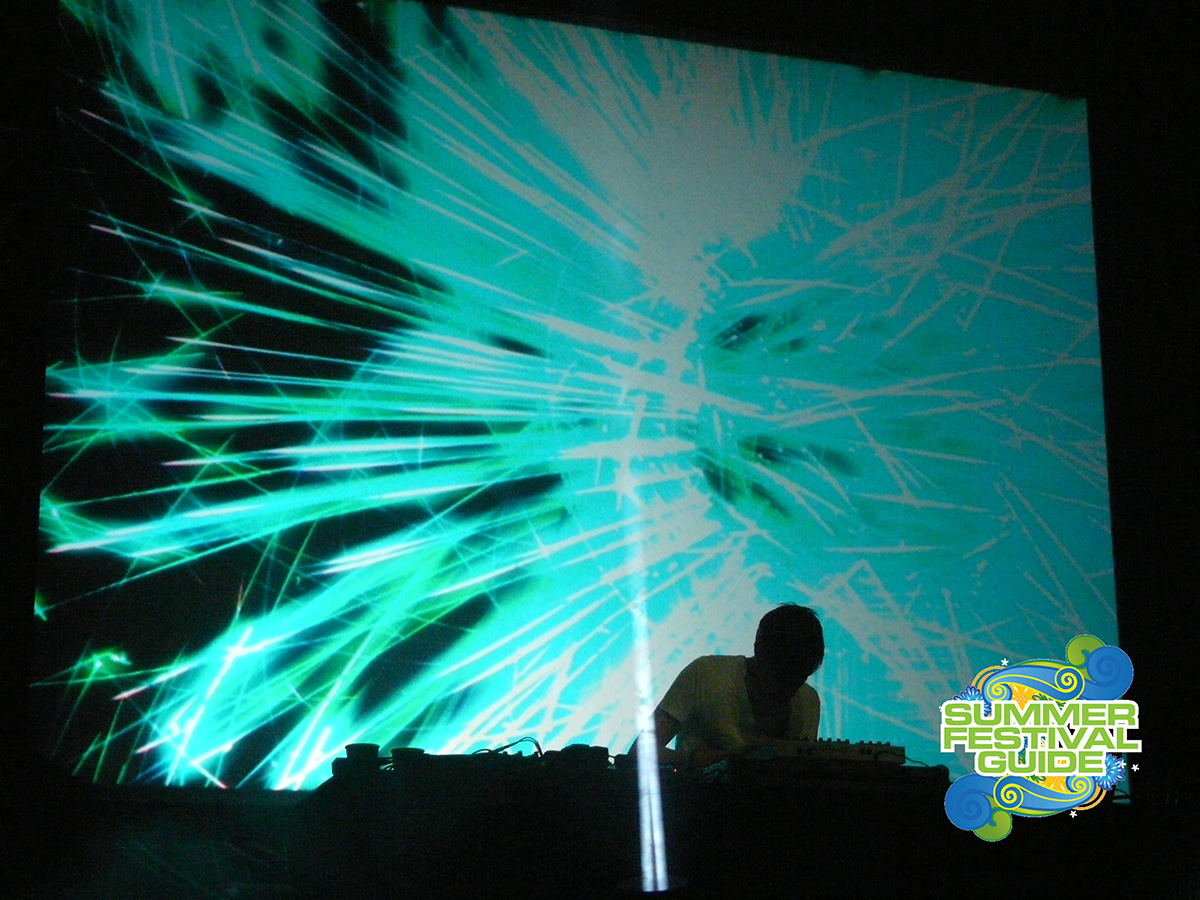 Saturday’s headliner was Jon Hopkins and once again, he did not disappoint. Blowing the crowd away with his explosive and bass heavy, kaoss pad inspired soundscapes. His set was an unsettling, yet completely soothing experience. A master of his art, Hopkins is known for his intriguing aesthetic performances. Halfway through this particular set, an unexpected sea of colourful giant bouncy balls sailed through the crowd as excited fans punched them into the air creating a colourful explosion of orbs floating over the stage. After the initial excitement of feeling like you are a big kid in a ball pit (and of course the fantastic visuals) the excitement wore off and we realized that being banged in the head by those things actually quite hurt…

Sunday came and the heavens opened. The rain was torrential and so our day was planned around keeping dry, as well as who we would like to see. Tall Ships were the first band on our list and they played one of my favourite performances of the entire festival. T=0 being a highlight and it’s guitar hook has been stuck in my head ever since. After this we took position inside the Resident Advisor for Mano le Tough and then Dixon. Both of whom played quite similar sounding sets. Tough bordered more on house and modern disco, with Innervision’s founder Dixon edging towards progressive house and techno at times. The weather had put a downer on the day for me and although some people I had spoken rated Dixon as their highlight of the festival, I was not in the same mindset. The DJ seemed a little too similar to the artist previous which wasn’t his fault, but I found myself glad to move on from this tent by the time we needed to leave.

Once we had walked over to the final headline act, we were freezing and soaked to the bone. The rain was pouring and spirits were low. Darkside were make or break.

The guitar/electronica duo of Nicolas Jaar & Dave Harrington have some amazing tracks and there was a lot of hype around this performance, with Nicolas Jaar’s live set being one of the best around at the moment. The stage plunged into darkness for their entrance, before Jaar & Harrington took to the stage, which was a cloud of smoke. Spotlights set behind the stage made the two visible only as silhouettes, as they treated the rain-soaked crowd to a show that they will not forget in any hurry. Harrington’s live guitar added complimentary ambient textures to Jaar’s driving analogue synth sounds. A clued-up individual standing near me noted his use of max/msp for drum programming, which went completely over my head but sounded very impressive indeed.

I was completely blown away by Darkside. They were well worth persevering through the cold and rain; their expert shifts in tempo throughout their set shadowing the rollercoaster of a weekend we had experienced. ‘Paper Trails’ was magnificent and Jaar’s live vocals were such a refreshing thing to see and hear.

The fact that Beacons festival still kept it’s magic, even after one of the worst downpours I have experienced at a festival, speaks volumes for the place. Looking back now, as I sit in my little tent with my freezing toes, the past four days have been completely mind-blowing.

Thanks again Beacons festival…. see you next year.