This small festival situated in Hertfordshire had a line-up rivaling that of larger festivals. Running from the 1st – 3rd of August, Standon Calling offered music to suit all ages and tastes. Headliners Frank Turner and the Sleeping Souls, Public Enemy and Maximo Park ensured evening on the main stage ended on a high. Other highlights included Beans On Toast’s performance amongst the crowd, Amber Run inviting members of the audience dressed as a Taco and Paddington Bear to join them during their set and Charli XCX igniting the Big Top with her latest single ‘Boom Clap’. Other standout performances came from Clean Bandit, The Cuban Brothers, Grandmaster Flash and personal favourite Saint Raymond. Unfortunately the highly anticipated Ella Eyre could not attend due to illness. 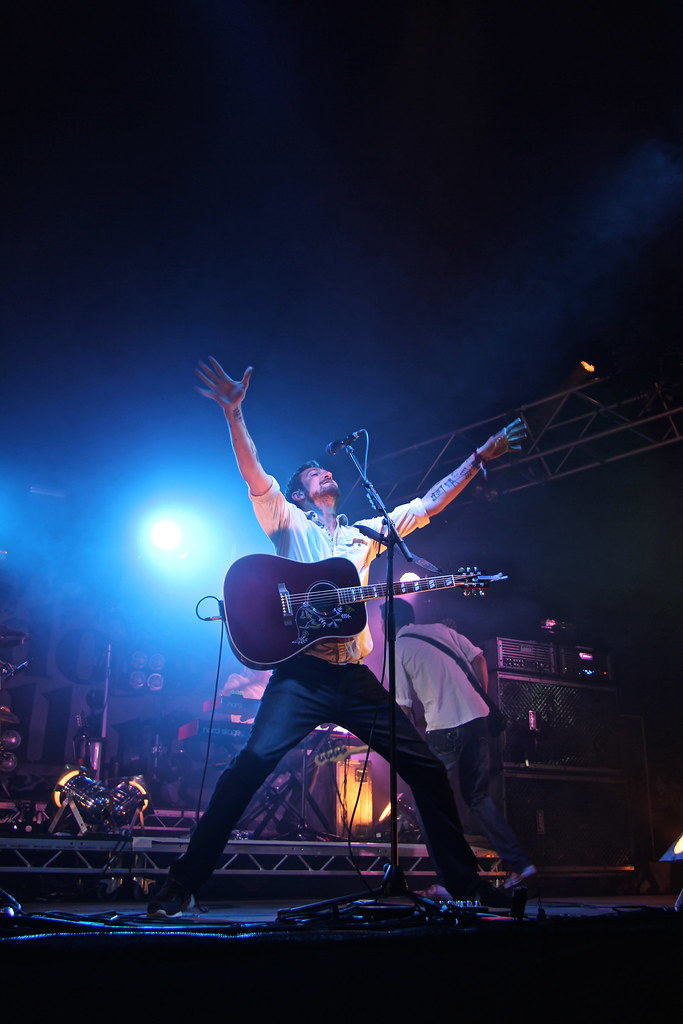 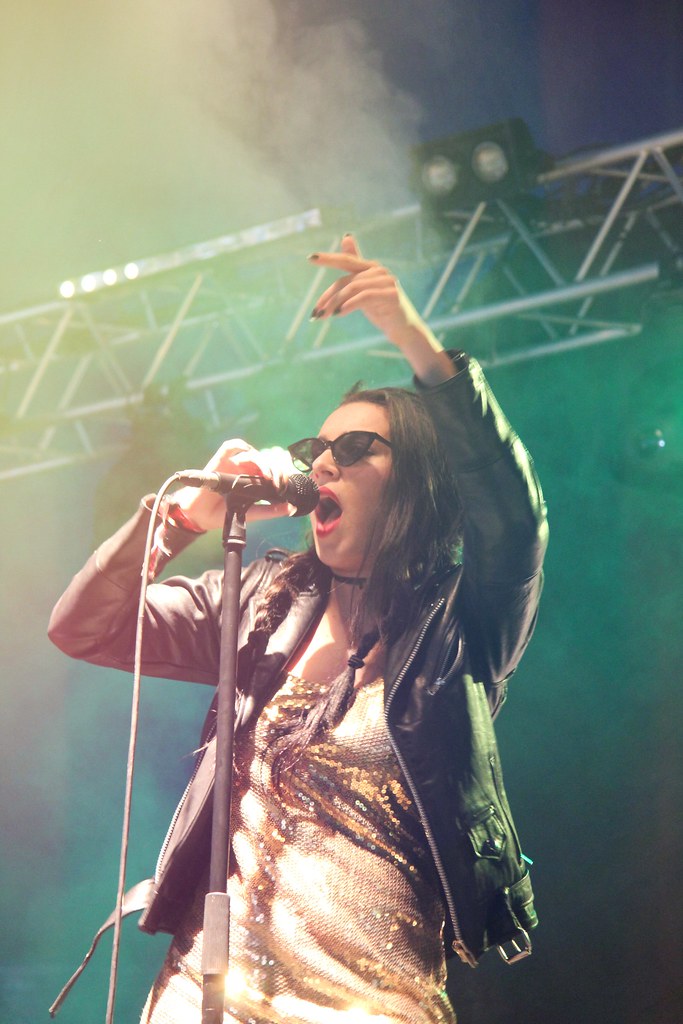 Its the first time I’ve been to a festival where dogs are allowed in, its literally the best thing ever. I made some lovely canine friends and owners, who are surprisingly happy to have a million people a day ask to stroke their dog! There was even a dog show which drew in a massive crowd including categories; Best Trick, Waggiest Tail and Owner most like their Dog. Attractions like this are what separates this festival from others and provided light entertainment on Sunday afternoon. Amidst the chaos in the ring, Nigel was the standout dog. 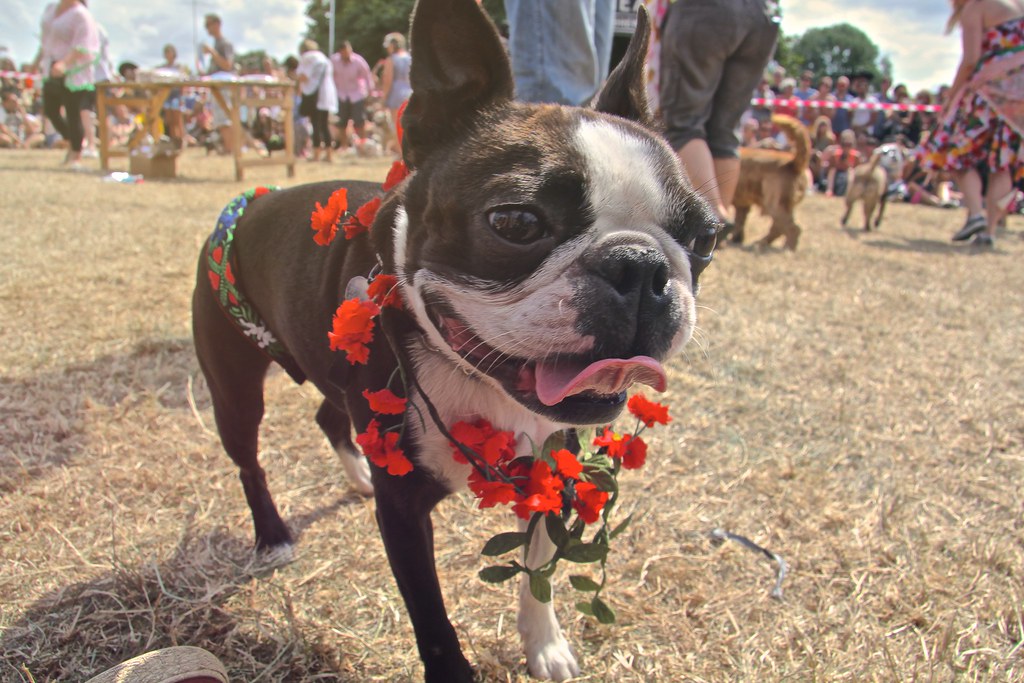 ‘Lost in Latin America’ was this years theme. The attention to detail across the festival blew me away; there was not a single area that hadn’t been decorated, even behind the bar the theme continued. The cowsheds which held the afterpartys had hidden rooms, which had been fantastically decorated, including a Day of the Dead shrine. 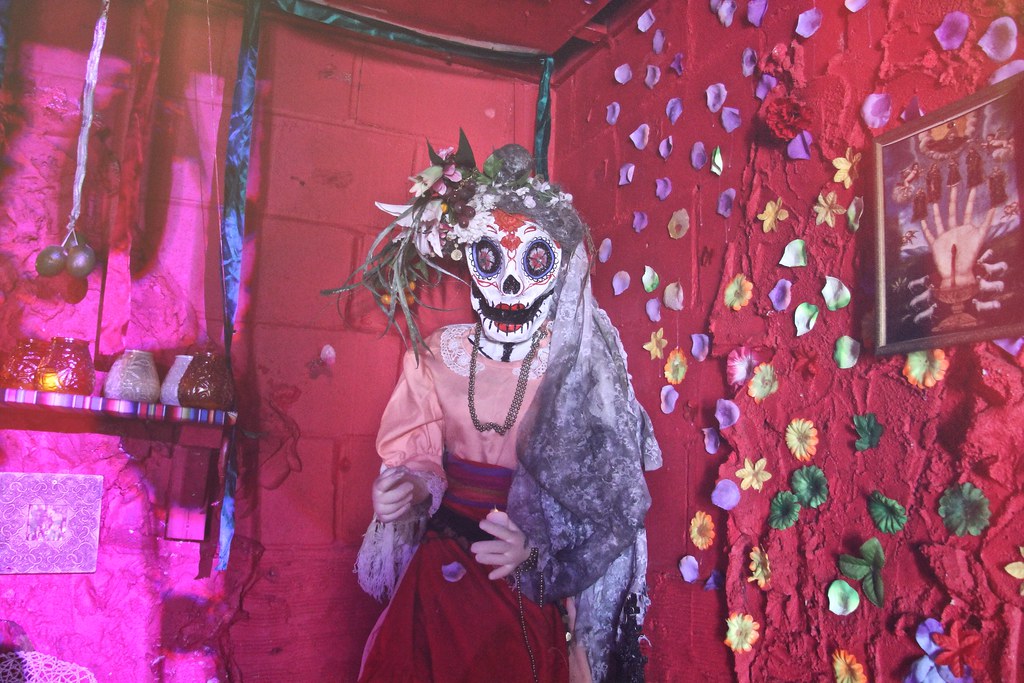 Standon Calling offered a brilliant selection of stalls across the festival. The ‘Jose Cuervo’ bar ran margarita making competitions over the 3 days, giving partakers the chance to win a £500 bar tab for making the quickest drink. I gave it ago on Sunday, and managed it in 19 seconds, I was the current champion, only to return in half an hour to see someone had smashed my time and completed the challenge in 13 seconds! Absolutely gutted, but it was so much fun and it attracted a crowd full of competitive spirit! (You also got to keep the drink you made, bonus!) 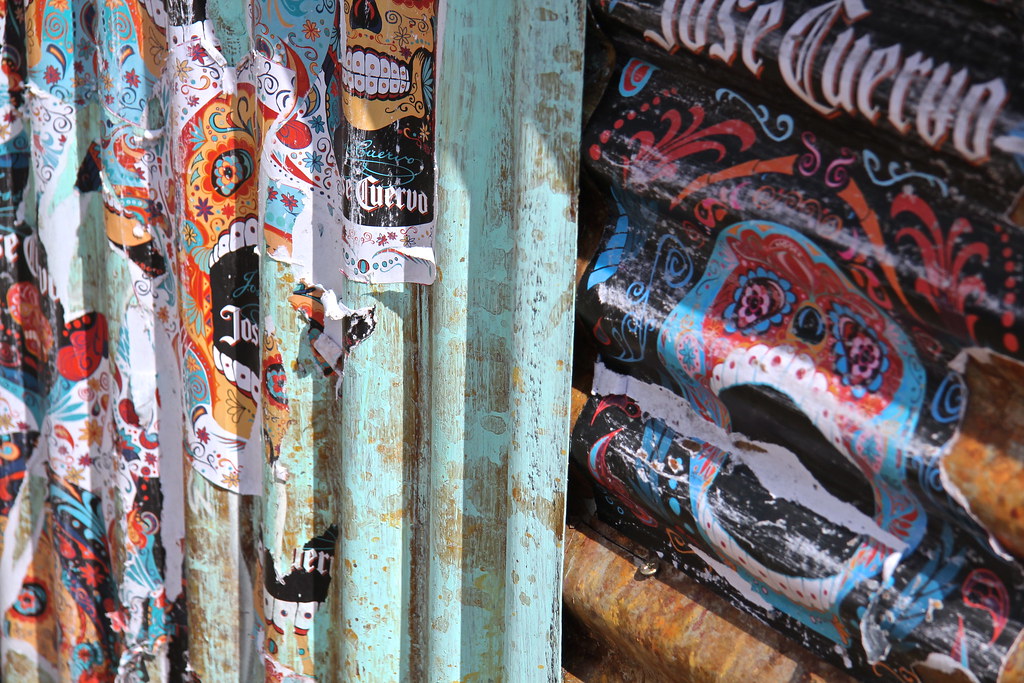 What more could you ask for? The swimming pool is something that definitely stands out at Standon Calling; they are the only UK festival offering this experience! Suitable for children and adults alike, music by poolside DJ’s provided a relaxing retreat from the bustling crowds. 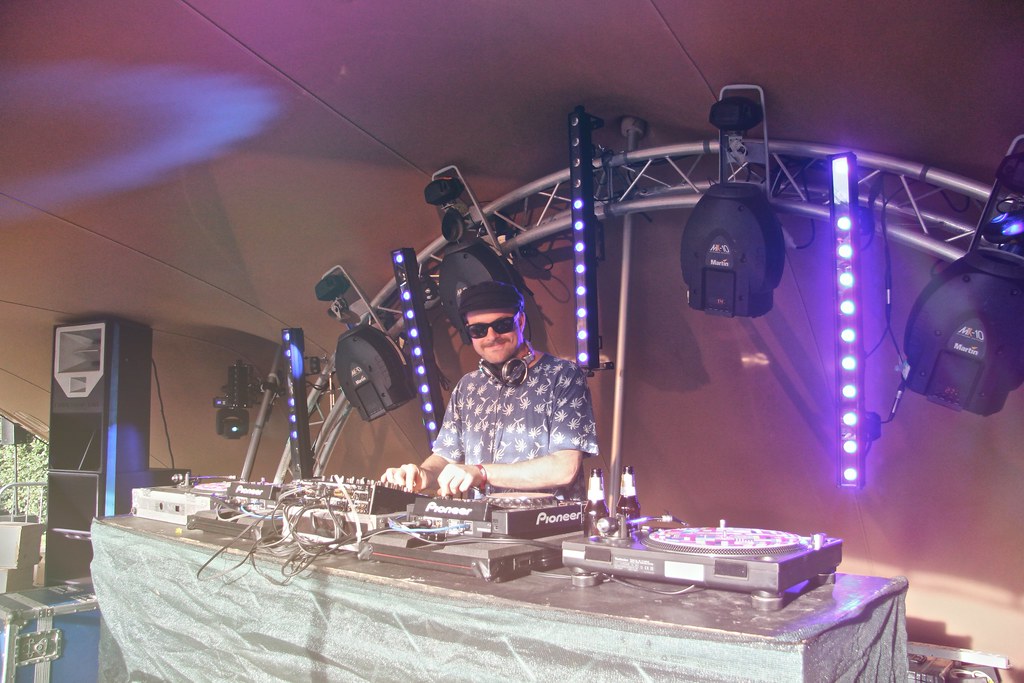 Standon Calling also offered a great selection of food, excellently priced. Barnaby Sykes – Pie Maker was a personal highlight, selling pie, chips, gravy, peas and a drink for £9, satisfying you for the entire day. The pulled pork burrito by Luardos was also delicious and worth the long queue. 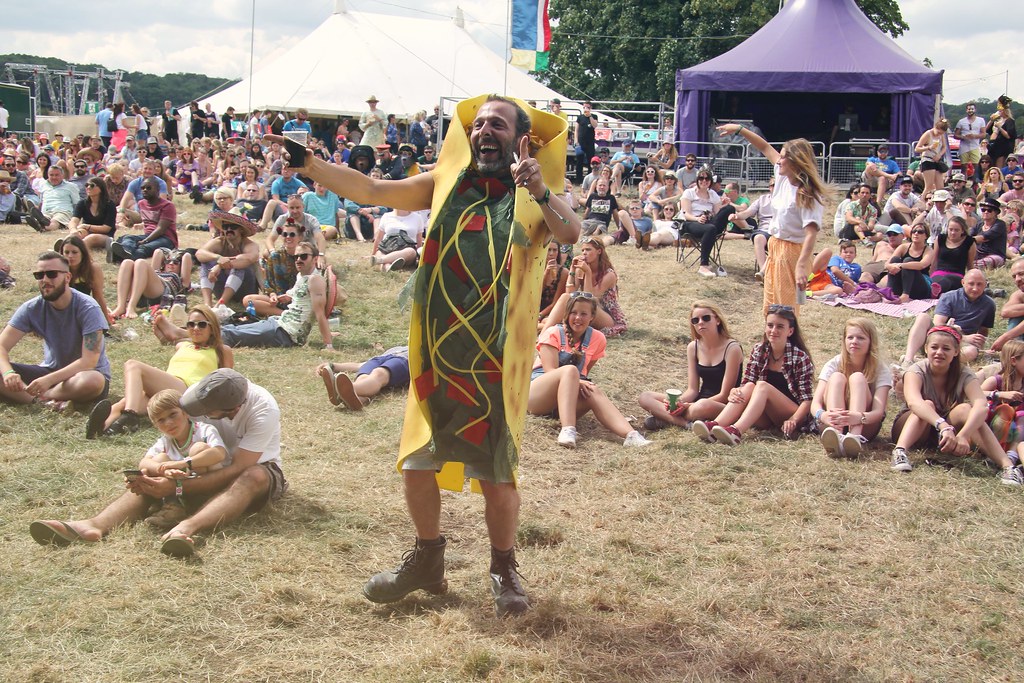 The theme provided excellent inspiration for fancy dressers, there really was a top notch effort by all, everyone looked amazing and it added to the atmosphere of the weekend. Costumes ranged from Sally the Llama to bottles of tequila. There was a fancy dress competition for both adults and children on the main stage, with the winners chosen by the crowd. 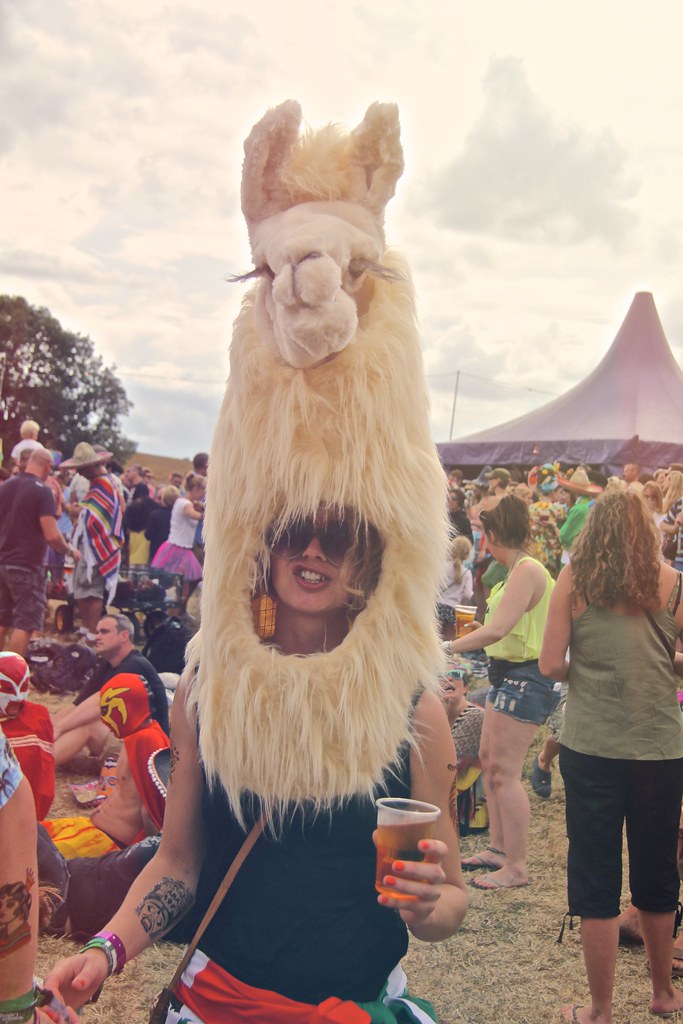 During breaks in the music, there was always something else on offer to keep you entertained. Mexican wrestling was very unexpected but so entertaining, with the wrestlers taking on different characters within the ring giving the crowd someone to cheer or boo. Trapeze lessons were also available, for either £8 for a solo swing, or £35 to swing and be caught by a professional. Crowds watched below as the festival goers took the leap of faith! 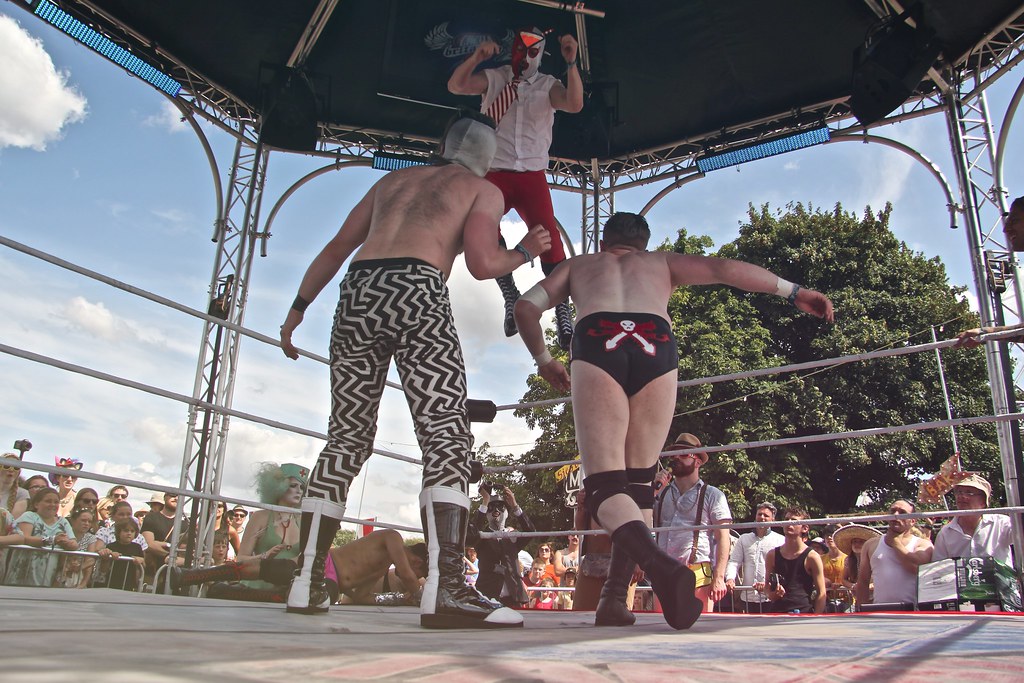 Festival goers were able to buy tickets for 2015 at a hugely discounted price, and although this offer has now ended, I would definitely pay full price to return next year, it has been a highlight of my summer.