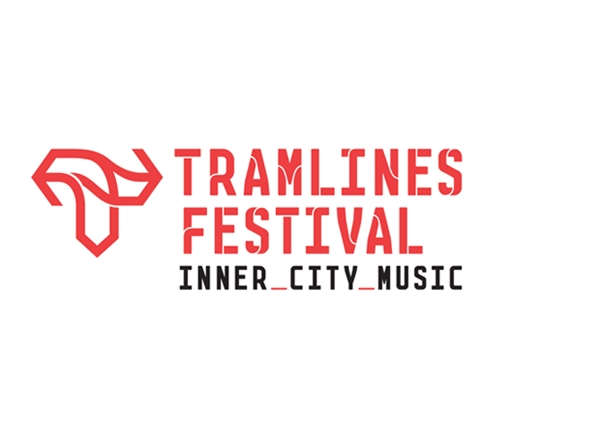 Tramlines Festival has become one of the biggest events on the inner city festival calendar. From its early days as a free-to-enter event subsidised by the local council and corporate sponsors, the festival now attracts visitors to Sheffield from all over the country due to the fantastic value of £28 for a full weekend pass to see some of the biggest names in a wide range of music genres including Katy B, Sister Sledge, The Cribs and Public Enemy.

Last year saw over 100,000 music lovers attend the festival, and although this year’s statistics are yet to be announced, attendance had been forecasted to be even higher, which is feasible judging from just how packed the city centre was over the weekend.

Tramlines brought a carnival atmosphere to Sheffield. The city had a palpable buzz, with bars and pubs full to the brim, revellers spilling onto the streets and people of all ages and music tastes enjoying the wide variety of artists on the bill.

Walking around the city, it felt like bands were playing everywhere they could be squeezed in. From car parks to beer gardens, to squares, libraries, museums and even double decker buses, music could be heard. If it wasn’t a band, it was a DJ or an acoustic singer/songwriter. The city was host to a three-day long party, fantastic for the profile of Sheffield and the local economy.

Tramlines has been described as an ‘Urban Glastonbury’ by its organisers. Big boots to fill for a festival only in its sixth year. How did it stack up against its contemporaries and does it deserve such lavish acclaim? We tried to find out.

When the first song by the first band you see at the festival makes the hairs on the back of your neck stand on end, you know you’re in for a special weekend. That’s exactly what happened during Post War Glamour Girls who opened proceedings at City Hall. Roaring single ‘Little Lands’ from the talented Leeds four-piece kicked off a 25-minute set mainly showcasing material from their upcoming second album. Due to being scheduled to play Deer Shed festival at 11am the following day, their relatively early starting time meant they were missed by many, but they fully deserve to be back headlining one of the venues next year.

Bathed in purple light, Sheffield Blessa played in the hugely impressive Cathedral. With parallels drawn to The XX, the dream-pop act drew a crowd of around 300. They couldn’t have suited the venue any better, with vocalist Olivia wearing a nun-style robe and her soaring vocals accentuated by the reverberations of the Cathedral’s acoustics.

A hot, sticky and packed Leadmill was headlined on Friday night by The Wedding Present, an indie-rock band whose success spans a period of almost 30 years and 8 studio albums. Inexplicably starting at 9.30pm rather than 10pm as billed, a constant theme running through the festival, their hits ‘My Favourite Dress’, ‘Corduroy’ and ‘Brassneck’ got a rousing reception from the crowd.

Day two kicked off with the masked and feathered post-rock duo Nordic Giants, who drew a near-capacity crowd to the City Hall. The band played soundtracks to five short, surreal and disturbing films designed to provoke an emotional response from the crowd. Right at the start of the unforgettable set a member of the audience asked, “What the hell is this?” but the originality and compelling showmanship unequivocally won the crowd over.

Next up in City Hall were instrumentalists Brontide, delayed around 10 minutes due to guitarist Tim’s broken looper pedal. Luckily, Talons who played earlier donated theirs to save the day – and it’s a good job they did – the trio are all about complex, multi-layered riffs backed up with hard-hitting drums. The short set of five songs was one of the highlights of the weekend; Brontide’s technical intricacy is softened and made accessible by catchy bass hooks and Tim’s fist-pumping and infectious enthusiasm.

“If you added our ages together, we’d probably be over a thousand years old,” joked Chuck D of Public Enemy. Although his comment was tongue-in-cheek, the experience and calibre of the group showed through in their fantastic hour long headline performance. Many fans were left disappointed as they were unable to get into the full to capacity Devonshire Green. Those lucky enough to gain entry were treated to DJs spinning old-school hip hop tunes which got the crowd in a party mood before Flavor Flav in his trademark clock pendant and Chuck D exploded onto the stage blasting out classics including "Bring the Noise" and "Fight the Power”. Their hour long set finished off with "Harder than you Think" before Flavor Flav declared in a final parting rally cry for peace and unity, "The only race is the human race."

Psychedelic indie rock sextet Neon Waltz drew a crowd of around 150 to the Leadmill. Their set was characterised by slow-tempo tracks breaking out into feverish jams. Although the young Scotsmen rarely showed signs of originality, they ended on a high point with ‘Perfect Frame’.

Leicester instrumental outfit Maybeshewill played a captivating 45 minute slot back at the City Hall. Deviating from a typical post-rock formula, the band relies on keyboard and samples, in addition to having a guest cellist and violinist for Tramlines. No surprise that there was a grand, orchestral feel to the gig, which climaxed in a spine-tingling version of ‘He Films the Clouds Pt. 2’, with the vocal sample sung by the crowd.

Headlining a rammed City Hall were Future of the Left, who provided a contrast to the mainly instrumental bands so far in the venue. But FOTL were distinguished by more than just Falco’s vocals; the star of the show was Jimmy, not only a fantastic guitarist, but whose antics included taping a bottle of beer to the head of one of the crowd members, lifting him up and using him as a drink dispenser. All in all a thrilling and memorable end to the day by the Welsh quartet.

A sparse Sunday afternoon calendar was livened up by Physics House Band at Corporation. The experimental trio from Brighton at first glance seem like a band aimed at other musicians, with mathy riffs and complex time signatures, but their tracks are definitely ‘noddable’ by the crowd, who appreciated the quiet/loud dynamic. Despite the bass being a touch too loud, Physics House Band were one of the top performers of the festival.

Also in the nearly pitch black Corporation were Rolo Tomassi. This is certainly a band to keep in mind the mantra, “appearances can be deceiving”. Softly-spoken vocalist Eva welcomes the crowd and mentions that Sheffield is her hometown. But she’s not softly-spoken for long – once the track starts, she’s growling and hurling blood-curdling screams down the microphone, making for an utterly spellbinding 30 minutes whether or not you like mathcore.

Back to Devonshire Green, The Rifles kicked off a snoozefest on the main stage. Another victim of cranking up the bass volume, there’s frankly more life in roadkill than the Chingford quartet and this reflected in the bored-looking crowd.

Luckily the main stage finale was spectacular with a rousing performance by The Cribs. One of the UK’s top live bands, the Yorkshire trio launched into a crowd-pleasing set heavy on tracks from the album ‘Men's Needs, Women's Needs, Whatever’, ending with the explosive ‘City of Bugs’.

Tempted for one more band before the trip home, Bo Ningen appeared to be an intriguing option for Sunday night. The official programme, describing them as ‘Psychedelic art-rock’, didn’t hint at what was to be the most thrilling and unique set of the weekend. Bo Ningen are a quartet of absolutely insane Japanese guys with waist-length hair, wearing dresses and catsuits. With Queen’s Social Club so rammed that the crowd spilled out into the corridor, the group made the air fizz with their hypercharged brand of glam rock. In an electrifying finale, lead singer Taigen jumped off the stage onto a table at the front of the room and whipped the onlookers into a frenzy, miming stabbing himself with his bass guitar, all the while playing it with sublime technique.

It’s clear that musically the festival was an absolute success, but what about the organisation? A common theme over the weekend was inaccuracy of the printed schedule guide. The Wedding Present, Brontide and The Beat suffered from either having conflicting times published in the programme or being moved without proper communication. Yes, the unexpected usually does happen and bands have to be rescheduled. But how about having an app to send push notifications to attendees when things change? Or even just clearer social media communication. On Facebook, the organisers had announced High Hazels would take Catfish and the Bottlemen’s slot on the main stage. In fact, they took The Beat’s place. We were left having to check various bands' twitter/Facebook accounts directly to determine what time they were due to play.

Another theme of the festival was overcrowding. It’s understandable that world famous acts such as Public Enemy have a pull larger than the capacity of Devonshire Green, but one example of avoidable disappointment was Slow Club on Sunday evening; a homecoming for the successful Sheffield duo and the Leadmill was one-in-one-out, with a queue right down the road and round the corner. Surely O2 Academy, Devonshire Green or another sizable venue would have been a more sensible choice, especially as the festival was winding down and there were so few gig choices at this point.

But even with these minor gripes, the atmosphere in Sheffield was electric over the weekend. It may not be Glastonbury in terms of scale and organisation, but Tramlines is definitely up there with the most enjoyable of the inner city festivals and a bargain for £28 for the whole weekend's entertainment.