Sizzling on the hottest day of the year, Victoria Park played host to the biggest eclectic music festival in the capital!

Set up with an air carousel, jelly coconuts and VIP doughnuts, LoveBox brought festival magic and a distinct Coachella vibe to East London.

Kicking off the excitement was an energetic performance from reggae legend David Rodigan MBE. Festival-goers were treated to the classics as well as some new material and modern mix-ups. With coconut water, 30-degree heat and some of the best reggae in the world, Lovebox oozed Jamaican vibe.

Katy B followed with a pop performance to both her loyal fans and new comers alike. Complete with an army of powerful dancers, she owned the stage boosting the festivals artistic reputation with her quirky talent. 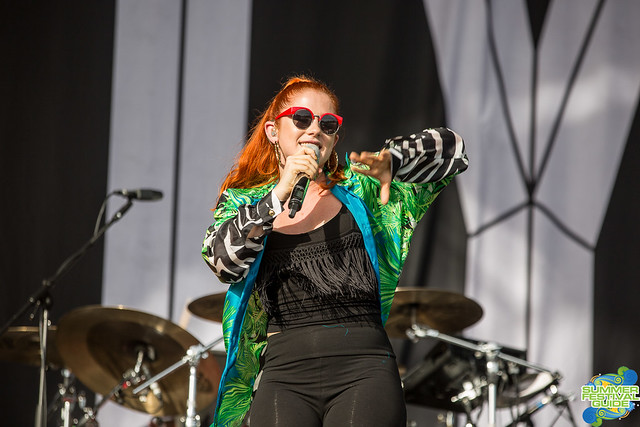 London truly showed itself off as the creative capital of the universe with an irrefutably enchanting performance from Chase and Status. The duo came back to their city roots to take on the insatiable British crowds and did not disappoint with a two hour set featuring their most famous hits including Blind Faith and Time with Delilah making an unexpected appearance.

Famous for their spectacular visual performance, they left no heart unmoved by the sheer power of their music, completely dominating the line up.

The night ended in a shower of confetti and fireworks as the grounds were cleared for another day of unforgettable moments!