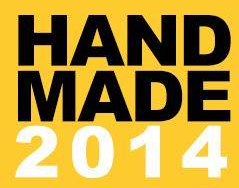 For its second year, the burgeoning Handmade Festival, situated in a number of venues across the inner-city landscape of Leicester, brought in a diverse range of acts once again.

Headliners for the Friday, Saturday and Sunday amounted to Irish experimentalists And So I Watch You From Afar, Japanese pop-rock girl-band Shonen Knife and the rousing acoustics of Dry the River, a pretty eclectic mixture, I'm sure you'll agree! Throw in some top comedic acts interspersed throughout local talent and smaller acts, aswell as photography and art installations at some interesting venues, a great combination of entertainment all for just £30.

For me, it began on Friday evening with Matt Henshaw  at the Cookie. Henshaw had pre-empted his slot with a selection of photos featuring him alongside Leicester landmarks like the Clock Tower and the King Power Stadiumon on his Facebook page. It was a nice way to kick-off the festival as his soulful style was soothing, after a long week for the majority of the audience! Henshaw is appearing back at the Cookie in a month's time to launch his new EP, so the city obviously means a lot to him, something he pointed out inbetween songs.

I jumped over to the Firebug pub to check out MJ Hibbett & the Validators set upstairs. They attracted a sparse, yet involved crowd upstairs, as they rattled through a relatively short 30-minute set. The leader of the group, Hibbett has a great history with the music industry, creating his own music label 'Artists Against Success' and peppered with a few viral hits, including he claims, the first ever viral video. I liked the tight drumming and the use of a violin, shaking things up a bit, and the lyricism of Hibbett was subtle yet effect, in a similar vein to Melvyn Bragg.

From Firebug, it was then over to the exquisite Hansome Hall, my third venue of the night for the backend of Three Trapped Tigers' set. I emerged into the ex-theatre venue to see a room full of bouncing fans, as TTT had the crowd in the palm of their hand. From the brief end of the set, it was clear to see they were on fine form, a fact confirmed as I discussed with a fellow fan who'd seen the entirity of the set.

But it was undoubtedly obvious what the majoirty of said fans were there for, the experimental stylings of Irish band And So I Watch You From Afar. Having listened to some of their work beforehand, I was anticipating their arrival greatly, and I wasn't left disappointed. The three-pronged guitars were backed up brilliantly by their drummer and some choice cuts from last year's 'All Hail Bright Future's' LP went down a storm, 'Big Things Do Remarkable' and 'Eunoia' amongst them. Their second record has progressed them higher up the musical spectrum, so it was great to see them in such an intimate environment, where they filled the room brilliantly with their sound. What was great about the band was that they controlled the room with very little vocalisation, but when that did kick in, you felt the effect fully. It was a great ending to the first evening of fun, as the band told their ecstatic audience just how much they loved playing in Leicester, a city that has been great to them.

Saturday began with a set from locals Juniors. They played at Firebug, which again showed its impressive use of space for a live music venue. It was brash, loud start to the day as the alternative-rock the band plays throws in some ragged, raw riffs to create a pacy, head-pounding sound. 'Sharman's Rug' was the pick of the bunch, as Leicester's eclectic music production line looks to have created a new batch of stars.

Brawlers followed Juniors, and kept up the relentless pace. It was almost as if the two bands were in direct competition for who could be as fast as possible. Nonetheless, the quality didn't dip either, as they impressed immensely. I got a Dinosaur Pile-Up vibe from the foursome, whilst there were also shades of the Strokes too. Handmade did well to deliver two such exciting bands so early in the day.

After settling down, I was ready for the calming acoustics of Katie Malco at the Bishop St Methodist Centre. It was a much different affair from the back-to-back rockers of earlier in the day, but it's clear to see Malco is just as talented, as her haunting vocals put her in the bracket of fellow songstress Emmy the Great. The use of a piano on 'September' elevated her gig even moreso, making me delighted I'd picked to see this rising starlet. Go YouTube her now and prepare to be excited!

The exciting thing about this festival is the sheer variety, for this you just have to go for Shonen Knife. A band who toured with Nirvana and taken influences from the likes of the Ramones and the Beach Boys are never going to be boring! They followed on from ASIWYFA the previous evening to take on the headline status at Hansome Hall, and they lived up to the high standards set on Friday night, with their range of tunes that delighted a passionate crowd. After seeing a lot of up-and-comers it was refreshing to see band who'd toured the world over and still had such love for the art, most bands should look at Shonen Knife as a great template to follow.

For me, Sunday was a quieter affair, beginning in the surroundings of the comedy basecamp, St Martin's Coffee Shop. I took my place in the terrfically decorated venue ready for a slice of comedy from 'Never Mind the Buzzcocks' panellist and Pete Docherty lookalike Joey Page. Possibly the first observation from Page was of his passing resembelance to the Libertines frontman, as his eccentric show took in some Noel Fielding-esque stories of fantasy encounters with Eric Cantona in the five-item queue in Tesco Express…a ramble that began after thanking a guy called Stan for attending his show. Granted it might not be to everyone's comedic taste, but Page, admitting that the show was a smorgasboard of new and old material, had everyone roaring with laughter, especially with his discussion of just what has gone wrong with ITV's very own 'Ant & Dec's Saturday Night Takeaway'. A great diversion from the excellent music I had seen up to that point.

Speaking in Italics followed up a show the other side of Leicester (the O2 Academy) the previous evening to entertain the citizens of Firebug with a half-hour set of progressive rock, that strayed into a more hardcore area at times. I enjoyed the vocals quite a lot, as they clashed with the instrumentation, but in a good way! No, SiI were placed well, offering a nice slice of entertainment ahead of their quieter counterparts.

Next up for me were Cut Ribbons, another interesting mixture of sounds. A lighter offering of indie-pop with male and female vocals, the sound was fresh and crisp as I got poppy-vibes, alongside something like early Kings of Leon. The vocals are hard to place though, given their originality. I enjoyed single 'Damascus' a lot, and they are supporting Thumpers on a UK tour, so watch out for more from this original group.

Possibly the most famous act at the minute on the entire bill came last, Dry the River, were an act a lot of people had been waiting for and a little bit later than advertised, the moment they took to the Firebug stage was a great one. The bar was slowly filling up throughout the evening and was almost to capacity when the foursome came on. Every song was greeted with rapturous applause, as songs from 2012's 'Shallow Bed' LP were sung from the rafters with some new material cheekily thrown in for good measure. They played for just under an hour, but it was a great experience, seeing such a hot band in such tight circumstances, made for memorable moments, such as 'Shield Your Eyes' and 'Weights & Measures' a rousing tune. The band themselves appeared to be loving every moment too, thanking the crowd for their patience and support throughout.

So there you have it, Handmade Festival is an exciting event that is growing with each annual edition. It was my first proper metropolitan city festival, and an experience I thoroughly enjoyed, allowing me to take in a wealth of different arenas, picking out some hidden musical gems in the process.