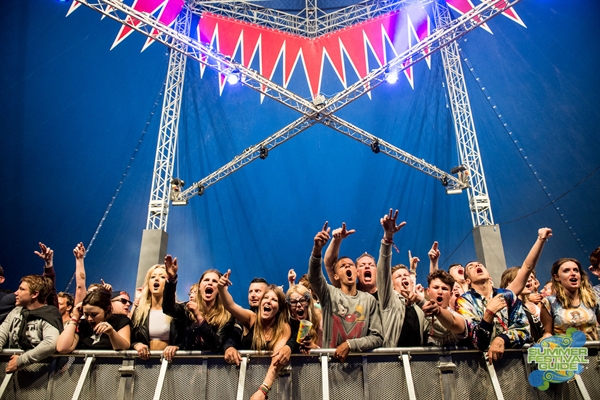 After last years terrible weather this year was set to be different, lets face it… It had to be. A couple of heavy nights of rain meant the campsites started to get soggy and the ground was starting to churn. Fortunately for campers, the areas mostly plagued by damp and muddy environments had temporary road surfaces and plenty of hay to soak but moisture in the ground.

Despite broken and mud-logged trolleys, multiple trips to the car and a little huffing and puffing, we finally managed to get the tent set up and consulted the IOW Festival app to find out where to get our kicks (though, as expected this did indeed rinse the phone battery…). A welcome sunny afternoon broke out so we decided to head into the dance tent… inside… er, well regardless of the lack of sun indoors the lineup had more than enough clout for us to forsake the fresh air. With the likes of Ms Dynamite, GrandMaster Flash and A-Trax pumping out the hits (although Ms Dynamite was extraordinarily late, people were queuing to get in for her set) to a tent full of writhing bodies and beat-matching strobe lights, the old school mixes really went down a treat. Elsewhere, pint-sized popster Ellie Goulding belted out the chart-toppers with a crowd-a-oke of ‘Your Song’ and Delilah’s set started out with a microphone malfunction but eventually settled into a decent set. 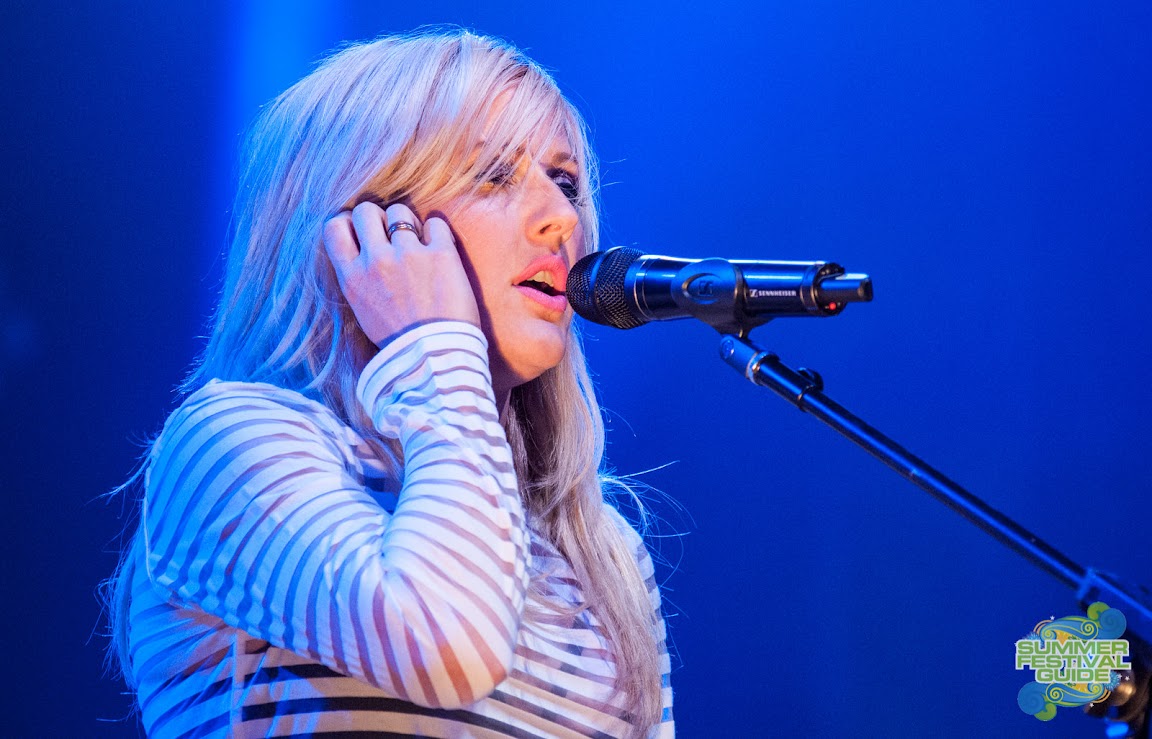 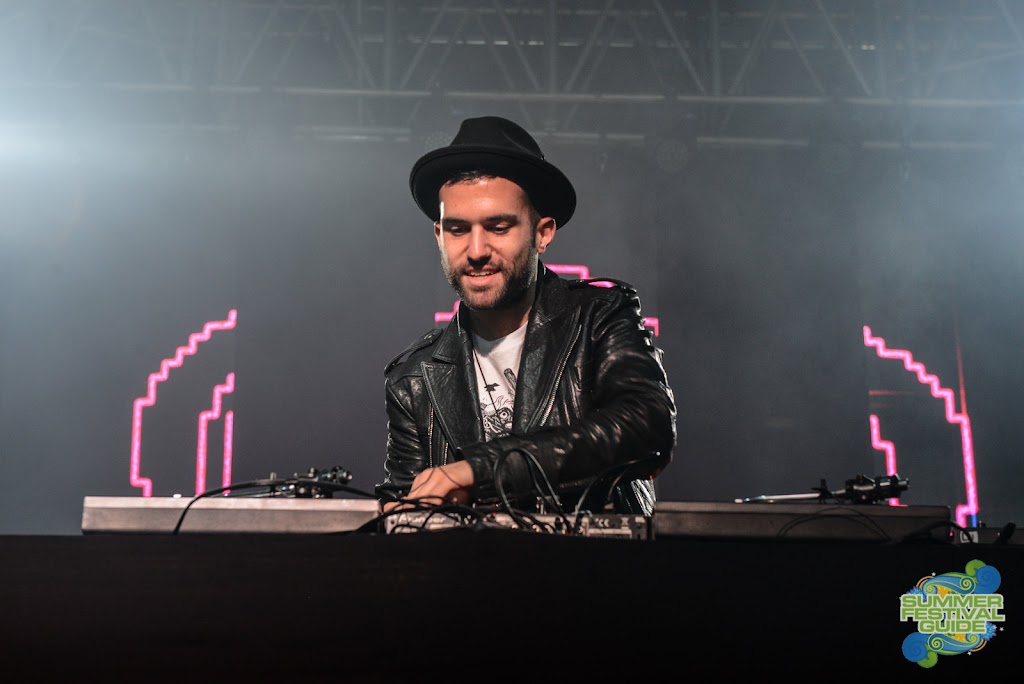 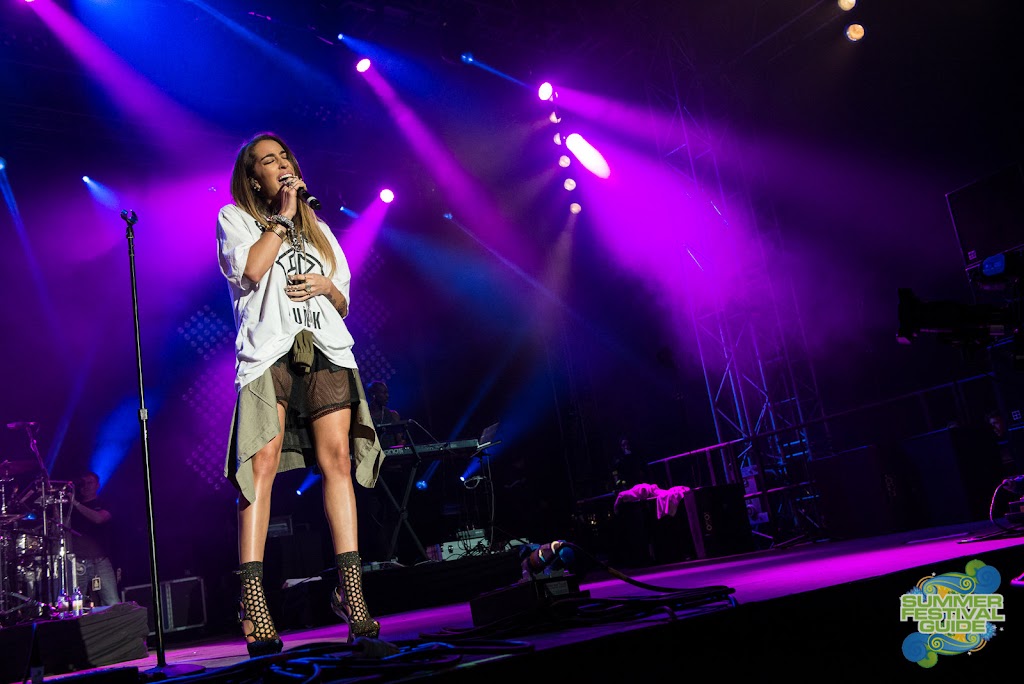 Firday headliners The Stone Roses where coming hot off London shows in Finsbury park and showed no sign of slowing down as they headed onto stage to the beat of ‘Stoned Love’.  Ian Brown in his bright yellow jacket got the crowd singing the massive hits ‘Waterfall’ and ‘Made of Stone’.  It was the perfect end of a long and tiring but exciting first day at the Isle of Wight Festival.

Saturday saw strong winds tipping the balance of fun to annoyance, with tents and bins taking off like the Poppins all over the place, but at least it wasn’t raining. After a quick trip to the festival supermarket (brilliant idea thank you IOW organisers), we set off into the arena for The Killers. Crowd-pleasers ‘Mr Brightside’ and ‘All These Things That I’ve Done’ went down a storm, with one enthusiastic bod even holding a lit flare out in the crowd. Confetti cannons with red and yellow ticker tape covered wild fans as they screamed for more, closing out with super-anthem ‘When We Were Young’ this was an exceptional show.

After heading to the Eco-Charge for a phone-bump (or a Kinetic bicycle charge if we were feeling fresher on Sunday) and another dousing of rain alongside periods of actual sunburn, we caught the Bedlam Take Over in the BT Infinite Tent where the likes of Zane Lowe, Andy C and SubFocus were absolutely lighting up the night with massive hits and huge helpings of chest pounding bass to a bursting-at-the-seams arena.

Closing out this years festival on the main stage was the hugely popular Bon Jovi.  As the sun began to fall on the majestic Isle of Wight, Jon Bon Jovi took the crowd on a whirlwind journey through the extensive back catalogue and tracks from their new album including ‘Thats What the Water Made Me’, sing-a-long favourite, ‘You Give Love a Bad Name’ and more!  The crowd interaction was impossible to miss and it displayed the continued popularity of the band in the UK.  Saving the best for last was number one hit ‘Living On a Prayer’ which has the entire main stage audience in full vocal swing.  Accompanied by a massive fireworks displayed it brought to the end another fantastic weekend at the Isle of Wight Festival.

Check out the Isle of Wight Festival 2013 photos here