Waking up and starting off Sunday at RockNess like many others – with a handful of after sun. Although, looking around most people could probably do with a few paracetamol and a pint of water.

Fatherson, a Scottish Alt Rock band kicked everything off on the main stage with a slightly smaller but committed crowd. Soothing vocals from Ross Leighton causing girls in the front row to fan girl (actual fanning movements of the hand were seen and squealing was heard). My personal attention was split between the music and the beards but the music eventually prevailed. If you’re interested, their music can be heard via their Bandcamp page here (without the distractions of well groomed beards) http://fathersonuk.bandcamp.com/album/fatherson my personal favourite is “43”but for a more upbeat feel give “Hometown” a listen.

Having been nominated for the BBC’s “sound of 2012” poll and her debut album awarded “iTunes Album of The Year 2012”, Lianne La Havas has been very busy since she came on to the commercial music scene in 2011, and it’s no wonder why. Lianne has such a captivating, gentle voice she was able to tame a tent full of rowdy drunken Scots. When performing she seems to loose herself in the lyrics which only draws the crowd in more. With thought provoking lyrics, spine tingling vocals and a quirky wardrobe, Lianne La Havas is definitely one to keep your eye on this year.

Walking in to the tent Ben Howard was playing in, I was positive I had walked in to a tent of hyperventilating One Direction fans. Filled to the brim of teary eyed, fidgeting females of all ages, actions that were magnified when he came on stage. Ben Howard had a haunting stage set up, hiding amongst shadows on stage, showing everyone he can hold a show with his voice alone and doesn’t need a fancy light show or backing dancers.

Coming out of the tent of Ben Howard and wandering around the main arena the crowd has almost tripled in size since Friday and I have a rough idea as to why. I’ve seen Madness live before and they put on a better show to artists to half their age and yes, there is the whole “experience over age” argument but WHERE do they get their energy from? They know exactly how to please a crowd, using the whole stage, not only interacting with the crowd but interacting with one another for the crowds amusement. They definitely haven’t lost anything over the years (they even still have hairlines to be proud of!). The perfect band for a sunny day at a festival, providing sing along opportunities with their hits such as “Our House” and “Baggy Trousers” suitable for all ages present at the festival, Madness were a joy to photograph and watch live.

It’s now where I get rather emotional and start to evaluate my life choices. At the age of 19 and only a mere month younger than me Madeon took to the stage, blew everyone away while mixing AND controlling his own light show. Having played at major music festivals in New York, California and Miami, playing at Radio 1’s Big Weekend AND supporting Swedish House Mafia, I feel like I need to get off my bum and join him in world domination. Now don’t think because of his age you should expect less from his live sets than other DJ’s on the scene at the moment, if anything, he’s exceeding a lot of them. 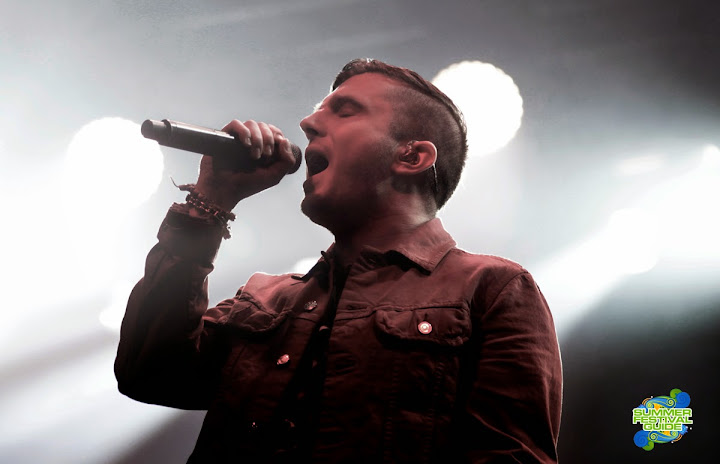 The headlining act and final act of Sunday was Plan B, someone I wouldn’t personally go see live in concert but someone I definitely would pay money to see again. The soulful voice you hear on his songs is just as good as live but sang with so much more character. Plan B put so much energy in to his performance, shifting his voice from soft and soothing to painfully aggressive, he brings something to his live music which I haven’t seen in any of the other acts over the weekend. I was so surprised with this live performance, nothing was half hearted, the band, vocals, lights, the entire energy of the show has definitely left an impression on me. Plan B unquestionably finished RockNess 2013 with a bang.

Buy your tickets for RockNess 2014 now and don’t miss out on the most beautiful festival in the world.