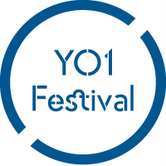 “This is the drunkest I’ve been at a gig for a long time!” The drifting garbles of a wobbly frontman on the rockabilly Please Please You stage may be as off-putting as those hearing it from the queue to get in- particularly if you're not happy with treating the outdoor festival just as an extension of the University of York's out-on-the-lash experience. The heavy influence of the nearby uni- exhibited by the second stage being named after campus music mag Circulation- might be enough to make one fear the day will be packed with struggling student pet projects and their supportive (rowdy) mates. But with such big-name acts as Rudimental and AlunaGeorge, YO1's lineup is a mix of the chart-topping with the uni-bopping. And with the promise of York's first taste of summer sun comes the promise of a diverse crowd; families rub elbows with locals, students and lovers of house, rock and reggae at the one day dance and indie event.

Holding up the baton for pleasant acoustic sentimentality is Bison Coffee Stage starter Travels By Telephone, whose haunting guitar stops short of the mawkish. His guitar sticker, happily proclaiming “you're doing better than you know”, provokes an unorthodox response from an onlooker: Wrong. a) I have syphilis. b) I don't like Talking Heads.

Meanwhile over on the main, Dub Barn Collective's white beards, tans and suits are giving off a distinctively Alabama 3 vibe, while being just as funky. It's a shame their 12pm slot means they can't gather the sort of numbers New York Brass Band draw in. Brass instrumented pop covers of 'Forget You' and a shaky rendition of 'Never Gonna Give You Up' appeal to the wider university crowd, despite the fact that the tartan-clad 7-piece don't capture of the soul of its New Orleans inspired roots.

The ripening summer rays pose an issue for sunbathing enthusiasts, as the lack of an entirely outdoor stage is particularly problematic for The Marzec Group, who find most of their fanbase prefer sitting outside the tented main stage, rather than in its musty depths. Perhaps this is why their usually enlivening multi-instrumentalist performance is somewhat muted.

One cannot be blamed for not trusting a dry day in Yorkshire spring time considering recent snowstorms, but other signs of YO1's greenness come across in its portaloo policies. By 4pm, the portaloo queues would have given the toilet lines racked up at major festivals a run for their money, leaving desperate punters squatting in nearby fields.

Other problems involving YO1's crowd numbers surfaced among the bars, as they were soon experiencing influxes of epic proportions. London's Tusk Wax suffer over on Circulation due to a significant clot; that is, a clot made up of bar goers encroaching upon the less than ample dance space for Tusk's bangin' tunes as the tent can't hold both. And, despite the fact that a £3.60 pint of cider is relatively unheard of in the cheap and cheerful pubs of York, this didn't prevent the good selection from selling out before the evening properly took hold.

Luckily this clears the way for Medlar, whose fast-paced house attracts dancers who begin to monopolise the tent area. However, choices have to be made on where to next move your feet. Fox North Coalition provide a cheery southern American vibe to the festival, with great big hats, crooning and an effective utilisation of a mouth organ. Radio One sweetheart AlunaGeorge pulls such a crowd over on the main that its too difficult to huddle in and hear her sugary sweet tones.

With food running out as well as drink, ducking into the Irie Vibes tent is never a bad idea. The darkening skies give an extra energy boost to Cojo of Bushrock Hifi's set, as the reggae dub begins to transform into ragga jungle. A patter over to main stage headliner Rudimental is a perfect complement, as the relatively new drum and bass collective exhibit the pizazz that drove them to fame so rapidly. Hit “Waiting All Night” cause an uproar but it's “Feel The Love” that add an electric quality to the air.

Once their set has finished at the seemingly early time of 10pm, only the Irie Vibes Soundsystem is of any merit. The sampling of such great artists as Panda Dub a highlight to more disappointing sets over on the other stages, though unfortunately the lack of basic amenities and food stuffs prompts early removal from the festival for many. For a festival in its second year and only just moved to a big site, it's somewhat understandable. However, if YO1 wants to pull in such a crowd next year, more foresight and preparation is essential to allow everyone to enjoy the event to its fullest..