Hyde Park was heaving as the sun shone down on what turned out to be ‘Super Saturday’.

Musical entertainment was provided by Rusty Shackle and The Asps on the Bandstand stage and pop sensations McFly and electronic stars Saint Etienne on the Main Stage amongst others. 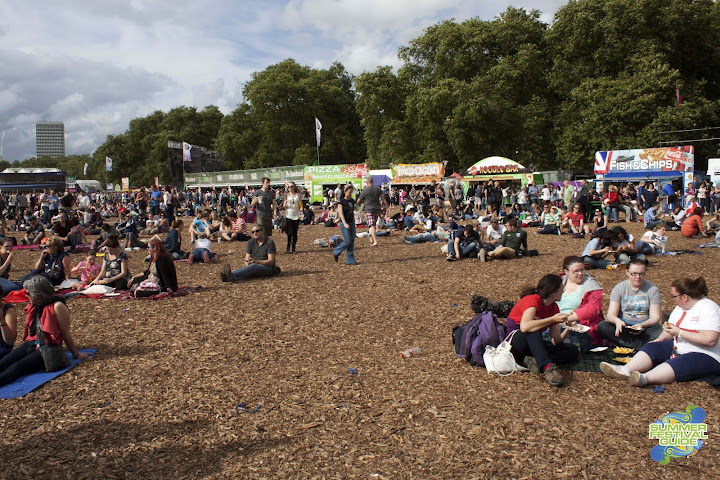 To kick off the live music on the Main Stage, Tenors of Rock entertained the crowd with covers of popular chart songs ‘Price Tag’ by Jessie J, ‘Walk This Way’ by Aerosmith and ‘Grenade’ by Bruno Mars, adding their own quirky rock twist.

Up next were McFly.  They opened their set with ‘Nowhere left to Run’, the boys also played some of their greatest hits including ‘Obviously’, ‘Star Girl’, ‘5 Colours In Her Hair’ and ‘All About You’.  The crowd danced and cheered as they covered two well known British hits, ‘Don’t Stop Me Now’ by Queen and The Beetles hit song ‘Twist and Shout’.  They also performed a cover medley consisting of Bon Jovi’s ‘Livin’ On A Prayer’, One Direction’s ‘What Makes you Beautiful’ and Whitney Houston’s ‘I Wanna Dance With Somebody’.  To round off their performance, they congratulated Team GB and all the athletes on their success and dedicated their single ‘Shine A Light’ to them.   McFly certainly enhanced the ‘Olympic Super Saturday’ atmosphere and left the crowd psyched for the upcoming athletics medals finals.

Between acts the crowd gathered round the Main Stage’s big screen, to witness some of Britain’s proudest Olympic moments so far.  The atmosphere was electric, second only to being at the stadium itself, when Jessica Ennis, Mo Farah and Greg Rutherford all won gold medals within the space of three-quarters of an hour!

To round off the evening, headlining act, British electronica trio, Saint Etienne took to the stage.  The audience enjoyed a late night boogie to a mix of their greatest hits ‘He’s On the Phone’ and ‘Only Love Can Break Your Heart’ along with a selection of material from their latest album ‘Words and Music’, with hits including ‘Tonight’ and ‘I’ve Got Your Music’.  Saint Etienne certainly didn’t disappoint and kept the party atmosphere going right through to the end of the night. 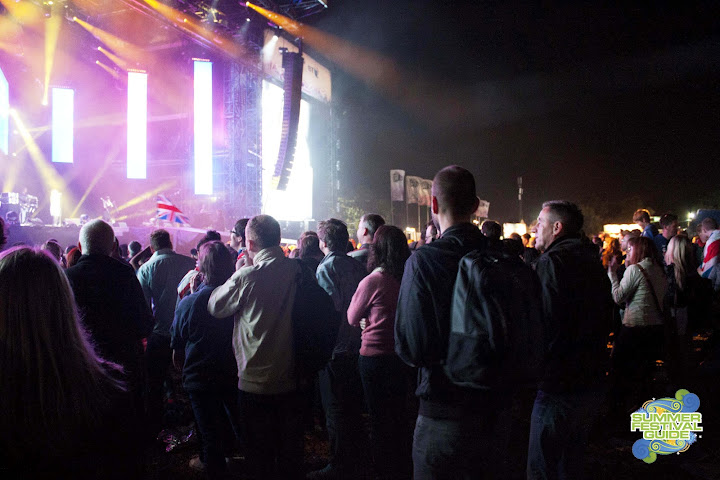 However, a word of warning… there is airport style security on the gates with no food or liquids permitted through the barriers, so you have no choice but to buy in the venue, which can turn out to be very expensive.  Also seating is limited so make sure you take a picnic blanket at the very least.