Renowned as The heavy-weight family festival, any hard-core aficionado would be forgiven if they gave Camp Bestival a wide berth, opting instead for its big brother, Bestival, held on the Isle Of Wight in early September each year. But without question, this is the most superb event for families seeking a delightful break with so much more than great music! And, we were blessed with glorious sunshine and no mud whatsoever – ‘twas pure lushness even without a family in tow… done that one!

As for the children’s entertainment, they had Howard Marks (yes, Mr Nice) telling them stories; I hope he didn’t go too far back in his time vault! Rob Da Bank’s Music Club tent (err, no, he’s actually a DJ and the Bestivals’ creator/operator) was hosting various music and street dance workshops; clearly popular with younger festival goers. There’s a massive Freestyle Sports Park for BMX, skate and boarding with pretty awesome trick demo riders; Silly Olympics; the Dingly Dell trail; Dick & Don… but hang on, I can’t list it all, as their website says: “there’s a staggering array of magical treats with 100s of free things for kids”. 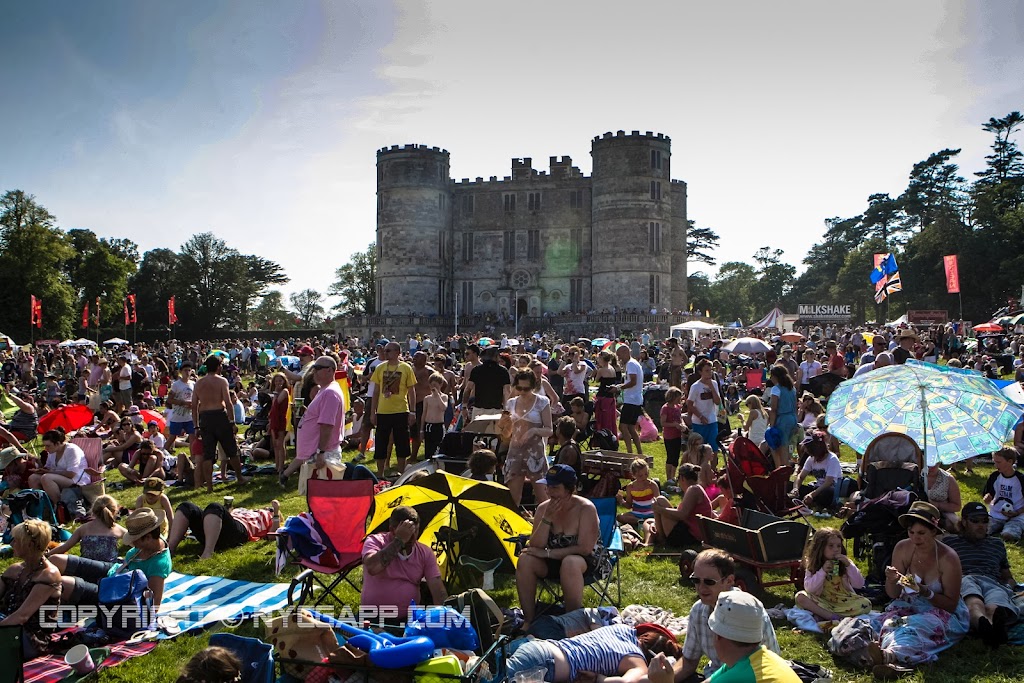 So what about us big kids you may be thinking. Well, you could get wedded in the Big Love Inflatable Church, watch medieval jousting performed by top stunt riders from movies such as Gladiator, see Jimmy Carr on top form, and hear ‘Man of 10,000 Sound Effects’ Michael Winslow in the Big Top. Of course kids can do some of this stuff too, although Jimmy’s set was best avoided by early teens – some looked a little bemused or was it just embarrassment.

Even with such multifarious activities, this laid-back leisurely affair without good music would disappoint. As it turned out the line up wasn’t good, it was eclectically elating; no wonder Camp B attracts so many seasoned visitors.

The Castle Stage hosted a string of quality retro performers satisfying young and old alike. Friday saw Adam Ant in his Dandy Highwayman’s regalia, while Saturday’s funky feast included Earth, Wind & Fire, Kool & The Gang, plus one of the world’s best live bands (IMO and Leo Sayer’s for that matter): Nile Rodgers and his band Chic. They performed a medley of tracks all written by Nile himself, such as Like A Virgin, Let’s Dance, We Are Family, I’m Coming Out, in addition to many Chic classics – the crowd Freaked Out, Everybody Danced and I relived my youth, kinda! 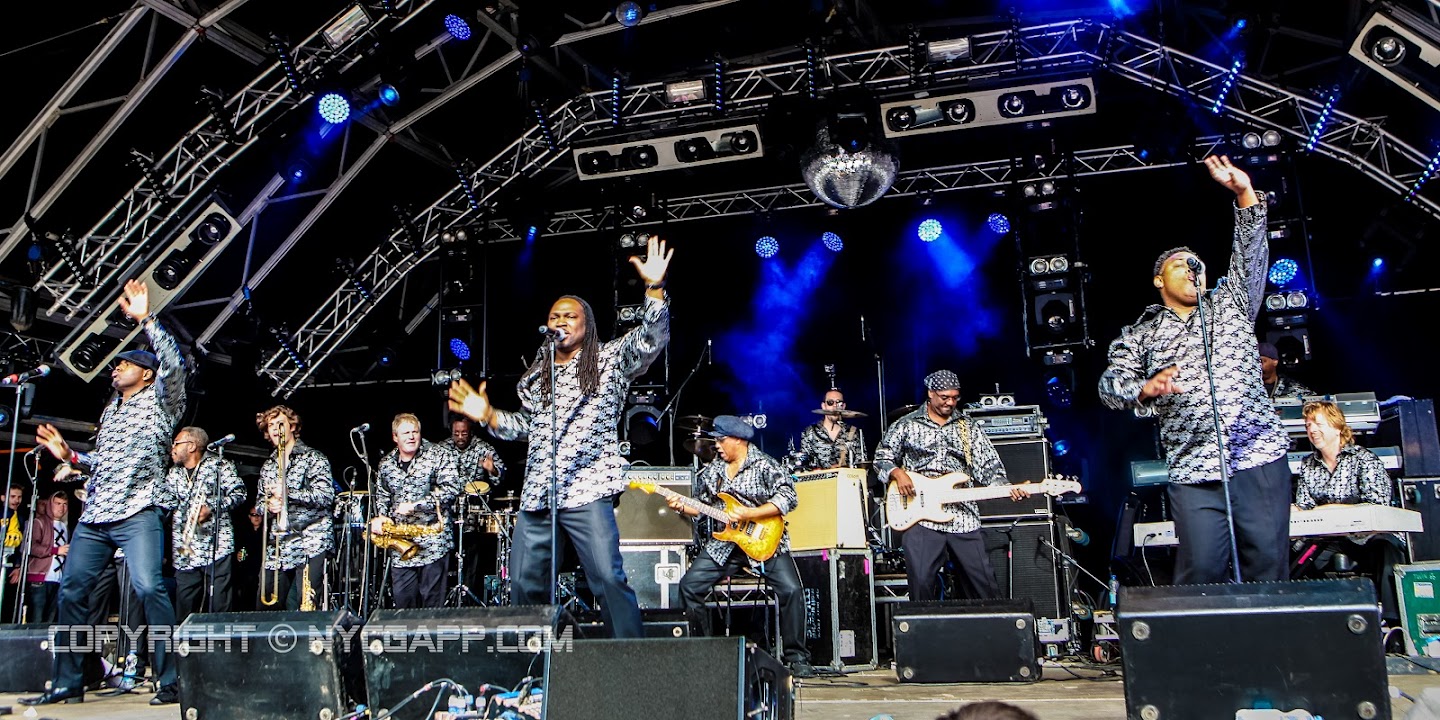 The Cuban Brothers press all the right buttons with their music, Miguel Mantovani’s banter and the most ridiculously impossible dance moves from a young Japanese guy. I say dancing, but it’s more street dance gymnastics performed by a contortionist! I hope somebody captured it on video; I’ll be checking youtube everyday now. The Dub Pistols, another high-energy act never fail to engage the crowd, and I found them riveting as usual. Hot Chip are not to my taste, but they were eagerly devoured by hungry fans.

Rizzle Kicks, Stooshe and Scroobius Pip were lapped up by a younger audience that welcomed any interaction going. Pip ran around the stage and then through the crowd like a man possessed, which he probably is – crazy stuff indeed. Clement Marfo & The Frontline, playing in the Big Top did a similarly rousing job during their late night gathering, albeit with a different style of music and its delivery.  The Bollywood tent was essentially for DJs and dancing. I’m a big fan (and contemporary) of Greg Wilson, who was the first DJ to mix live on British TV and has been spinning the wheels since 1975; basically he’s a legend! LTJ Bukem, Justin Robertson, Netsky and Totally Enormous Extinct Dinosaurs were pretty awesome too. Again the list goes on and there were 8 performance venues, so you can understand this commentary is relatively limited – so check out the CB website for more details.

The grand finale was delivered on Sunday evening by headlining act, The Happy Mondays. Fully reassembled with Mr Maracas (Bez) wooing reminiscent mums and dads with his posy-dance antics while the Madchester gang played 24-hour Party People to the overwhelmed and perhaps over exhausted gathering of 72-hour Besti-people! I can wholeheartedly recommend this festival; plus, if you are lacking offspring – you don’t have to start a family to get in either and you’ll have a great time guaranteed!

To see what my words fail to express, please check out my photographs in the SFG Gallery and here too: www.nycgapp.com

Click here to view photos from this years Camp Bestival