The rain may not have held out for the Olympic Opening Ceremony and concert but the sun definitely made an appearance for the first of the free Olympic concerts in Hyde Park.

The headlining acts scheduled to perform were Welsh singing legend Sir Tom Jones and English singer-songwriter, Newton Falkner.  Unfortunately, due to illness, Sir Tom bowed out last minute, so Pop-Idol winner Will Young, stepped in.  Appearances from rising pop-star Conor Maynard, and smaller and up and coming acts treated thousands of spectators to performances as well.

Not only was the music top quality but it was freely available to the public, and contributed to a fantastic family day out.  Hyde Park was full of food stands ranging from burgers, noodles, to crepes.  In keeping with the Olympics theme, there were stands available for the public to see if they had the nerve, stamina and determination to take part in the BT London Lives’ very own ‘mini Olympics’ with attractions varying from Volleyball, Badminton to a Triathlon!  If sport isn’t your thing, there was also a Cadbury stand, where you could see famous London landmarks being carved from chocolate; a BT Tower were you could preview and play the brand new official London 2012 Xbox game and 3 HUGE screens, that displayed the Olympic events live throughout the day.  Even Gold Olympic medallists, Torville and Dean made an appearance! 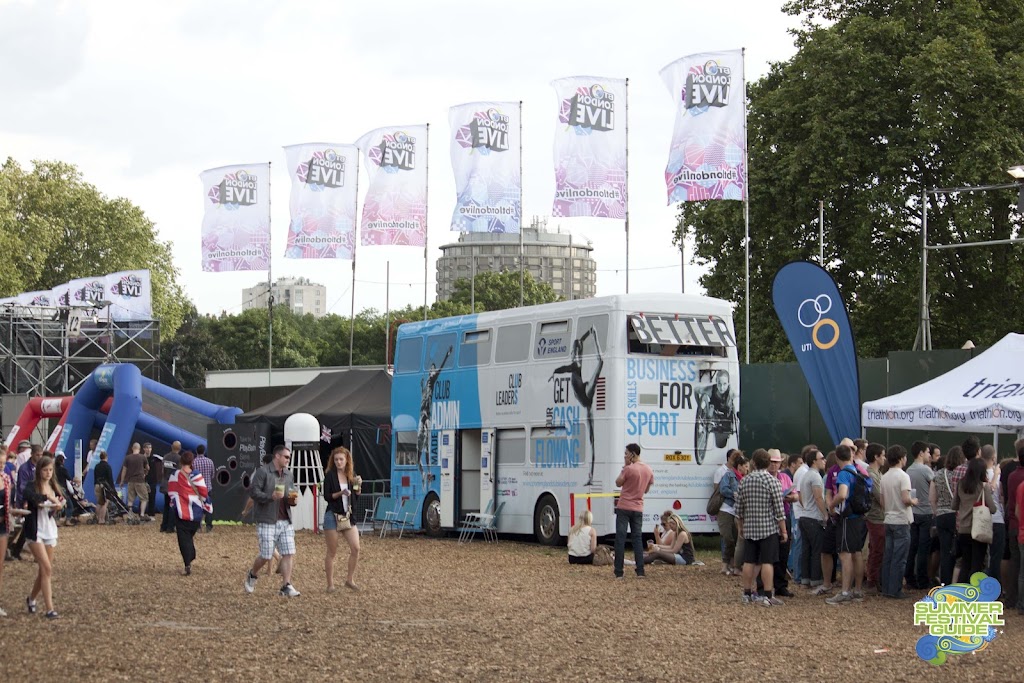 The park housed 3 stages full of music.  The bandstand stage showcased performers like John Wean, who performed while audience could chill, sip iced cold drinks, and enjoy the sunshine too.  The BT Vision stage was home for performers Conor Maynard, Ade Adepitan and Liz Johnson.  The main stage featured Will Young and Newton Falkner.  One tip though, if you are thinking of going along over the coming days take a picnic blanket, as seating is very limited and the ground is covered in wood chip, not conducive to comfortable sitting!

To kick start the music on the main stage, Neil Fox introduced humble hippy, Newton Falkner.  He gave a totally captivating performance and amazed his audience with his ability to play guitar and ‘drum it’ at the same time.  He has a talent for making a large open-air audience off thousands feel like a small intimate venue and enthralling his audience with his ‘one-man band’ show.  His charisma shone through, when he played the theme song from Ice Age and Matilda, guaranteeing that this song could make ‘anyone smile’.  His set included all his well known hits including, ‘Write it on your skin’, ‘Dream Catch Me’ and ‘Clouds’, which he got everyone from the audience to sing a long to.  He also performed a number of covers including an impressive version of ‘Teardrop’ by Massive Attack and Queen’s ‘Bohemian Rhapsody’, which the audience chose over Stevie Wonder’s ‘Superstitious’.

A few hours later Newton Faulkner was followed by Will Young, who was a more than adequate stand-in for Sir Tom Jones.  Any disappointment some members of the audience may have felt, I’m sure were short-lived, as Will Young staged a very entertaining show.  He treated his audience to all his greatest hits that everyone could sing along to including, ‘Changes’, ‘Who am I’, ‘Light my Fire’, ‘Your Game’, ‘Leave Right Now’ and ‘Jealousy’.  Accompanied by a band and backing singers, Young took to the stage like a real showman and delivered an energetic and exciting performance.  During his set, he teased the audience that he had a costume underneath his attire which he would reveal by the end of the show.  Throughout his performance he gradually stripped off, sending the audience crazy and filling Hyde Park full of the screams and cheers to reveal his costume, a vintage style running outfit, to keep with the Olympics and the theme of his video ‘Jealousy’, which he closed his set with.  All I can say is, Will Young is a dark horse and certainly took me by surprise, in terms of live performance. 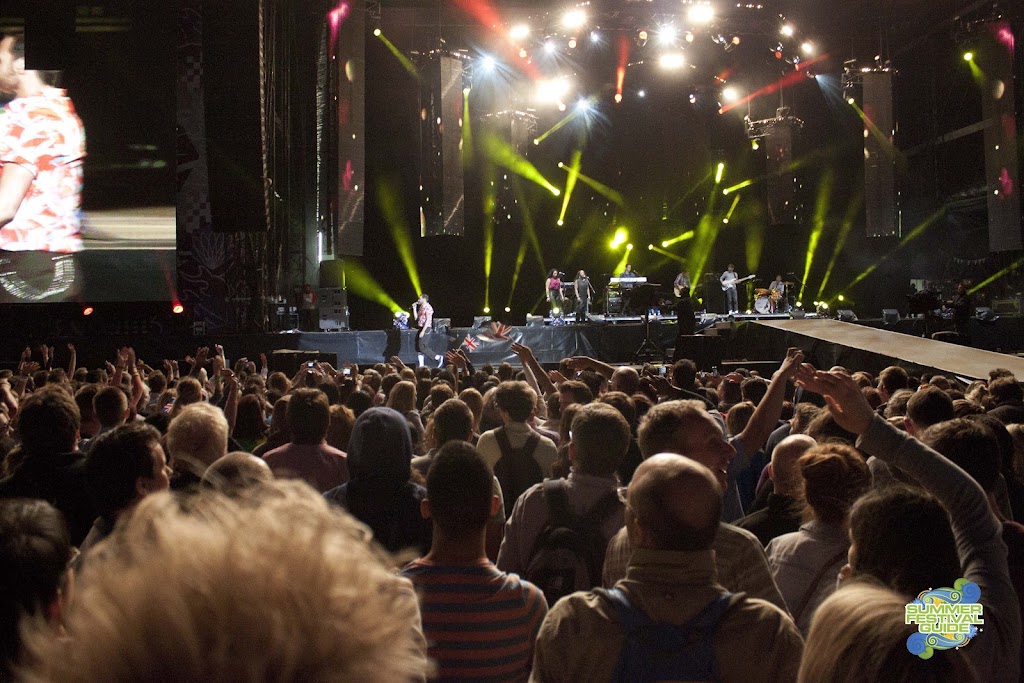 To sum up, I would recommend the BT London Live festival days to anyone looking for a fantastic fun day out to help them get into the Olympic Spirit.  Not only is there plenty to do, but all the live music is FREE, and some of the biggest music acts around are performing at BT London Live throughout the Olympic period.  What more could you ask for?