After a massive Friday night, we were a little lack of sleep but ready to go for what we expected to be another huge day at Global Gathering.  Today sees Chase & Status headline the main arena with Nero, Sub Focus, Ferry Corsten, Above & Beyond, Roni Size and more on the lineup.

Parking up the car park is already much busier than yesterday and the atmosphere is already building.  The Japanese Popstars take to the main stage to belt out a perfect sun blistering set by getting all those still reeling from last night off the grounds and onto their feet.  Luckily there is one nice security guard walking around with a bottle of suncream as this is some of the best weather we have seen all year! 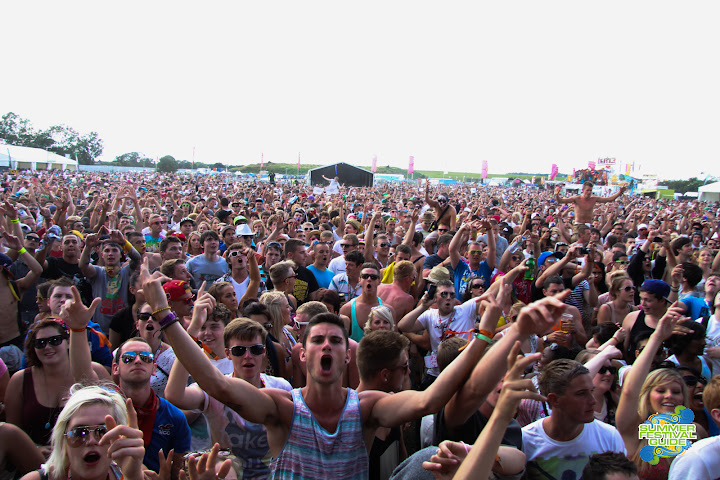 Dj Fresh brought his Fresh / Live show to Global this year, and I was highly impressed.  Running through his hits Hot Right Now, The Power and Louder he had the crowd bopping heads and jumping through for the good part of an hour as the sun continued to pour over the Long Marsden Airfield crowd.
Festival regular Labrinth, complete in a bright yellow jacket to match the weather, was the biggest crowd puller of the afternoon!  A rendition of NWA's Express Yourself was only the begining of what ended up being one of the performances of the day! 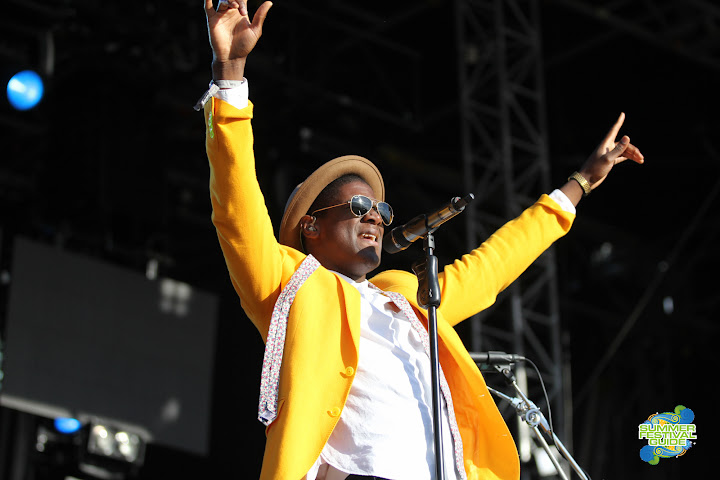 Over in the Hospitality arena, Roni Size performed his Full Cycle Retro Set to Global Gathering.  With security stopping people into the tent for reasons unknown, the outer rims were brimming as they tried to catch a glimpse of the Bristol D&B legend.
Mean while over in the Metropolis arena, BBC's Radio 1 Mistajam managed to get one side of the arena moshing whilst the other was as Mistajam made clear, 'strictly for bouncing'
Main stage headliners Chase & Status along with MC Rage brought their live show to the masses at Global Gathering to close out this years festival.  MC Rage commands the stage by hyping up the crowd to jump and throw their hands in the air, with Saul (Chase) coming out to play guitar on a few select tracks.  As a flair sparks up in the crowd over the clear but cold sky, Chase & Status showcase crowd favourite hits Blind Faith, Time and more.
Trance legends Above & Beyond took control after a stonking set from newcomer Mat Zo over in the Godskitchen arena.  Above & Beyond's trance 2.0 sound as they call it hits the crowd right from the outset.  The tent seemed to pack up with alot of A&B fans in attendance throwing up heart shaped hand gestures to Tony and Jono at every moment. 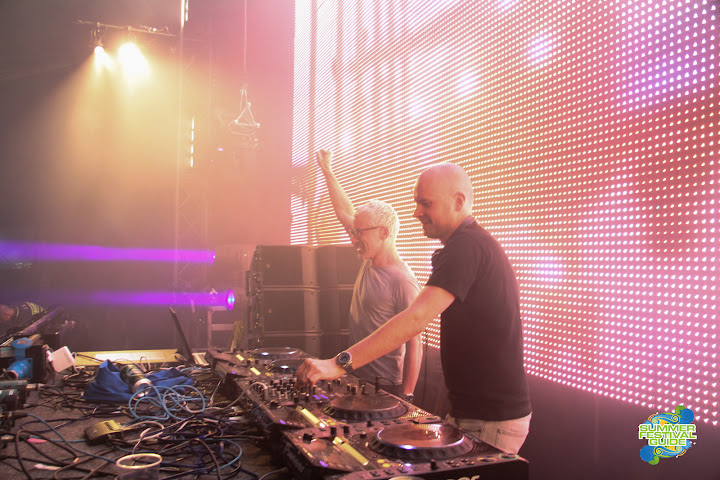 After a long day in the airstrip fields, we leave Global Gathering with a number of great moments that we witnessed over the weekend.  All in all, Global brought another massive and diverse electronic lineup to the 55,000 festivals goers in attendance and we look forward to seeing what 2013 will bring!
Click here to view photos from Saturday @ Global Gathering
FacebookTweet