With an estimated 55,000 in attendance at this years Global Gathering in Shakespears hometown of Stratford-Upon-Avon, this electronic music festival continues to grow year after year and shows no signs of slowing down.

With Tinie Tempah and Chase & Status headlining the main arena through the weekend, Global brings a mixture of electronic genres all together in the Long Marsden Airfield.
As we travelled up from London, we were pretty excited to head to main arena to see Afrojack take to the decks.  The dutch DJ / Producer's popularity has grown immenstley over the past couple of years and he is on most of the biggest festival line-ups all over the world.  His energy behind the decks transcend to the crowd as he puts his hands up in the air and air strums a imaginary keyboards throughout his set.
Tinie Tempah is always a massive drawcard no matter where he is, and at Global Gathering it was no different!  The crowds flocked to see the London rapper bounce his way through tracks from his debut album Disc-Overy.  Complete with fireworks and smoke cannons, tracks like Invincible, Wonderman and Earthquake are just some of the massive hits he has the crowd singing along to.  With his new album Demonstration in the pipeline, Tinie tested some of his new work with the crowd which fully lapped it up. 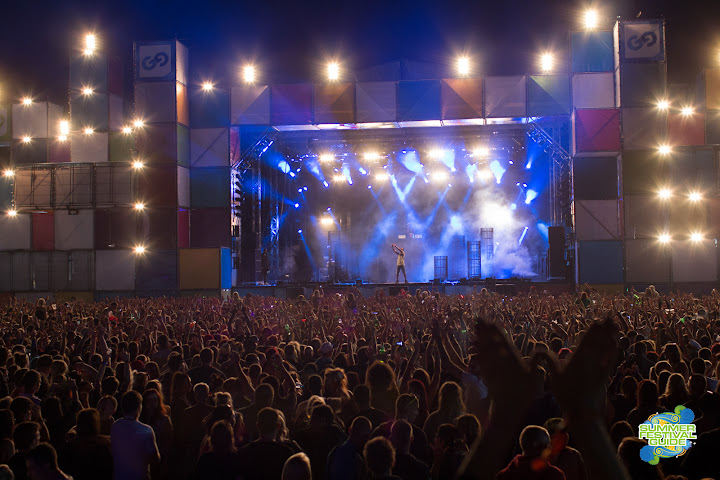 Over in the UKF Bass Culture tent, the popularity of this brand is no surprising as they hosted the biggest tent at this years Global.  With Knife Party, Andy C and headliner Skrillex all on the bill, this tent was rammed from front to back and side to side for the majority of the day.  Skrillex brought his full blown spaceship production to Global and his bass banging tracks closed the arena in spectacular fashion.
ASOT head honcho Armin van Buuren had some of the biggest names in dance music playing in his ASOT arena.  Markus Schulz had the crowd throwing their hands in the air before the man himself Armin Van Buuren sent the crowd on a epic euphoric journey to close out the arena. 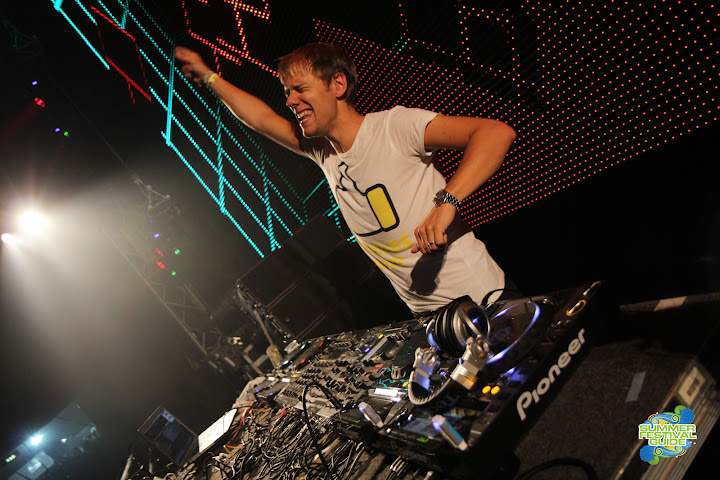 Saturday will see Chase & Status headline the main arena, along with Above & Beyond, Ferry Corsten, Nero, Sub Focus and more playing across the other arenas.
Click here to view Friday photos from Global Gathering
FacebookTweet