So after nearly an 8 hour drive and 420 miles added to the clock, we arrived at a rather pleasant Rockness. The torrential rain of Midlands which had turned Download into a wash out was not present here with the weather being slightly overcast. After finding a space to pitch the tent it was time to make the way into the arenas.

The first couple of hours stayed placid with the Mystery Jets on the main stage slowly building the crowd for the headliners later on, whilst in the GoldenVoice Arena, Wretch 32 with his Grime & Rap hyped up everyone listening for an hour of madness. Golden Boy Ed Sheeran totally stole the show again in the GoldenVoice Arena, packing it out within seconds of starting his very interactive performance, getting everyone to join in and even take over with singing.

The Redbull sound stage playing underground sounds of Drum & Bass and Dubstep, Redbull also had a cocktail bar giving out complementary drinks to Artists and Friends such as Rockberry, Rumbull which of course all contained Redbull.

Mumford and Sons where the last act on the main stage for the evening, drawing a mass of festival goers and played just into the start of Friday night/Saturday morning. 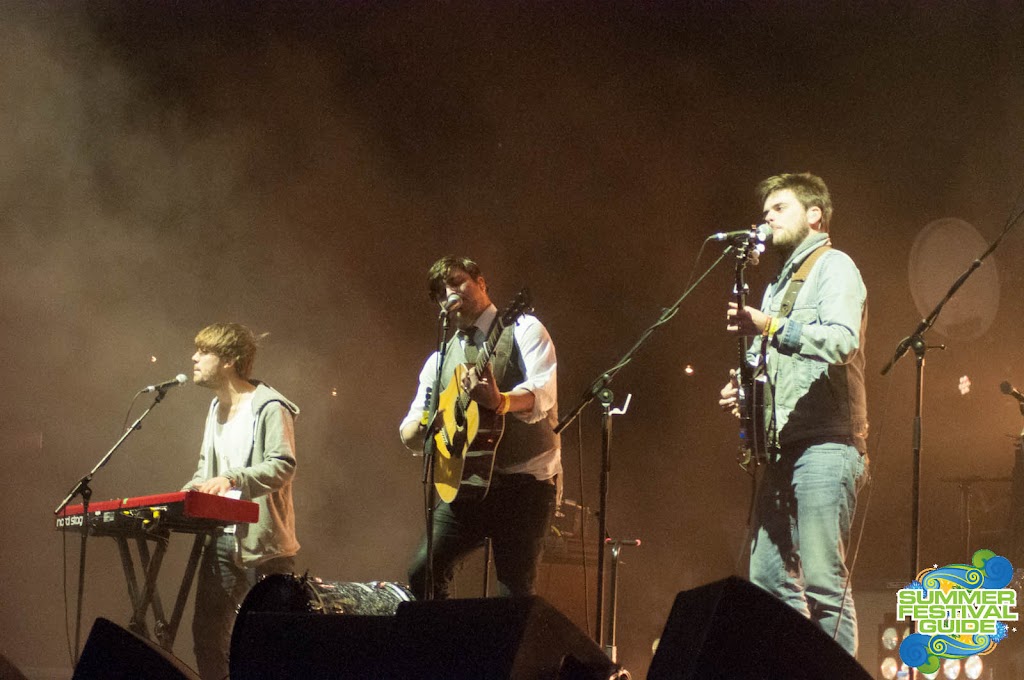 Sub Club Sound system stayed open till gone 3am with the likes of Hudson Mahawke & Eats Everything providing entertainment for the hardcore party people.

Saturday morning started with rain, rain and more rain keeping many people in their tents as long as possible before heading over to the arenas, Miraculously 12 O’clock came and rain stopped for the second day of festival festivities.

The early morning stayed quite with the smaller acts taking to the various stages and tents providing a more chilled out atmosphere.

The first big act of the day was Darren Foreman known better as Beardyman. Looking like an employee directly from a call centre he entertained and at times confused the crowd with his beatboxing skills and with the use of a new looping setup he created an entire DJ set just from his voice.

17 year old Hugo Pierre Leclercq, known by his stage name Madeon also played in the GoldenVoice, His unique twist on Electro and Pop music took allot of people by surprise along with his appearance, looking allot younger than 17.

DeadMau5 or also being talked about by some festival goers as “Dead Mau Five” was defiantly worth the entire day waiting for. He appeared on stage a few minutes before his set, unknown to everyone he was inside a crate that burst open with him inside. Unusually he started without his iconic mau5 head piece on and quickly put this on after a quick hello and wave to everyone.

He set as always was spectacular with lots of visuals including his 900+ full LED mouse head, a very heavy bass which when standing close made it hard to breathe. 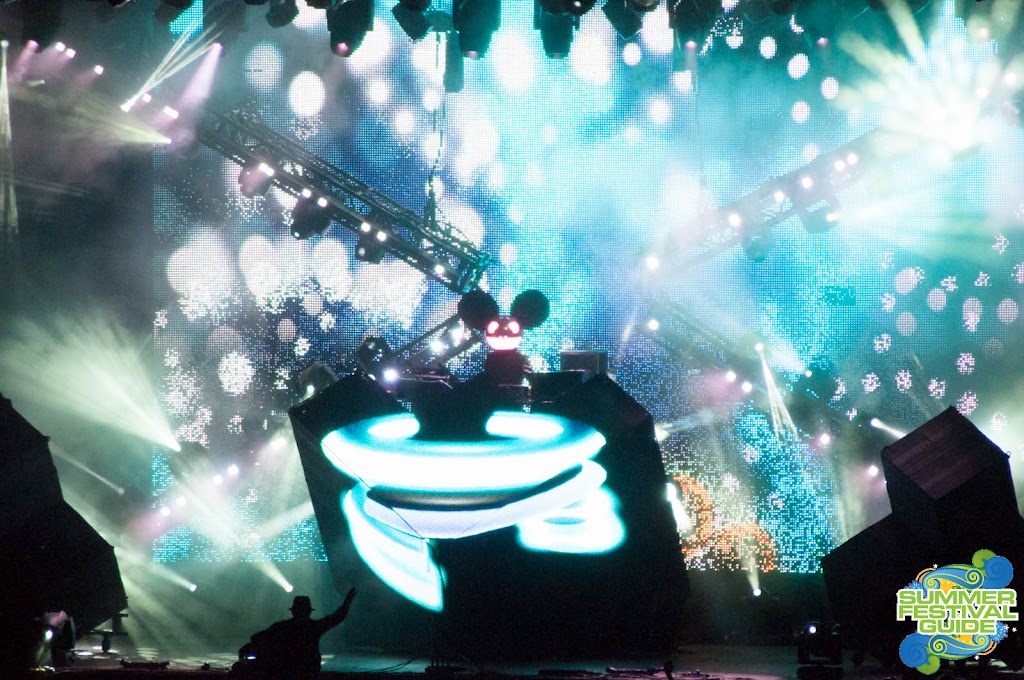 Sunday morning started with news that The View who I managed to miss yesterday would be playing once again, Due to a massive turnout at the small tent (think 10 deep around the outside) their set had to be postponed due to health and safety.

Jakwob kicked off the dance music in the GoldenVoice tent, known for his remixing of mainstream artists such as Ellie Golding and combines elements of Dubstep, electro, ghetto-tech and breakbeat into these. Even though they only had a small crowd they provided lots of noise and used the entire tent to dance.

The Cuban bothers, who I would say where the most unique act of the weekend, played a mix of Soul, Funk and Disco, also throwing in allot of Comedy and Sensational dancing, they really looked like they were having fun and entertaining the crowd too they ended their show by stripping down to “thongs” and playing a musical rocky homage.

Later in the evening a private helicopter landed at the festival which many of the press and reporters thought was Biffy Clyro which in fact turned out to be Knife Party.  Founded by 2 members of the electronic rock band Pendulum, Rob Swire and Gareth McGrillen they packed out the tent before even starting the set, There upbeat mash up of Dubstep & electro styles whipped up everyone into a frenzy with a sea of hands moving in time with the music being the only thing visible in the red glow of the lights.

NME’s and Q’s best live Band, Biffy Clyro provided the finale to weekend of music at Rockness, with an impressive stage setup of huge hanging mirrors, Co2 cannons and pyrotechnics provided a high to end on and showed everyone present to why they are the best live band in the world!

Click here to view photos from Friday at RockNess

Click here to view photos from Saturday at RockNess

Click here to view photos from Sunday at RockNess