So the infamous Camden Crawl had a top Saturday to kick start the festival with Alabama 3, The Big Pink and The Futureheads headlining the bill. The festival is a steal at £65 for the weekend, giving you two days of roaming more than 50 of Camden’s clubs, pubs and other venues enjoying the best in upcoming music. There is something for everyone at the Crawl with karaoke and spoken-word included amongst all the live music performance. 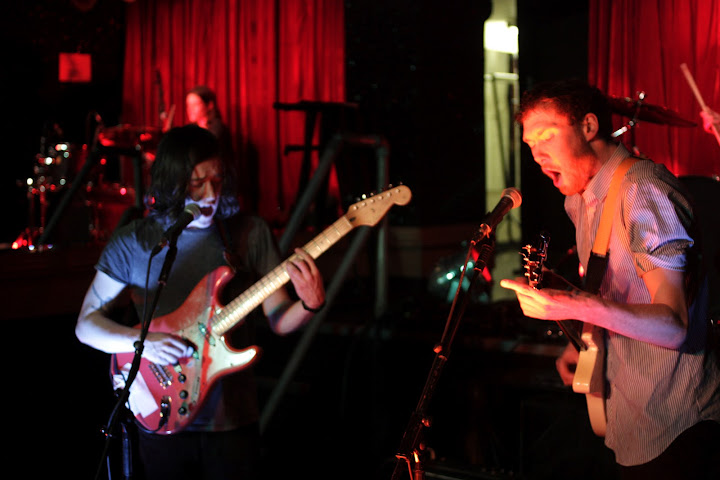 The day kicked off in hardcore style with Bo Ningen giving it their all on the Redbull outdoor stage. The Japanese band played an energetic set ending in an eclipse of schreeching guitars and piercing vocals. Moving on and inside to The Abbey Tavern I was met with a crown packed to the doors for Peace. The Birmingham band played a quality set including debut track ‘BBlood’ and ‘Follow Baby’ which was a highlight. They bring a sound that could be considered new indie, with tracks drawing on bands such as Foals and Friendly Fires. The set was well received and there was a great atmosphere in the intimate venue.

They are certainly one to watch in the next few weeks with a gig at London’s 02 Academy Brixton (May 18th).

Following Peace, Sauna Youth played a small taster set before their 10.15 slot at the Barfly. Cramped into a corner of St Michaels Church the band – despite the loss of their sampler – gave a great performance that would surely tempt people to choose them over some of the bigger names in the late night slot.

Through the day I witnessed some superb new bands perform, with atheist band Hymns expanding their two-piece sound with two band members for performance in the Underworld. Sex Hands at The Black Cap were also a highlight, performing in the early evening, setting the bar for the much anticipated bands of the coming night.

I followed a huge surge of people eager for the headliners into Koko, and the venue was already reaching its capacity. Koko is an incredible venue and definitely stepped up the atmosphere compared to the more intimate venues earlier in the day. The Big Pink stepped out for their second appearance at Camden Crawl, and performed a lively set going hard with their synth-pop/electro-rock style. They pulled out tracks from their latest album ‘Future This’ mixed with Fan favourites like ‘Dominos’ that really flicked the switch on the crowd, and left everyone very excited for the evenings main act. 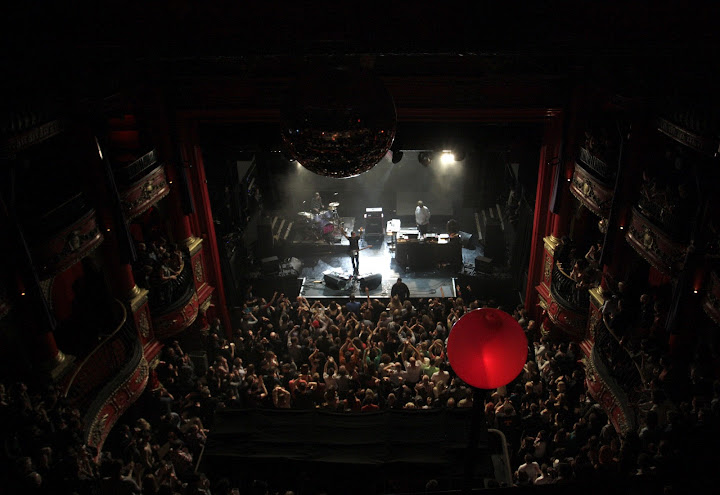 The Futureheads arrived with a purely acoustic set up, and gave an experimental set including more than a few songs performed acapella. They went with the raw style of their new album ‘Rant’, belting out tracks true to their hometown of Sunderland. Their were mixed reactions from the crowd who were met with an unexpected set that frontman Ross Millard explained was different in the wake of ‘Rant’. They ended the set with the most anticipated tune of the evening, their cover of Kate Bush’s ‘Hounds Of Love’. The day ended on a high, and there were too many highlights to count from the Camden Crawl. An all over great day of music, a highly recommended festival if you love music and a good time!