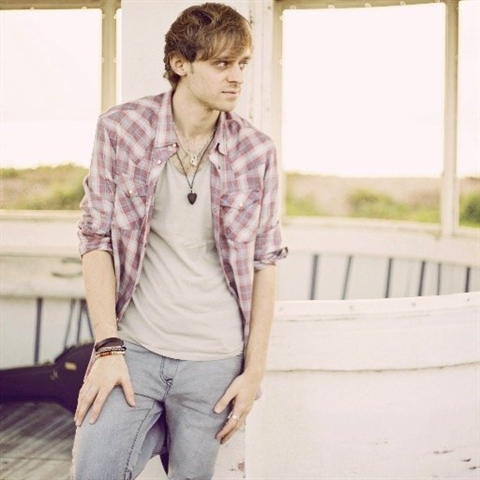 Backstage at Leefest, Ella caught up with Corey Fox-Fardell, who fresh after playing a set on the mainstage was ready to discuss his new musical direction, Brit school and what would have happened if he hadn’t have pursued music.

Ella: So you just played a set on the mainstage, how do you think it went?

Corey: yeah great, quite a few people there, yeah loads of people, people moving, it was like a mad rush before I went on, my drummer said he didn’t have a click in his headphones and I didn’t have a lead, so I had to run backstage to get one, then the stage manager was like you have 30 seconds to get on, and I hadn’t even touched my guitar yet, but I think we got through it.

Well, I was there and I really enjoyed it! So you’ve been playing music for quite a long time, what made you want to be a musician?

I’ve always been playing the guitar, since a young age, I was in school bands and that kind of stuff, then I went and studied music for a couple of years at Brit school.

How did you find Brit school?

It was amazing! It was two years, full-on music, every day, which was great. It was just such an amazing experience and I met so many amazing people, musicians that I still, that come and play with me today. It was a crazy couple of years actually.

Was there a time where you wanted to be anything else?

Yeah actually, I was homeschooled for a couple of years when I was about 13, and in those years I did a lot of guitar playing, but also I really got into magic! I used to love, and still do, Derren Brown, David Blaine, all those magicians, so I started to really want to be a magician, then I really got into filmmaking, and wanted to make films, but then I got into Brit school, and that was a big thing, so if I didn’t get into Brit maybe I would have done film, but that was it- you get into Brit, it’s gotta be music.

You said this is one of the biggest stages you’ve played on,  have you been doing any other festival touring this summer and do you plan to?

Yeah, I did a tour with Hannah Trigwell, early summer; we did a mini UK tour where I was supporting her, I also did a festival a few weeks back in Kent which also had a Neverland theme, so that was a bit confusing!

Maybe there’s something about Kent and Peter Pan!

Are you local to London?

No, actually I live on the south coast. – But I spend so much time in London, so I kind of spend half my time in London and half down there.

I guess if you want to be a musician then you’ve got to spend a lot of time in London!

Yeah, well there’s just so many places to gig there, there’s a lot of stuff happening, it’s exciting. But Brighton’s a real ‘hubby’ place as well, for music.

Do you have a favourite place to play?

Corey: Yeah, at least I used to! I think my sounds changed a lot since then. I used to be a lot more acoustic and folky, so I used to play in smaller venues, there was one venue called the troubadour, that was such an intimate, beautiful venue.

Anywhere in Brighton that you played that you really liked?

How would you describe your sound now?

I describe it as half electronic and half natural, it’s got elements of soul and hip hop. You know, I'm influenced by so many styles of music, but within using those different elements, I try to put my stamp on each track so it feels like me.

Do you have any strong artist influences?

There’s so many, again, if I had to choose maybe one, I used to love Eminem when I was younger, he was my biggest idol. He got me into the lyrics, I used to rap as well.

Really! Would you ever incorporate rap into your new music?

I think that comes through, if you listen to a lot of different styles, you’re able to create your own personal take on everything. Have you got any new music coming out?

Yeah, actually I do have some new music coming out, I’ve been in the studio recording, producing, we’re putting out a new single next month, it’s been a couple of years since I released anything. It hasn’t actually got a release date yet, but it will be out end of August.

Well we’ll definitely be looking forward to that, have fun and enjoy the rest of Leefest,

Yeah, I’m really excited, and I will, thanks!

Corey Fox-Fardell will be releasing new music at the end of August, stay updated with him and his music via his website http://www.coreyfoxfardell.co.uk/