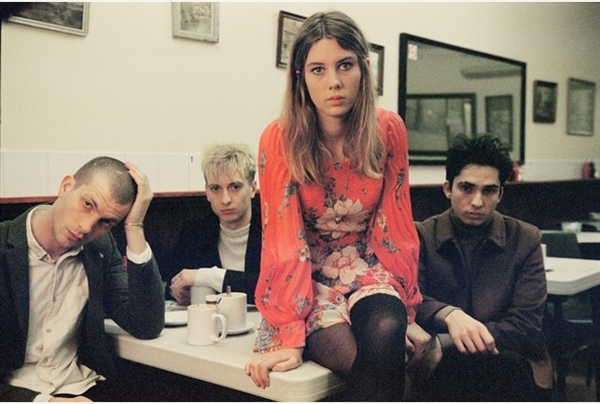 London four-piece, Wolf Alice, have just released their latest E.P, Creature Songs, and are set to return to Nottingham with one of the top slots at this year’s Dot to Dot Festival. Lead vocalist and guitarist, Ellie Roswell tells Ben Jolley why their last Nottingham visit was a “turning point” for the band.

“LAST year’s Dot To Dot was our favourite show of the year. We played at the Bodega, it was the last show of the night and everyone just went crazy. We’d never really experienced that before so it was quite a turning point in our career.”

Wolf Alice singer and guitarist Ellie Roswell is remembering their last visit to Nottingham as she and the London quartet head for Amsterdam in their tour van.

“There’s nothing particularly rock ‘n’ roll about it,” she admits.

The hotly-blogged about guitar band are currently on their own headline tour, which Ellie says is going really well.

“We’ve been very lucky with getting great crowds each evening, and there haven’t been any major hiccups which is a bonus."

“This is our first headline show in a long time, so the crowds are really different from any other time before. Now we’ve put more music out, people know us a bit better and are more willing to jump around, sing-along and have some fun."

“The shows can be a bit rowdy and it seems like this is the first time we’re really experiencing that, which is nice because I think most of our songs are really loud and energetic. They aren’t songs to just be stood still to.”

So how does she describe the Wolf Alice sound?

“I guess its heavy guitar-ridden pop music, maybe?,” she says, before running through their influences."

"We all grew up listening to different styles but there are some things that tie us all together. Joff likes acoustic guitar music, while Joel’s into his punk and Theo was in a metal/hip-hop band for a while. So it’s quite a mix.”

Wolf Alice released the Blush E.P almost six months ago, so what’s been happening since then?

“We’ve just been trying to figure out what to do next and planning to record an album. We feel like we’ve managed to find our feet after we signed a record deal a couple of months ago. We’re waiting until festival season is over to start on the album,” she adds, suggesting an early 2015 release.

“Because we hadn’t put any music out for six months, we wanted to come back with something big, loud and heavy. It started off with just a riff that Joff had played, as he was singing Neil Young’s track, Old Man, thinking it would be a great song to cover. But then we thought we could make it in to our own.”

On their current headline tour, Wolf Alice are joined by Superfood and Gengahr, both of who are also playing Dot To Dot.

Says Ellie: “I think Superfood are one of the better bands out there at the moment and Gengahr have got their own quirky pop thing going on.”