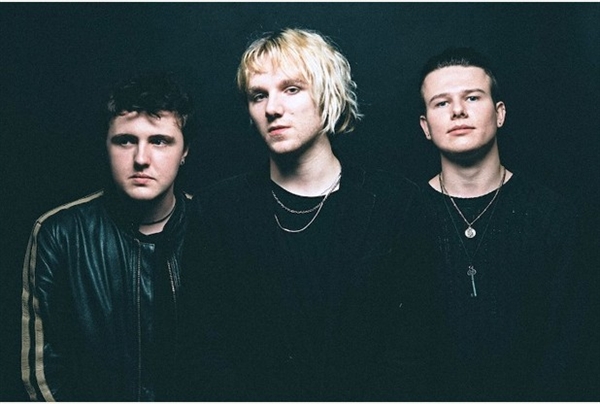 So how did Darlia get together?

"Even as a kid I just wanted to be older so I could start a band and voice my opinion”, says Darlia frontman Nathan Day.

“When I first met Jack, we’d play on and off, and I was trying to convince him that we should start this band. We played some of the songs we play today, but it wasn’t a serious band. I didn’t want to be a 15-year-old kid in a novelty band"

"Jack went to uni and moved away, then I got Dave involved with the songs. We had this drummer at the time that was really bad and had a massive attitude, so it wasn’t really working with him. It got to a point where we were getting record deals so we got rid of him and got Jack back.”

“At the time we were all coming up with words and nothing stuck. Aside from the band, I was really interested with flowers and flower parts and Darlia kept coming up”, Nathan says.

“When we played our first gig we didn’t have a name at all. A girl in the audience handed me a plastic flower, which I kept in my back pocket for months. After we’d finalised on the name, I found it in my pocket and it was a Darlia.”

“When you’re expected to go onstage and just blurt out one of your sets, that can be incredibly easy because people are coming to see what you do best. When you have to learn a completely new song, as well as making it your own, it's like homework. It was massively challenging but extremely fun. It let us prove that we’re not just going to do an inaudible cover and sound pretentious about it. We wanted it to be a good cover and I think it went alright.”

The Blackpool trio have been announced for British Summertime at Hyde Park in July, on the same bill as The Libertines.

“I’ve got a lot of respect for Pete Doherty. I’m glad that we’re even going to be near him,” says Nathan.

They’ve also been added to this year’s Glastonbury line up.

"I’ve never been to a festival before so I guess I’ve got a lot of catching up to do,” he admits.

Nathan says that a crowd can make or break a show.

“Whatever they want to see, they’ve got to make it happen. You can play the most outrageously great show, but if the people there are just stood still… or you could play a flop show, full of mistakes and everyone’s drunk, but as long as the crowd are absolutely having it, it’s great."

And what about an album?

“Now we’ve found the right producer to make the record, we’re about to start recording it. It’ll be released at the end of the year or early next year. We’ve got another E.P, (Dear Diary) coming before that though.”

As seen originally online at: http://www.nottinghampost.com/Dot-Dot-interview-Darlia/story-21114577-detail/story.html