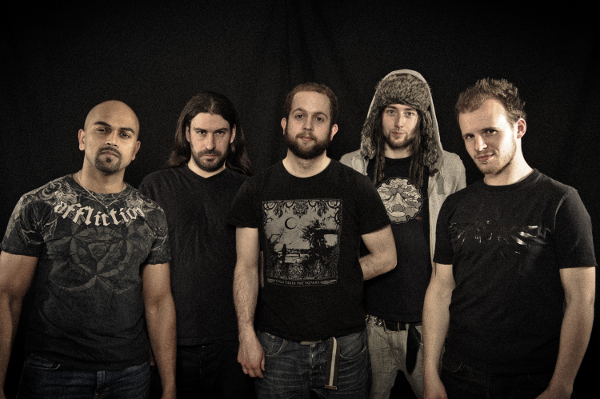 The Summer Festival Guide caught up with Mitch from Karybdis before their performance at this years Bloodstock.  See what they had to say about festivals, and what they have in store for the crowd on the New Blood Stage.

SFG: What was the first thing you did this morning?
Karybdis: Kissed my girlfriend!

SFG: What will be the last thing you do tonight?
Karybdis: Have a shower

SFG: What item do you most regularly put on your festival rider?
Karybdis: Water!! Cold water. If we get a rider at all that is.

SFG: What is the strangest thing you have seen at a festival?
Karybdis: A woman with pink hair on pink stilts walking around clutching an enormous bag of weed chatting to a police officer.

SFG: What is your pre-performance ritual?
Karybdis: Stretches, warm-ups, and we all cross swords and recite the pledge of allegiance.

SFG: What has been your favourite festival of the year so far?
Karybdis: Tech fest was a lot of fun, but I think Bloodstock will be the best!

SFG: What gig are you most looking forward to next?
Karybdis: Bloodstock baby!

SFG: What would be your dream place to play a gig?
Karybdis: Sydney opera house

SFG: Who would you love to tour with?
Karybdis: Me personally? LOG. Chris Adler is the reason I started playing metal 5 years ago.

SFG: To those that don't really know you, sum up the band and what it represents in one sentence
Karybdis: A mixture of melo-death, metalcore and groove metal, with big epic choruses and black dahlia style vocals.

SFG: How did you come up with the name Karybdis?
Karybdis: Thinking about amazing stories – Homers 'Odyssey' came to mind.

SFG: What surprises are the crowd in for this year at Bloodstock?
Karybdis: If we told your they wouldn't be surprises!

SFG: When can we expect the next album and what can you tell the fans about it?
Karybdis: We have just completed a new single, which sounds incredible. We are in a writing stage at the moment, and we are surprising ourselves with the stuff we are writing! We are still shopping around for studios and producers, but once that is decided it won't be long!!

Be sure to catch Karybdis at Bloodstock 2013 on Friday at 4.00pm performing on the New Blood Stage.