Home > Interviews > One For Sorrow Interview 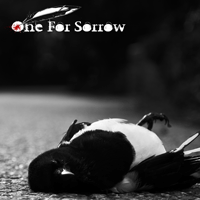 We had the chance to catch up with Jason (guitarist) and Joe (vocals) from metal band One For Sorrow before their first appearance at this years Bloodstock.

SFG: What was the first thing you did this morning?
Jason: Honestly, (after two fags)had a coffee while looking at cymbals online for our drummer Ross, as he hits the f**kers so hard his China now looks like an Apple with a bite out of it. After making a few calls, seems Raza Khan (drum tech for Orange Goblin) might be able to help us out there luckily.
Joe: Took a slash.
SFG: What will be the last thing you do tonight?
Jason: Smoke two fags
Joe:  Not telling
SFG: What's the first thing you put on your festival rider?
Jason: Good strong coffee
Joe: Beer
SFG: What is the strangest thing you have seen at a festival?
Jason: James Hetfield asking legendary drummers in the backstage area of Download, if they wanna play a few tracks with Metallica coz Lars was a no show, they were lined up like excited schoolboys. I was bummed that Lars would not be there, but it made for a very interesting show.
Joe: Shampoo (the twat girl band) at Reading
SFG: Do you have a pre-performance ritual, if so what is it?
Jason: Warm up via jumping and dancing in the most silly way possible to the band who are on before us (in the band area out of view obviously)
Joe: Warm up vocal chords by screaming and think dark thoughts
SFG: What has been your favourite festival of the year so far?
Jason: Bloodstock and its not happened yet!
Joe: Download
SFG: What gig are you most looking forward to next?
Jason: Playing? Bloodstock!!! or Watching? Black Sabbath at the 02 in December!!!, seen em twice with Ozzy, once with Bill Ward and Once with Tommy Clufetos, so can't wait. I saw em once with Ronnie James Dio too and legend that he was, it just wasn't Sabbath without Ozzy.
Joe: Slayer @ Bloodstock
SFG: What would be your dream place to play a gig?
Jason: The LA Forum in the 70's supporting Zeppelin!! so that ain't gonna happen! Download Mainstage or Hellfest Mainstage
Joe: Brixton
SFG: Who would you love to tour with?
Jason: Down or Black Label Society
Joe: Down
SFG: How was the 'Backs to the Wall' EP received by your fans?
Jason: I don't like the word fan, I think its degrading I prefer, Sorrow brothers and sisters, they love it and we are eternally grateful that they get what we're about.
Joe: So far so good
SFG: What can the fans at Bloodstock look forward to for your performance on the New Blood Stage?
Jason: Meat and Potatoes Stoner Groove.Metal you can nod your head to that makes you wanna drink beer. Some of our songs are more Stoner, some of them are more groove metal, some of them have a bit of classic rock feel but we like to bring it all together and can't really be pigeon holed as one genre. Just depends on which set we play, but either way we know you'll be in for a good time.
Joe: A fucking heavy/grooving set of mosh up madness
SFG: To those that don't really know you, sum up the band and what it represents in one sentence.
Jason: Good time old fashioned headbangin jams with big riffs and classic values.
Joe: One For Sorrow is a groove metal band with a lot of different influences coming in from all four members that represents the pleasure and pain, the good times and the bad that life throws at us, all rounded off into the beautiful sound of metal!
You can catch Jason and the rest of One For Sorrow on the New Blood Stage on Saturday at this years Bloodstock!  Check their new video for Into the Woods here:
FacebookTweet