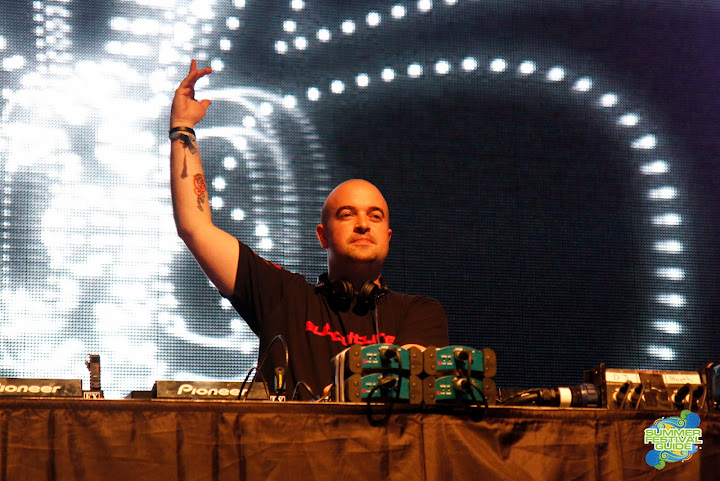 SFG: How are ya John, what’s been happening?

JOC: I’m good, it’s a nice sunny day!  It’s been raining at home so its nice to see its sunny here and hopefully it stays like that.

SFG: It’s a busy weekend for you, today at SW4, then Creamfields tomorrow?

JOC: Yeah we have Creamfields tomorrow but we are driving up tonight.  Going to get there nice and early as its always very enjoyable, and I have been there the last few years.  Its my first time at SW4 so it will be interesting to see the difference in style of festivals.

SFG: Talking about the difference in festivals, what can the crowd expect from your sets today?

JOC: I don’t know yet cause I was at the arena and it was quite empty.  It depends on how many people are there, that will effect what I play so ill find out 2 minutes before 3.

SFG: You play a number of festivals every year, what’s been your highlight so far?

JOC: The best one so far has been Global Gathering in the UK.  It was a great atmosphere, great crowd.  I was playing just as the sun was coming down, there was great trance music and a really good vibe. 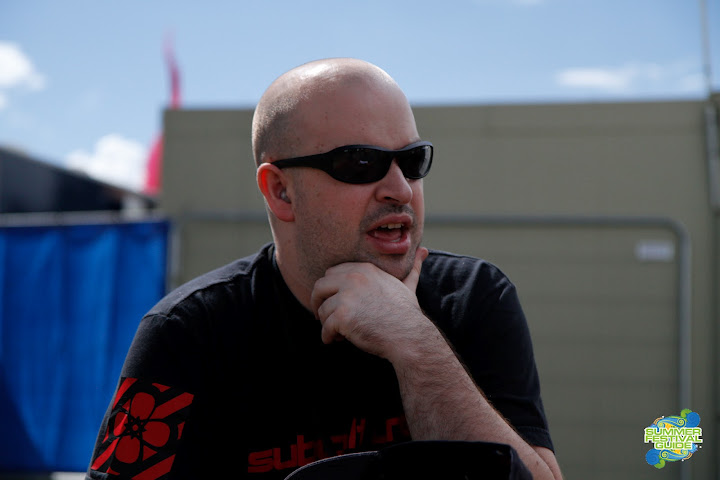 SFG: What are you looking forward to for the rest of the year, anything special coming up?

JOC: I have a track with Aly & Fila, also with Agnelli and Nelson, a remix for Armin Van Buuren and my own vocal single which should be released around October time.  I haven’t given it a name yet, there are still a few tweaks to get it finished.

SFG: Anyone special on the vocals?

SFG: What’s next from your Subculture label?

JOC: The current release is by Chris Metcalfe, a UK producer with a melodic trancer the next release.  There’s also a release from Full Tilt, a progressive house tune with a Jorn Van Deynhoven remix, a really good uplifting vocal trancer.  Armin’s played it on his radio shows, it’s a tune, one of my base tracks, its massive.  Then of course we have my new vocal track, got plenty of stuff coming in but we only do one release a month, only 12 songs a year.

SFG: You have been on the Trance scene for a number of years now, how has your sound evolved from the trance of old times?

JOC: I would say BPM and genre wise it’s pretty much kind of the same. I stuck to trance and still enjoy the trance that I was playing years ago.  I suppose the music itself has developed, I am just playing what’s out there.  There is a lot less tech-trance now.  You know years ago there used to be Katana, Pascal, Marco V and others, remember that stuff?  It seems to have disappeared.  Its either trance or house, no kind of in-between.  I kind of miss that you know, people like Mark Norman and stuff like that, there seems to be a gap and only a couple of people filling it so next year I might look at doing something like that myself.

SFG: If you could play back to back with anyone in the music industry, who would it be?

JOC: At the moment to be honest, some of the best back to back sets I am doing are with Aly & Fila.  We have done it twice so far.  We never discussed it or planned it or talked about it, we just turn up and press play and that seems to work best.  We did it at GodsKitchen and the atmosphere was amazing.  A lot of people there gave us good feedback.  It’s kind of like we are long lost brothers in a way.  We both have the same interests but we are from completely different backgrounds and we do really well on the decks.

SFG: London was home of the Olympics this year, did you manage to catch any of it?

JOC: No didn’t see one thing, only what I have seen in the news or the papers.  I’m busy at home with work and have a little baby so TV comes like 4 down the line.

SFG: We have a SW4 Olympics event we are playing with the artists this year, Rock Paper

JOC: No medal for Ireland *laughs all around*

SFG: It’s been a pleasure John, thanks for your time and we look forward to your set at SW4. 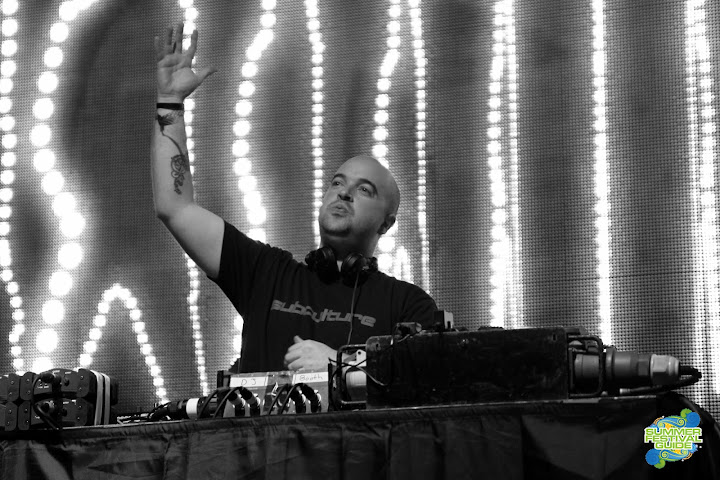