With only six weeks to go until Alt-Fest, we can reveal a raft of new acts across the Metal, Gothic and other stages. 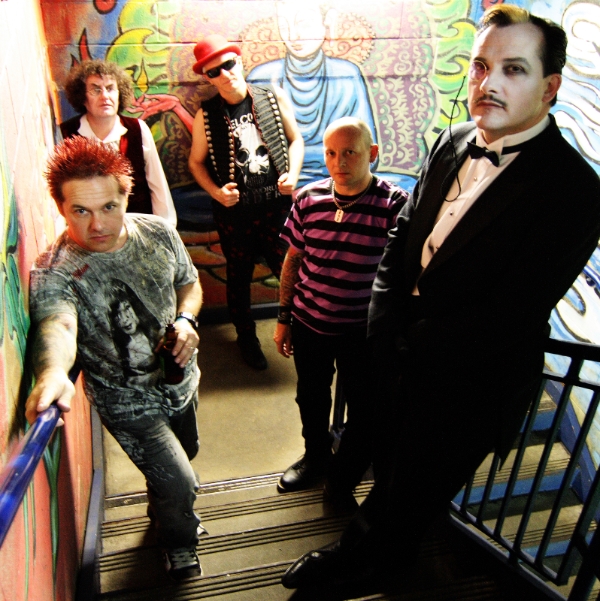 The Damned are now confirmed as the last gothic stage headliner for Alt-Fest, 15-17thAugust at Boughton Estate in Kettering. To reflect the sound of the stage, the band has chosen a special set-list, featuring tracks that have not been played live for many years. More additions come in the form of hardcore punks Dead Kennedys, industrial metallers The Defiled and many more.
With a catalogue that spans, and even helped define, goth, punk, krautrock, psychedelic, garage rock and more, The Damned have something truly special up their sleeves for Alt-Fest. As well as playing a selection of songs from the Phantasmagoria and Black albums, the band will perform a ‘people’s choice’ track to be decided by social media ahead of their gothic stage headline set.

A hearty slab of hardcore punk has been added to the main stage with the confirmation of Dead Kennedys. The San Francisco quartet is awash with underground credibility as one of the first hardcore bands to make waves internationally. They will be a sure fire crowd-pleaser among the tribes gathered for Alt-Fest.

Also confirmed are The Defiled, joining Alt-Fest’s metal stage in a more modern day barrage of industrial metal. Next up are heavyweight quintet Heart of a Coward, Wales’ loudest export Revoker plus Hawk Eyes, who opened for none other than System of a Down in 2013.

Alt-Fest’s gothic stage line-up reaches completion with a UK festival exclusive from 80s gothic, post-punk outfit Theatre of Hate and ambient, experimental German duo Other Day, a UK debut and 2014 exclusive booking. A raucous confirmation comes in the shape of the reformed gothic anarcho-punks Rubella Ballet, whilst She Past Away (UK debut show and festival exclusive) leave their native Turkey for Alt-Fest’s fields. The poetically named cold-wave group Soror Dolorosa and Vienna’s Whispers In The Shadow (UK debut show and festival exclusive) complete the gothic proceedings.

Last but by no means least joining the S.O.P.H.I.E stage are Brighton’s dub-infusing metallers Collisions. 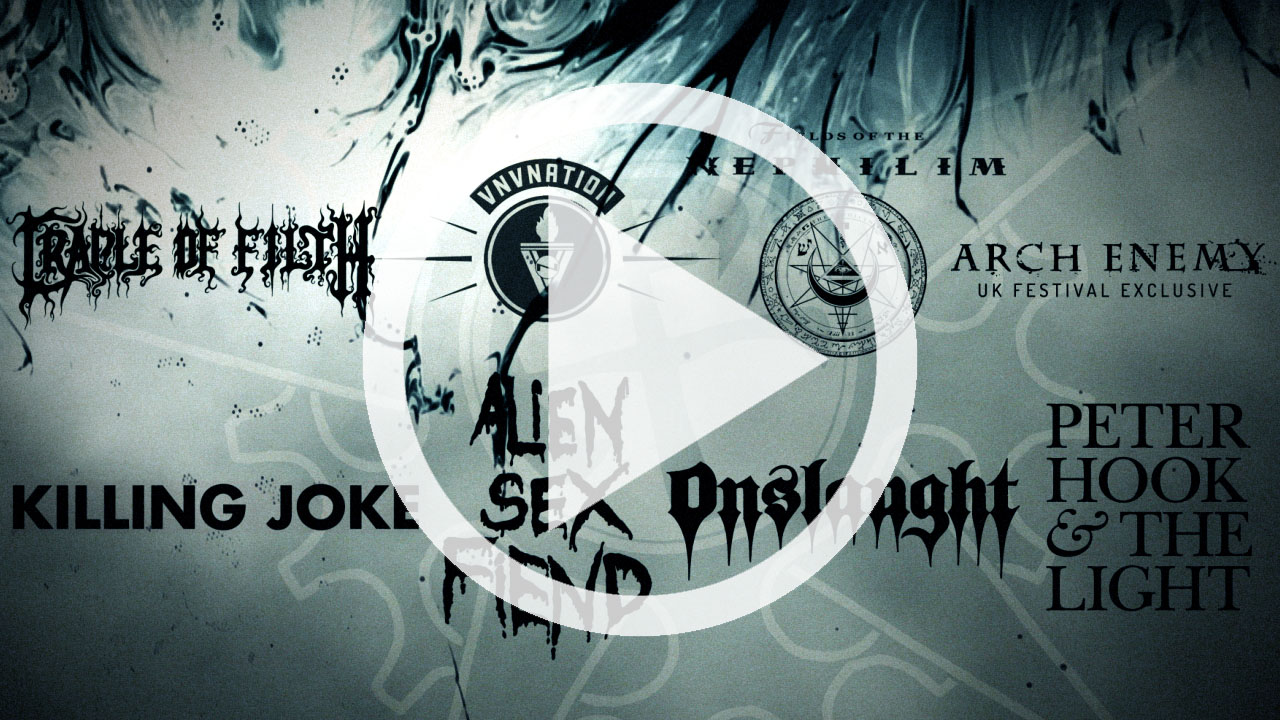 The Summer Festival Guide is pleased to announce to Alt-Fest fans that The Cult will headline the main stage at this years Alt-Fest.

Alt-Fest are celebrating the New Year in style by announcing The Cult, set to appear on Sunday 17th of August as the final headliner for the festival. This is an exclusive UK 2014 performance that will take place over the weekend of 15th – 17th August at Boughton Estate, Kettering. Also confirmed is Gary Numan who has been added to the Saturday main stage line-up, playing alongside recently announced Saturday headliner Marilyn Manson. His booking further solidifies the festival’s promise to deliver alternative bands as requested by the fans.

“It is important to us that we listen to who our customers want to see play at their festival, the fans are in control and we are doing all we can to deliver the bands they asked for. Both The Cult and Gary Numan were heavily requested by fans in our polls. Gary Numan is a big act for us, we've grown up with him and I'm also personally really chuffed that The Cult have confirmed us as their only UK show, it'll be awesome, see you down the front!”

The self-proclaimed ‘God of Fuck’ has been confirmed as the headline act for Alt-Fest – Saturday 16th August 2014.

This will be the band's only UK Festival Performance.

10 albums down, 3 Grammy nominations, a string of past band members, a truck load of covers and more controversy than the devil himself, Marilyn Manson will be delivering a break-neck set alongside already announced acts: Arch Enemy, Killing Joke, Cradle of Filth, Fields of Nephilim and many more.

Organiser Dominic Void commented: ‘We are ecstatic to have booked Marilyn Manson to headline for our 1st year; this means a lot to us and particularly our fans. At Alt-Fest we like to be ground breaking and promised our supporters a massive Christmas day present in the form of a BIG announcement and here it is!’

Alt-Fest is very pleased to announce that the legendary Peter Hook will be joining the line-up of the debut festival in 2014. His band Peter Hook and The Light will perform seminal album ‘Unknown Pleasures’ in its entirety as part of his set. In keeping with the ethos of Alt-Fest, Hook has agreed to open the remainder up to Alt-Fest fans who will be able to decide which tracks he’ll play for the rest of his set. Fans will be able to vote from a selection of Joy Division tracks online via facebook.com/AlternativeFest, with the top six making Hook’s final playlist. Hook commented: "Having played some 200 gigs with The Light now, I've found that the fans all have their own particular favourite tracks which they want to hear live. It's a great idea to throw some of the set list over to the people at Alt-Fest to see what they most want to hear us play. It will be interesting to see what they come back with".

Dominic Void, Alt-Fest Festival Director said: “This is perfect for us! Inviting the people that have paid to come to the festival to have their input in what songs they want to hear is exactly what we’re all about and we’re very grateful to Peter Hook for agreeing to this. We want everyone to have their say on Facebook and urge as many people as possible to get involved!”.

Also added to Alt-Fest’s speaker-blowing line-up are Killing Joke. The post-punk outfit has been back in business for just over 10 years now and is enjoying some of the biggest successes of its careers. Having pioneered a genre, Killing Joke not only boast an ardent fanbase that will travel across the globe to catch a glimpse of their heroes but also a plethora of contemporary alternative bands who cite them as an influence.

In a UK festival exclusive, melodic death metal six-piece Arch Enemy will join the rapidly expanding line-up. The Nordic band, which was formed from the remains of bands including Carnage, Armageddon and Spiritual Beggars, are guaranteed to receive a rapturous response appropriate for their lineage at next summer’s Alt-Fest.

Cradle of Filth (CoF), boasting a career spanning over 20 years, are today confirmed as the latest act for the first ever Alt-Fest, 15th – 17th August 2014 at the Boughton Estate, Kettering. CoF’s latest and tenth studio album, The Manticore and Other Horrors, has been dubbed as their “best album in years” by Metal Hammer. This headline set on the Alt-Fest Metal stage will be a testament to CoF’s status as one of the best extreme metal acts Britain has ever produced, and there is no better time to announce it than at Halloween.

Thrashers and fellow Brits, Malefice have now been added to the Alt-Fest bill as are the reformed Onslaught. The two will be offering up a guitar-shredding slice of fast paced metal.

With a nomination for ‘Best British Newcomer’ in the 2013 Kerrang! Awards, Fearless Vampire Killers are a hotly tipped outfit joining the proceedings at Alt-Fest. Fans of theatrical punk rock are advised to take their stakes and garlic to the front of the stage for this riff-laden show. 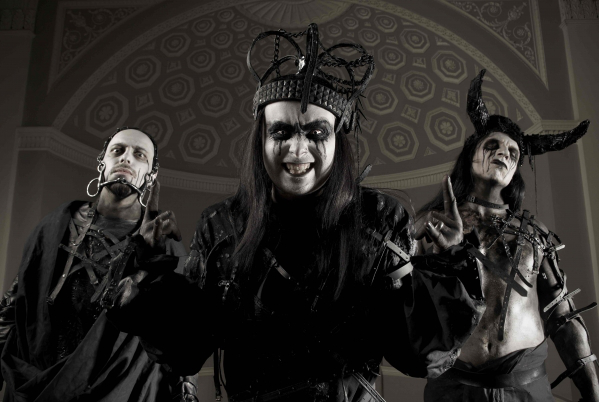 Lastly, but by no means least, ‘fuzz monsters’ Truckfighters, Palm Reader and Steak are set to take to the Alt-Fest stage with amp-busting stoner rock, hardcore and punk.

Super early-bird tickets start from £70 for an adult weekend ticket and can be purchased from alt-fest.com.

Alt-Fest has already caught the attention of both the UK alternative scene and the media through a hugely successful Kickstarter campaign.  The event, a five-day, multiple stage festival covering Alternative, Industrial, Metal, Goths and Steampunk music, lifestyle and more not only reached its target of £30,000 but went on to double the target, receiving over £61,000 from fans via the Kickstarter UK platform. 130 acts across the metal, rock, goth, industrial, steampunk and more genres are now booked with headliners to be revealed soon. Most importantly Alt-Fest, which is operating a strict policy of ‘run by the fans, for the fans’, is engaging their audience in every aspect of the planning process making Alt-Fest not just crowd-funded but also crowd-led.