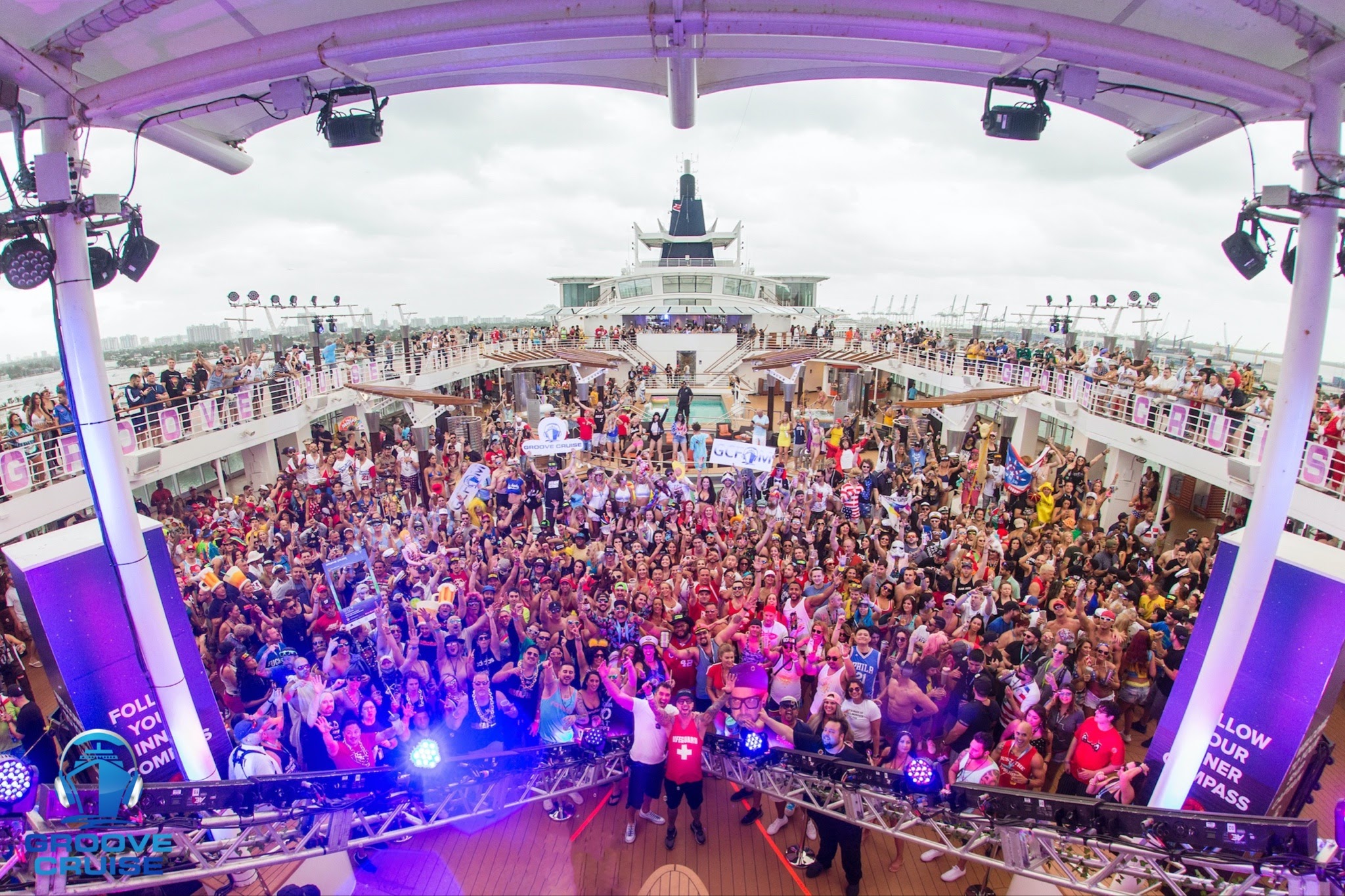 There is plenty to look forward to for Stateside music loves this January as Groove Cruise sets sail once more from the 20th to the 24th.

Ot will be the biggest and best cruise yet with more than 90 international acts on board the ship which itself has had  $120 million in amplified upgrades.

As well as the music there is a wealth of entertainment and food and sport options including VR bungee trampolines, a surf simulator, laser tag, ice skating, a fitness centre and more on board for you to enjoy. In the meantime here are five of the best acts to look forward to.

This musical duo based in Florida consisting of Sophie Hawley-Weld and Tucker Halpern are best known for their tunes like ‘Drinkee’ and ‘Best Friend.’ They are Ultra label mainstays with a broad hue and EDM mix that is never less than his energy.

This trance titan has been on top of his game for many years. He pioneered the genre in the early days and still keeps it fresh now. Big chords, big drums, big energy are what to expect.

Canadian DJ and electronic dance music producer signed with Dim Mak Records since his big breakout Skeleton EP in 2009. He’s a skilled bass and keys man who brings that to his explosive tunes and DJ sets each and every time.

New York City’s Sam Walker & Gavin Royce have been producing their emotive, subdued and groove-heavy house since 2011. They like emotive synths, sub heavy sounds and big grooves that have taken them to high profile sets all round the world.