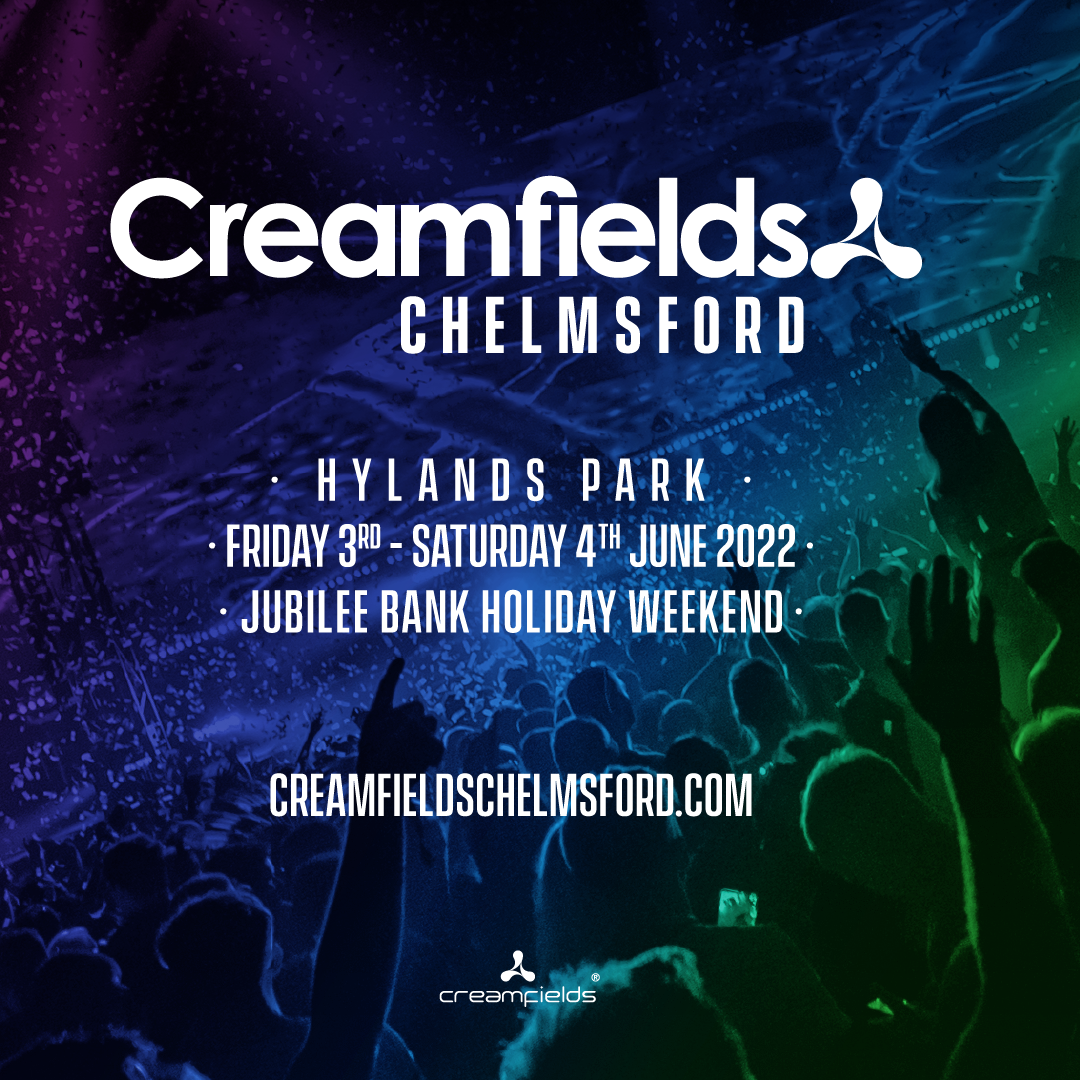 Creamfields one of the world’s biggest electronic promoters have revealed plans for an all-new 50,000 capacity two-day camping festival in 2022 which will see them bring their award-winning festival South, taking over the stunning Grade II listed Hylands Park for Creamfields Chelmsford.

With the iconic Hylands villa as its backdrop, the multi-stage festival will also give fans the chance to experience the colossal 15,000 capacity Steel Yard superstructure is scheduled to take place on Friday 3rd and Saturday 4th June Jubilee Bank Holiday weekend, which has been moved to a four-day weekend next year to celebrate Her Majesty the Queen’s Platinum Jubilee.

The launch of Creamfields Chelmsford is a game changer for the UK festival landscape and coincides with the 25 year celebrations of its award winning sister festival in Daresbury, which is staged annually in the heart of the Cheshire countryside and attracts sell out audiences of 70,000.

Since its inception the UK edition has become one of the biggest electronic music festivals in the world, attracting big name artists including Calvin Harris, Swedish House Mafia, Eric Prydz, Tiësto, deadmau5, Carl Cox, Bicep LIVE, Chase & Status, Pendulum and The Chemical Brothers.  Internationally, Creamfields is one of the few festivals to have successfully established itself on the global market with shows staged in Chile, Abu Dhabi, Ibiza, Malta, Argentina, Peru, Hong Kong and multiple cities across China to name a few.

Creamfields Chelmsford is an exciting new addition to the UK Festival calendar and for fans in particular who can expect an all-star line-up of dance music heavyweights to be announced.