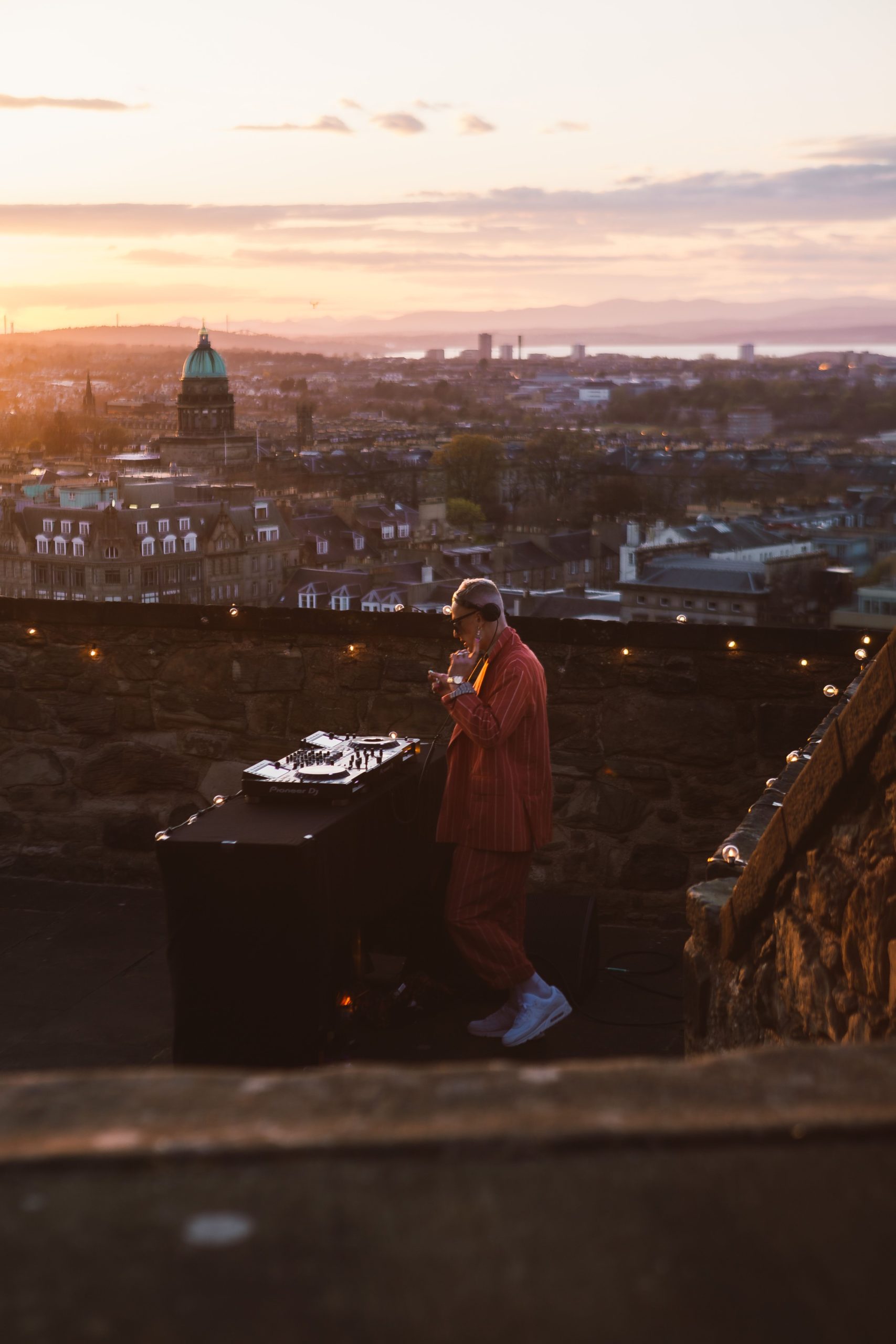 Scottish DJ and producer, dancefloor juggernaut, global talisman, Denis Sulta is set to stream an exclusive, epic DJ set from the ramparts of Edinburgh Castle. Performing from the iconic Western Defences of Edinburgh Castle, at sunset, the former Radio 1 Resident will bang out an hour-long set, streamed without charge to a global audience via Beatport’s Twitch Channel as well as YouTube via FLY TV, Fly Open Air Facebook & Denis Sulta’s Facebook at 7PM BST on Friday 14th May 2021.

The exclusive performance, Sulta’s first in 18 months, is set to reach a global audience of electronic music fans, as FLY teams up Beatport and a selection of the biggest promoters across the world who will amplify what is set to be an iconic performance, placing Scotland’s incredible dance scene firmly on the map. Promoters confirmed to share the stream internationally include: Super (France), Untitled Group i.e. Beyond The Valley, Pitch, Grape Vine (Australia), Shine (Northern Ireland), Club Space (US) and Guendalina, Pyrex Arena (Italy) – with others to be announced.

Scottish artist Denis Sulta is known and adored by legions of dance music fans across the world, both for his unique, vivacious sound and his flamboyant style. Having developed his synonymous sound and style performing in his native Glasgow and across Scotland, Sulta now regularly packs dancefloors at some of the world’s biggest and best clubs and festivals including; Pukkelpop, Kappa Futur, Timewarp, Circoloco and Reading & Leeds. The artist’s one-off streamed performance comes in the slot of what should have been FLY Open Air’s 2021 Hopetoun House Festival this month, but will now see Sulta play an hour-long set, including a joyous, upbeat mix of new, exclusive and timeless tracks, all from the magical setting of Edinburgh Castle as the sun goes down and the party starts – for free.

The exclusive performance is produced by Scotland’s largest youth music brand FLY with support from EventScotland, part of VisitScotland’s Events Directorate. The new partnership offers Sulta’s legions of fans across the world an incredible opportunity to experience what promises to be a truly unforgettable set but which also champions and supports Scotland’s incredible dance music scene. FLY have supported Sulta from the beginning of his career, performing as part of their weekly club nights in Edinburgh, through to headlining their biggest festivals, including the FLY Open Air sell-out in 2018 at Hopetoun House and 2019 Edinburgh’s Princes Street Gardens to now, streaming to the world from a UNESCO World Heritage Site.

Denis Sulta said: “The idea of playing at Edinburgh Castle came about early 2020, a long summer of dreaming and a lot of practicing in the hope that just MAYBE the dream might come true, and now it’s finally came to fruition. I can’t believe we pulled this one off. I can now say I’ve contributed to the most iconic landmark in my Scottish upbringing. An absolute mind-blowing moment. Thank you to all involved and here’s to whatever’s beyond those castle walls!”

Fergus Myer, Head of Music & Programming – FLY Events: “To be given the keys to Edinburgh Castle for any occasion is a once in a lifetime opportunity. Hector (aka Denis Sulta) started playing hip-hop in FLY’s Room 2, so to have now filmed a stream with him at one of the world’s most iconic locations, epitomises the success and heights our pathway provides for our homegrown Scottish residents team. With the likes of La La, Liam Doc, Barry Can’t Swim, LF SYSTEM, Seren Seo & many more new exciting artists coming through our ranks, it’s an incredibly exciting time for FLY as we continue to break the boundaries of the dance music landscape.”

Paul Bush OBE, Director of Events at VisitScotland: “EventScotland is delighted to be supporting FLY Live and Direct, through Scotland’s Events Recovery Fund. It’s fantastic to see that the team at FLY have organised an ambitious online event, that celebrates the vibrancy of Scotland’s dance music scene digitally, against the iconic setting of Edinburgh Castle. Through embracing technology and innovation, audiences around the globe will be able to enjoy this fantastic performance from one of the country’s leading DJ’s from the comfort of their own homes.”

Produced by Ground Level Up, the performance which has been pre-recorded will be streamed at 7PM BST on Friday 14th May 2021 via Beatport’s Twitch Channel, FLY’s YouTube Channel FLY TV,FLY Open air Facebook & Denis Sulta’s Facebook.