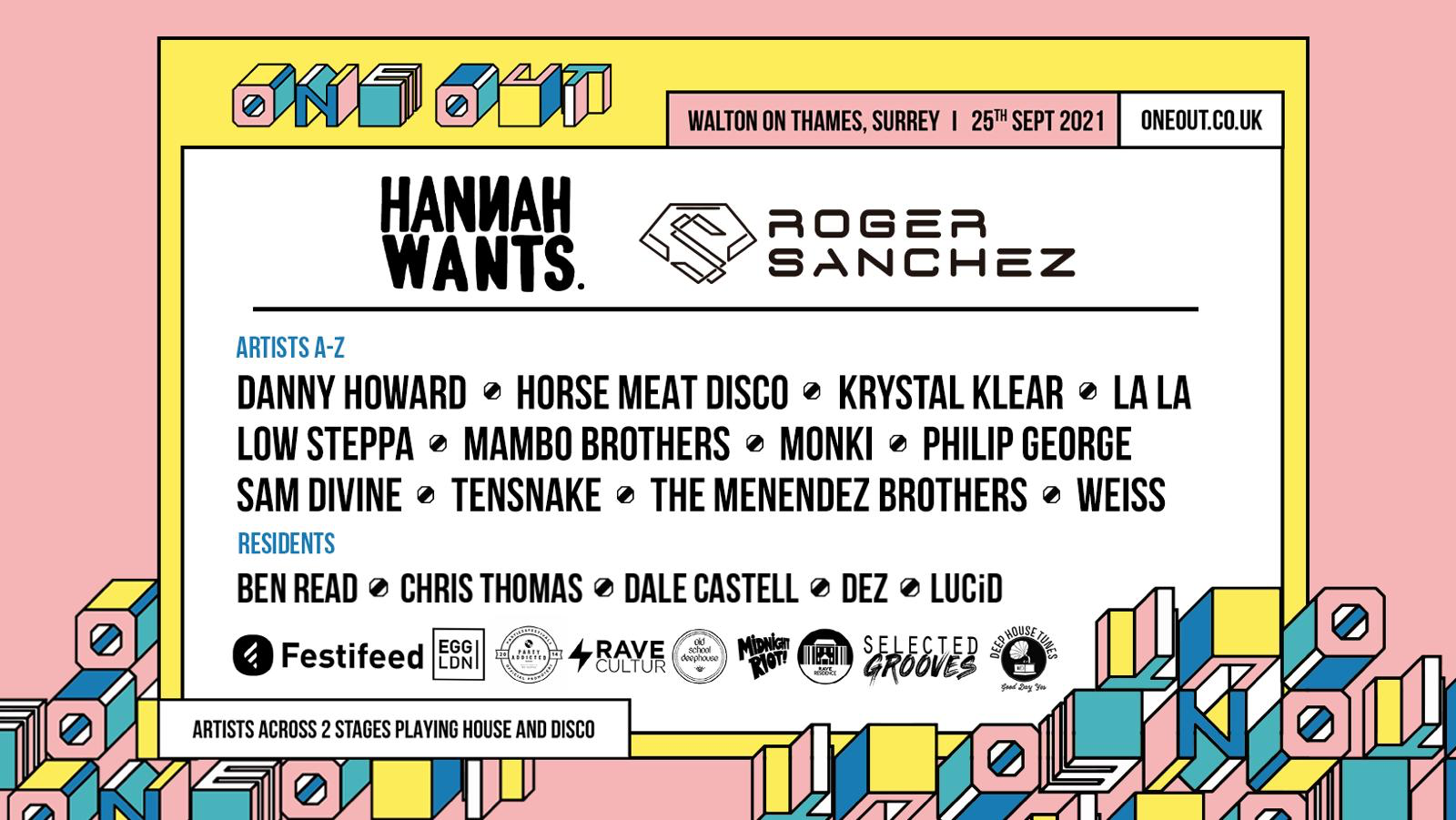 One Out Festival’s long and hugely anticipated debut is fast approaching, and already over 80% of tickets are sold out for the event on September 25th 2021. It is to play out over two fantastically imaginative and magically designed stages nestled amongst the lush green landscapes and the snaking Thames River at Apps Court Farm in the heart of Surrey. The world-renowned guests set to provide the soundtrack are Roger Sanchez, Hannah Wants, Danny Howard, Tensnake, Horse Meat Disco, Krystal Klear, La La, Monki, Sam Divine, Low Steppa, Philip George, Mambo Brothers, Weiss and The Menendez Brothers as well as red hot residents. Book group, single or VIP tickets now before the last few sell out at https://www.oneout.co.uk/book-now.

The glorious setting for this majestic musical gathering is Apps Court Farm in Surrey. It is set over the 86 acres of the naturalist English countryside with rolling greenery, hidden lakes and a beautifully organic and escapist feel, despite being just 35 minutes from London. What stands One Out apart is the fact it is a festival curated by music lovers, for music lovers. The focus is on making a welcoming and friendly atmosphere where devoted dancers and sonic enthusiasts all come together in ancient forests and with the glistening River Thames streaming past nearby.

Sure to become known for a lavish devotion to the details, One Out Festival promises to pour everything into stage designs, production, light, visuals and of course the all-important sound systems that will power the whole day. As such, a carefully curated soundtrack will play out over a house music Main Stage and a colourful Disco Big Top with plenty of hi-tech trimmings.

The first headliner is none other than New York legend Roger Sanchez, who has helped shape the underground sound for decades on vital labels like Strictly Rhythm, his own Stealth and Ministry of Sound. For those who like bass-heavy house that really bangs, look no further than Hannah Wants, while Krystal Klear is a fellow contemporary trendsetter and hitmaker who runs the label Cold Tonic and has released on Running Back and Madtech. Horse Meat Disco are one of the most colourful and celebrated party outfits in the UK and for good reason – they really know how to bring the heat with all shades of emotive house and disco.

Then there is Nothing Else Matters boss and Radio 1 tastemaker Danny Howard who always brings every style of house, and the legendary disco don Tensnake, who single-handedly reinvigorated the genre and continually turns out huge hits on labels like Defected and True Romance. On top of that come Defected associate and high energy selector Sam Divine, hit-making bass, house and garage outfit Low Steppa, Glasgow’s rising star La La as well as Mambo Brothers, Weiss, Philip George, The Menendez Brothers and residents Ben Read, Chris Thomas, Dale Castell, DEZ and LUCiD all serving up tasteful party soundtracks that will help ensure One Out Festival makes an indelible mark on its much talked about debut.

One Out Festival is set to be a much-needed opportunity to come together as one with fellow members of the dance music community and celebrate like there is no tomorrow.

Get your hands on tickets here before they all go: https://www.oneout.co.uk/book-now