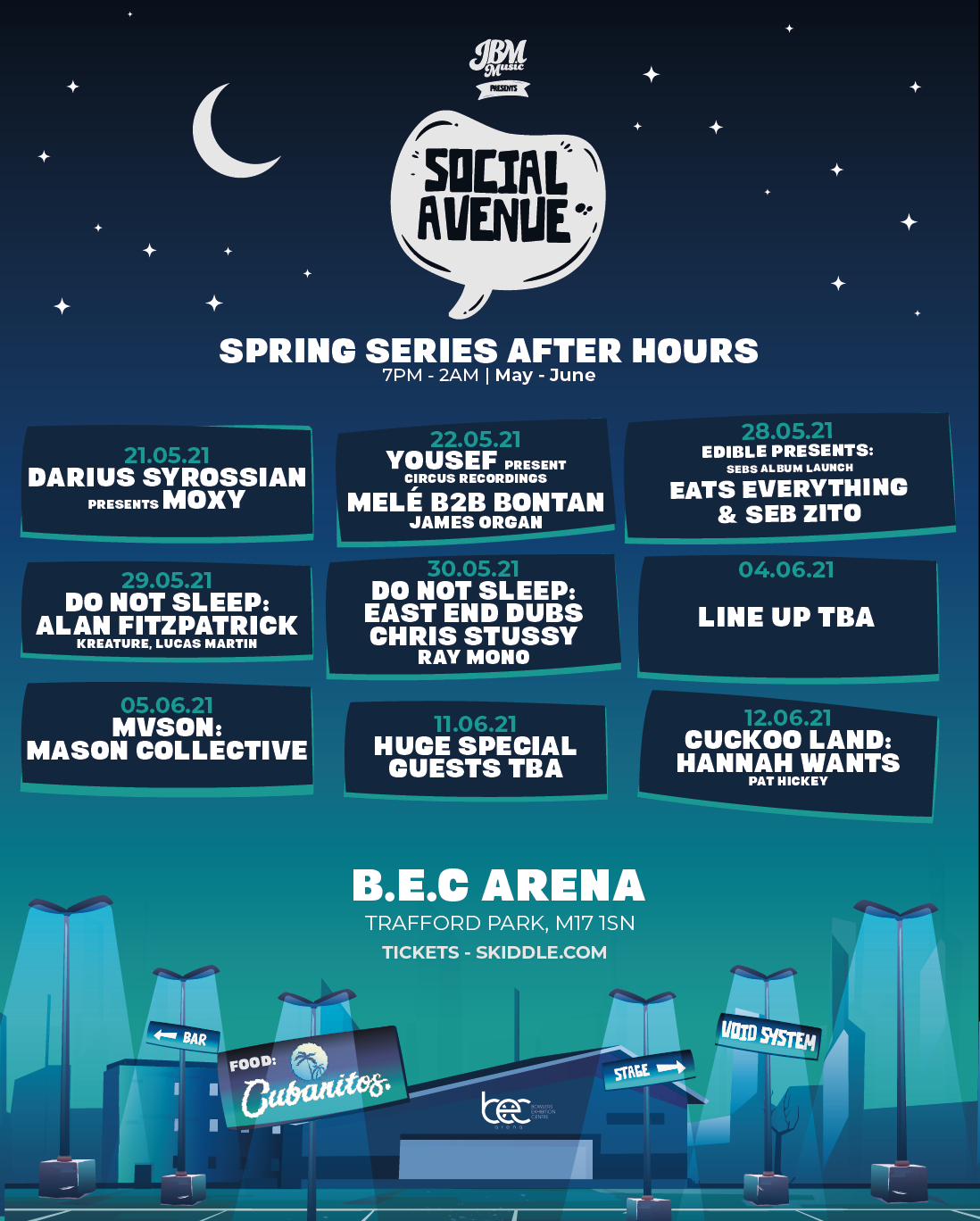 Events in Manchester include Solardo, Patrick Topping, Circus, Moxy Muzik, Edible and Do Not Sleep.

Due to the phenomenal demand for this year’s Social Avenue series, the team now announce a much anticipated spring after hours series at Manchester’s BEC Arena. Events run from May 21st and take in world beating house, tech and techno DJs such as Darius Syrossian, Eats Everything, Seb Zito, East End Dubs, Chris Stussy, Hannah Wants, MVSON, Mele B2B Bontan and Alan Fitzpatrick & Kreature. Tickets are on sale now, sign up HERE  bit.ly/SocialAvenue2021

Last year, JBM Music Event’s Social Avenue managed to pull off some real magic by hosting sold out, COVID secure parties throughout Summer and Autumn in Manchester. Now they put all their know how into another vital series that brings the same world class DJs and brands to the BEC Arena. It is a large scale setting and perfect canvas for Social Avenue to transform it into a real party haven with mesmeric lights, visuals and sounds.

This means house and tech lovers have plenty to get excited about with a carefully curated series of classy events starting on May 1st when Darius Syrossian Presents Moxy Muzik. 22nd May is Yousef Presents Circus Recordings with Mele B2B Bontan & James Organ, 28th May us when Edible Presents: Eats Everything B2B Seb Zito for the FUSE mans album launch, while Do Not Sleep take over on May 29th and 30th with Alan Fitzpatrick & Kreature, then East End Dubs, Chris Stussy & Ray Mono. In June,  MVSON play the 5th, and Cuckoo Land with bass house queen Hannah Wants is on the 12th, plus more to be announced.

This is a very special series that is sure to sell out in quick time, so move fast to get your tickets from bit.ly/SocialAvenue2021

29th May – Do Not Sleep W/ Alan Fitzpatrick & Kreature