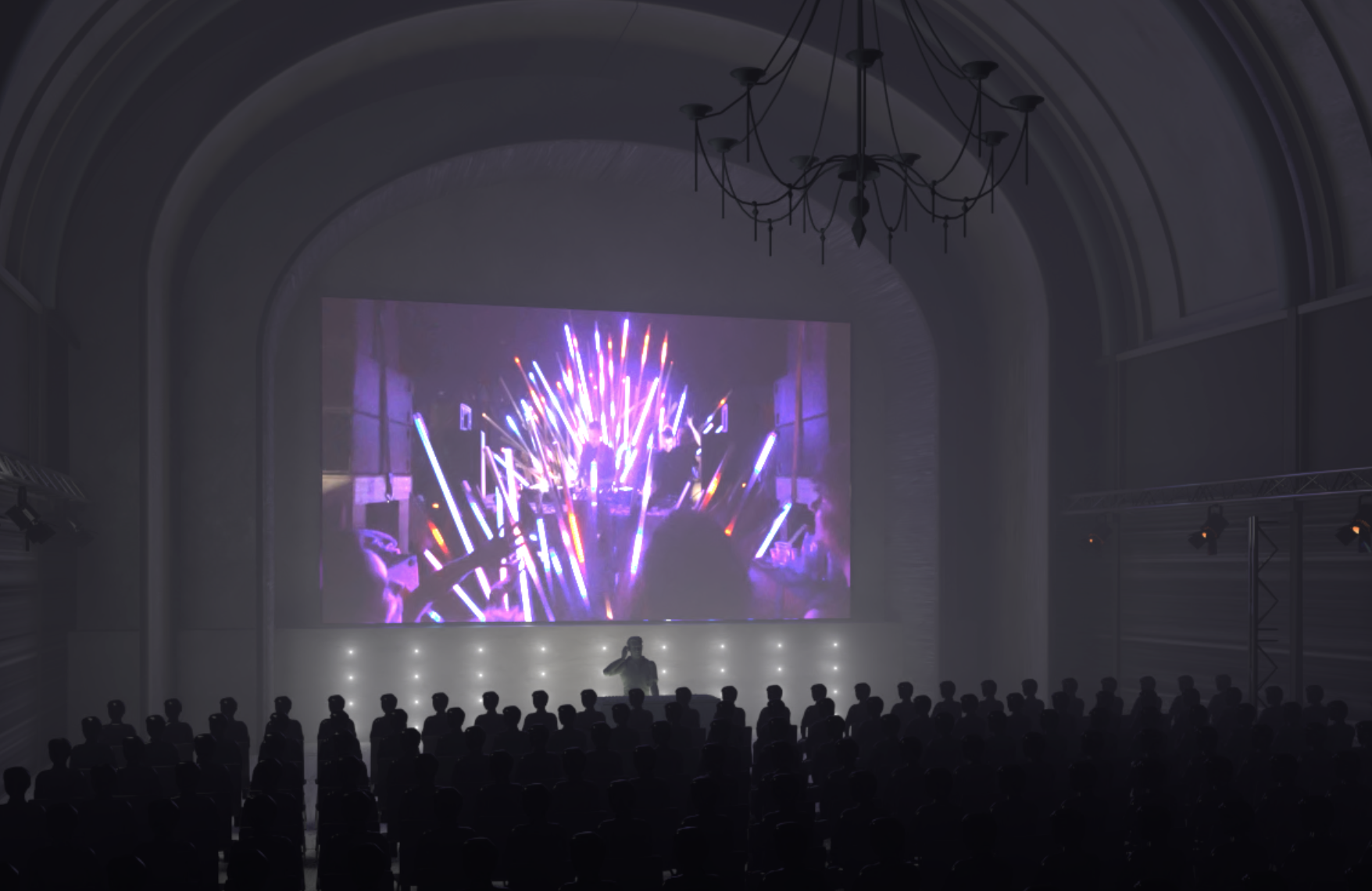 Alex.Do will perform the soundtrack across a special AR live stream on Nov 13th and 20th

Six months ago team ‘Symphony of Now’ were on a plane to the USA for a seven-date tour in conjunction with German Embassy in Washington D.C. At that moment the European travel ban was announced and the live project came to a halt. Instead of waiting for borders to reopen the team pivoted into the digital space producing the ‘Symphony of Now Hybrid Experience’. Alex.Do performs the soundtrack to film as he himself is immersed in an augmented reality setting. Through the usage green-screen technology and pre-produced AR effects the audience is brought to the virtual world.

The movie revisits the Avantgarde approach of Walther Ruttmann’s ‘Berlin – Die Sinfonie der Großstadt’, a 1927 film describing a typical day in Berlin, by offering a kaleidoscopic of scenes and images from night time Berlin. Using the camerawork of filmmaker Lil’ Internet and Alexandra Weltz, in addition to his own cinematography, director Johannes Schaff leads the viewer past urban panoramas, along recognisable junctures, to private momentsand secret places. The films aural backbone is provided by a score curated by Innervisions’ Frank Wiedemann (Âme), alongside integral German artists Modeselektor, Hans-Joachim Roedelius, Gudrun Gut, Samon Kawamura, and Alex.Do.

Immediately prior to the screening there will be a live virtual Q&A introduction session with Alex.Do (performing artist), Johannes Schaff (film director), Max Hassemer (producer), Brendan Shelper (producer) and very special guest Ricklef Beutin, the Deputy Chief of Mission at the German Embassy. Each show will have an estimated running time of approximately 75 minutes in total with the film will be screened twice over two weekends to accommodate for timezones. The event is online only via web portal with only pre-registered guests gaining access and registration is available on the symphonyofnow.de website. Tickets are free with limited capacity of 1000 per event.

The tour is funded by the German Federal Foreign Office.