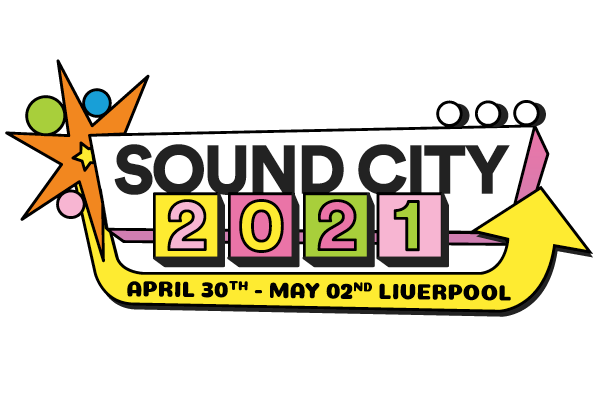 Revered and celebrated as a defining weekend in the new music calendar, the leading champion of emerging UK talent, and globally-recognised Sound City is set to return bigger and better than ever in 2021- standing as the first place to catch your next favourite act and the only destination to find the artists soundtracking the year ahead. With three full days of music discovery right across the city of Liverpool, the very best emerging sounds and artists can be found in the most unusual venues and spaces.

Ahead of the curve with its new music weekend and conference playing host to the thinkers and movers at the forefront of music culture, Sound City welcomes 100s of acts and figures looking here first for what comes next in music. 2021 looks set to be no different, with its bumper first wave of names featuring generational leaders, homegrown trailblazers and scintillating new faces all poised to seize the year as their own.

Carving out his own unmistakable place in modern music, Rejjie Snow heads to Sound City for an action-packed headline set brimming with his distinctive hip-hop charm. With an eye on the future ready to be unveiled, expect a must-see coronation at Sound City next year.

Bursting with eclectic sounds and a diverse lineup that picks upon the stories and exciting artists making their own out of each, Sound City is tapped into every corner of what comes next for music. A vibrant local story of wide-eyed ambition, Red Rum Club take to the Sound City stage in 2021 for a celebratory homecoming headline slot while The Murder Capital bring their powerful presence to Sound City in 2021 for a jaw-dropping look at what comes next for one of the most important new bands going. Electro-punk boundary breakers Working Men’s Club bring their incendiary live show to Sound City next spring, while indie-pop reigns supreme with Abbie Ozard and Thomas Headon both making appearances in Liverpool next year on their way to the top. Set for big indie stages, The Snuts bring the fire to Sound City next year while the city’s own The Mysterines take to the stage proving why they’re one of the most talked about new bands in the UK right now.

Speaking about headlining Sound City 2021, Red Rum Club said:
“Sound City as a festival is massive for us. It’s been the biggest live original music festival in our hometown since we started out as a band. We’ve always strived to get on the bill at any level we could, so to be headlining next year is truly humbling for us. We feel proud and excited! We always try to deliver something special whenever we play a hometown show and Sound City ‘21 will be no different…”

On playing a hometown set at next year’s Sound City, The Mysterines said:
“We’re so excited to be playing Sound City next year. As it’s our hometown we always look forward to playing shows in Liverpool. We’ve missed festivals this summer so much and we can’t wait to play!”

Another local titan, Jamie Webster brings tracks from his Top 10 Album ‘We Get By’ for an almighty singalong, whilst rising guitar favourites The Lathums drop in on their way to a landmark 2021.  With the likes of Louis Berry, The K’s, Stanleys, TTRRUUCES, Rosehip Teahouse, Bull, Sprints and more all confirmed – Sound City stands above the rest with the sounds soundtracking your 2021.

These first names stand as an early taste of what to expect from the return of Sound City, the first stop for the biggest acts on the planet to make their early mark and for fans to discover the sounds and artists ready to soundtrack the year ahead. Announcing a 50% representation of women and minority genders in artists playing the festival next year on this first announcement and promising music discovery at every corner, it’s impossible to leave Sound City without a new favourite act, with 2021 now more important than ever for thriving and exciting new music.

Speaking about Sound City 2021, Managing Director Rebecca Ayres says:
“It brings me great joy to announce the first names and details for Sound City 2021. In an incredibly tough year for all of us in the music and events industry, it’s now more important than ever to support live music and new exciting music – something we’ve lead the way on for nearly 14 years. 2021 looks set to be our biggest Sound City to date, with incredible names like Rejjie Snow, Working Men’s Club and The Murder Capital, as well as unmissable local talent in Red Rum Club, The Mysterines, Louis Berry and Jamie Webster to name but a few, with more still to announce. 2020 may have passed us by, so looks like we’ll have to pack twice the amount of fun into 2021? We’ll see you there!”

Continuing their long-standing relationship, Sound City is once again the UK’s lead festival partner for Keychange, a global movement focused on the restructuring of the music industry to achieve gender equality. Sound City are committed to championing gender equality across all of their global musical projects from Sound City Korea, Ipswich and latest streaming platform Guesthouse. Leading a vast array of festivals and events across the UK and beyond, the focus remains on achieving 50% representation of women and minority genders by 2022 – with a 50% representation of women and minority genders announced in the festival’s first batch of names and a range of initiatives, panels and more lined up in collaboration with Keychange over the coming months. Alongside Keychange participants Hello Delaware and Isobel Nieb being announced for Sound City today, this week as Keychange marks the UK Keychange Week, expect a range of collaborative events including a very special launch takeover from Keychange via Sound City’s pioneering Guesthouse platform – which has been bringing live performances and new artists to screens across the globe over the past few months, adapting to a new world with music at the forefront.

As a part of Sound City celebrations, the Sound City+ Conference returns in 2021, sitting as a hotbed of forward-thinking ideas and discussion on what lies ahead for the music and entertainment industries. Bringing together figures from across the globe for what’s primed to be one of the first opportunities to reconvene and examine the music landscape after a transformative 12 months, the Sound City+ Conference will feature a range of programming, panels and speakers not to be missed. Giving back and inspiring a new generation, the future of music once again thrives through the streets of Liverpool.

Tickets for Sound City 2021 are available from 10am on Wednesday September 23rd, with a limited batch of festivals tickets on sale at exclusive earlybird prices for 48 hours only. Full general release weekend, day and VIP tickets are on sale from 10am on Friday September 25th.

Taking over a bubbling UK music capital once again with the best in new and exciting music, there’s nothing quite like Sound City.